With the excitement around the launch of next-gen consoles still in full force, we thought you might be interested in an infographic from EA SPORTS FIFA 14, the world’s most popular sports videogame and the highest rated next-gen videogame (#1 on Xbox One, #2 on PS4).  The infographic highlights the immense popularity of the game along with some interesting in-game stats that may surprise soccer fans. 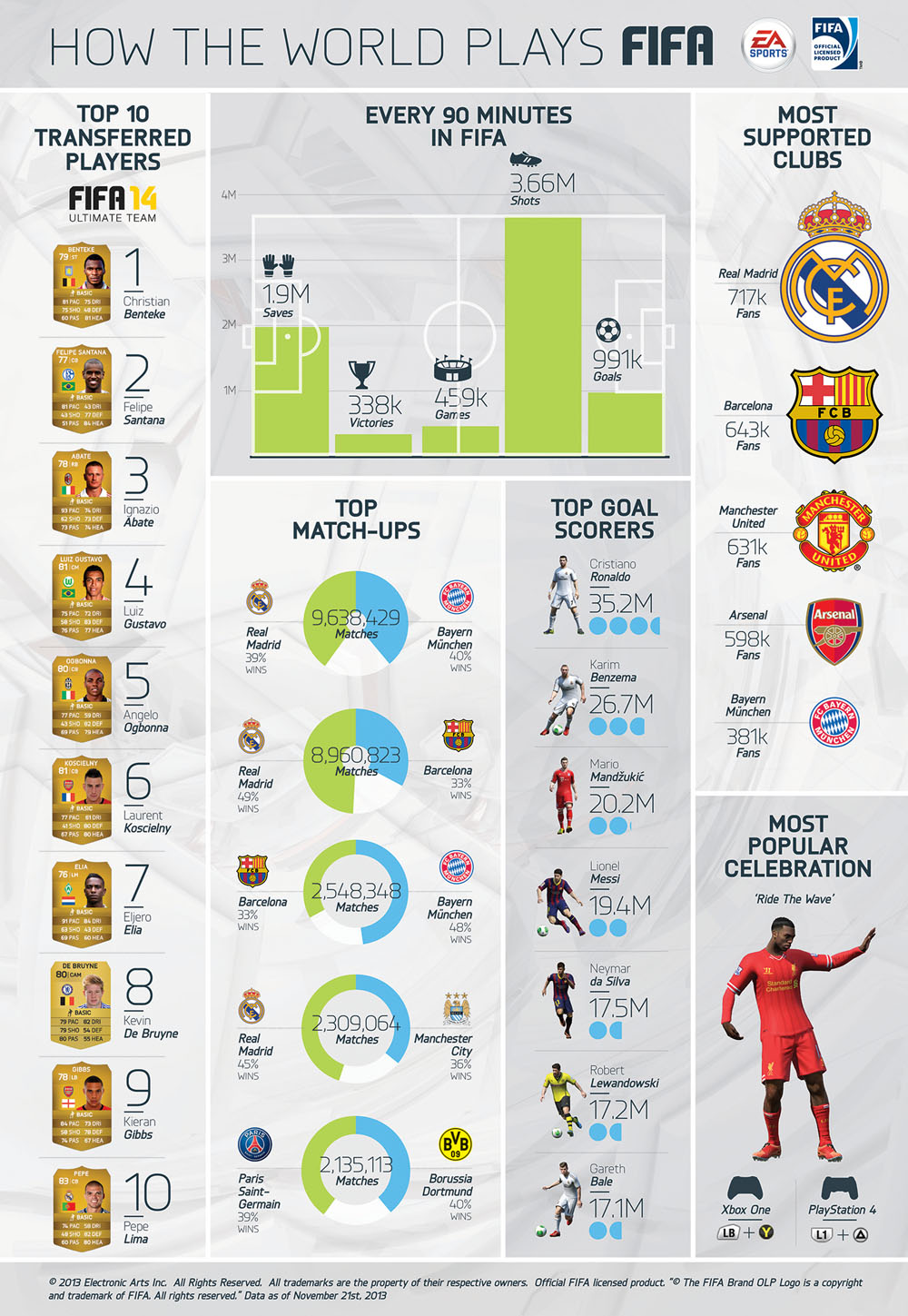 FIFA 14 makes gameplay feel more alive than ever with players who think, move, and behave like world-class athletes. Players have four times the decision making ability with human-like reactions, anticipation, and instincts.  With 10 times more animation depth and detail than previous games, FIFA 14 delivers the dynamic movements and biomechanics of elite athletes, and the increased fidelity has a game-changing effect on gameplay.

I've been an avid gamer since I stumbled upon ZORK running in my local Radio Shack in 1980. Ten years later I was working for Sierra Online. Since then I've owned nearly every game system and most of the games to go with them. Not sure if 40 years of gaming qualifies me to write reviews, but I do it anyway.
You might also like
Developer CoverageGaming News

New video for World of Darkness VR horror game Wraith: The Oblivion – Afterlife
Be the first to comment!
Leave a reply »