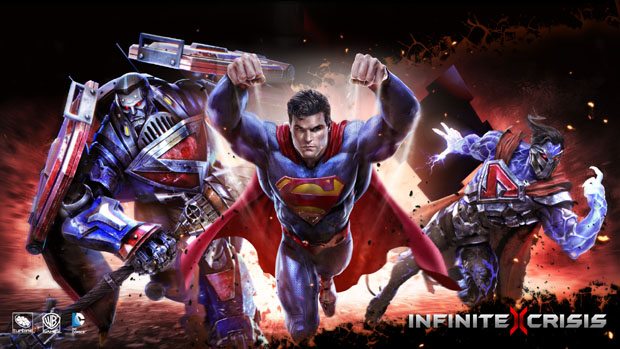 Get an inside look at Superman in the latest Champion Profile video from Infinite Crisis, the upcoming free-to-play MOBA from Turbine based in the DC Universe! Then on Wednesday, February 5, play him in-game and defend Earth as the icon of truth, justice, and eternal hope.

Escaping the doomed world of Krypton in a ship built and launched by his birth parents, the infant Kal-El was discovered by a childless couple in rural Kansas. They named him Clark Kent, instilling lessons of empathy and compassion. When Clark’s amazing powers emerged, the Kent’s revealed the secrets of his origin, spaceship, and his true name, Kal-El. Through the support of his adoptive parents and recorded guidance of his birth parents, Kal-El uses his gift to protect and inspire the people of Earth to greatness.

A fearsome initiator, Superman soars into battle with a peacekeeper’s ferocity.

Players can sign-up for the closed beta to be among the first to test their skills with Superman in the Infinite Crisis battle arena.