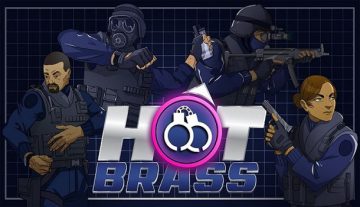 Hot Brass is a game reminiscent of the SWAT series in its design and approach to scenarios, if you combined that game with the top-down perspective and control scheme of something like Hotline: Miami. The goal is not to kill everyone on the map. Instead, you have to go into the situation like a real SWAT officer, tasked with taking control of the scene. Your ultimate goal is to try and take everyone alive. Sometimes, those people will give up quickly and easily at the first sign of law enforcement. Other times, they’ll fight back, forcing you to have to come up with outside-the-box solutions to try and disarm them, or overwhelm them and convince them that there is no other option than to surrender. Sometimes, someone will decide that they’re not going to be taken alive and will leave you no choice but to return fire. But the way the game is designed, they really encourage you to try to find alternate solutions to each scenario than all out bloodshed. 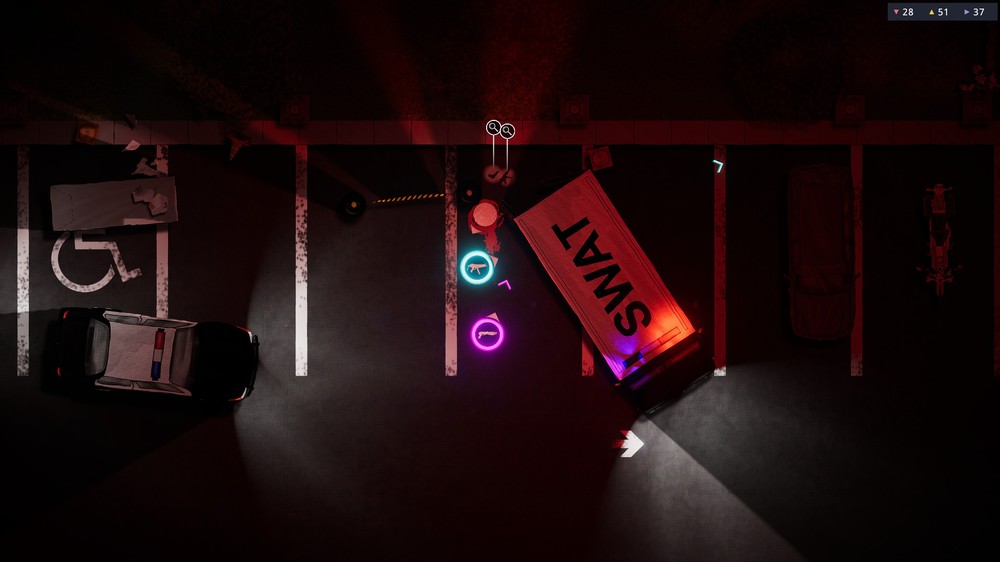 One of the first things that you notice about Hot Brass is the simplified icon system used for representing the characters in the game. At first, I thought that would detract from the feel of the game. Seeing people as a mere icon that shows what they’re holding in their hands seemed to take away from the otherwise highly detailed nature of the rest of the game. After playing the game, I quickly realized that the icon system is a genius and masterfully designed way of relaying all of the pertinent information about the characters in the game to the player. The icons aren’t static, either. Instead, they are animated and will change depending on the events occurring around them. Surprisingly, this is a very effective way of showing the player exactly what is going on with very little chance for misinterpretation, which would have been much harder to execute using more realistic looking character models from a top down perspective.

In a game where split second decisions need to be made about whether or not to shoot a suspect based on their intentions, whether they are hostile or not, the icon system is an extremely intuitive way of showing the player the character’s subtly changing intentions in a quick, clear way. It takes only a little time to pick up on the subtleties of the system, but once you get the hang of it, you can very quickly determine the difference between someone who is merely holding a gun to someone who is intending on using the gun in a hostile manner toward the officers trying to control the scene. 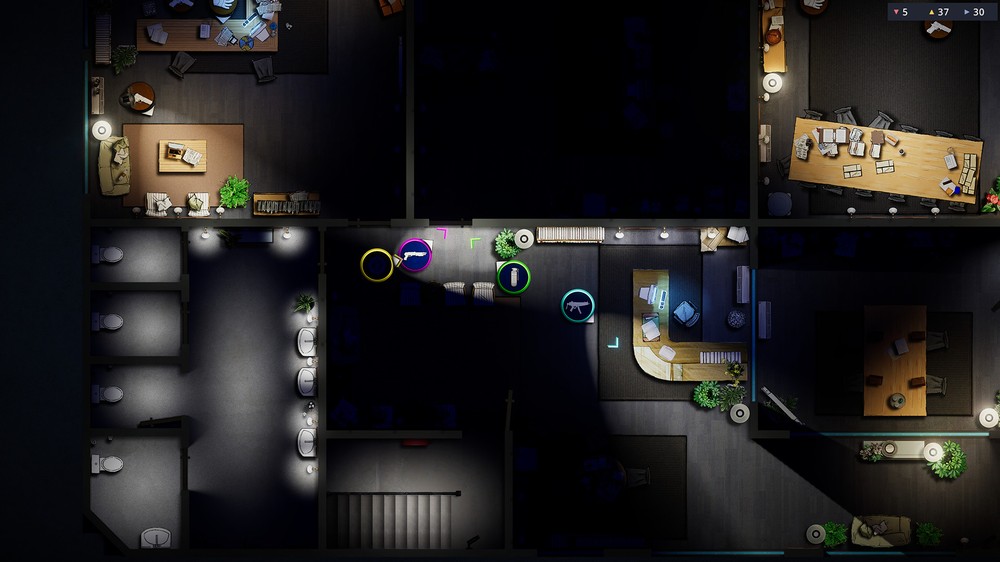 This game is intense. It requires you to approach each situation from a very tactical mind-set. Sometimes, a suspect will attack if you give them the opportunity, but if you overwhelm them with surprise, they’ll surrender, allowing you to arrest them without having to use deadly force. You have the ability to shout at the suspects to get them to surrender, taze them if they resist, and handcuff them to keep them subdued while you clear the rest of the map.

Nearly every part of the environment is destructible, so if you go in with a breaching charge, you can blast holes in walls, or even shoot smaller holes in the walls with your guns, if you need to have a better angle on something going on in the next room. You can equip yourself with various tools that will help you in each scenario, as well. Arming yourself with night vision goggles on a map that is dark will obviously give you an advantage over the suspects on scene. You can use cameras to look under doors and get an idea of what’s waiting for you on the other side. The limit to the solutions available to you for each scenario is pretty much left to your imagination and the tools available to you at the time. 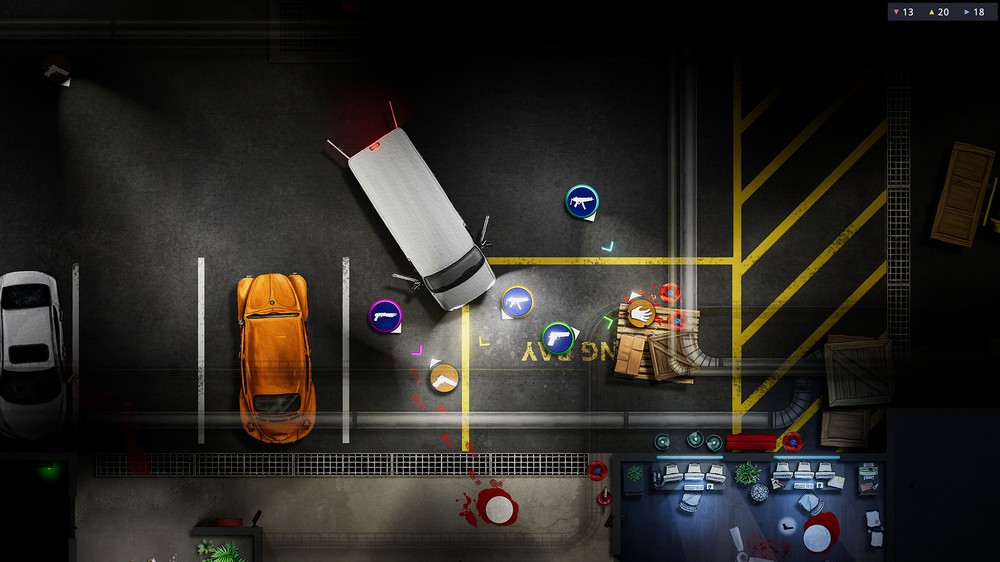 You can either play the game solo or with up to three other people to make a squad. It is extremely challenging to play the game solo, but definitely possible. Playing with others will allow you to work together to come at a room from multiple angles, or to have one person throw in a flashbang while the other breaks in through a window on the other side of the room, for example.

I am very excited to see how this game develops and looking forward to kicking down some more doors with other operators in the near future. For people who like games that require tactical thinking and problem solving and aren’t all about just killing all hostiles, Hot Brass is one to put on your Steam Wishlist. 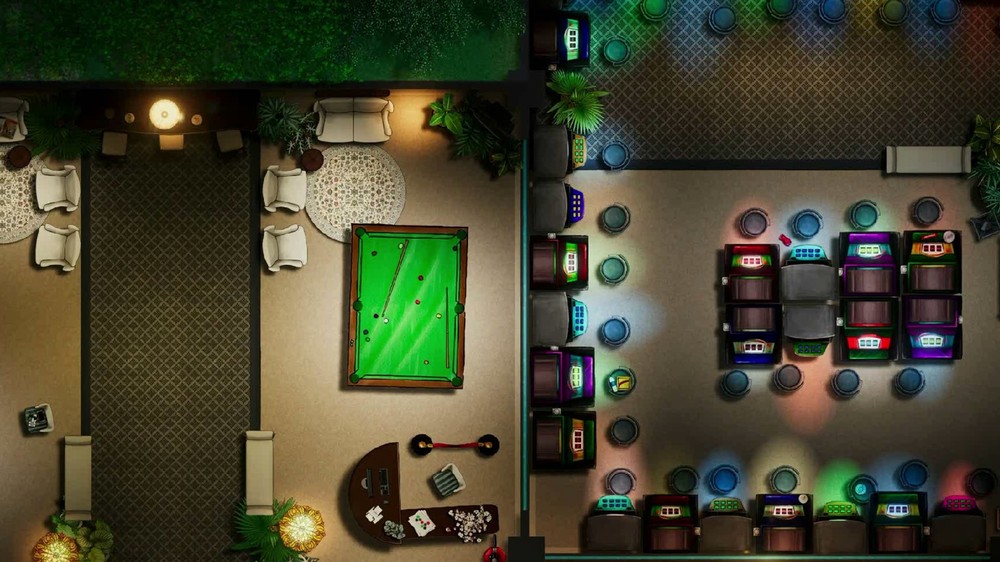 My first memories of gaming are from when I was 5 years old and my dad got a Commodore 64. It has been almost 30 years and my passion for gaming has only grown. I play a little bit of everything, but am particularly interested in the emergent and unscripted gameplay that comes from open world, sandbox-style online multiplayer games. It is a very exciting time to be a gamer, but I still feel like the best is yet to come. I can’t wait to see what comes next.
You might also like
Game PreviewsPC