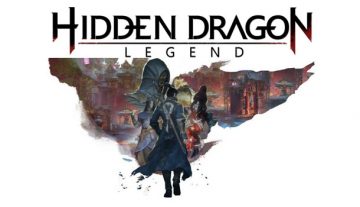 Oasis Games Ltd, a leading independent Chinese publisher, today announced that its new 2.5D Action Platforming game, HIDDEN DRAGON LEGEND, will launch this August for the PlayStation®4 computer entertainment system. Set in ancient China, the game challenges players to battle an array of fierce foes, jump and grapple to avoid obstacles and enemies, build their character through a deep, RPG-style skill tree, and solve puzzles in the heat of battle.

HIDDEN DRAGON LEGEND, which is powered by Unreal Engine 4, is a Chinese-developed indie title that transports players to Imperial China. In the game, players will utilize all their skills in combat, acrobatics, and puzzle-solving to navigate their way through tough enemies, powerful bosses and Metroidvania-style puzzles while building their fighter through an extensive skill tree that allows players to customize their fighting style. In the game world, competing factions vie to obtain a powerful object called the Dragon Cauldron, which grants inhuman powers at the cost of sanity and reason. When the player character finds he has been put under the spell of the Dragon Cauldronby a dark faction, making him a mere puppet forced to kill, he ventures forth to settle the score.

Developed by MegaFun Games and published by Oasis Games for PS4™, HIDDEN DRAGON LEGEND will be available on the PlayStation®Store for $19.99 this August. This game has not yet been rated by the ESRB.