When I first heart of Blizzard’s Hearthstone, their upcoming online card game, I have to admit I was a little wary. Initial previews made it seem too simple, and, as a fan of Magic: The Gathering, Netrunner, and similar card games, I felt that having a certain amount of on-the-card complexity was necessary to make a card game engaging.

That said, I was still interested in how a casual, accessible card game would work. It’s impossible to argue that Blizzard doesn’t put out incredibly polished games, and if anyone could make it work, it was going to be them. After playing it, I was pleasantly surprised. While Hearthstone didn’t quite manage to be my cup of tea, I’m looking forward to seeing how it grows and changes over time, both as it nears release, and with future expansions. 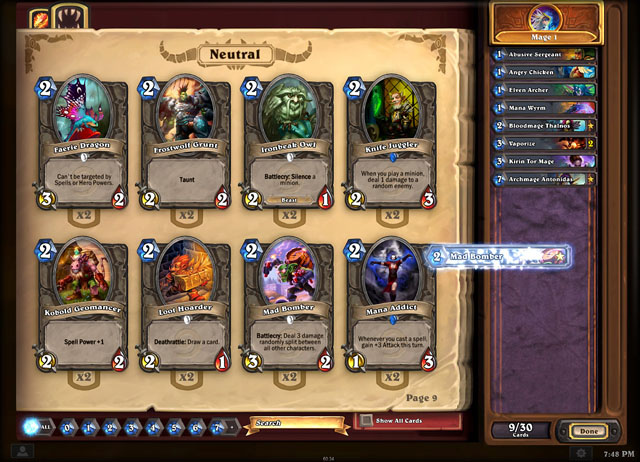 If you’ve watched any streams of the game, all of this is going to be old hat, but it might as well be gone over. The core of the deck is your character class. There are nine classes, modeled after the classic World of Warcraft classes (No Deathknight or Monk yet, unfortunately), and a goodly number of cards are class-restricted. Unfortunately, there’s not much to tell what each class specializes without looking through card spoilers and getting a full list of what everyone does. I just ended up picking Warrior, my old class in WoW, and got into it.

Once you’ve picked a class and have a deck for them you can get into the meat of the game, playing against other players. If you’ve played a CCG before, the big innovation Hearthstone adds to the table is how streamlined everything is. There are no phases, you can play cards or attack at any time. There’s only one resource, and you get it automatically. There are only spells, creatures, secrets, making it so you can’t actively interrupt other players’ turns. All damage on creatures persists unless healed, so the boards tend to get cleared out regularly. Everything goes very quickly. 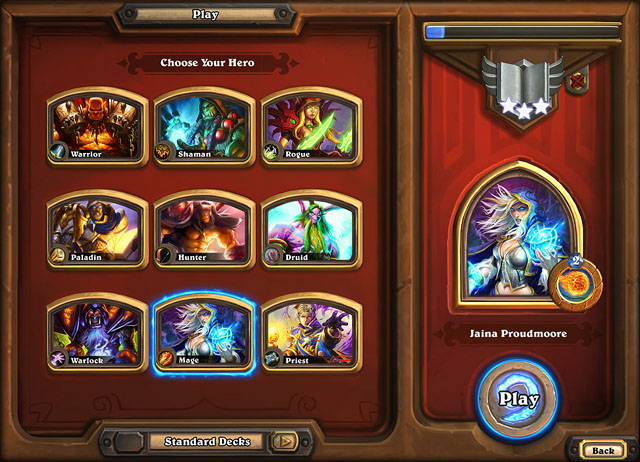 In place of drafting, there’s the Arena. For 150 gold or about $2, you can take on Hearthstone’s version of a draft tournament. The deck building is entirely solo, where you pick one of three classes, and then pick one of three cards from the presented sets until you have an entire deck for your character. It loses some of the interaction from drafting, but for something you can drop into at any time, it’s a strong decision that takes advantage of the format. Once you have your deck, you go into one-on-one player versus player matches. For each match you win, you get a slightly better key, and once you lose three, you use the key to get your prizes. It adds a great feeling of stakes that I just don’t have in normal matches, but I kind of wish I didn’t need to grind for gold in standard matches to get in.

There’s a lot of charm in Hearthstone, in the game’s bright graphics, round creature icons, and familiar characters and spells. It was pretty clear there was a good effort putting into making everything as friendly as possible, and my favorite part of Hearthstone is the fact that you can only talk to your friends. Matches against random players limit communication to a few premade barks, voiced by your hero. While it’s still entirely possible to be kind of a jerk (Apologizing after you wipe your opponent’s board, for instance), it definitely beats being berated by some kid I’ve never met for being bad at card games. Between friends, you can chat normally.

Hearthstone did a fair number of things that impressed me. It’s probably not going to be getting my free to play dollars any time soon, but for people looking for a card game, and turned off by the complication of its competitors, or just in for some quick fun, Hearthstone is a strong bet. 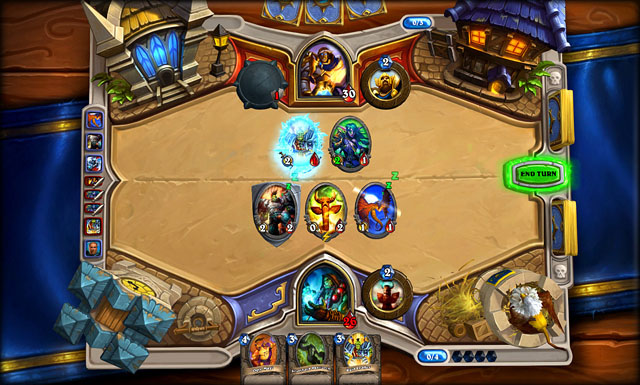 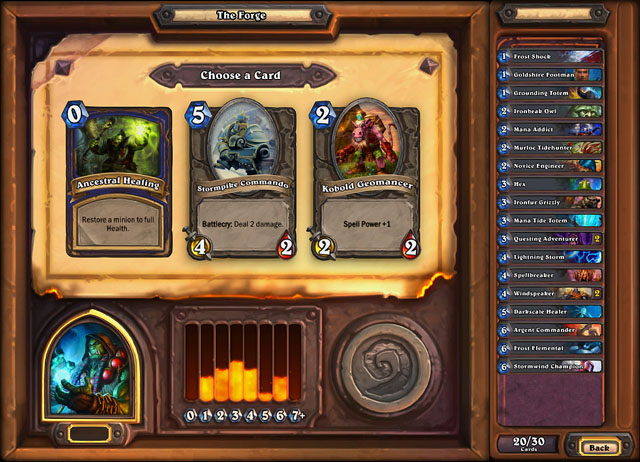 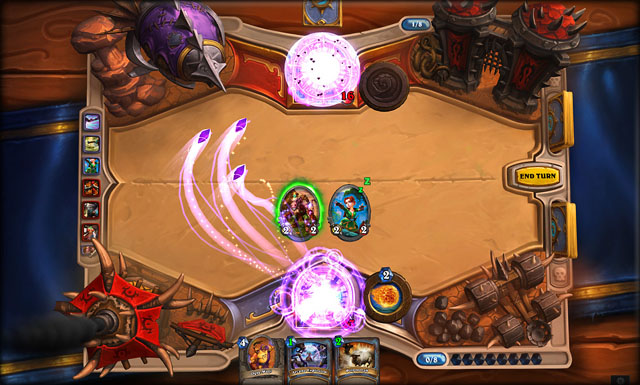 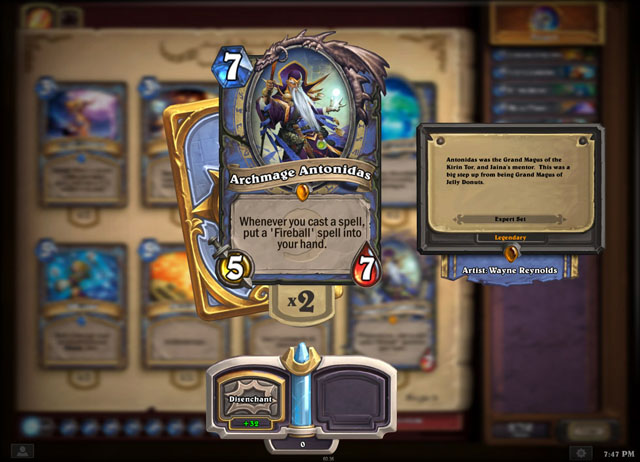