Headlander, Out Now on PlayStation 4 and Windows PC 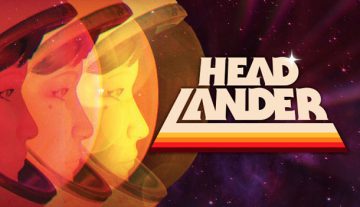 Launch into the ultimate head trip in Headlander, the new retro-futuristic action-adventure published by Adult Swim Games and developed by Double Fine. Out now for PlayStation 4 and Windows for $19.99, Headlander has already garnered acclaim from media around the world, including IGN, who proclaimed it “…an unexpectedly great take on Metroidvania-style action,” while GamesRadar hails it as “[Double Fine]’s best marriage of concept and quality of content since Psychonauts.”

Today’s game launch also marks the release of the Headlander Official Soundtrack, composed by David Gregory Earl and created using tape and analog synthesizers to deliver a distinctive, groovy 70s sci-fi soundscape. Read about the music-creation process and hear a variety of track samples on the PlayStation Blog, where you can also check out a music video to get a sense of how the soundtrack reflects the far-out game aesthetic. The soundtrack is available in a bundle with Headlander on Steam for $24.99.

Set in a world inspired by 70s science fiction, Headlander puts you into the shoes… errr… disembodied head of the last known human in the universe. Seeking clues to your fractured past, you must travel through a hostile world of machines using a special helmet that allows you to dock into and take control of any robotic host body. As you launch from one body to the next, you’ll start to discover that things are not quite what they appear to be, and the fate of humanity has yet to be decided.

Get Headlander now on the PlayStation Store and Steam. Headlander is rated T for Teen.

I've been an avid gamer since I stumbled upon ZORK running in my local Radio Shack in 1980. Ten years later I was working for Sierra Online. Since then I've owned nearly every game system and most of the games to go with them. Not sure if 40 years of gaming qualifies me to write reviews, but I do it anyway.
You might also like
adult swim

Robot Chicken: Season 6 Blu-ray Review
Be the first to comment!
Leave a reply »