The latest chapter in the storied Guilty Gear franchise will finally land in the hands of fighting game fans on April 9, 2021 for the Playstation®4, Playstation®5 and PC via STEAM®.  The Deluxe and Ultimate Edition will be available for purchase and playable* on April 6, 2021**.  Also, series newcomer Giovanna and dual-fan wielding Anji Mito will be joining the Guilty Gear™ -Strive- launch roster.

When Guilty Gear™ -Strive- launches, the game will be available in a variety of editions that will please long-time Guilty Gear fans as well as newcomers to the series, including;

Ultimate Edition will be THE version for diehard Guilty Gear fans and will feature the following; 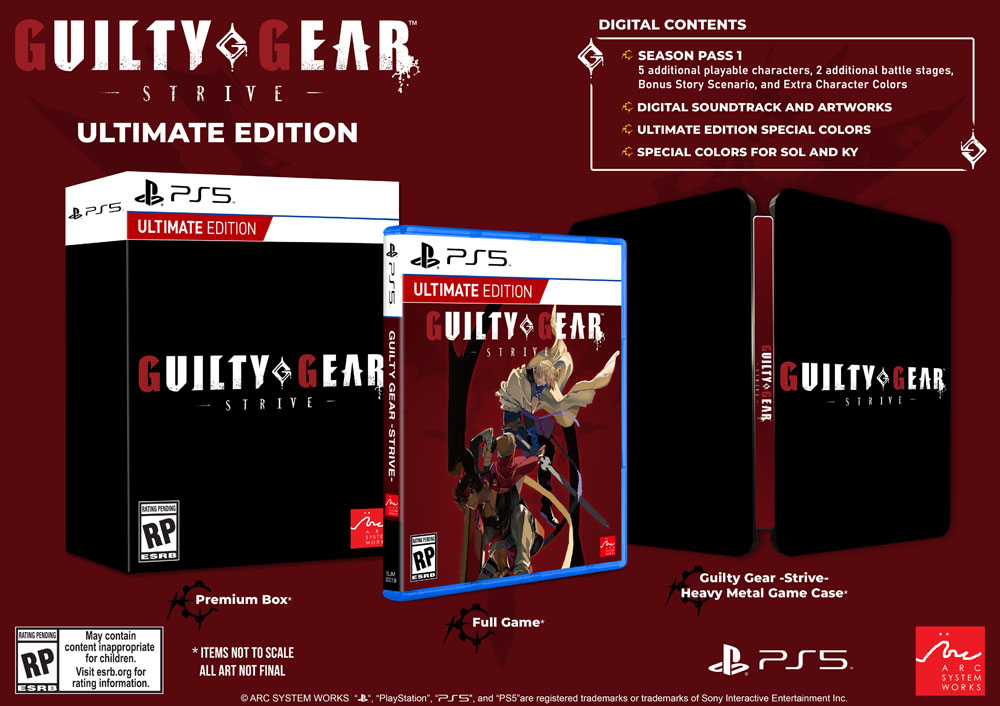 Early Purchase Bonus will give access to special colors for Sol and Ky that also alter the colors of the effects of their attacks. Available only in the initial prints of the physical editions of the game or digital purchases made before April 23, 2021.

Pre-order Bonus: Customers who pre-order Guilty Gear -Strive- on the PlayStation™ Store will get one day of early access to the Open Beta Test as an exclusive bonus! See the official site for more details.