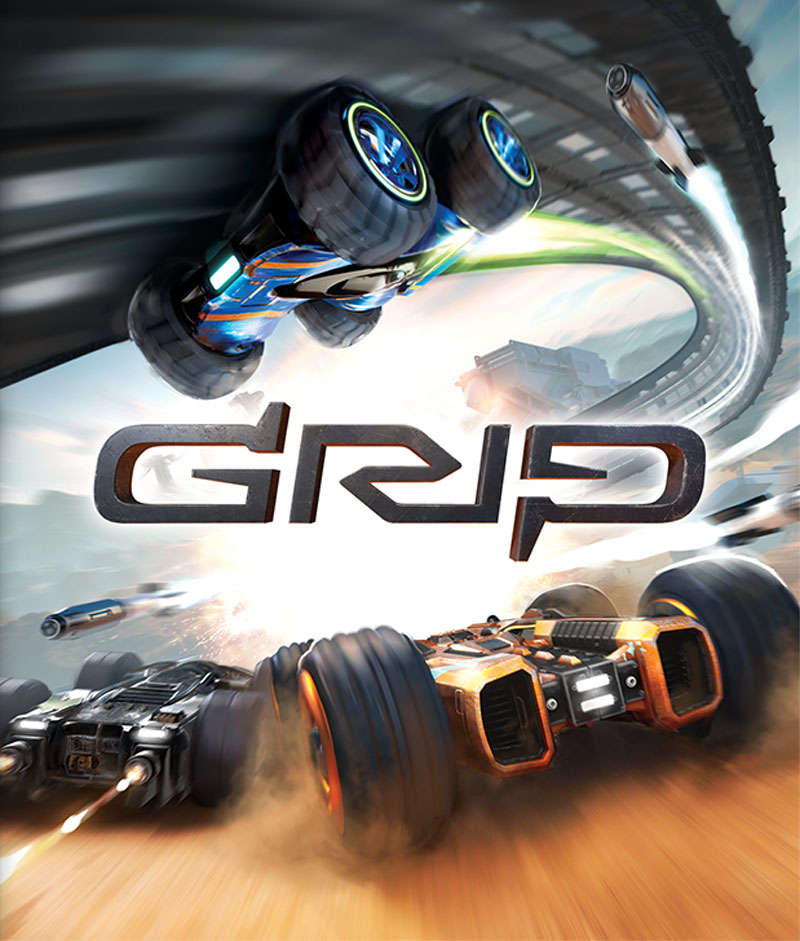 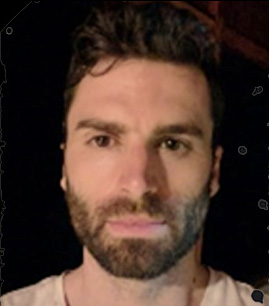 We had the chance to talk with Chris Mallinson, Co-founder of Caged Element and Game Director for GRIP: Combat Racing and get some cool info about this highly anticipated racing game.

Q: Thank you for your time. Please get us started by introducing yourself and telling us about the team working on GRIP and how Rollcage inspired this new racing game.

My name is Chris Mallinson, co-founder of Caged Element and Game Director for GRIP: Combat Racing. Back in 2014, researching Rollcage out of pure nostalgia I stumbled across a blog by Rob Baker – a developer on the original games. Rob was still updating Rollcage to keep things running smoothly on the latest versions of Windows. Clearly Rollcage was still in Rob’s mind and we soon started plotting towards a successor to the franchise.

The team as a whole is made up of industry vets and fans of the original game series – we’ve got ex-codey’ level designers, visionary artists who made fan concept art for a Rollcage “Stage 3” and seasoned programmers like Rob, all working from remote locations around the world.

Q: Please tell us about any unexpected changes/additions to GRIP that evolved during the Early Access period?   Any inspirations from community feedback?

Community has been a big part of making GRIP the game it is today. We launched in early access with what was really a proof of concept or statement of intent – a few very basic tracks and some racing physics showing more what we wanted to do rather than how the end product would look and feel. GRIP has grown massively since then and heading towards the launch version we’re now looking at 22 furiously fast race tracks and 15 beautifully crafted vehicles.

The thing that’s been really key is achieving a good balance between all of the vehicles and weapons in the game… alone we could never have put the sheer number of hours into the game that the early access community have behind them, so simply put we wouldn’t know anywhere near as much. It’s definitely made the game better. 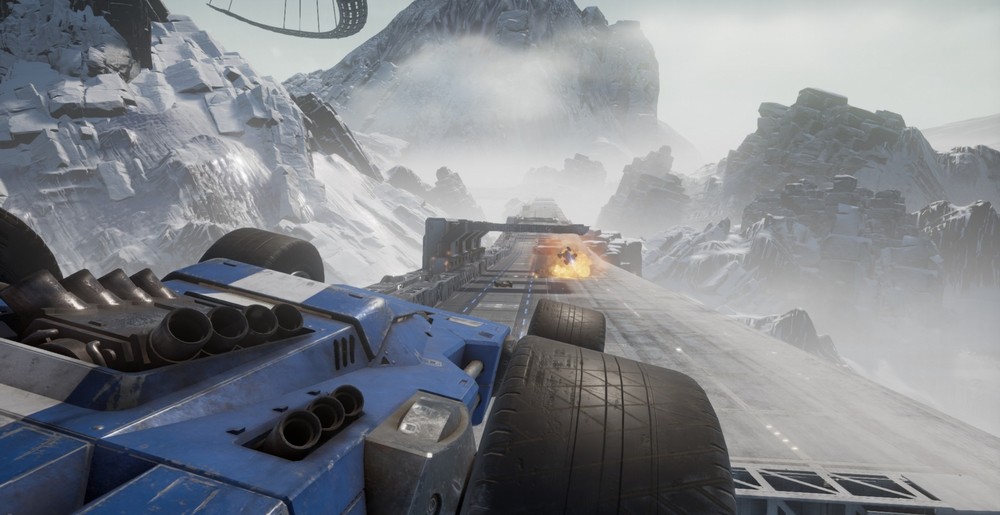 Q: In a combat-heavy game such as this, does car selection truly impact gameplay, and if so, how did you go about balancing the vehicles?

Car selection has a big impact on gameplay and you’re right to think that balancing was one of the hardest things to get right. In the game we have 3 classes of vehicle, speedster, mid-class and tank; You could liken these to the weight classes in other combat racers, but the differences are exaggerated and become even more apparent when playing the game in a mode where vehicle damage is applied. The penalties to acceleration make taking a tank for a spin high risk but the top speed is high reward – one thing that we always think is great about the game is that the shortest route is often not the quickest – it’s down to the players to work this stuff out and keep the balance of speed and control just right.

Q: What balancing considerations went into weapons and power-up design vs defensive measures?

Weapons have been a key area, I think it’s fair to say that myself and Rob always felt like the weapons in Rollcage, great and iconic as they are, were sometimes a little overpowered – it was way too easy to find yourself out of the race before it had even begun and this was something we were desperate to avoid.

We combat this a couple of ways in GRIP, the first is that the base power of each weapon is not too great – the savvy racer does have the ability to supercharge the weapon they hold by sacrificing another, but even at this level weapons are race changing rather than race ending. The second thing that plays a major part is the catch-up assist system – this is something that can be switched off or used to filter online games if you’re looking for a pure experience – but this essentially goes beyond just rubber banding the AI by instead applying different forces on the vehicles depending on their position. The end result is a far more competitive race that stays exciting right until the last corner.

Q: The physics and feel of the cars and the way they control seem to get better with each new update. Can you discuss the importance of physics in GRIP and how it impacts gameplay?

The physics in GRIP are totally central to the game and how it plays. We’ve put hours and days into perfecting the way the game feels. Keeping vehicles on the ceiling isn’t easy and has needed a lot of refinement. Making sure the vehicles move in the way they do has essentially led us to a point where nearly everything in terms of physics is custom code written by our team.

We started from a point of trying to make things as realistic as possible, but quickly had to acknowledge that with the vehicles’ aerodynamic properties as they are, they simply wouldn’t move in the first place. From there we’ve slowly but surely leaned towards prioritizing the best possible handling within the game. That’s not to say that we’ve disregarded realism completely – the game still maintains proper scaling so the speeds you see on the speedometer are real, making GRIP the fastest game on 4 wheels; the knock-on to this is a game which rewards control and precision above perhaps all else.

Q: Can you discuss how environmental destruction will be implemented as a combat tactic?

Destructible environments in the game aren’t something we’ve really shown off in full just yet – in some of our early access races we’ve played around with different elements which impede racers themselves rather than directly affecting your opponents. There is a large destructible set piece in one of the upcoming launch tracks which has a big knock on for the pack around you, and we haven’t been shy to include an exploding barrel or two along with some smaller elements along the way, but this is an area that we definitely think deserves more exploration in post-launch updates.

Q: The music selection is fantastic. How did you go about selecting the artists and songs? Will there be an OST offering on the Steam store?

Picking the soundtrack for the game has been a lot of fun and we’ve worked with some incredible artists from around the world. It’s safe to say we always knew what we wanted in terms of style, harking back to the original RC games but with a 2018 feel. We’ve had great support from the labels we’ve licensed from and all the tracks that are making their way into the final game really jumped out at us. We do have plans to distribute the soundtrack for the game and we look forward to sharing these details as soon as we can.

Q: 4-player split-screen could turn GRIP into the Mario Kart of the PC world. Any special game modes planned specifically for party-play?

Split-screen was always something we wanted to deliver and is a big part of the GRIP experience. We’ve spent a lot of our time so far focusing on the core racing and arena modes and think we’ve got these well balanced for both online and couch play.

I think it’s important to say we have a lot of ideas on how we can enhance the game post launch with some content already in the works. How you interact with your fellow racers is definitely something we’d like to explore down the line and we already have some ideas. 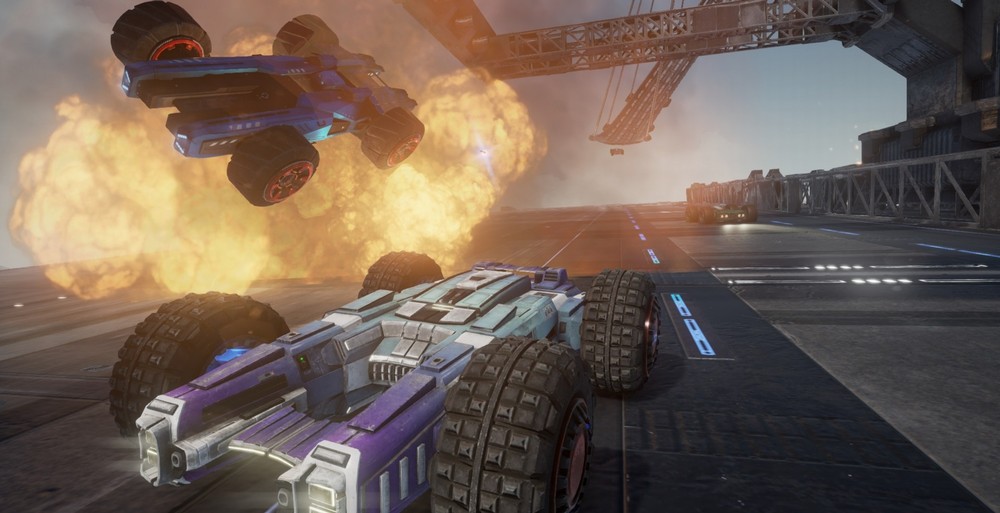 Q: I have to ask this for our growing VR gamer base; any future plans for a post-launch update that might include VR support?

Never say never – Wipeout has proven that a VR experience at these sorts of speeds is not only possible but very much playable. That said they haven’t had to worry about constantly turning players on their heads! If we bring VR to GRIP in the future it has to be right – that could take a long time and so far, we’ve had our heads down focusing on the on-screen experience.

Q: Some of these tracks reminded me of my old slot-racers with snap-together track pieces. Does your developer toolkit allow for the possibility of a track editor after launch, so the community can create their own designs?

No plans for a track editor just yet; it’s something that comes up and something we’ll look at maybe, but I think it’s easy to underestimate what it takes to design a functioning track in this game – the verticality of the gameplay makes coherent track creation a challenge even for seasoned designers.

Rather than building an editor we thought it was more important to focus on giving racers a good number of tracks ourselves for day one and we’re pleased to say that we’ll be releasing additional tracks via free updates post launch.

Q: What kind of Achievements do you have planned for GRIP? Any favorites?

We’ll be releasing the achievement list a little closer to launch but I can confirm there aren’t any online trophies.

Q: Thanks for taking the time to answer our questions. In closing, is there anything about GRIP that we may have overlooked that you would like to share?

I’d just like to say a big thank you to everyone who’s supported the game through its development – we’re super stoked to be heading towards our November 6th launch date on PlayStation 4, Xbox One, Nintendo Switch and PC. We’ll be sharing even more about the game over the coming weeks on our Twitter, Facebook, Instagram and Discord pages, so come join our community. 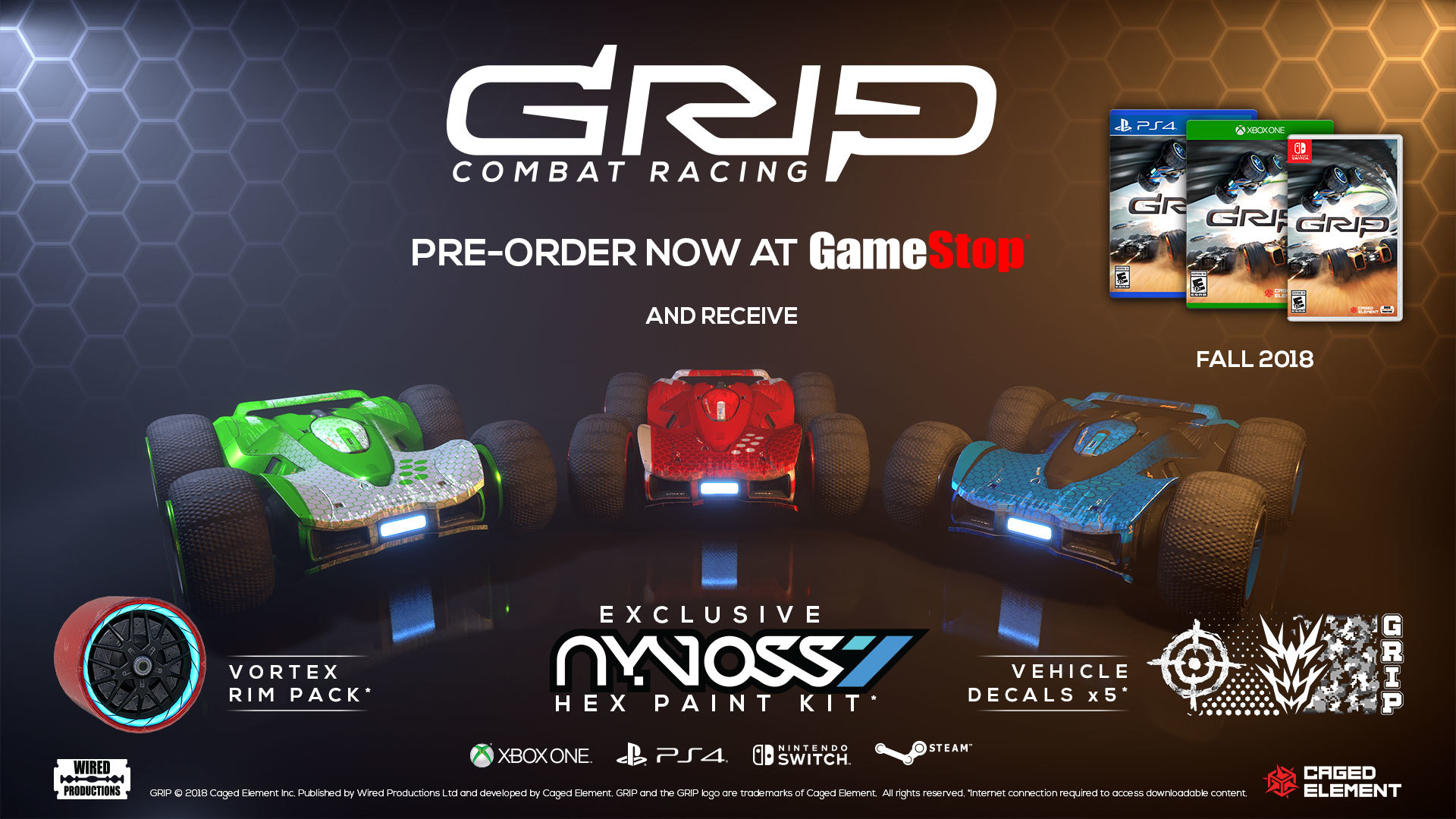 Those wanting to experience GRIP: Combat Racing can play now on Early Access on Steam.