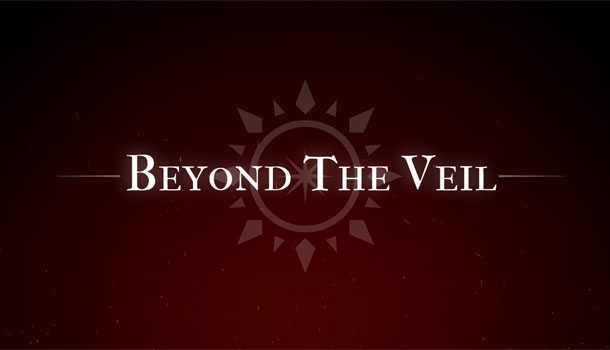 Developer Incubator creations has announced that bullet hell shoot ‘em up hybrid Beyond the Veil will be releasing on Steam on April 19th. The studio will be bringing an unforgiving and harsh world to players where madness is all around but the gods are nowhere to be found.

Inspired by classic bullet hell and shoot ‘em up games, Beyond the Veil will take players on a lore-filled (and bullet-filled) journey as the Wanderer to discover what happened to the gods and why they have abandoned the now wasteland world. Incorporating RPG mechanics, players will have to be resourceful and crafty when navigating the post-apocalyptic world. They will be required to gather resources and choose which powerful attributes and stat increases to give their character.

For those players looking for a challenge, Beyond the Veil features timed trials that will give players the opportunity to earn weapons, accessories, and inscriptions to give them the edge in combat against the hordes of enemies they will face. Featuring top-down combat movement and awareness are key to survival in Beyond the Veil’s real-time bloody battles.

Players will uncover the secrets of the five kingdoms in Beyond the Veil through procedurally generated maps and a dynamic weather system that presents a unique experience with every play through. Beyond the Veil will be coming to Steam on April 19th. To find out more about Incubator Creations visit the official site here.