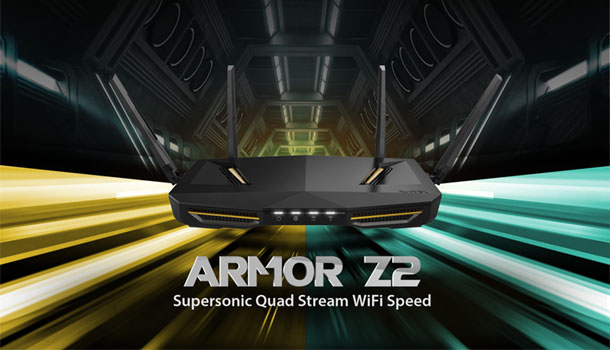 Since updating to the Armor Z2 my Wi-Fi performance has been the best I’ve ever had.

As I’ve lived in multiple cities, I have had the pleasure (?) of having to work with multiple internet services and of course, multiple modems and routers, some rented from the provider, others that I purchased to try and save myself that damn $7 rental fee. I came across the Armor Z2 by Zyxel at the behest of our Editor in Chief, who I had gone to visit on one of my last few days of paternity leave. After much talking about my adorable son we turned to the topic of games, movies and TV shows which is when I told him of my woes with lackluster Wi-Fi coverage in our home. I had purchased a Motorola surfboard gateway that was compatible with my ISP so that I could save myself that aforementioned rental fee yet again. Since I’ve had my Motorola surfboard I have not been able to use my Wi-Fi on my phone when I’m downstairs, our Apple TV buffered about every 3 minutes and once when we rented a movie on ITunes we had to wait for three days so it could load before we could finally watch it. Yes, it was that bad. Not anymore.

The Armor Z2 is a gaming and streaming router made by Zxyel which boasts a Dual Core 1.7 GHz CPU, 4GB ram and StreamBoost Technology it has four adjustable antennas for a coverage range of 500M2/5381 Sq. feet. It also uses beamforming technology to find your devices and sends its Wi-Fi signal straight to the devices instead of shooting it everywhere. It has built in usage monitoring systems that tell you which device, and which application are using up your bandwidth and helps you manage your data by allowing you to set schedules for device access and application priorities. The Armor Z2 is also equipped with 802.11ac Wave 2 Mu-MIMO technology, which simply means every device has a dedicated Wi-Fi stream to each connected device. The Armor Z2 has a great thermal control design with four inlet ports and four outlet to push the air through the device but not leave it in there. It also boasts 4K capable streaming abilities. Simply put, this is not your grandmother’s router…this is a beast! 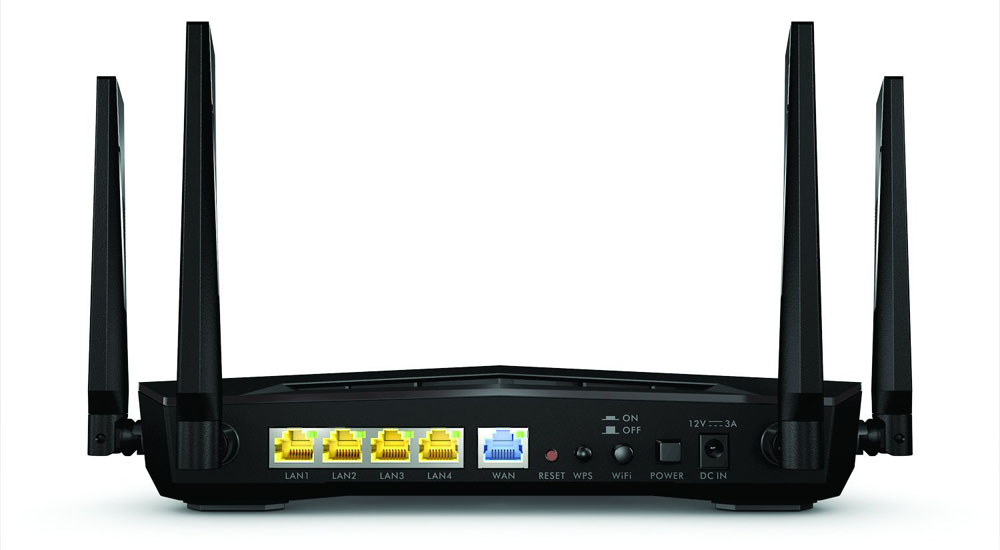 The Armor Z2 installation was easy enough. I simply turned off my Wi-Fi broadcasting on my gateway and hooked it up like a standard router to my now, simply modem surfboard. The fun began with just a simple IP address typed into my browser which lead me to my new router settings, I was met with a list of all active connections and a wand button at the corner of my screen that stated “eaZy 123” after starting the setup using the eaZY process which only asked me to choose a Wi-Fi name and password it set up both my 2.4Ghz and 5Ghz connections to use.   After a quick test of the Apple TV and phone downstairs low and behold I had range and bandwidth in my house. For the first time since we purchased our home we didn’t have to worry about being kicked off Wi-Fi or friends and family not being able to use their phones at our home. This was the great part of my experience with the Z2.

With the great experience came the headaches of having a new device to tinker with, especially one that promises so much control, speed and usability. Up front, this has been the best router I have ever used in terms of range, speed and initial set up. The issues started when I attempted to start working on port forwarding and triggers for my game consoles. I found that I couldn’t see any of the options promised in the router settings. I first thought this was locked behind a more advanced mode which I activated and found to still be lacking. I could see the options for all of the tools I needed but couldn’t use them as there was no text on the actual setting page, I accidentally stumbled across the fact that I had to highlight the page to be able to see them; interesting but not useful as I couldn’t type and keep everything highlighted at the same time. I switched to two different iPads, my phone and also my wife’s laptop to no avail; same issue on every browser. 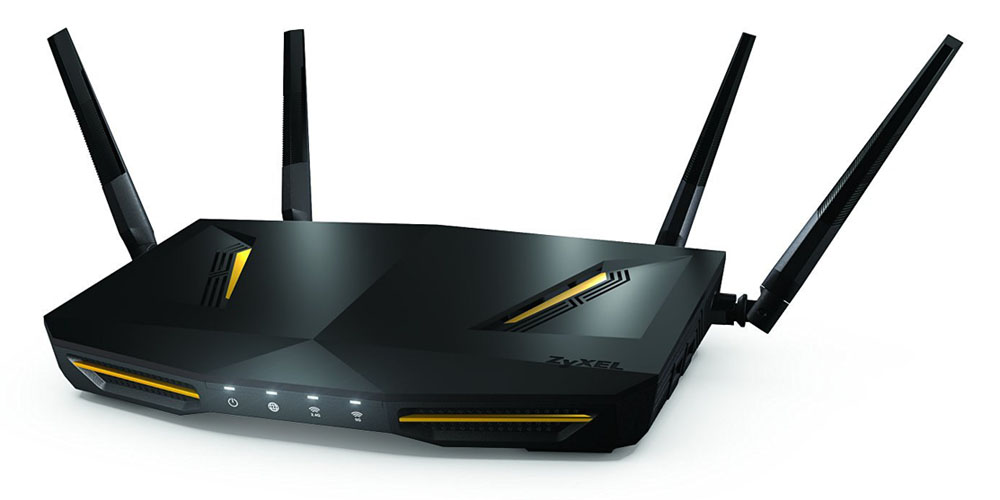 I reached out for support and received a response asking me which browser I was using, at the time I was on Firefox and for troubleshooting purposes I was asked to switch to IE, and it worked, I could see every piece of text under the settings and began the process of setting up all my console to clear up those nasty strict NAT issues. The changing of the settings was easy in of itself; it’s a pretty seamless experience. Zyxel does have an app that allows you basic control called One Connect but its capabilities are limited to speed tests, diagnostic, firmware upgrade and seeing who’s connected to your network. While those aren’t terrible features, they certainly are not something at the forefront of my personal needs.

Since updating to the Armor Z2 my Wi-Fi performance has been the best I’ve ever had. Aside from a few technical hiccups I would say without a doubt this is going to be my go to brand from now on for friends and family who are experiencing the same poor coverage I had. With the “eaZy 123” set up feature anyone can plug this in and get started within minutes. Who knows, this might end up being your grandmother’s router after all. 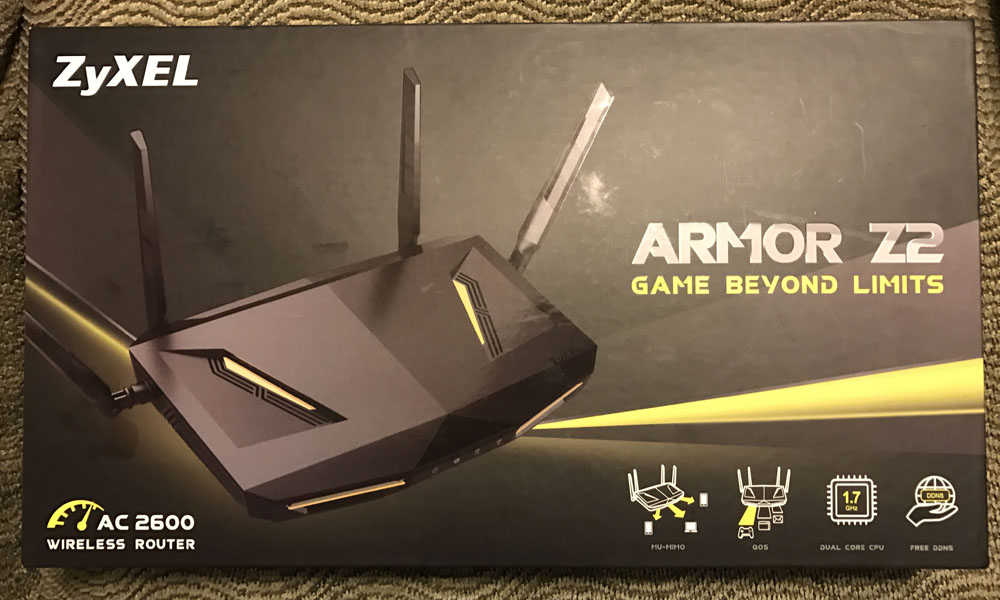 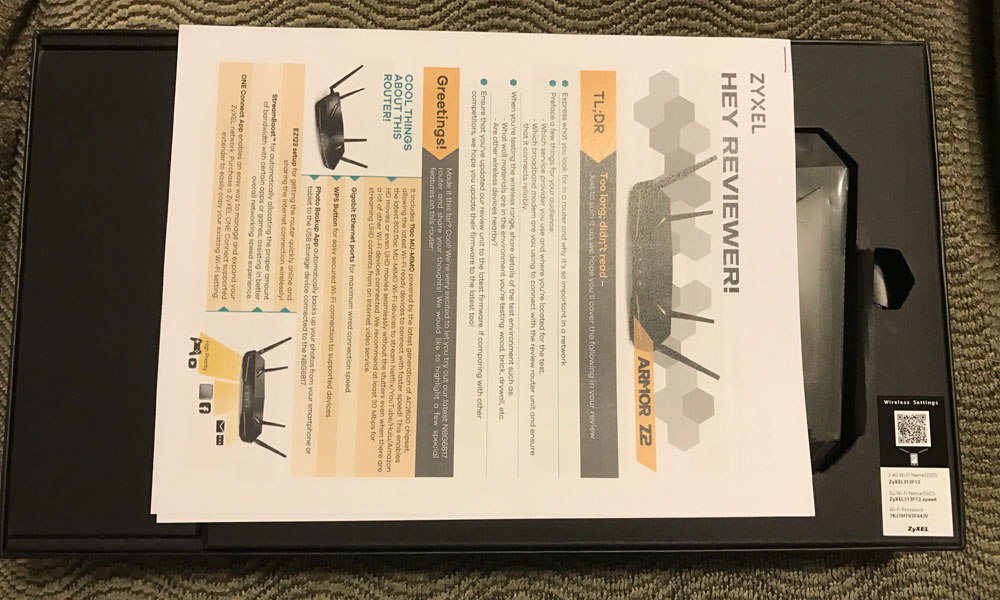 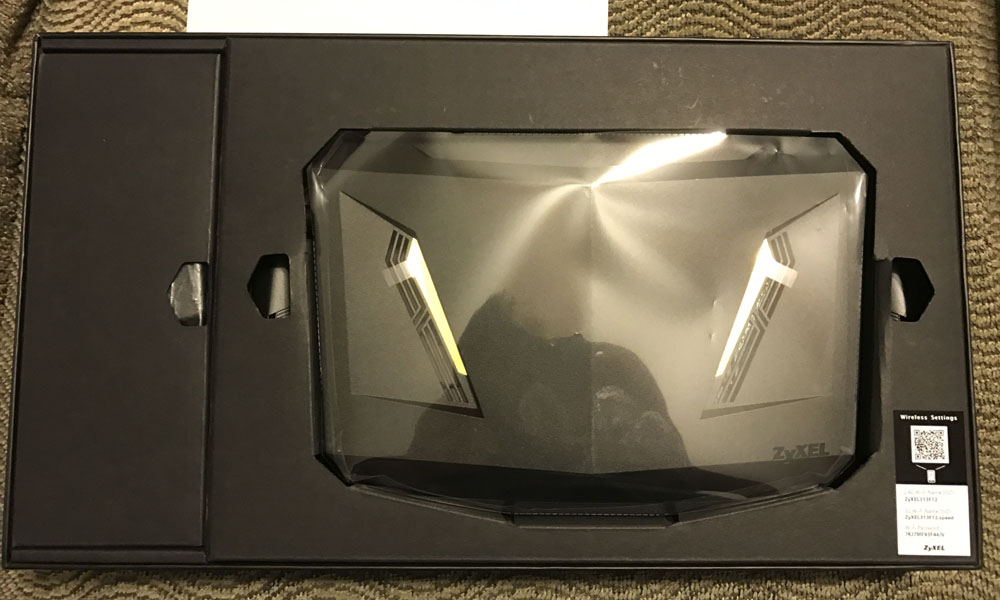