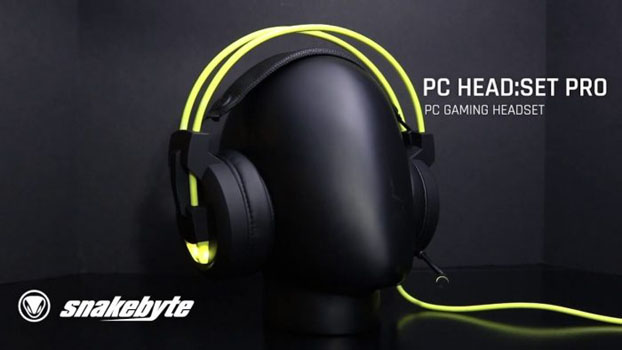 Over the past 20 years I’ve reviewed a lot of gaming hardware, and headsets seem to make up a large part of those reviews whether they are targeting console or PC gamers or sometimes both. There seems to be a “king of the hill” mentality around the office where all these new headsets come in and try to take the spot of the reigning favorite. In this particular instance the “king” is Kingston’s HyperX Cloud II Pro Gaming Headset; a headset I reviewed over four years ago and still use today. While many have tried, no one has yet to beat this headset on comfort, quality, and performance. Please keep in mind, I am not doing a direct comparison review here, but I just want you to know what I am using now and what my expectations are for anything that might try to replace it. 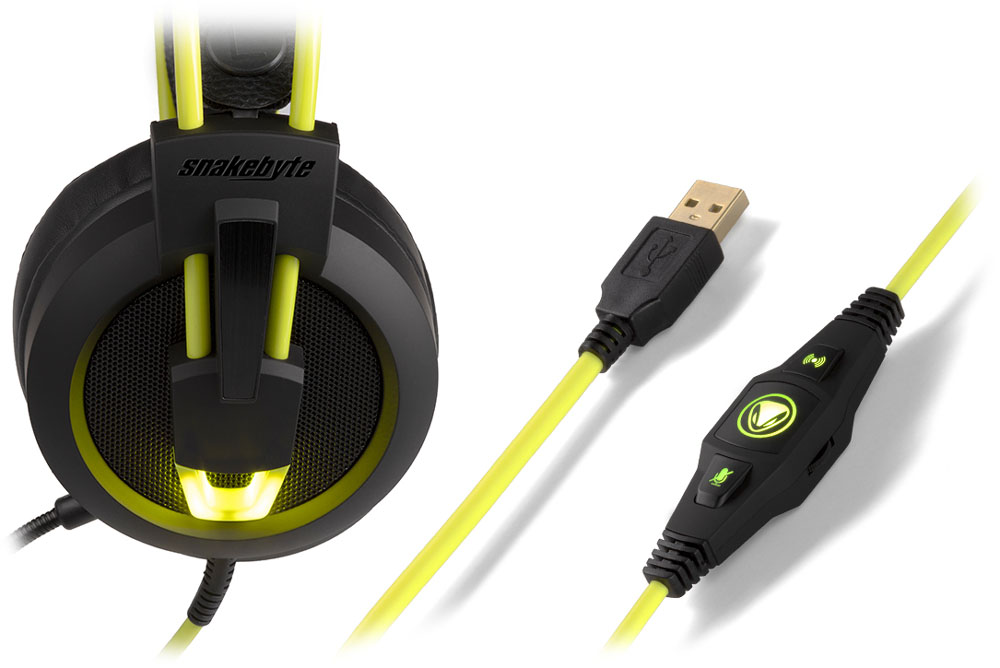 German developer, Snakebyte has recently released their Head:Set Pro 7.1 gaming headset; a rather unassuming name for the surprisingly flashy product inside the modest box. The packaging hints at the even brighter color of the headset, as you slip it from its plastic sheath and admire the high contrast of flat black juxtaposed against a neon-lime-green I haven’t seen since the last time I popped open a can of Wilson tennis balls. Rest assured; it gets even brighter when you plug them in.

As I was plugging in the Head:Set Pro I came across the first potential caveat; this is a USB only headset. Not that this instantly disqualifies it from consideration; after all this is marketed as a PC headset, but nearly all of the recent PC headsets I’ve been reviewing have had a 3.5mm plug making them instantly accessible for PS4, Xbox, and even some mobile devices. The 7ft USB cord is long enough for desk use, but if you are gaming in a living room or larger game space you’ll need to use a USB extension – again, not a complaint but rather a warning. 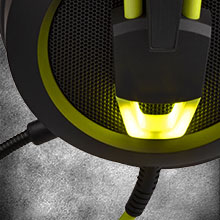 Once plugged in the headset lights up like you’re in a TRON movie with neon lime-yellow lights on both ends of the earpiece supports, a ring around the flexible mic, and the buttons on the in-line controls. While flashy lights seem a bit frivolous to me personally, I can definitely see the appeal for those who play in groups such as LAN parties or eSports events, or those appearing on camera in livestreams or YouTube videos, especially if you are in a dark environment. I did appreciate the lights on the buttons when playing in the dark and the mic light that goes dark when the mic is muted. 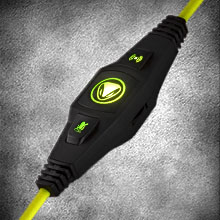 The in-line control box is really large considering what it does and doesn’t do. You basically have a button for bass boost, mic mute, and a spinning wheel on the side for volume control. I really don’t like wheel controls for volume, especially when that wheel can easily drag against my body or the chair and mess with my volume. There was also no separate control for mic volume or any way to balance chat vs. gameplay levels from the in-line controls.

Aesthetics aside, how does the Head:Set Pro perform? Honestly, just about as good as you would expect from a $40 gaming headset. Here are the stats for those that live and breathe by the numbers.

All of those stats translate into a fairly average listening experience. I wasn’t blown away by the highs or lows, even after toggling the bass boost, which did deepen the audio, but seemed to do so with more muffling of the sound than actually punching up the bass.   The virtual 7.1 surround sound admittedly works but only at the most basic levels. After 100+ hours of The Division 2 using the HyperX 7.1 surround, the surround and overall openness of the positional audio just seemed limited. 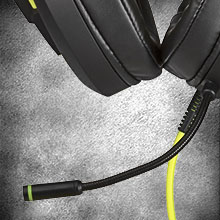 The mic offered good audio pick-up and I was told I was coming in loud and clear in multiplayer games, but using these for streaming or YouTube required me to go in and boost the gain in the audio-recording options. The boom mic has no foam cap yet still did a good job of eliminating pops in my speech, but ambient room noise seemed to come through almost as clearly as my voice. This is definitely not for broadcasting unless you are in a soundproof studio.

I will commend the Snakebyte Head:Set Pro for its unparalleled comfort thanks to the use of a dedicated strap anchored in with elastic bits at each end, so the headset fits firmly across your head while the cans are independently suspended by twin rails. My only nitpick with the strap is that I had just gotten an Oculus Rift S which is in dire need of third-party headphones, but since this set uses a form-fitting strap across the head there was no way to combine them with the halo mount of the Rift S – again, not a complaint but merely an observation, as I have found no headsets that work well with the Rift S yet. I did appreciate the material used on the head strap that never got sweaty or sticky, but the non-breathing plastic on the ear cups had my ears sweating to the point where I had to keep a hand towel nearby to dry the cups and my ears.

There’s not much left to say about the Snakebyte Head:Set Pro other than it delivers on all its promises but fails to set itself apart from a growing pack of competitors all going after your headset dollars. It looks cool, and is super-comfortable minus the ear sweat, but the sound performance, both incoming and outgoing are nothing special and perhaps even a bit below average, but if $40 is all you have to spend on headphones and looks and build quality are more important than the audio you could do worse…but you could also do better. 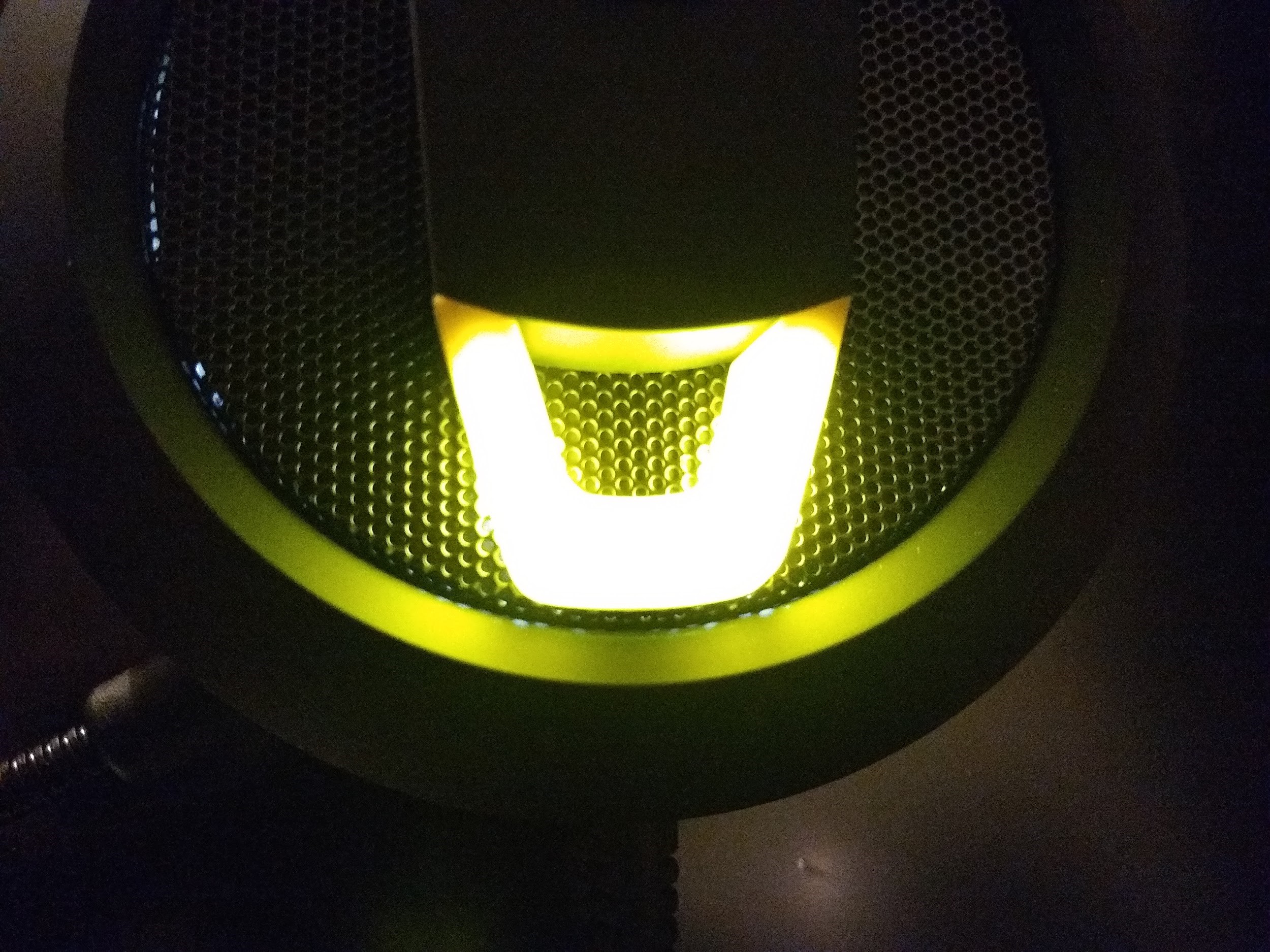 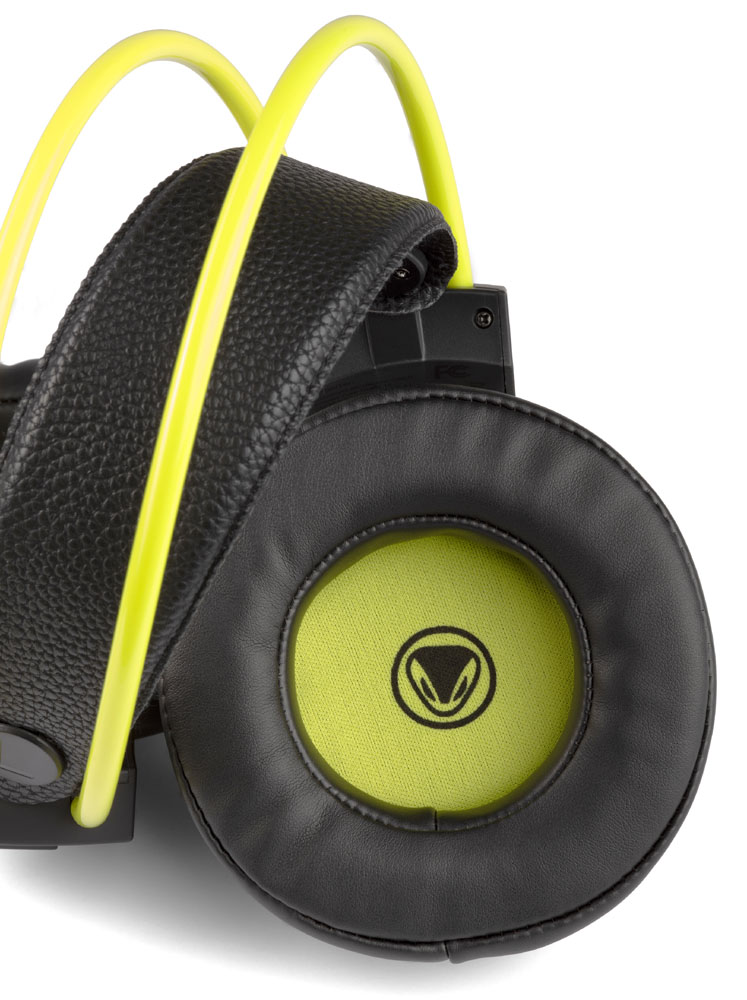 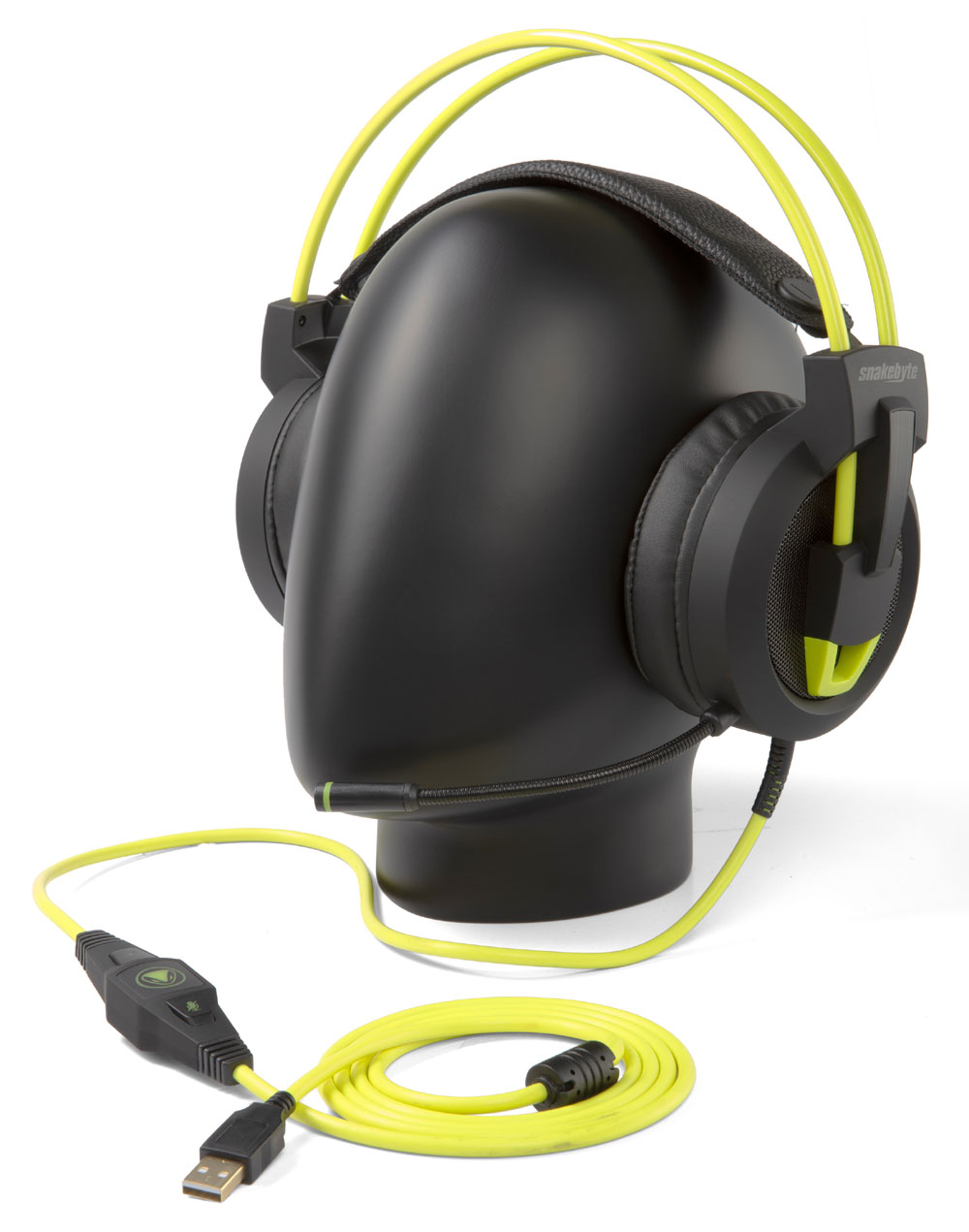 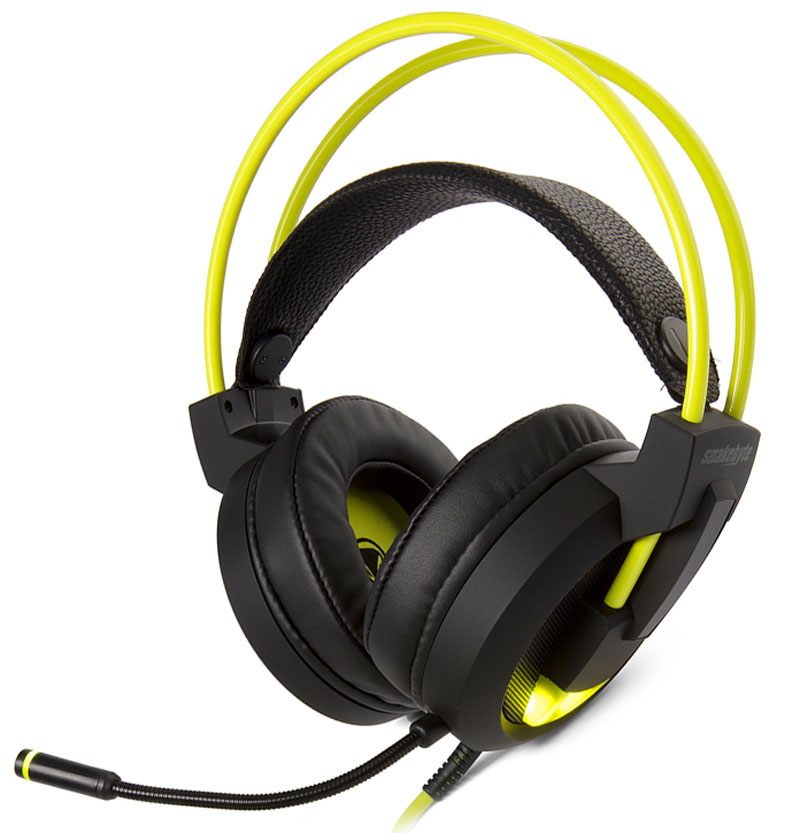 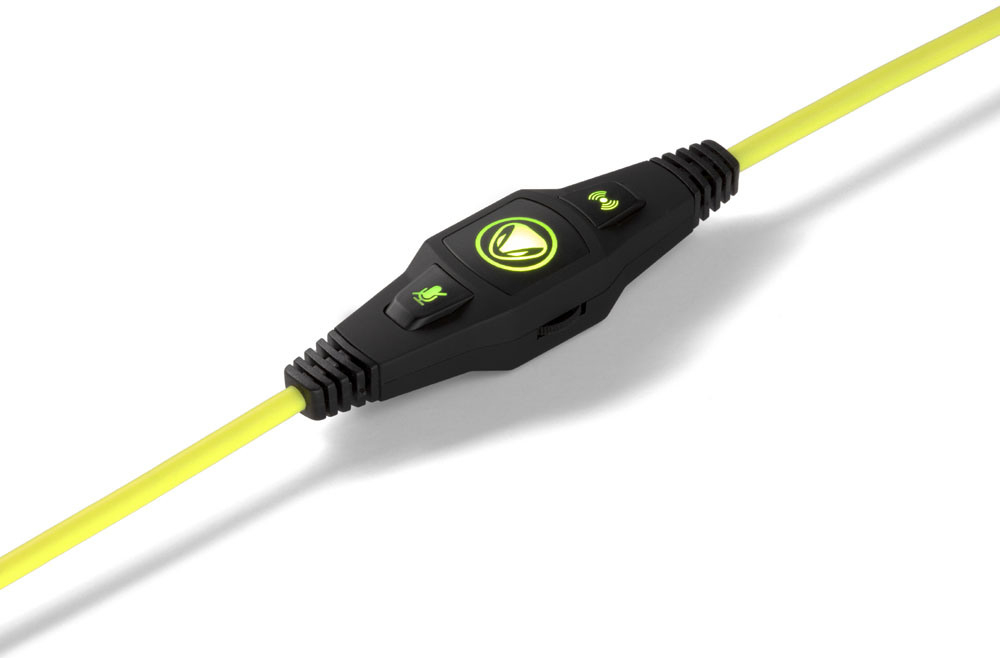 1
1111
The Walking Dead: Saints & Sinners Review – Oculus Quest
2
937
Join the Galaxy’s Finest as Star Wars™: Squadrons Soars Into Homes Today
3
936
The Falconeer First-Look Preview – PC
4
936
Metamorphosis is 33% Off on Steam!
5
936
Werewolf: The Apocalypse – Heart of the Forest launches on October the 13th
6
936
Synth Riders Celebrates Anniversary with a Month Full of Treats and an Oculus Ques...
7
936
Worm Jazz Review – PC
8
936
Take to the Skies and Choose a Side in the New Trailer for Next Generation Air Com...
9
936
CRASH BANDICOOT 4: IT’S ABOUT TIME IS AVAILABLE NOW
10
935
Frictional Games Shows Off First Gameplay Footage of Amnesia: Rebirth
All Original Content on Game Chronicles is Copyright (c) 2002-2020
Sinjin Solves Walkthroughs Copyright (c) 1996-2020 by Mark Smith