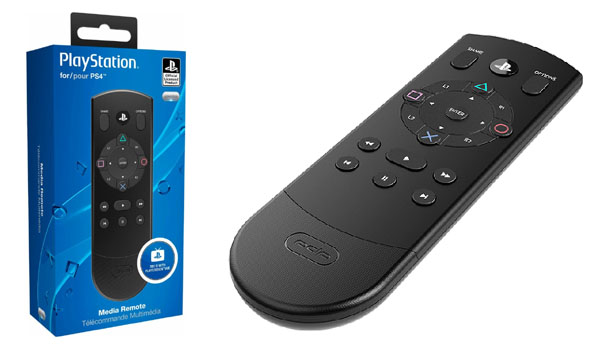 A must own accessory if you use your PS4 for anything more than gaming.

Before all of our DVD and Blu-ray players had all the apps for watching our favorite TV shows and movies we were treated to those apps on our PS3. Like most of you, my PS3 was more than just a game console; it was my everything with games, TV shows, and movies. My PS3 was the most treasured item I owned in college since it allowed me to escape from life in so many ways and just let me relax. The only problem I had was that darn PS3 controller when I was watching movies and Netflix. I always seemed to totally stop my movie or skip chapters on accident by forgetting which button did the fast forward vs chapter skip. The best accessory I ever bought was the PS3 media remote. It worked just like any other remote and allowed me to use one hand to control everything instead of tying up both hands. Everything was just easier with that remote and I used it all the time!

Now the PS3 is all but obsolete and we all have upgraded our TVs from HD to 4K, it was time for all of us to upgrade to the PS4. I quickly found out that my coveted PS3 media remote did not work for the PS4. If there was any doubt in my mind on how much I loved using the media remote it was quickly brought back to my attention once I had to go back to using the PS4 controllers again. This prompted me to search high and low for a new media remote and I quickly found the PlayStation 4 PDP Media Remote. Listed for $24.99 I quickly saw that I was saving $5 dollars compared to the $29.99 I paid for my PS3 remote. I thought what a great deal because I know I will use it all the time, my wife will be able to use it now without angrily throwing the PS4 controller at me telling me she can’t get to the exact spot she was before, and the PS4 media remote is smaller than the previous version! It seemed like a win-win and I couldn’t wait to get home and test it out.

I quickly unboxed the remote and was ready to sync it to my PS4. I was extremely happy with the new design and feel of the buttons; buttons that don’t stick out over the remote too much and all have a smooth soft feel of the DualShock 4. From there I noticed exactly how much smaller the remote was compared to the previous bulky version. The PS3 media remote was about a foot long while the PS4 PDP remote is a little longer than an iPhone 7 while being a third narrower than said phone. After being excited about the look and feel of the remote I was quickly irritated when I found no batteries in the box. Surely for the $24.99 price tag Sony could have given me 2 AAA knock off batteries that could have lasted a month or so. Sadly, that was not the case. Lucky for me though that was really my only issue and that quickly went away once I put my own batteries in and started to sync it to my console. The directions are quick, direct, easy to follow, and syncing took no more than a minute.

Once you have synced your controller just hit the PS button at the top to “wake-up” the remote and you are notified how much battery life you have in the top left corner of your screen just like any other controller. From there it was just like I remembered. You have the directional buttons and enter button to navigate through any screen on the PS4 or your app menus. You get roughly 30 feet of range with the Bluetooth signal to fit any room and if you happen to fall asleep while watching a movie the remote powers down to save your battery after roughly 30 minutes of non-usage.

This is one of the easiest controllers to use. There is also an upgraded feature that gives you all your normal buttons (Square, Circle, X, Triangle, L1, L2, R1, and R2) at your fingertips if you like using those commands but are still looking for a smaller easy to use remote. They have even included the share and options buttons at the top. While you can’t game without analog sticks, you can still edit and share a clip using this remote! This is a must own accessory if you use your PS4 for anything more than gaming. 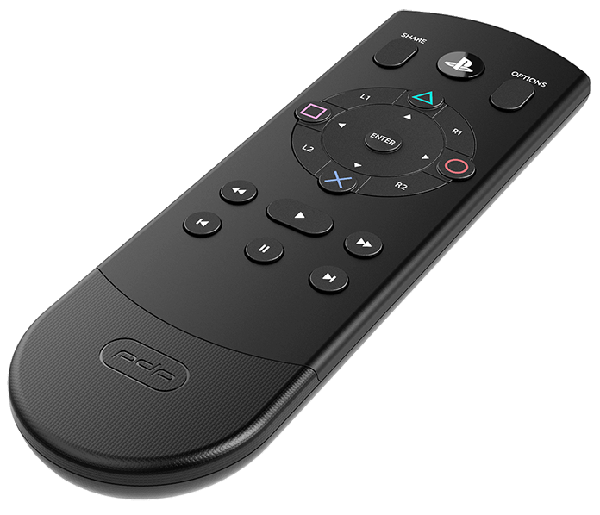