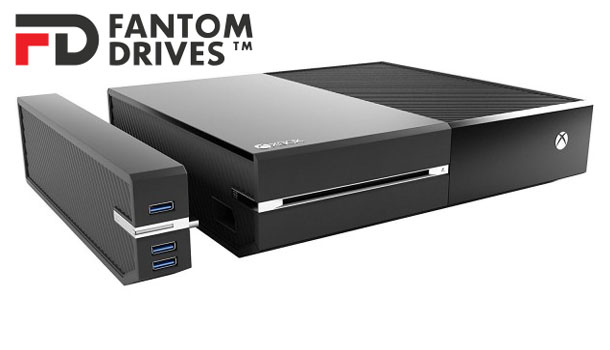 A simple, sleek, and easy to install device for additional Xbox storage and accessibility.

We’ve come a long way over the years in the advancements of gaming hardware. The days of games residing solely on physical media have shifted to require installations for disc based titles and of course digital downloads. With so many title out there, gamers eventually come to a realization that the storage on their console of choice just isn’t enough. So to combat the war on available storage space players have turned to extra storage so they don’t have to keep uninstalling titles. Seems like Fantom Drives wants to help fight that war with the creation of products like their Fantom Drives™ Xbox® One 2TB SSHD and Storage Hub.

The first thing that I liked when I unboxed the 2TB SSHD and Storage Hub was the aesthetics. It should be known that this design is made for the original Xbox One models which for plenty of you folks out there can be a welcome relief. Installation requires nothing more than a small flathead screwdriver to pry off the plastic cover on the left side of your console. Realigning that cover on the underside of the SSHD and Storage Hub before snapping both parts back onto the system when it’s positioned in its vertical position for maximum connection.

Once attached the 2TB SSHD and Storage Hub blends right in matching the Xbox One’s original style. The SSHD and Storage Hub taps into the USB port located on the system’s left side but thanks to a creative design allows for two more additional USB ports than before. With the 3 front facing USB 3.0 ports you can now charge controllers, add additional storage and even plug in a keyboard at the same time without having to choose like before. They also designed it so that you can still pair up wireless controllers with the press of a larger sync button that makes contact with the primary button underneath.

While the extra USB ports do support external hard drives themselves, the real storage potential comes within the SSHD and Storage Hub itself. Fantom Drives™ offers several variations of their Xbox storage solutions but the one I got the pleasure to test out is one of 2 options currently to feature a Seagate Firecuda SSHD (or Solid State plus Hard Drive) within its chassis. Because of the drive the 2TB SSHD and Storage Hub is quite a bit lighter than I expected but I saw no drawbacks from this. The original Xbox One models are already heavy enough as they are so the lightweight build is much appreciated.

While Microsoft is making strides to get you playing quicker with faster loading and crowdsourced data to install the modes that you want to play most with some games, you still are at the mercy of drive speeds. I took the opportunity to install some of the largest games available in the Xbox One library and a few smaller ones to test out the install times. For instance one of my favorite racers, Forza Horizon 3, with a complete install of 57.7GB took my roughly 40 minutes to install on the SSHD drive. With a plethora of digital indie title that I enjoy the SSHD drive allows for 2-3GB games to be installed in mere minutes. These numbers of course depend heavily on your internet connection speeds so I would expect some variances. 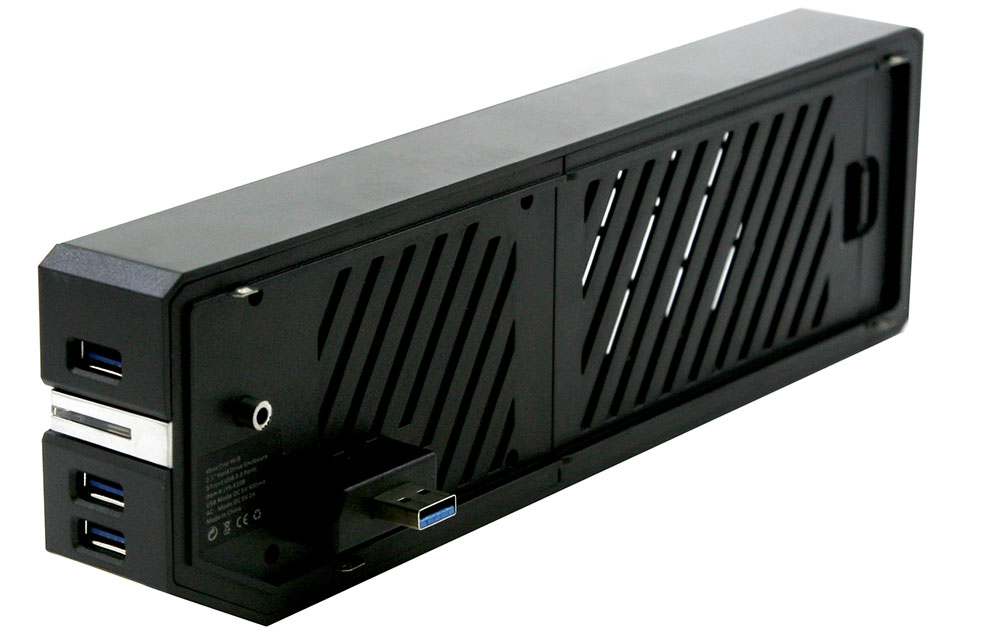 To test the USB ports I opted to hook up my trusty external WD Passport drive for my Xbox gaming on the go. Everything that I ran from Indies like Assault Android Cactus to giants like The Witcher 3 ran smooth with no real noticeable drops in performance. Regardless of what you use those much needed USB ports for the Firecuda found within the Storage Hub makes full use of the Multi-tier caching technology that improves your read and write performance as well as increased system performance with the Flash-accelerated drive.