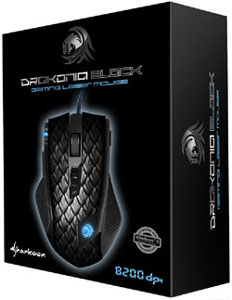 Highly focused for FPS so it might not work as well for other genres.

For hardcore FPS gamers, this may be the single best weapon in your arsenal.

I’ve been reviewing gaming mice for over twelve years now, and this is the first time I have ever heard of Sharkoon, but after several weeks of intense game testing with their new Drakonia Black gaming mouse, I have a feeling it won’t be the last. Just browsing through the specs on this monster of a mouse is enough to send shivers of expectant delight down the spines of hardcore gamers. With a max DPI of 8,200 and max acceleration of 30 G, this could be the single best advantage a FPS gamer could have on the battlefield.

The Drakonia Black features an Avago 9800 laser sensor housed inside a sleek and sinister dragon scale casing that uses a SoftSkin surface for unprecedented grip and minimal perspiration. There are 11 programmable buttons, a 4-way scroll wheel, and textile sheathing on the 6-foot cord that also features a gold-plated USB connector. The mouse also features its own internal memory so you can load your favorite presets and take the mouse on the road without need of the configuration software. There is also a weight tuning system that allows you to adjust the balance of the mouse to your exact specifications. In the world of hardcore mice it doesn’t get any harder than this. 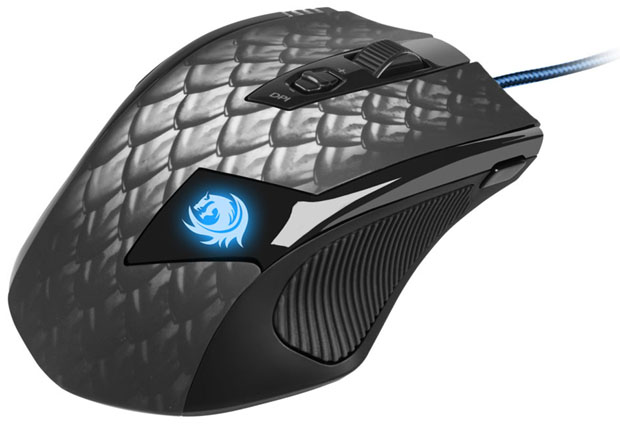 Fancy tech specs aside, the Drakonia Black is easily one of the most comfortable mice that will ever slip into the palm of your hand. While most mice provide you the standard wing on the left to cradle your thumb, the Drakonia mirrors that comfort to the right side as well with a similar wing for my pinky, and both wings have rubbery grips so your hand locks firmly onto the mouse. The look and comfort also extends to the top surface which is designed to look like dragon scales. The smooth surface also enhances grip while discouraging sweaty palm syndrome. It’s a shame there isn’t a model out there for southpaws. 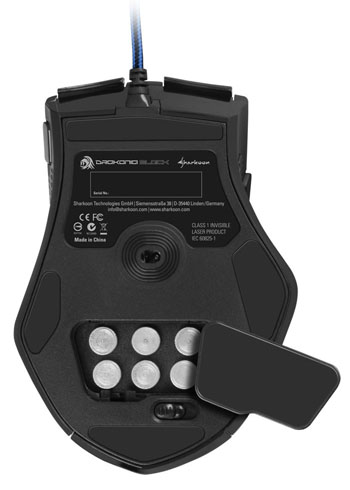 There is a nice weight and feel about the mouse naturally, but you can also tweak the balance using a set of 5g weights that can be inserted into the bottom of the mouse. There are 11 perfectly placed buttons, all fully programmable using the included software. The primary left and right buttons have a nice defined click about them while the 4-way scroll wheel offers smooth rolling action with enough of a click to keep you accurate.

Speaking of accurate, the Avago 9800 laser sensor features an impressive 8200 DPI. This works in tandem with a polling rate of 1000Hz to deliver instant pinpoint accuracy in any game while using the mouse on any surface. My only caveat with the tracking would be that you can only choose from eight DPI presets in the software, only four of which can be cycled on the fly using the mouse buttons. I also found no way to use a shifted DPI for sniping. Considering this mouse seems to be expressly targeted toward FPS gamers this is kind of a big deal.

The configuration software is easy to install and not that invasive on your PC. You can use the disc that comes in the box or just go to the Sharkoon website to ensure you get the latest version. The software gives you full control over customizing all the button and creating profiles that you can save and even share with others. Buttons can be assigned simple commands or complex macros. You can also go into the advanced settings and dive into several key performance tweaking options like scroll speeds, sensitivity, and poll rates, and finally, you can even change the color of the glowing logo at the rear of the mouse. As far as mouse software goes, Sharkoon’s is surprisingly intuitive.

I haven’t seen the Drakonia Black in any stores but I know you can get it online including Fry’s Electronics, and it’s only $50 which is a pretty sweet price for a high-precision gaming mouse. This is definitely being targeted toward the FPS crowd who rely on the ultimate accuracy to keep those K/D scores high, and being a wired mouse might discourage gamers who have “cut the cord” and don’t want to go back, but if all you do is play Battlefield or Call of Duty or ARMA then the Drakonia Black may be the single best weapon in your arsenal. 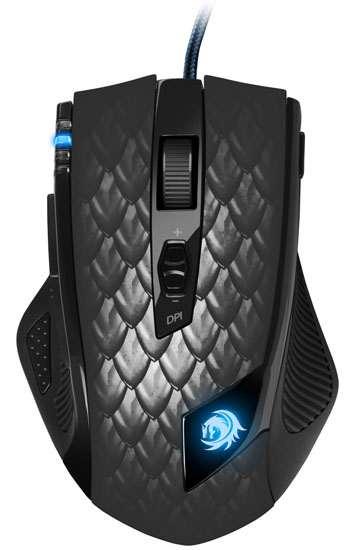