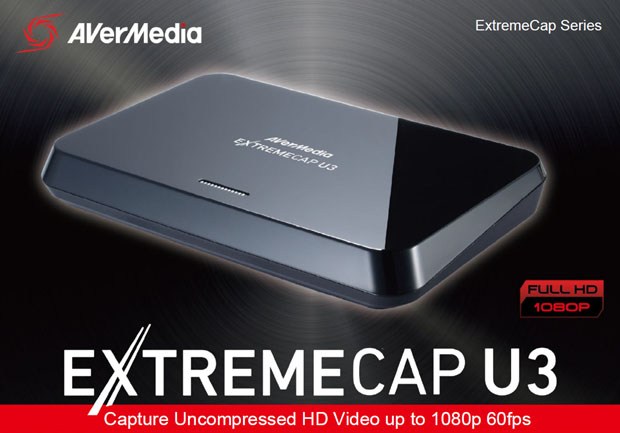 No HDMI pass-through, USB 3 support is tricky, no Mac support, not compatible with PlayStation 4

Finicky but affordable capture device that works well after some configuring.

I never really understood what the big fuss was about capturing video game footage.  I’ve never had a problem doing so, but then I have some higher-end equipment (which I paid a higher-end price to acquire). Then we started getting commercially available capture boxes in the Game Chronicles office and I quickly found out why it was such a big deal.

The brief history of video came capture devices hasn’t been a very good one. Some boxes required the user to jump through a bunch of configuration hoops, while others just didn’t work. There were frequent problems with dropped frames or the audio didn’t sync correctly.  Plus capturing and compressing full 1080p HD video to H.264 .MP4 files in real-time takes a pretty decent spec computer. Then there was the usually horrible lag introduced when putting a capture box between the console and the TV. It made it nearly impossible to play online for any shooter or sports games.  But thankfully things got better.

Capturing in-game video has been a pretty hot topic lately.  Both the Xbox One and PlayStation 4 have basic capture and editing capability built in the systems. But it is very basic. Capturing anything longer than 1 minute or wanting to add some fancy titles requires a 3rd party capture box. Xbox 360 and PS3 don’t have that capability so that’s where these boxes come in.

Enter the new AVerMedia ExtremeCap U3. It is capable of capturing uncompressed 1080p 60fps video as well as a bunch of lower resolutions. Once you have it hooked up and latest software downloaded from the AverMedia website it’s a straightforward installation and you are ready to create.  Maybe.  Unfortunately to get the most of this product you must have a specific USB 3.0 chipset: Intel Native, Renesas, or Fresco.  While it does capture and compress to H.264 .MP4 video, if you are wanting uncompressed video it will require a pretty hefty i7 with and SSD capable of 300MB/sec. You’ll also need a very large capture drive because uncompressed video takes up a lot of space very quickly. I tend to use H.264 compression since it usually offers the best video quality/compression ratio.

The AVerMedia ExtremeCap U3 works great on the Xbox 360. I was able to record games and even movies to my laptop. The unique Adobe Premiere Pro plug-in worked flawlessly providing a smooth workflow for any video editor. It also supports any DirectShow compliant software. 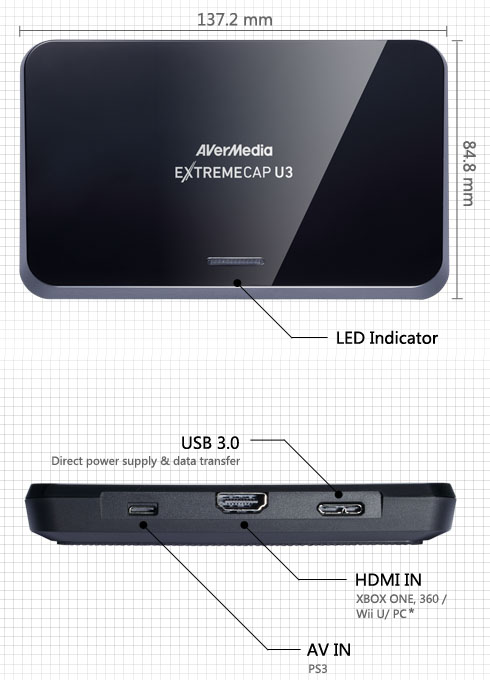 As is with other capture devices, trying to capture from the PlayStation 3 doesn’t work so well. Sony has a vested interest in protecting games, music and movies – particularly their own – so HDCP is fully enabled through HDMI thereby disabling capture devices or any non-compliant devices. The only way to capture is by analog component or composite cables. It’s not the best of course – it’s analog instead of digital – but it is possible with the right cables and they are included with the ExtremeCap U3.

The major drawback to the AVerMedia ExtremeCap U3 is the lack of HDMI pass-through.  The capture goes from console to ExtremeCap to the computer. There is no additional HDMI output on the box to pass through to a TV/Monitor. That’s not necessarily a showstopper for everyone but there are other devices out there which do have pass-through capability.

That said, the AVerMedia ExtremeCap U3 is a very good media capture device – if you have the specific chipset and drivers to support capturing at 1080p/60fps. For many it will require some configuring to get it to work at full capability – which can be tricky. The lack of HDMI pass-through and usual HDCP PS3 issues are drawbacks. If you have the right configuration, the ExtremeCap U3 is an affordable and capable capture device.