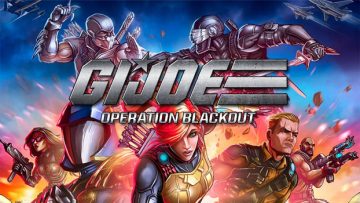 G.I. Joe: Operation Blackout, the team-based third-person shooter inspired by the epic characters and battles of Hasbro’s blockbuster franchise, will be available on PC via Steam on Dec. 15, 2020, for $29.99. Fans get also get the game’s Digital Deluxe Edition, which includes a digital art book and soundtrack, the Retro Skins Pack, and the Weapons Pack, all for $39.99. And during its first week of release, you can grab G.I. Joe: Operation Blackout for 20% off! Play as both Team Joe and Team Cobra in this action-packed adventure featuring a local co-op campaign and PvP multiplayer with support for Steam Remote Play Together.

Experience an original storyline inspired by classic ’80s comics, with 17 campaign missions featuring legendary locations like the U.S.S. Flagg and Cobra Headquarters, intense boss battles, and iconic vehicles like the G.I. Joe Persuader and Cobra H.I.S.S. tanks. Play the campaign on your own or with a friend in local split-screen co-op, then keep the fight going in four-player local PvP multiplayer modes like Capture the Flag, Assault, King of The Hill and Deathmatch Arena.

Choose your favorite heroes and villains with 12 playable characters from both sides, including Duke, Snake Eyes, Cobra Commander, Destro, Roadblock, Storm Shadow and more. Unleash a wide variety of weapons, skins, and devastating ultimate abilities as you mastermind world domination for Team Cobra and restore world peace with Team Joe!