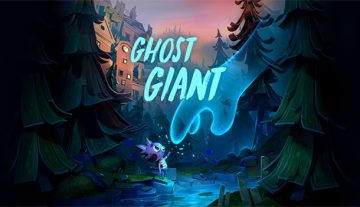 Ghost Giant, the graceful and whimsical virtual reality (VR) adventure from developer Zoink Games and publisher Perp Games, is available now at North American retailers exclusively for PlayStation®VR. The heartfelt puzzle story can be purchased in store or online through Amazon, GameStop and Best Buy for $29.99.

In Ghost Giant, players take on the role of a curious giant, visible only to a little lonely boy named Louis, who is eager to make a new friend. As the Ghost Giant, players work to build trust with Louis, providing physical assistance solving puzzles and offering support and friendship for a child in need of some guidance.

Ghost Giant is a PlayStation VR exclusive developed by Zoink Games and published by Perp Games. The North American retail edition is available for $29.99. The game is rated E by the ESRB. Two PlayStation®Move Motion controllers are required.