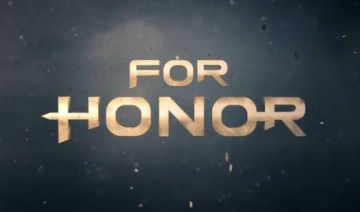 The new game mode introduced during the event will let players re-live one of the greatest battles of the Faction War: the Battle of Attrition. This new limited-time 4v4 mode is a variation of Dominion mode with a unique set of rules. In Battle of Attrition, attackers gain points by conquering side zones. Each zone is worth 500 points and cannot be recaptured by the Defenders once conquered. Defenders gain points by killing soldiers and enemy players. Both teams can also capture the main lane, which is worth 500 points. The first team to reach 1000 points will break the enemy team.

Throughout the two-week event, For Honor players will be able to complete thematic daily orders retracing the story of the Battle of Attrition from each faction’s perspective. In addition, owners of the Marching Fire expansion will be able to participate in unique weekly quests via the Arcade mode.

For Honor’s Year 3, Year of the Harbinger, will continue to bring new content throughout 2019, including unique seasonal in-game events with each upcoming season.

Developed by Ubisoft Montreal in collaboration with other Ubisoft studios,* For Honor offers an engaging campaign and thrilling multiplayer modes. Players embody warriors of the three great factions – the bold Knights, the brutal Vikings, the deadly Samurai and the fearsome Wu Lin – fighting to the death on intense and believable melee battlefields. The Art of Battle, the game’s innovative combat system that puts players in total control of their warriors, allows them to utilize the unique skills and combat style of each Hero to vanquish all enemies who stand in their way.

For the latest about For Honor and other Ubisoft games, please visit news.ubisoft.com.

Spirit of the North: Enhanced Edition Making Its Way To PlayStation 5!

Crash Bandicoot: On the Run! Spins onto Mobile Spring 2021
Be the first to comment!
Leave a reply »

1
1114
The Walking Dead: Saints & Sinners Review – Oculus Quest
2
938
Join the Galaxy’s Finest as Star Wars™: Squadrons Soars Into Homes Today
3
938
The Falconeer First-Look Preview – PC
4
938
Metamorphosis is 33% Off on Steam!
5
938
Werewolf: The Apocalypse – Heart of the Forest launches on October the 13th
6
938
Synth Riders Celebrates Anniversary with a Month Full of Treats and an Oculus Ques...
7
938
Worm Jazz Review – PC
8
938
Take to the Skies and Choose a Side in the New Trailer for Next Generation Air Com...
9
938
CRASH BANDICOOT 4: IT’S ABOUT TIME IS AVAILABLE NOW
10
937
Frictional Games Shows Off First Gameplay Footage of Amnesia: Rebirth
All Original Content on Game Chronicles is Copyright (c) 2002-2020
Sinjin Solves Walkthroughs Copyright (c) 1996-2020 by Mark Smith