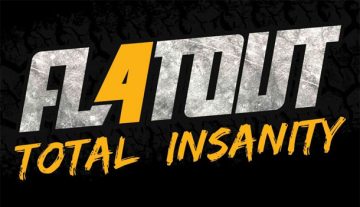 Faithful fans of the rough and tumble FlatOut racing series can experience the rebirth of destruction and mayhem as U&I Entertainment, in partnership with dedicated racing development team Kylotonn Games and publisher Strategy First, launches FlatOut 4®: Total Insanity. The game is now available at retail for PlayStation 4 and Xbox One in North and South America for $49.99.

Smash, burn and bring the mayhem competitively in both online and offline multiplayer races in the latest rendition of the FlatOut franchise, FlatOut 4 ®: Total Insanity. With the games’ illustrious nitro boosts, players can dominate the race course, while violently ramming into rival racers at break-neck speeds in a wide variety of dynamically changing tracks, arenas and game modes.

FlatOut 4® Total Insanity is now available for on PlayStation 4 and Xbox One console at retail locations in North and South America for $49.99.