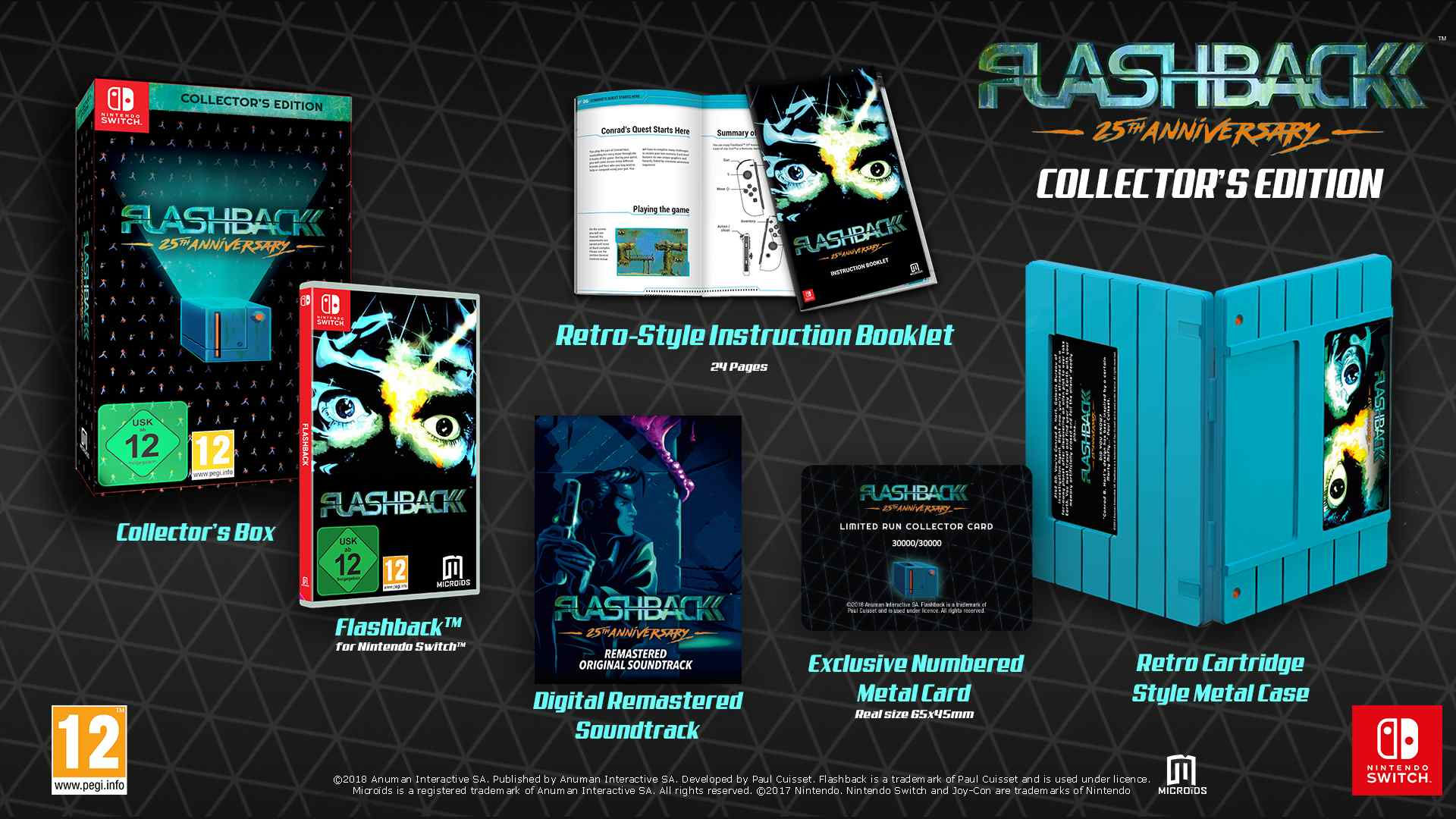 Microïds and Paul Cuisset are pleased to announce that Flashback, the classic action-adventure game consistently ranked among the best 100 games of all time, will be available on Nintendo Switch starting June 7th, 2018. To celebrate the 25th anniversary of the Super Nintendo version of game, Microïds is releasing a Collector’s Edition (in Europe and Australia), which includes the game in physical edition, a retro cartridge style metal case, an exclusive numbered metal card, a 24-page retro-style instruction booklet, the digital soundtrack (remastered version). Pre-orders are now open!

In the Nintendo Switch version of Flashback, players will be able to choose between the original 1993 gaming experience and Modern mode, which contains:

2142…After fleeing from a space ship, but stripped of all memory, the young scientist Conrad B. Hart awakens on Titan, a colonized moon of the planet Saturn. His enemies and kidnapers are snapping at his heels, and he has to find a way back to Earth while warding off the dangers that beset him and unravelling a fiendish extra-terrestrial plot that threatens the planet…

Flashback will be available from June 7th, 2018 on the Nintendo E-shop and in retail with the 25th Anniversary Collector’s Edition. The game is entirely subtitled in English, French, Italian, German, Spanish and is rated PEGI 12.

I've been an avid gamer since I stumbled upon ZORK running in my local Radio Shack in 1980. Ten years later I was working for Sierra Online. Since then I've owned nearly every game system and most of the games to go with them. Not sure if 40 years of gaming qualifies me to write reviews, but I do it anyway.
You might also like
Gaming NewsSwitchTeaser Videos