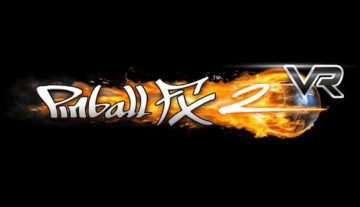 Zen Studios, acclaimed developer of hit VR games like Pinball FX2 VR and CastleStorm VR, is delighted to reveal that a new five pack of tables is on the way for Pinball FX2 VR for Oculus Rift! Launching on August 23, the Pinball FX2 VR Season One Pack adds an additional five original Zen classic tables to the base game’s existing tables.

The Pinball FX2 VR Season One Pack adds five fan favorite tables to Pinball FX2 VR: CastleStorm, Wild West Rampage, BioLab, Paranormal and Earth Defense. Defeat your enemy’s soldiers and raze their castles with Sir Gareth on the CastleStorm table, defeat a crooked sheriff in a western showdown in Wild West Rampage, use your pinball skills to create a new alien species in BioLab, investigate a series of supernatural event in Paranormal, and save the planet from invading extraterrestrial forces in Earth Defense. Each table has been curated by the pinball wizards at Zen Studios and recreated with the spectacular effects that you can only experience in virtual reality!

Harnessing the power of Rift, Pinball FX2 VR is an exciting new way for people to play pinball, moving beyond the silver ball and to a mesmerizing VR experience. Animated toys spring to life on stunningly active table environments with spectacular depth.