First LEGO Jurassic World Teaser Trailer Will Have You Roaring 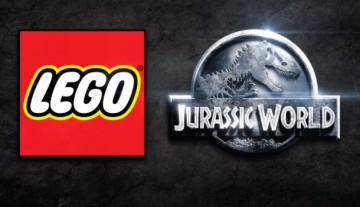 “As ardent fans of Universal’s Jurassic Park films, we are thrilled with the opportunity to finally bring LEGO dinosaurs to life for the first time in a videogame in LEGO Jurassic World,” said Tom Stone, Managing Director, TT Games.  “Imagine playing as the ominous LEGO T. rex, roaming the grounds of Isla Nublar, smashing LEGO bricks and battling with other dinosaurs – this game is bound to bring out the kid in all of us.”

Following the epic storylines of Jurassic Park, The Lost World: Jurassic Park and Jurassic Park III, as well as the highly anticipated Jurassic World, LEGO Jurassic World™  is the first videogame where players will be able to relive and experience all four Jurassic films.  Reimagined in LEGO form and told in TT Games’ signature classic LEGO humor, the thrilling adventure recreates unforgettable scenes and action sequences from the films, allowing fans to play through key moments and giving them the opportunity to fully explore the expansive grounds of Isla Nublar and Isla Sorna.

“The combination of the blockbuster Jurassic Park film franchise and the wildly successful LEGO videogame series promises to bring fans around the globe a new and engaging way to experience our dinosaurs in LEGO Jurassic World,” said Stephanie Sperber, President, Universal Partnerships & Licensing. “We can’t wait for the game to hit store shelves in June.”