Fenix Furia Now Available On PS4 and Xbox One

The ultimate combination of breakneck speed, addicting gameplay mechanics, and cookie recipes have finally arrived in an award-winning indie game! Green Lava Studios and Reverb Triple XP are happy to announce that Fenix Furia is available now for both the PlayStation®4 computer entertainment system and Xbox One, the all-in-one games system from Microsoft.  Formerly known as Fenix Rage on PC, gamers instantly will be mesmerized by the vibrant visuals, fast-paced gameplay and the new split-screen, two-player mode that adds a competitive intensity to near rage-quit levels. 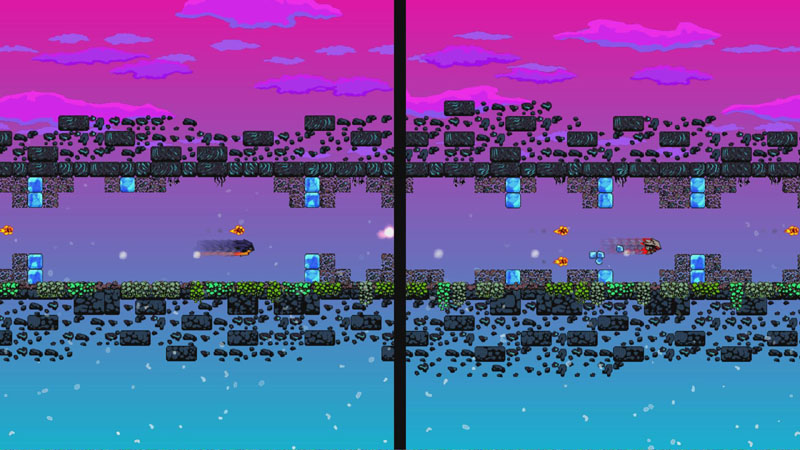 “When you have a dream, pursue it through all sorts of crazy obstacles, and finally achieve your goal, it’s truly a special feeling,” said Eduardo Ramirez, lead developer and co-founder of Green Lava Studios. “As long as I can remember, I’ve always wanted to make a great game on a major console and now that Fenix Furia is finally here on PS4 and Xbox One, it’s an overwhelming for me – to develop this game from a developing country (Costa Rica) makes me especially proud.”

Step into the shoes of Fenix, a really sweet creature of speed and (blocky) cuteness… then feel his boundless rage. He is pissed! You would be too if your village was decimated by a huge explosion (and your game name was legally blocked!), leaving only two survivors: Fenix and the mysterious enemy Oktarus. Fenix will track down this shadowy villain through nine worlds, defeating righteously brutal bosses and hundreds of minions bent on his destruction, on a mission to return harmony back to his world. And to get cookies.

Winner of the Gamemaker Game of The Year award, Fenix Furia is now available for PlayStation®4 and the Xbox One via the ID@Xbox self-publishing program. For the latest buzz and upcoming features, follow Fenix Furia on Twitter, “Like” the game on Facebook, and visit the official Website at www.fenixfuria.com.

9 people like this
PlayStation 4, Video Game Trailers, Xbox One

I've been an avid gamer since I stumbled upon ZORK running in my local Radio Shack in 1980. Ten years later I was working for Sierra Online. Since then I've owned nearly every game system and most of the games to go with them. Not sure if 40 years of gaming qualifies me to write reviews, but I do it anyway.
You might also like
PlayStation 4Video Game TrailersXbox One

Faeria Review – PlayStation 4
Be the first to comment!
Leave a reply »