Ubisoft® announces The Father’s Calling, an exclusive figurine inspired by Far Cry 5’s leader of the Project at Eden’s Gate Joseph Seed, is now available for preorder on the Ubisoft Store.  In order to properly embody the charismatic leader of the game, Ubicollectibles has teamed up with Ubisoft Montreal studio to create this finely-detailed 32cm PVC figurine. They have chosen to represent The Father in his iconic pose: calling to his believers to defend his project. The Father’s Calling figurine includes a removable gun from Joseph’s hand and a removable cult staff on its base. 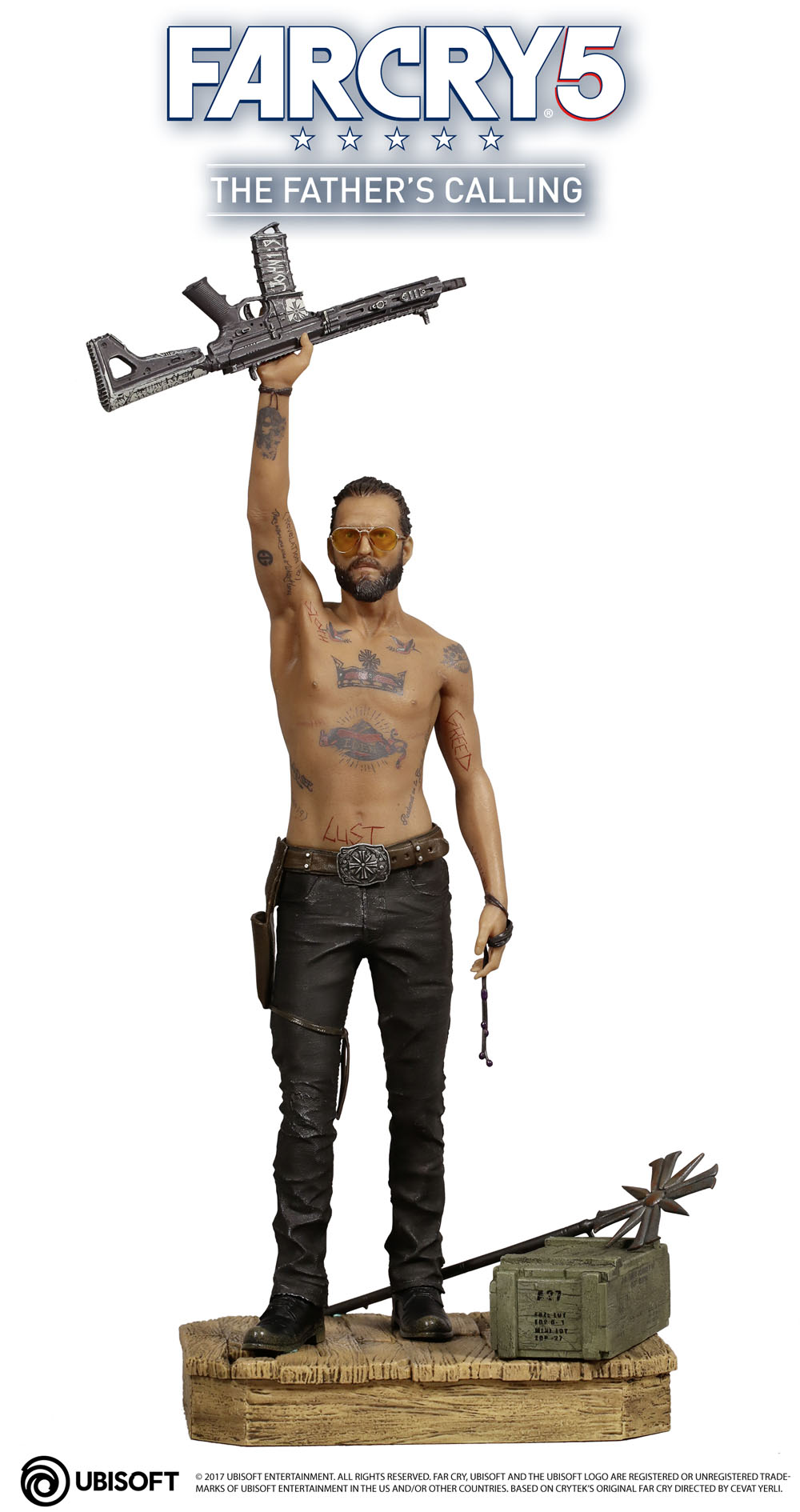 This unique collector’s item will be released on March 22nd as a standalone and is already available for preorder on the Ubisoft Store at a price of $59.99.  Pre-orders begin January 9, 2018; release on March 22, 2018

Far Cry 5 will be available March 27th, 2018 on PlayStation® 4 Pro, PlayStation®4, the Xbox One, Xbox One X, Xbox One S, and Windows PC. Set in America, a first for the franchise, Far Cry 5 offers players total freedom to navigate a serene-looking yet deeply twisted world as the new junior deputy of fictional Hope County, Montana. Players will find that their arrival accelerates a years-long silent coup by a fanatical doomsday cult, the Project at Eden’s Gate, igniting a violent takeover of the county. Under siege and cut off from the rest of the world, players will join forces with residents of Hope County and form the Resistance.