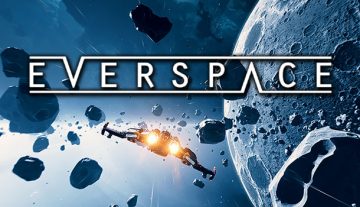 Hamburg-based indie developer ROCKFISH Games just released a major update, adding the all-new Hardcore Mode, TrackIR, and fully customizable HOTAS (joystick) support to their fast-paced roguelike space shooter EVERSPACE™ on Steam and GOG.com. With this major update and the release of the original soundtrack and the official art book of EVERSPACE™, the veteran dev team delivers on the last remaining promises of their wildly successful Kickstarter from 2015, where they raised about $500,000 from close to 11,000 backers. Anyone who missed out on the soundtrack and the art book can now upgrade to the EVERSPACE™ Deluxe Edition for $9.99 on Steam.

The stand-alone Hardcore Mode offers a whole new level of challenge for veteran pilots. It is as demanding as hard difficulty, but players are not allowed to improve their starting conditions. Each new run starts out with the same fixed set of pilot perks and without any ship perks upgraded. Players can upgrade ship perks only at the end of each sector, provided they have collected enough credits. Hardcore Mode also introduces another nasty surprise: before entering a new sector, players must select from different “handicap” modifiers which have adverse effects on the overall gameplay, letting them choose between the frying pan or the fire.

In spite of the fact that the HOTAS support stretch goal was not unlocked, ROCKFISH Games also added fully customizable joystick support due to strong demand from the community. Now, space game enthusiasts can fully configure the controls layout including button and axis mapping, and even tweak settings for sensitivity and dead zones to their liking.

“EVERSPACE is still as fast-paced and twitchy as ever, so we still think that using the mouse and keyboard is the best way to fly. But, some of our fans have been pretty vocal about it, and we heard them loud and clear: they are finally able to use their HOTAS to pilot their space ship on their dangerous journey,” said Michael Schade, CEO and co-founder of ROCKFISH Games.

With this major patch, there are coming further features requested by the community, like options to toggle Motion Blur, Chromatic Aberration, different kinds of anti-aliasing, changing the screen percentage in non-VR Mode, Colorblind Mode, as well as mouse/keyboard controls and further improvements in VR. The complete changelog is available on the official EVERSPACE™ forum (requires registration): https://forum.everspace-game.com/categories/news.