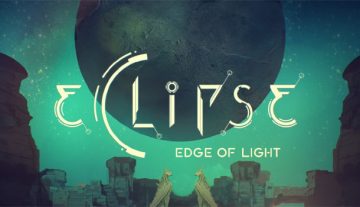 Created by former God of War developers, Eclipse: Edge of Light is a first-person exploration game set on a sentient planet with a dark past. At its core is a mysterious story of a world filled with discovery and wonder. You awake after crash-landing to find yourself in a dreamscape environment, littered with the remnants of a failed civilization.

Eclipse: Edge of Light is currently available on Daydream, GearVR, and Oculus Go and coming soon to Nintendo Switch on January 30th.

Originally released in April 2017, Eclipse: Edge of Light went on to win three Mobile VR game of the year awards from VRFest, Daydream District, and UploadVR.

With the launch of the title on PlayStation VR and PlayStation (flat), the game’s graphics have been updated, from its earlier mobile versions, to include normal maps, full screen effects like bloom, and dynamic lighting on the Artifacts.

“As former Lead Level Designer at Sony Santa Monica, we are thrilled to bring the game to PlayStation VR and PlayStation (flat) and introduce new players to a magical world shrouded in mystery and lore,” said Jonathan Hawkins, Founder and CEO at White Elk. “The unique story is told and unfolds through exploring its environment and interactions with the planet’s past.”

To create his vision, he recruited several former members of the God of War team; Cecil Kim for Art direction, Mario Lavin for sound design, and Matt Arrington for programming. Together with the help of Section Studios and White Elk Studios, these industry veterans were able to define first-person exploration games in the new medium of virtual reality.