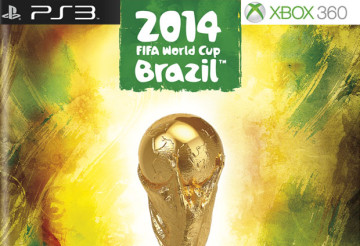 Gameplay innovations and new features make EA SPORTS2014 FIFA World Cup Brazil authentic to the tournament experience. All new in-mode training session, adidas® micoach Training allows fans to improve player attributes as the tournament progresses by competing in 18 different drills that can enhance everything from pace to shooting. New Penalty Kicks and Set Piece Tactics change the way the game is played from dead ball situations. Penalty Kicks feel dramatic and rewarding with new save animations, shot tuning, and Goalkeeper Antics, while Set Piece Tactics put fans in control of the runs their teammates take by using the directional pad and choosing one of four preset plays. Other innovations to the franchise’s award-winning* gameplay includes improvements made to passing, dribbling, and player movement that were implemented to showcase the world class talent that will be on display at the 2014 FIFA World Cup™.

“This summer’s tournament in Brazil promises to be one of the most colorful and exciting FIFA World Cups we’ve ever seen,” said Mat Prior, Lead Producer, EA SPORTS 2014 FIFA World Cup. “The game we’ve created will give fans a chance to feel the excitement, drama, and flare of the tournament whether they choose to play offline against friends or online against people from all over the world.” 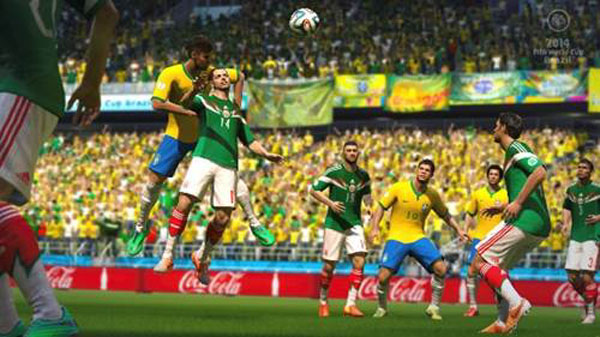 A new design feature Patriotic Presentation implements newly-rendered 3D crowds, cut scenes from celebrations all over the world, and hundreds of flags and banners to bring the sights and sounds of Brazil directly to fans’ homes. Commentary in nine languages, a new soundtrack with 34 tracks, and EA SPORTS Talk Radio** highlight a fully featured audio package to help shape the theme and narrative of the tournament. EA SPORTS Talk Radio, featuring Ian Darke and Andy Goldstein, or Roger Bennett and Michael Davies (Men in Blazers), is available in Road to the FIFA World Cup™ and Captain your Country,contains over 50 hours of recorded content to stay up to date on all the action.

EA SPORTS Football Club will make it easy for fans of the franchise to continue their experience by making members’ existing XP and Football Club Credits available to use in the catalogue of EA SPORTS 2014 FIFA World Cup. The EA SPORTS Football Club Catalogue will be stocked with new and exciting tournament content like Historic FIFA World Cup™ Kits, new celebrations, adidas® footballs, an EA SPORTS FIFA Classic XI team, an adidas® All-Star team, and many other items. For more information and to buy the game, fans can visit http://www.easports.com/2014-fifa-world-cup/buy.