Get your first taste of a new generation of hockey videogames. Electronic Arts Inc. announced today that the official game demo for EA SPORTS™ NHL®15 is now available for download worldwide on Xbox One and PlayStation®4 consoles. 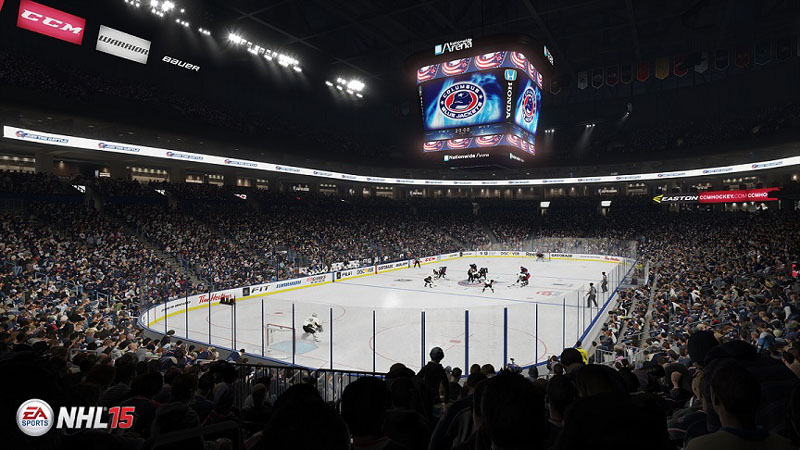 With the demo, you can lace up as either team from the 2014 Stanley Cup® Final, the Los Angeles Kings® or New York Rangers®, and skate under the bright lights of Madison Square Garden and the Staples Center. If you are new to the NHL franchise or just want to work on mastering the Superstar Skill Stick, jump into the demo’s Practice Mode for a free skate against a goalie.

In NHL 15, you will see the most realistic looking and skating hockey players ever in a videogame, along with most detailed and authentic representation of the game of hockey itself. 12 Player NHL Collision Physics and Real Puck Physics capture the hard hitting chaos and unpredictability of the sport, while the Superstar Skill Stick and Vision AI put the flow and finesse of the game in your hands.

Witness the sights and sounds of authentic arenas across the National Hockey League, as 9,000 individual crowd models – the most ever in a sports videogame – hang on every play called by an all-new three man commentary team. Play the game from three new camera angles, Dynamic High, Dynamic Medium and Dynamic low, to experience the on-ice action like never before. In addition, a new partnership with NBC Sports, brings a world class broadcast package to the game.