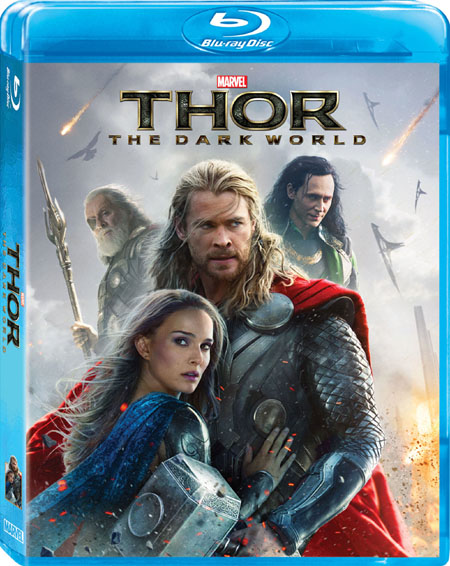 Improves upon the first movie in nearly every way while incorporating events from The Avengers seamlessly into the timeline. Great setup for sequel and spin-off franchise

Easily one of the best Marvel movies in their burgeoning library.

I’ve made no attempt to hide my disdain for the original Thor movie.  I didn’t like it when I saw it in theaters, I refused to buy it on Blu-ray when it came out, and I only forced myself to watch it on cable prior to seeing Dark World in theaters last November.  Admittedly, I liked it a bit more the second time around, but that was only after having the character of Thor fleshed out a bit more in The Avengers.    I didn’t enjoy the story of the first film and more so I’m not a fan of turning mythological gods into superheroes.   What’s next?   Is Zeus going to round up the gods of Olympus to create the Z-Men?

So nobody was more surprised than me when I came out of the theater last year totally amazed by what I had just seen.  Thor: The Dark World was not only infinitely better than the first film; it was instantly bumped to my top three Marvel movies of all time bested only by Iron Man and The Avengers.  Honestly, I’d rather not even classify this as a superhero movie.  The fact that Thor is working solo in this film; or at least without the aid of his other Avenger associates, takes this story entirely from the genre of comic book superhero and makes it more of a battle of gods vs. ancient evil.  Throw in a bit of a love story with the whole “taking the girlfriend to meet the parents” vibe and The Dark World even works as a date movie.    Given Chris Hemsworth’s golden locks and obligatory shirtless scene, you probably won’t have much convincing to do. 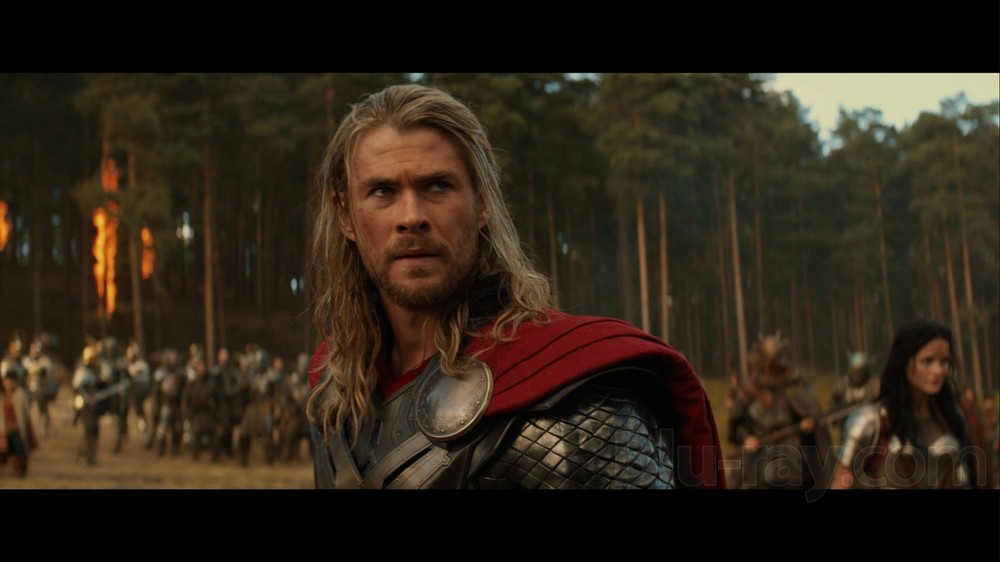 The film starts with a stunning CG opening created by Blur Studios and a narrative to set the stage for the upcoming drama.  It seems that a long time ago in a galaxy far, far away a Dark Elf named Malekith (Christopher Eccleston) was vanquished by Thor’s grandpa.   Malekith sacrificed his armies so he could escape into deep space while the Asgardian army secured his ancient dark weapon known as Aether in a forgotten dimension.  But now, as the Nine Realms are starting to align once again, the Aether has escaped and found its way into Dr. Jane Foster (Natalie Portman).  This event awakens Malekith who sets out to once again conquer the universe, only this time he will take out those pesky Asgardians first.

The story plays out both on Earth and Asgard with a few diversions to other realms.  We get to see parallel events unfold dealing with Dr. Erik Selvig (Stellan Skarsgård), Darcy (Kat Dennings), and Jane on earth as they investigate mysterious gravitational phenomenon around London related to the Convergence, meanwhile Thor (Chris Hemsworth) is bringing back control to the realms for his father, Odin (Anthony Hopkins), and Loki (Tom Hiddleston) has been locked away in the dungeon for his crimes against New York in The Avengers.

Once Jane becomes host to the Aether, Thor must head to Earth to try an save her.  He brings her home to Asgard just about the time Malekith launches a surprise attack on the city in a breathtaking battle sequence.   Thor must form a shaky alliance with Loki to save Jane and rid the galaxy of Malekith once and for all, but Loki has his own agenda.   The movie is quick to get up to speed and maintains a flawless fast pace thanks to some excellent editing (excised scraps available in the bonus section).   There is a perfect blend of adventure, humor, and a dash of romance – even Darcy finds a man – that makes this film a joy to watch and re-watch over and over. 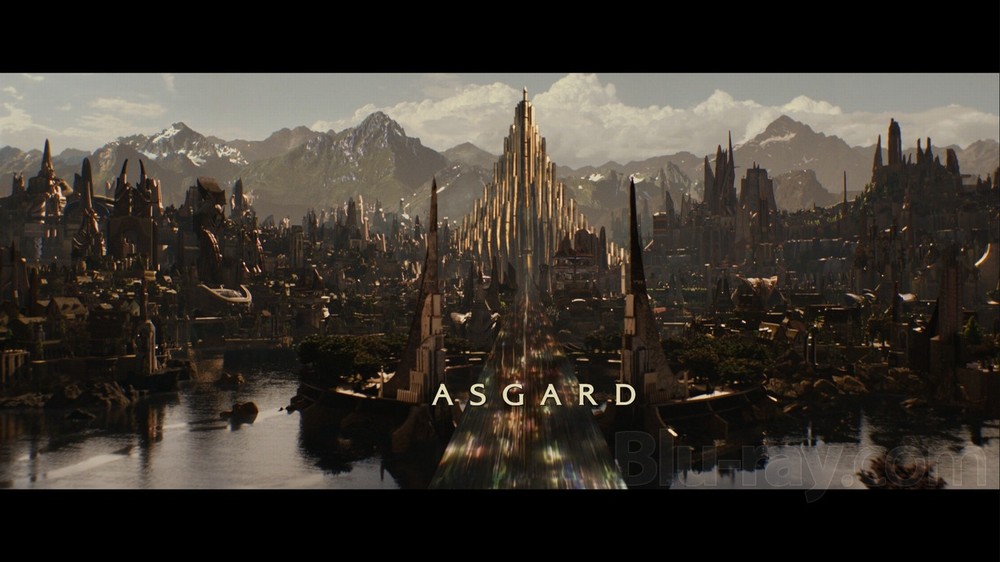 Thor: The Dark World looks incredible with a somewhat dark and oppressive 1080p/AVC transfer that perfectly fits the theme of a film where the universe is about to be conquered by darkness.  London is suitably overcast and gray, which only makes the golden glow of Asgard shine even brighter.  Black levels are sharp and there are no artifacts or crush issues in the heavily contrasted picture.  Detail levels are excellent and the blending of live action and CG is undetectable.  Likewise, the DTS-HD 7.1 Master Audio mix will have you cranking this film up an extra notch.   LFE is nearly overpowering in some scenes as my subwoofer worked to keep up with the destruction and power of Thor’s hammer.  There is excellent use of all the surround channels to create an immersive world while dialogue is nicely prioritized to the center so you never miss a word.

There is a suitable amount of extras on the Thor: The Dark World Blu-ray that starts with the much-hyped short film, Marvel One Shot: All Hail the King, a 14-minute feature that continues the story of Ben Kingsley’s Trevor Slattery and his new life in prison after Iron Man 3.  I’m not sure if it’s worth all the hype it’s been getting, but the mini-movie is amusing and there is a cool cameo buried in the credits that’s worth a look. 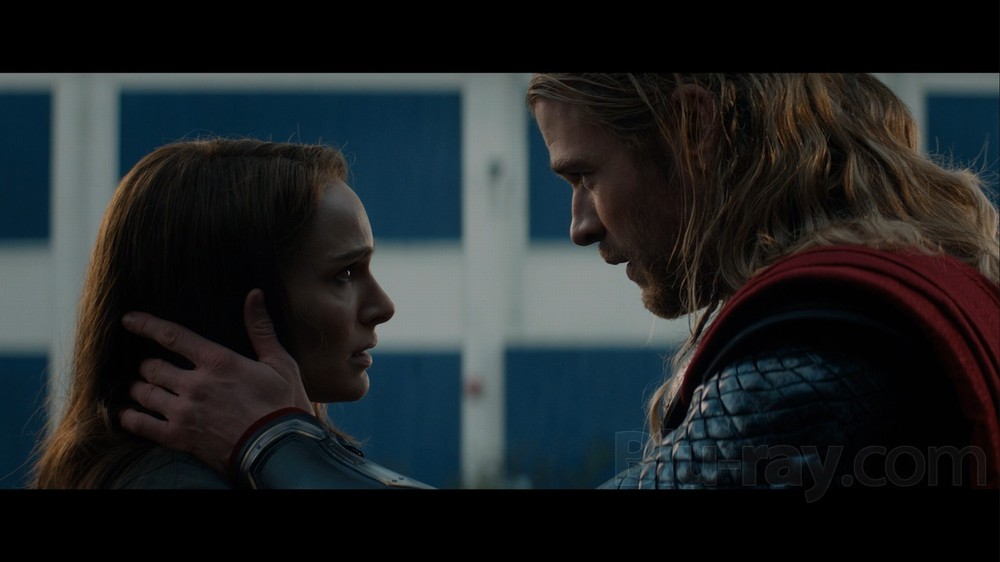 For those looking for some insider info on the making of the film there are sadly no “making of” features, but there is a nice commentary by Director Alan Taylor and cinematographer Kramer Morgenthau who share one mic and Marvel Studios president Kevin Feige, and actor Tom Hiddleston who share another.  As with most commentary that is recorded separately then edited together there are a few awkward moments, but for the most part the entire dialogue is informative and educational, yet never quite entertaining.  A Brother’s Journey: Thor & Loki is the only significant feature on the disc and spends 32 minutes going into the development and casting of Thor and Loki, both in their own franchise as well as their appearance in The Avengers.  There are eight minutes of Deleted and Extended Scenes, many of which should and probably could have been left in the film.  It’s also your only chance to see Hiddleston dressed as Captain America.  Composer Brian Tyler spends five minutes discussing how he scored the film based on specific character themes, and there is a mildly amusing four-minute Gag Reel.  You’ll also want to check out the final bonus – a four-minute exclusive look at Captain America: The Winter Soldier.

Thor: The Dark World is the movie that the first one should have been, but I also realize that it wouldn’t be as good as it is without the precursor origin material we had to glean from Thor and The Avengers.  I can’t imagine anyone but Hemsworth playing Thor, and Hiddleston seems to make the most of every second he’s on the screen – perhaps he’s going for his own Loki spin-off.   The rest of the supporting cast all make the most of the witty script with some excellent performances that only make us want to spend more time with these characters.  Disney/Marvel are at the top of their game technically, with gorgeous video and rich vibrant sound that will take you from London to Asgard in one of the most exciting superhero movies to date and a must –own addition to your Blu-ray library. 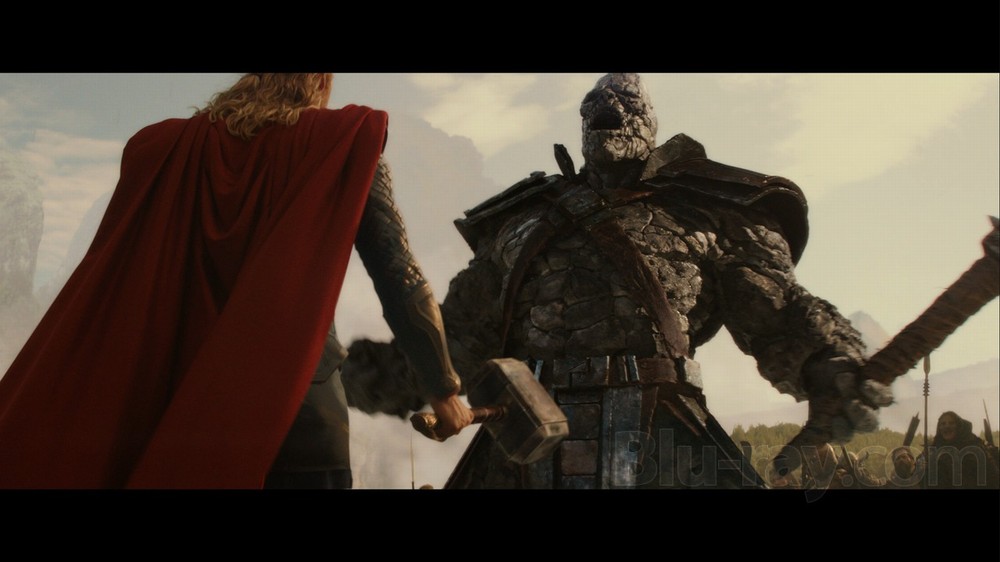 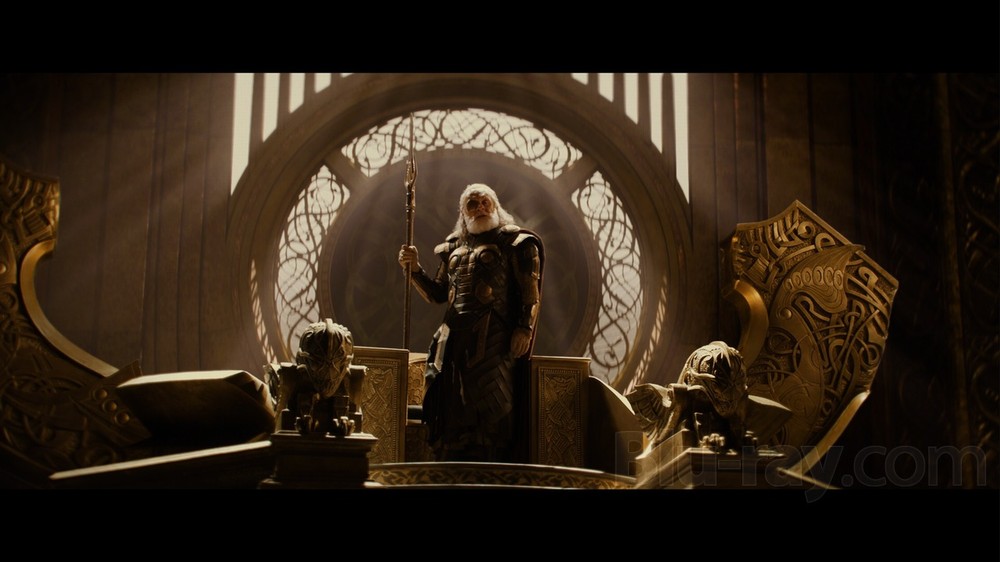 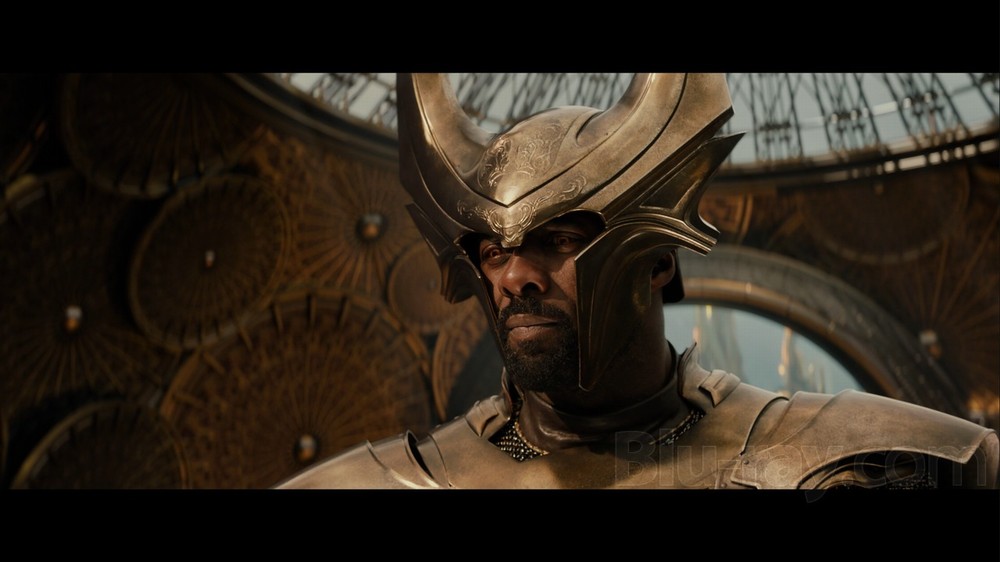 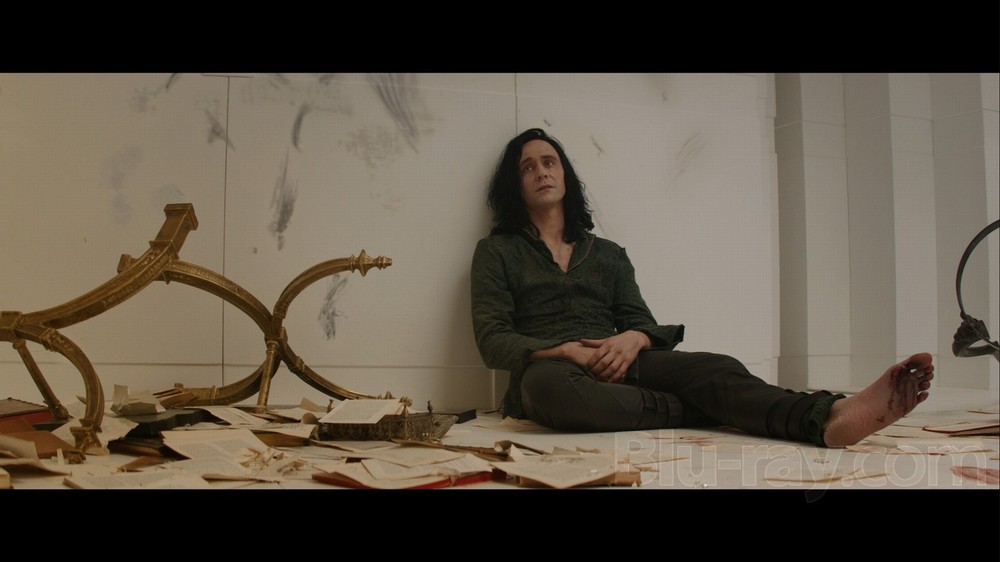 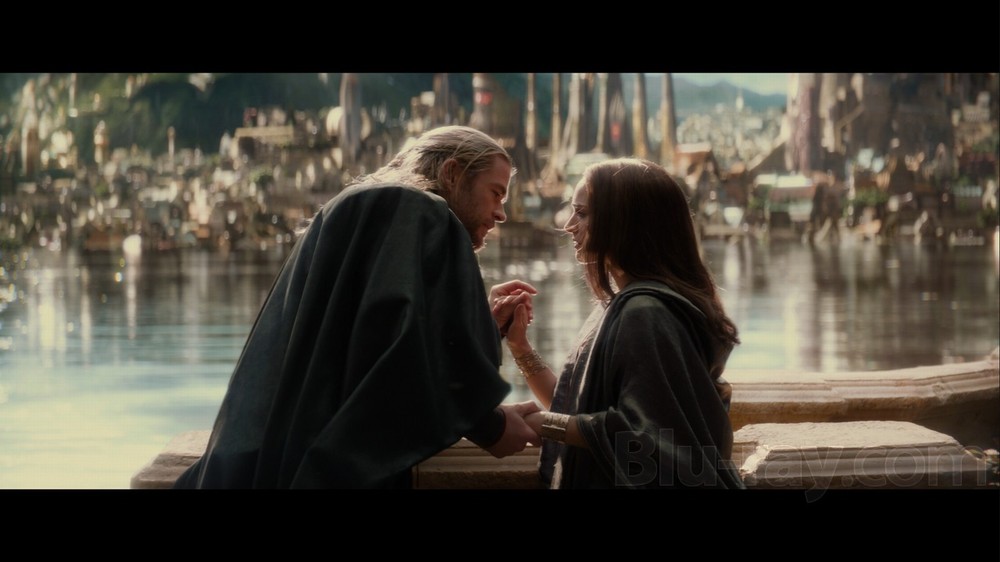 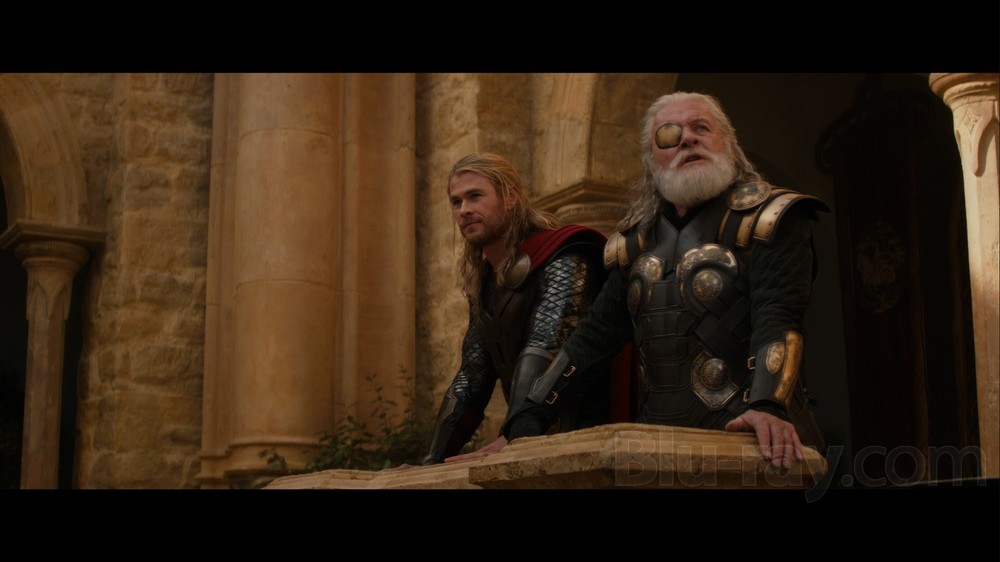 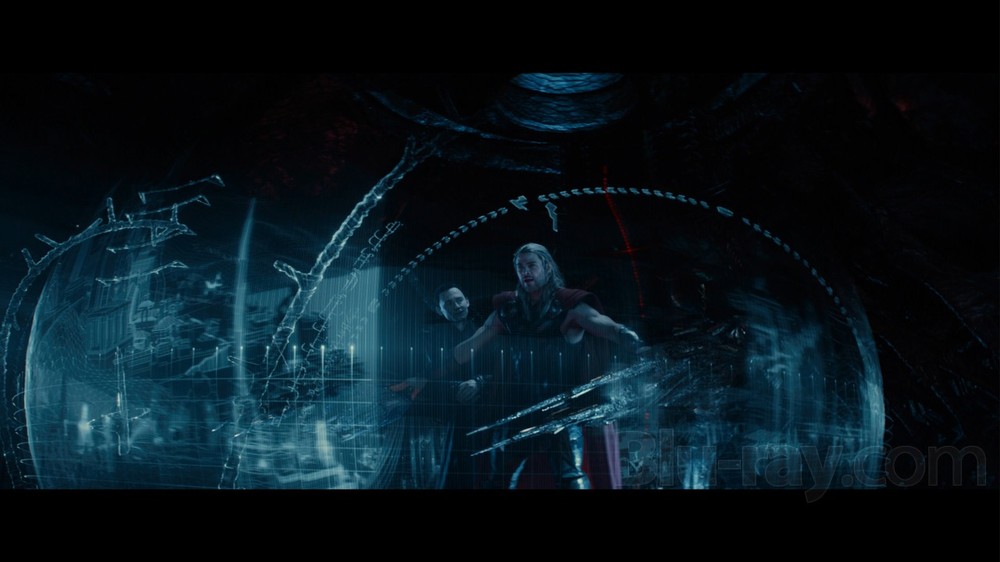 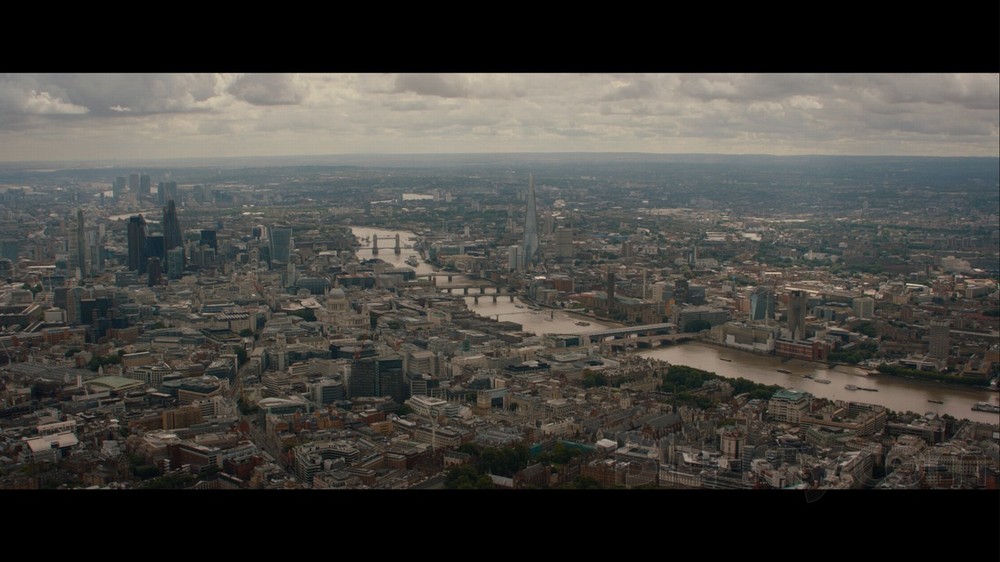 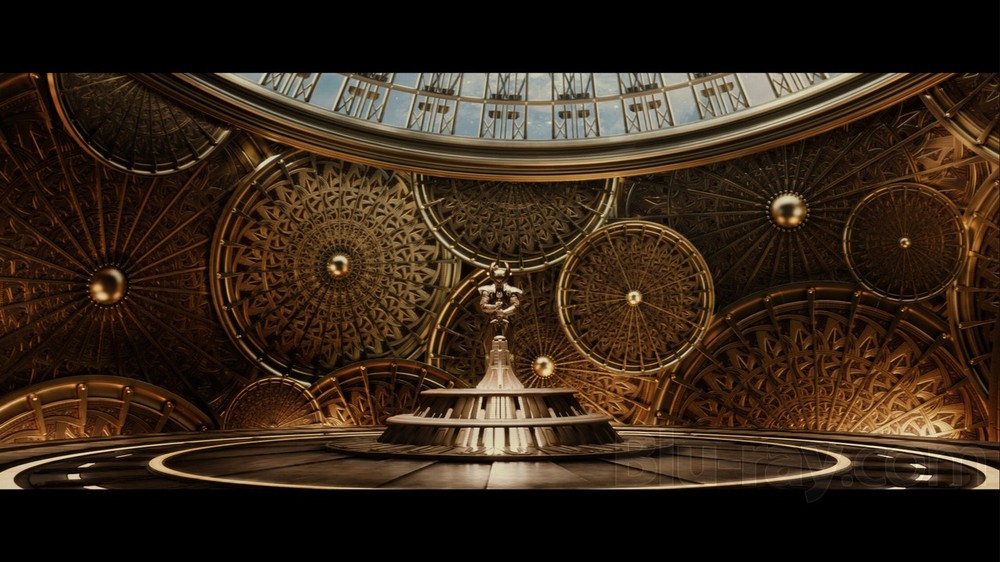 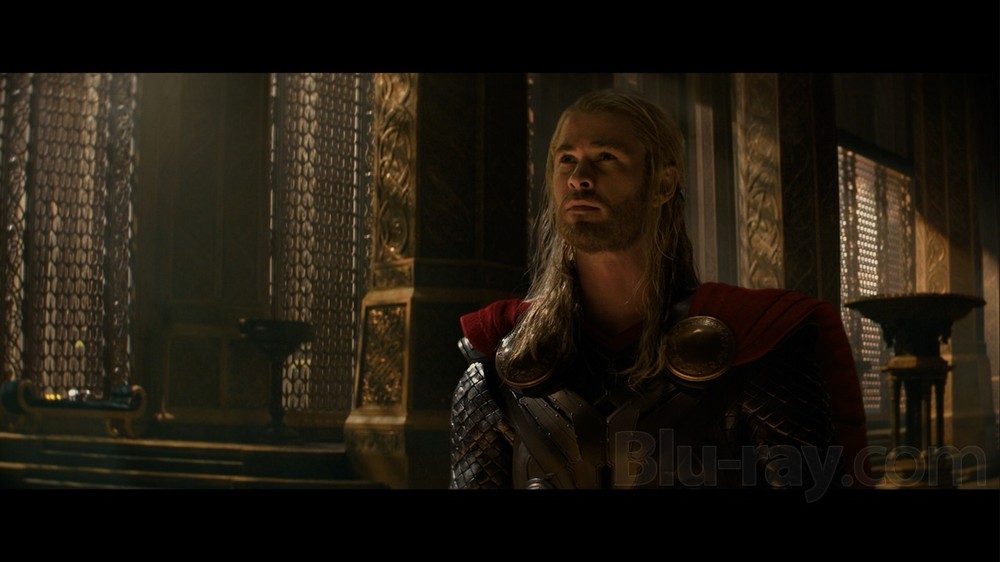 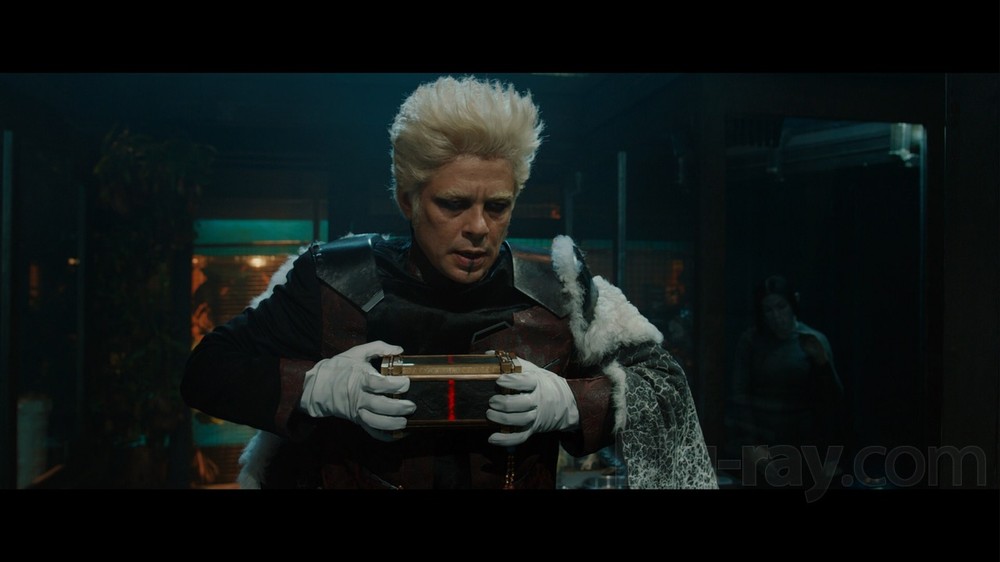