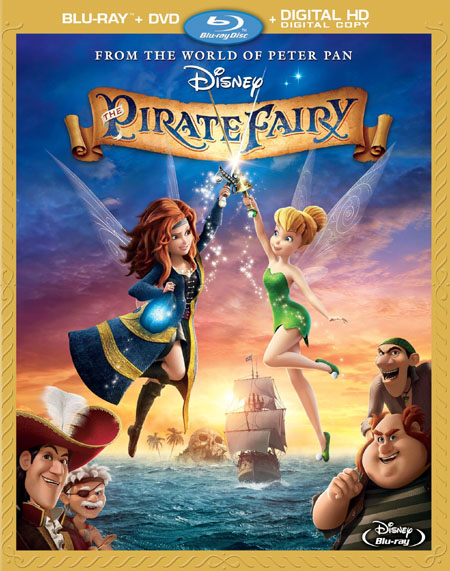 Making us wait for the Peter Pan and Tinker Bell meeting, short movie and light on extras but still priced as a feature film

The perfect mixture of intrigue, humor, teamwork and a whole lot of pixie dust to create an excellent adventure for the pirate inside all of us.

Pi..Pi..Pirates!! That’s right pirates make their appearance for the first time in the Disney Fairies franchise with the swashbuckling Blu-ray release of The Pirate Fairy. I’ve always been a huge fan of the Disney Classic Peter Pan and after seeing all the Tinker Bell movies thus far I was wondering when the two stories would eventually come together. While this newest entry to the franchise doesn’t include Peter Pan himself, the world gets one step closer to that reality.

As the name suggests, this is another film that doesn’t focus entirely on Tinker Bell herself, but rather Zarina, a Dust Keeper Fairy, whose inquisitive nature rivals that of the most creative Tinkerer ever. Zarina is amazed at the power of pixie dust and can’t help herself from doing exactly what she’s told not to do, tampering with it, which ends in disastrous results ever after Tinker Bell of all people tells her that she should probably stop. As strange as that may sound it sets the pace for the rest of the movie when Zarina leaves Pixie Hollow after being told that she’s no longer allowed to be a Dust Keeper Fairy by the Scottish sounding Fairy Gary. 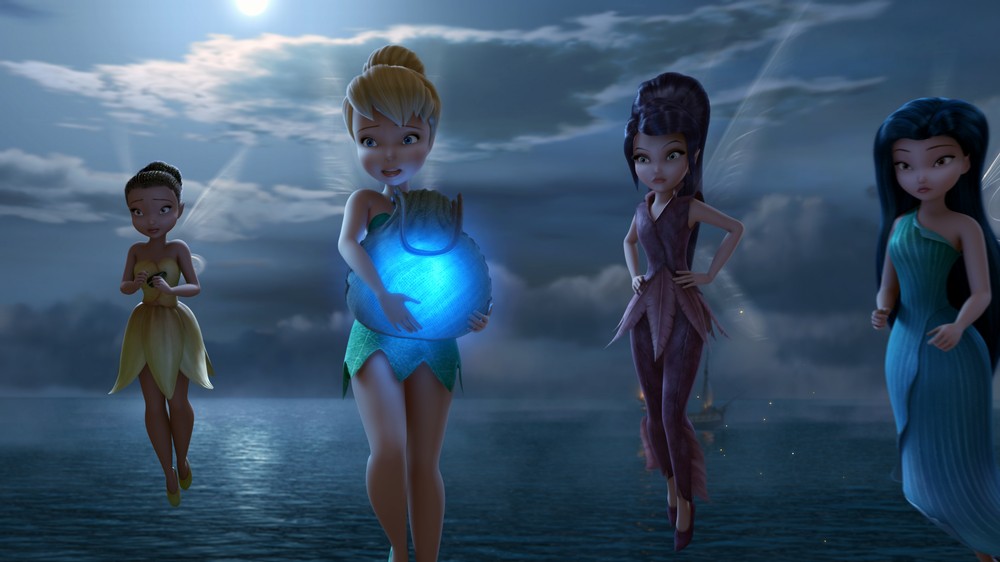 The overall mood of the movie has the lighthearted feel that its predecessors have though at times plays down the “happy” during the more serious moments. The mood gets a bit dark in moments like when all the fairies gathering in Pixie Hollow are put into a temporary sleep or during a rather critical reveal later in the movie. As you watch the movie you quickly realize that things are not at they appear to be as Zarina, once trusted with the very lifeblood of fairy life, takes all the blue fairy dust in Pixie Hollow for her pirate agendas. It’s up to Tinker Bell, Iridessa, Fawn, Silvermist, Rosetta and Vidia to get the Blue Dust back from Zarina and the pirates though it’s going to be harder than everyone’s favorite faeries can imagine.  In an attempt to get the dust back, Zarina covers Tink and Co. in a shower of multiple colors of pixie dust which effectively switches all their talents. Hilarious moments ensue when each fairy must learn to use each other’s former abilities to get back the dust and stop the pirates even if it means going up against Zarina again. Seeing Vidia act like Tink is funny beyond words considering their past antics and history.

The Pirate Fairy’s adventurous story takes viewers all over Neverland from the deep corners of Pixie Hollow to the ocean waves and the iconic recesses of Skull Rock aboard a pirate ship. Like its predecessors, The Pirate Fairy, looks great in every detail be it a zoomed out view of Neverland to the minute detail on the texture of the fairies clothing. Even from the beginning of the movie you learn something about Zarina’s character and mindset from the detail in the worn out soles of her shoes that you see for mere seconds as she walks to work instead of flying like the other fairies seen moments before. A significant portion of the movie takes place over and in open water, and I was really impressed with the ocean water effects and the worn and used look of the pirate ship. As someone who appreciates the little details I also loved how Tink and Co.’s outfits are altered and blended in color and design to reinforce that their talents have been switched. It’s more apparent with Fawn and Vidia’s costumes compared to their original attire while others are more subtle. 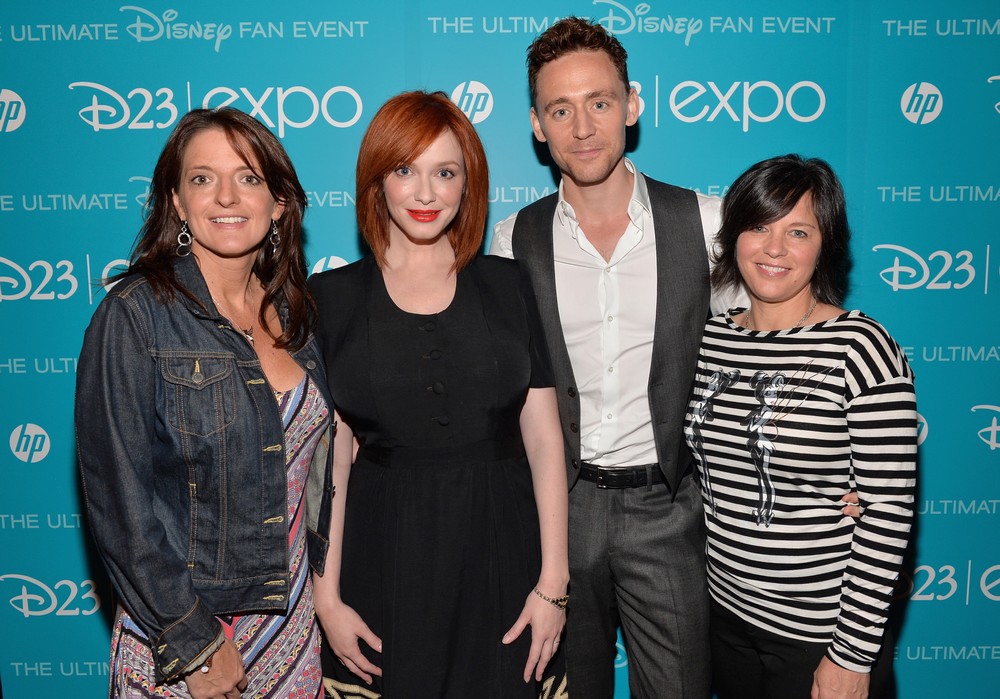 The director, Peggy Holmes, also does tie in the previous movie with Tink throwing out a line about her sister as well as reinforcing the need for Winter Fairies to stay cold. This is not overly surprising as Peggy helped co-direct Secret of the Wings for those that haven’t seen it or watch the credits.  Speaking of cast and crew all of your favorite fairies are voiced once again by their respective talents as well as as introducing the talents of Christina Hendricks (Mad Men) and Tom Hiddleston (Thor) as Zarina and James respectively. Tom does an amazing job as the cheerful James the Cabin Boy how seems to be the only one that understands Zarina in the crew. Anyone with a good ear and a love of Disney will recognize the current voice actor for Pete (of Goof Troop fame) as not one but two of the pirates in Zarina’s crew. 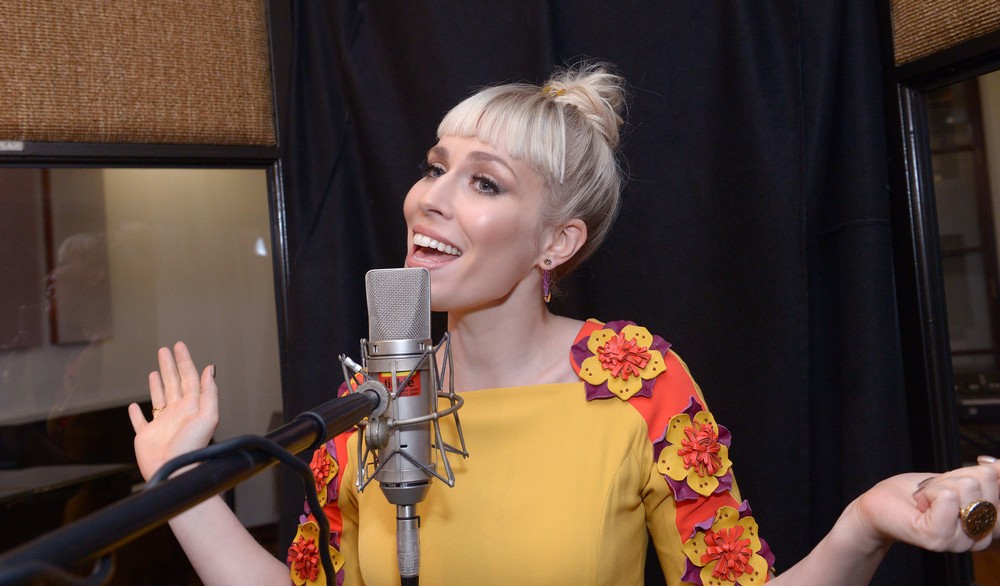 The Pirate Fairy also features a great score filled with moments of happy melodies and more than its fair share of darker tones. The series also matures a bit with an English 7.1 DTS Master Audio mix instead of the usual 5.1 from previous installments. The Pirate Fairy also includes musical numbers by Natasha Bedingfield, which are both inspiring and a little more matured in nature versus the Disney stars used in the previous films like Zendaya and Selena Gomez. It also would not do the movie justice not to mention the fantastic pirate song “The Frigate That Flies” heard in the middle of the movie. If ever there was a classic Disney pirate song collection then this song is destined to be a part of it, as it’s an amazing piece that makes you want to start singing along.

The Pirate Fairy Blu-Ray may not contain a treasure trove of bonus material, but it definitely comes with some pirate-worthy extras including a documentary covering the legacy of Neverland, Peter Pan and J.M. Barrie, author and creator of it all. Kids and nature lovers alike can learn a thing or two about crocodiles with the included “Croc-u-mentary”. And for those in the mood for a tune you can load up the two sing-along songs “Who I Am” and “The Frigate That Flies” and sing like a pirate to your heart’s content. This 2-Disc set also includes a DVD copy of the film as well as a Digital Copy for the family on the go.  You can now watch the movie as well as all of the Blu-Ray’s extras via almost any web browser or available app thanks to the Disney Movies Anywhere program that you can sign up for when you redeem you digital copy, which is pretty cool.

As a longtime fan of Peter Pan, I absolutely fell in love with the story and action in The Pirate Fairy. This movie features the right mixture of intrigue, humor, teamwork and a whole lot of pixie dust to create an excellent adventure for the pirate inside all of us. The animation looks great, the songs are awesome and the action was entertaining all the way through. While you might not see a flying pirate ship anytime soon, you’ll definitely want to see The Pirate Fairy on Blu-ray if you have a love for pirates and the Disney Fairies franchise. Check out this release before it flies off shelves today. 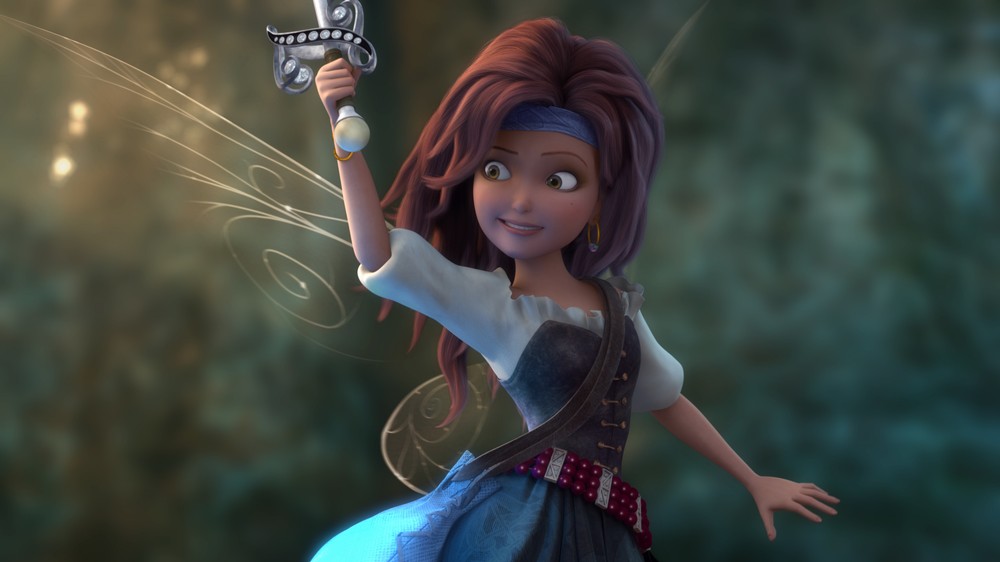 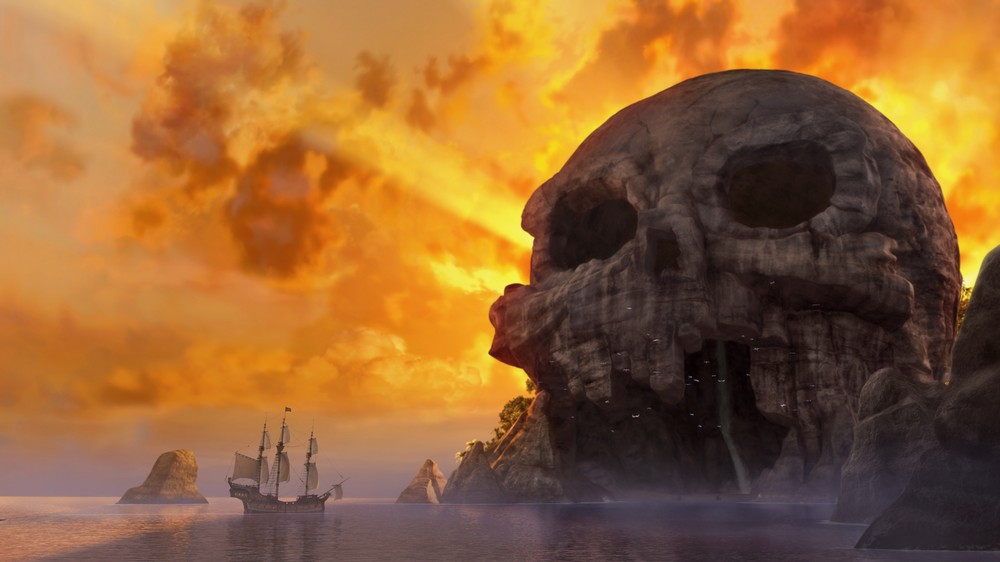 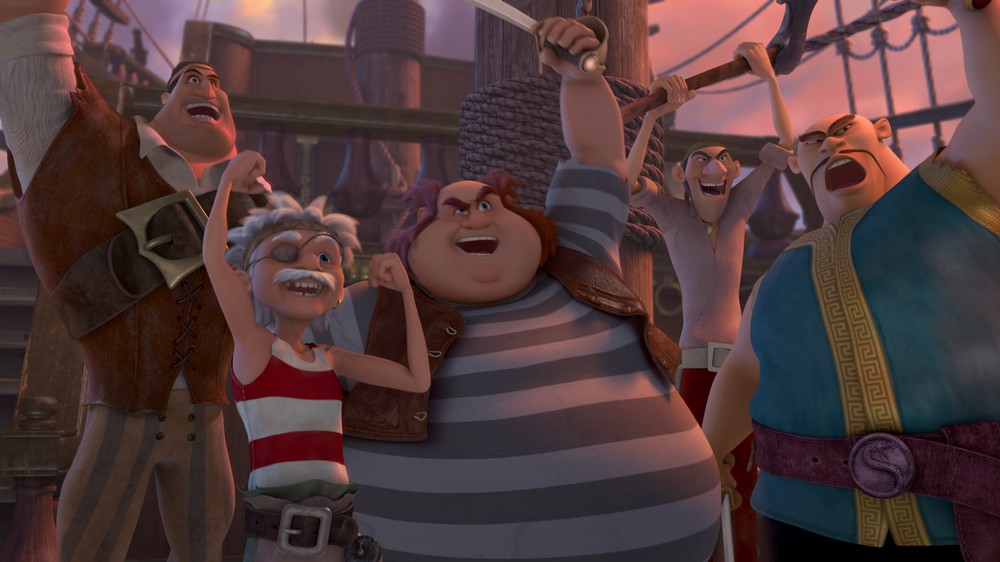 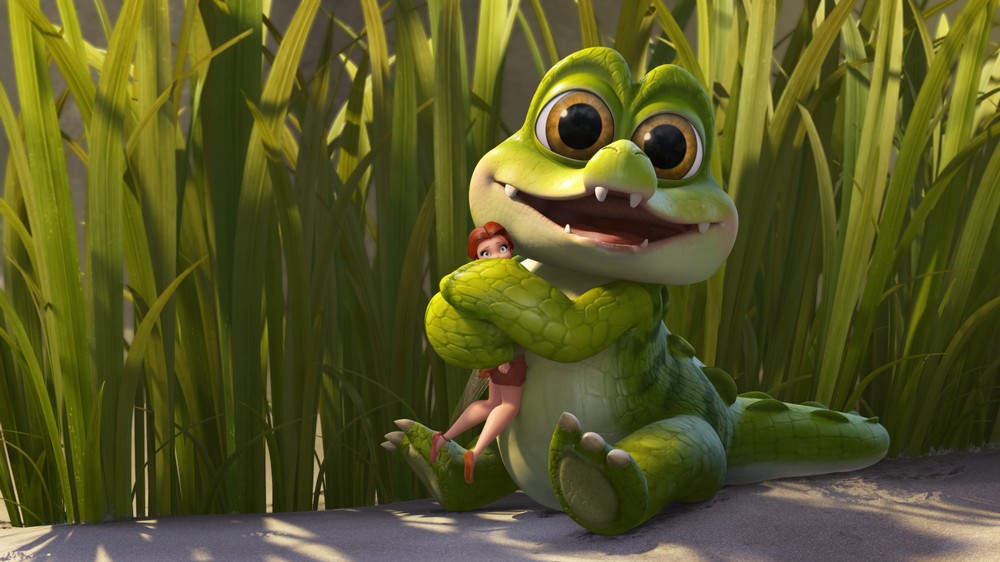 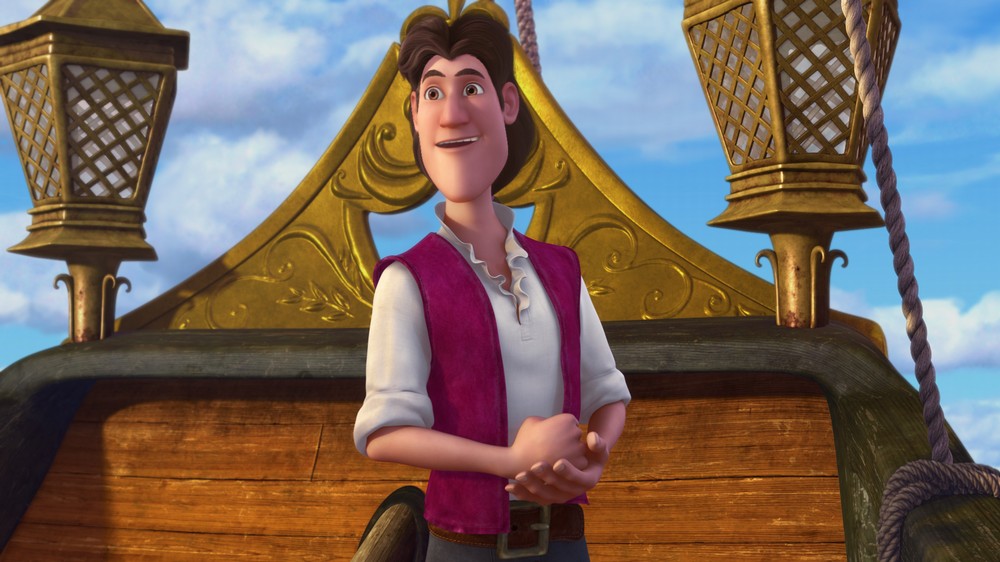 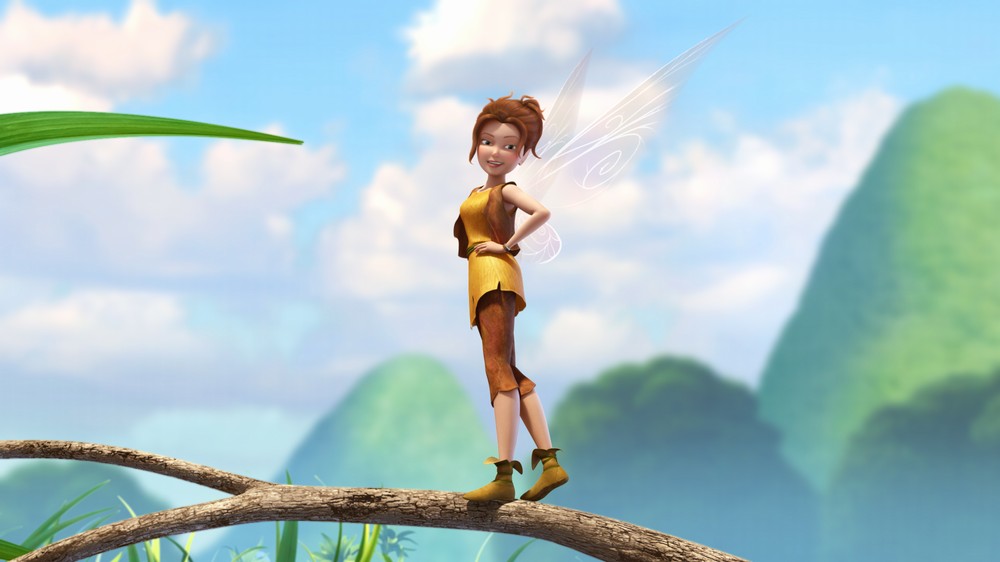