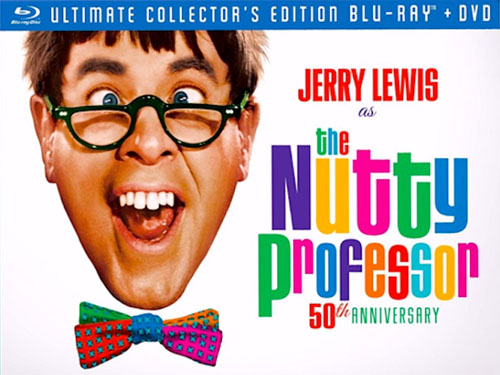 This timeless classic is just the main course in the UCE Lewis movie marathon.

It’s not often that I get to review one of the “classics”.  Jerry Lewis’ The Nutty Professor is celebrating its 50th Anniversary, which just so happens to coincide with my 50th birthday a few months ago.  Obviously it would be 10-12 years from its original release before I would ever see the film, but I do have fond memories of watching it…long before Eddie Murphy would reprise the role in his hilarious reboot.  Sadly, more people are likely more familiar with Eddie’s version than the 1963 original, but hopefully this newly remastered anniversary box set will change that.

I was a big fan of all the classic Lewis films, especially in those where he teamed up with straight man, Dean Martin.   The Nutty Professor not only stars Jerry Lewis, it marks his fourth time directing, and even today it remains one of my all-time favorite comedies that manages to stand up to the test of time.  In a world dominated with mature-themed comedies there is something refreshing about a laugh-aloud movie you can share with the entire family. 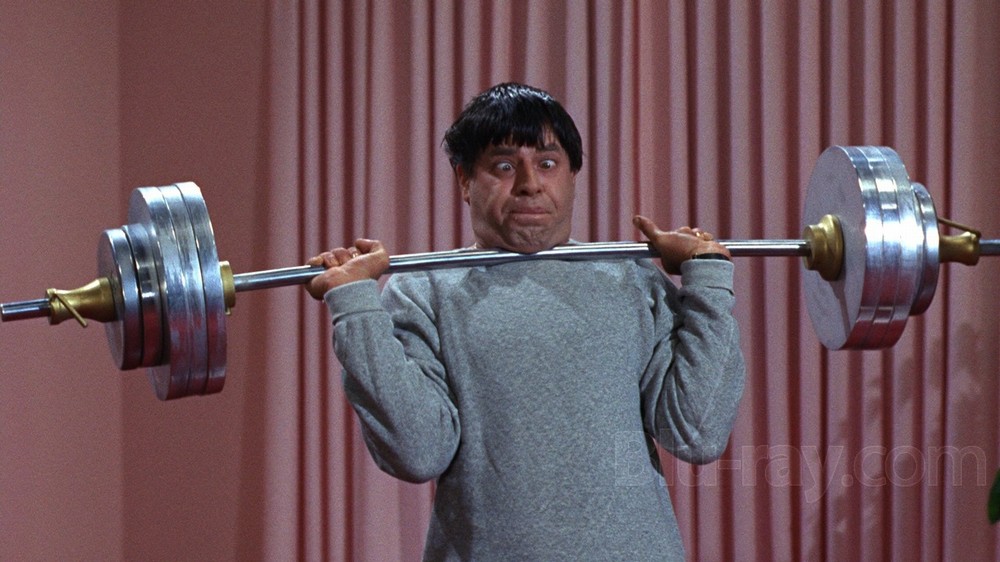 For those who have managed to avoid this film for the past fifty years, Lewis plays Julius Kelp, a college professor who is a loser with the ladies as well as in his professional life.  His clumsy chemistry experiments often end with disastrous results, causing him to lose all respect with his superiors as well as his class.  One student, Stella Purdy (Stella Stevens) catches the professor’s eye, and he immediately sets out to get physically fit – like the jocks who frequently skip his class.  After numerous and humorous failed attempts trying to reinvent himself the doc decides to take a scientific shortcut, and the result is a formula that turns him into Buddy Love; a swinging Rat Pack hipster who’s a hit with all the students…except for Stella.

The rest of the film plays out much as you would suspect (especially if you’ve seen the Eddie Murphy remake) with Julius trying to lead a Jekyll and Hyde dual existence that ultimately comes to a head with hilarious results.  In fact everything is perfect when it comes to the comedic formula that Lewis has crafted for this film.  All of the visual gags, the physical comedy, the outrageous wardrobe choices, and Lewis’ perfect comedic timing all come together to create a timeless comedy classic. 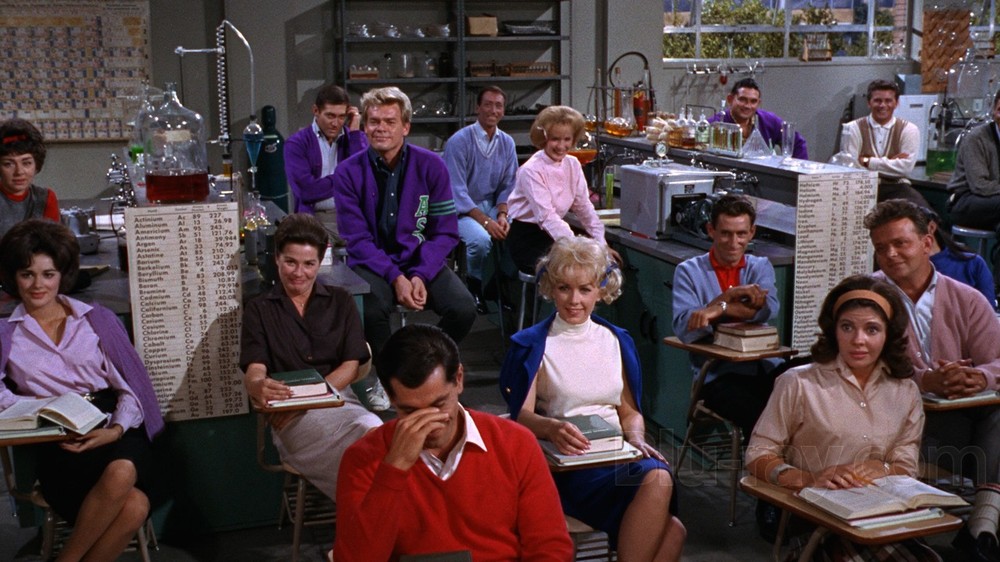 I was eager to see how a fifty year old film would make the transition to Blu-ray and thankfully, for the most part, it was a success.    Many of the scenes explode with vibrant colors that are as rich today as they were in 1963.  Contrast is sharp and black levels are solid and there was no discernable grain, artifacts or noise to get in the way of enjoying this classic.   Purists can still enjoy the film in its original mono soundtrack or you can enjoy a new DTS-HD MA lossless 5.1 mix that seems to forget about the rear channels but makes expert use of the front three for panning effects and centralized dialogue.

The Ultimate Collector’s Edition features all of the previously available extras from past releases along with a few new surprises.  First up is the feature commentary with Jerry Lewis and Steve Lawrence recorded for the 2004 special edition.   Another 2004 extra is “Perfecting the Formula”, a short but informative interview with Lewis on the creation of the film.  New for this release is Jerry Lewis: No Apologies, a nice 20 minute documentary that shows us what Jerry is up to today.  Jerry Lewis at Work is a 30 minute featurette that explores Jerry’s early career.

Moving on we have a handful of Deleted Scenes totaling almost 7 minutes and 4 minutes of Promos feature Lewis and Stevens.  And if you didn’t laugh enough during the film there are over 13 minutes of hilarious Bloopers that will keep the chuckles going.  There is an Alternate Scene where Kelp Calls his Father, two Test Footage scenes, a Theatrical Trailer and short dedication segment where Julius Kelp is immortalized in wax at the Movieland Wax Museum. 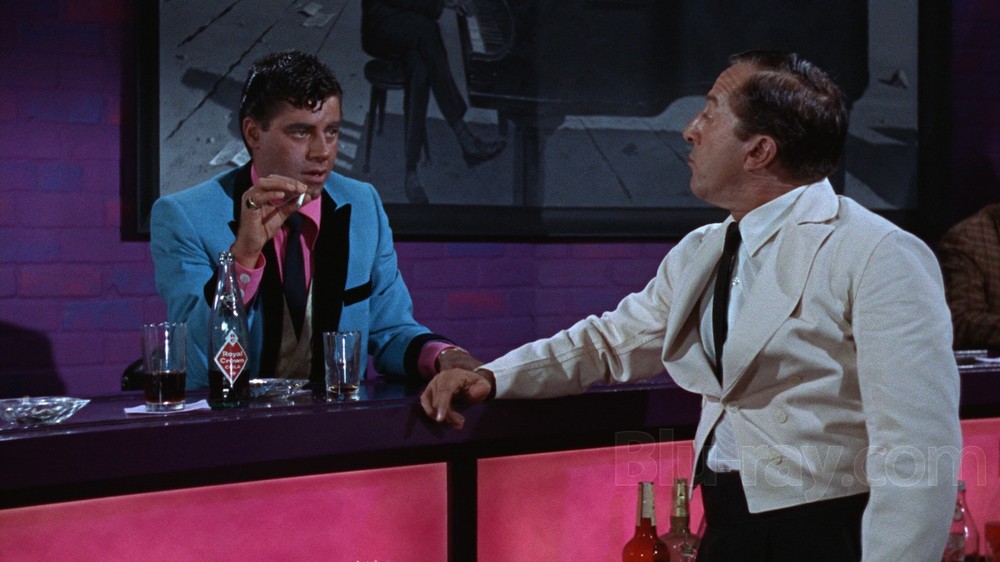 This Ultimate Collector’s Edition box comes loaded with more non-Blu-ray extras including; The Nutty Professor on standard DVD, which includes all of the Blu-ray’s special features, except for the No Apologies featurette.  Also on standard DVD are Cinderfella with commentary and bloopers, and The Errand Boy with commentary, bloopers, promos and trailer.  On audio CD is Phoney Phone Calls 1959-1972; a collection of Jerry Lewis phone call pranks.  Also, exclusive to the box set are; Instruction book for “being a person”, an illustrated book that Lewis authored and gave to his crew, The Storyboards, a 48-page collection of storyboards and renderings from the film, and perhaps one of the coolest items, a 44-page Cutting Script with handwritten notes, and even a reproduction of the survey card from test screenings.  The entire package is topped off with a personal Director’s Letter written by Jerry Lewis to introduce this collection.

The Nutty Professor: 50th Anniversary Ultimate Collector’s Edition Blu-ray is a fantastic collection of some of Jerry’s best and most memorable movies.  Not many films can test the time of five decades; especially comedies where content is often directly tied to the culture and sensibilities of the time, But Jerry’s brand of comedy is timeless and the same jokes and antics that made your parents laugh are sure to make you smile.  And for those only interested in The Nutty Professor and none of the extras or DVD movies included in the box, you can always wait until September 16th when The Nutty Professor will release in a standalone version.   You’ve already waited fifty years – what’s a few more months? 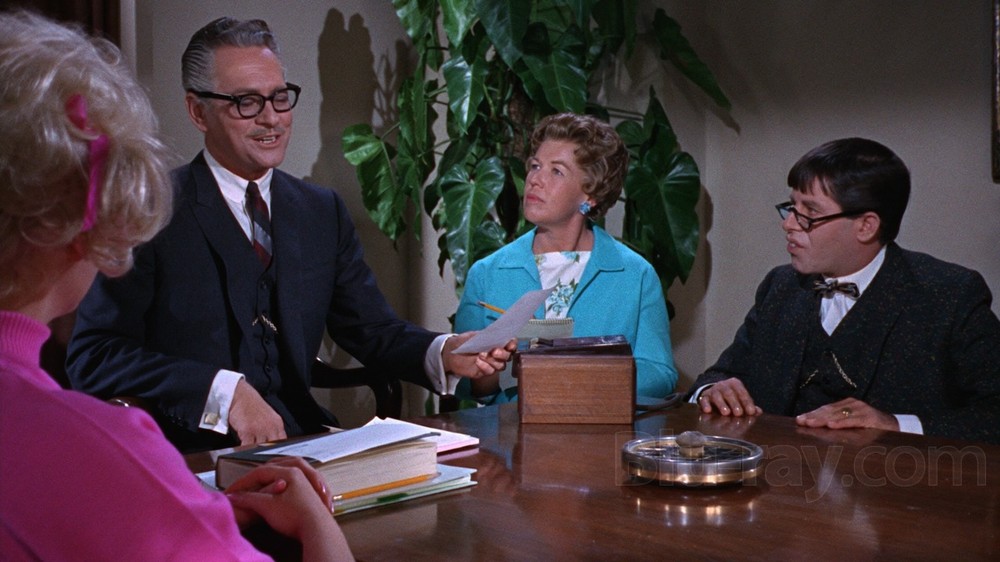 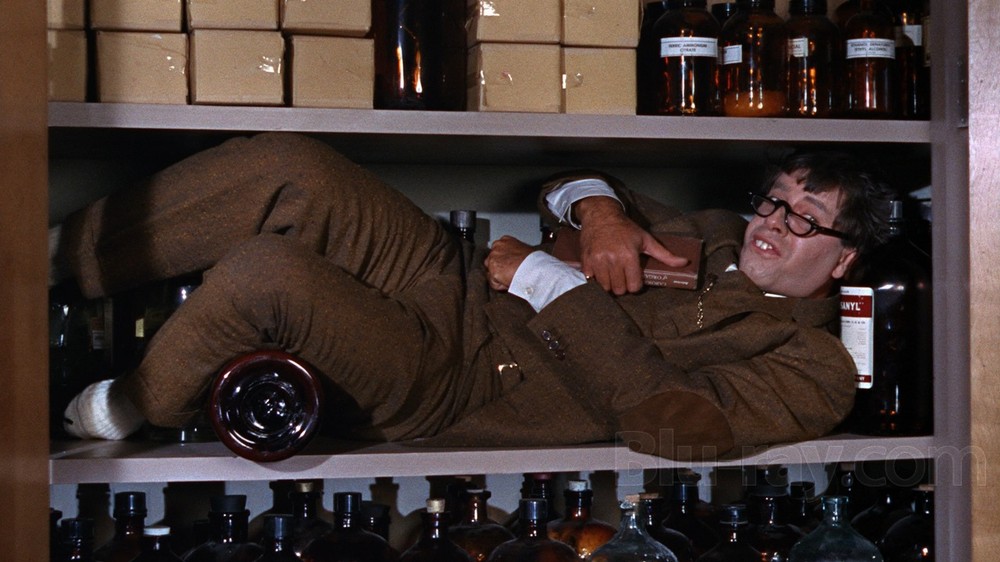 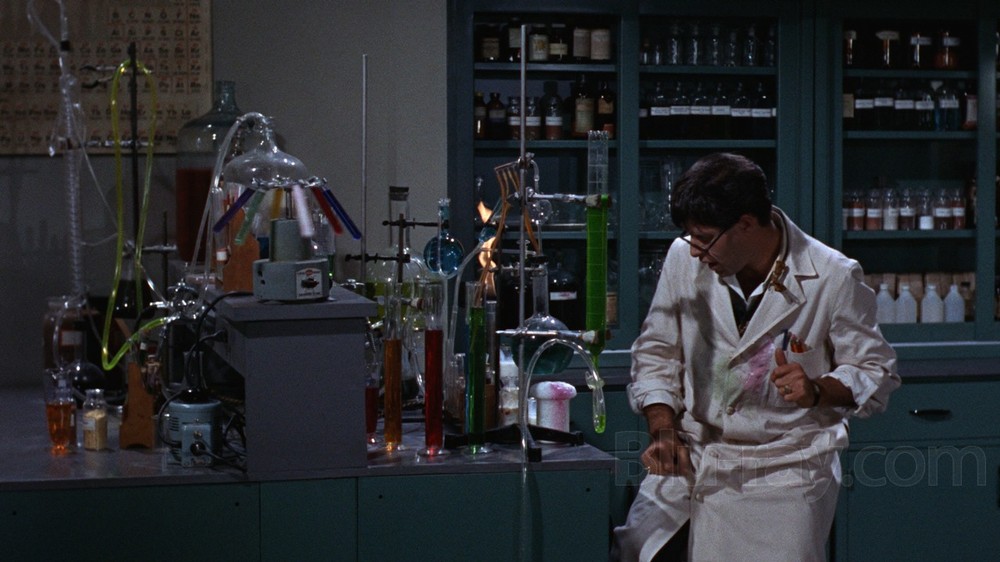 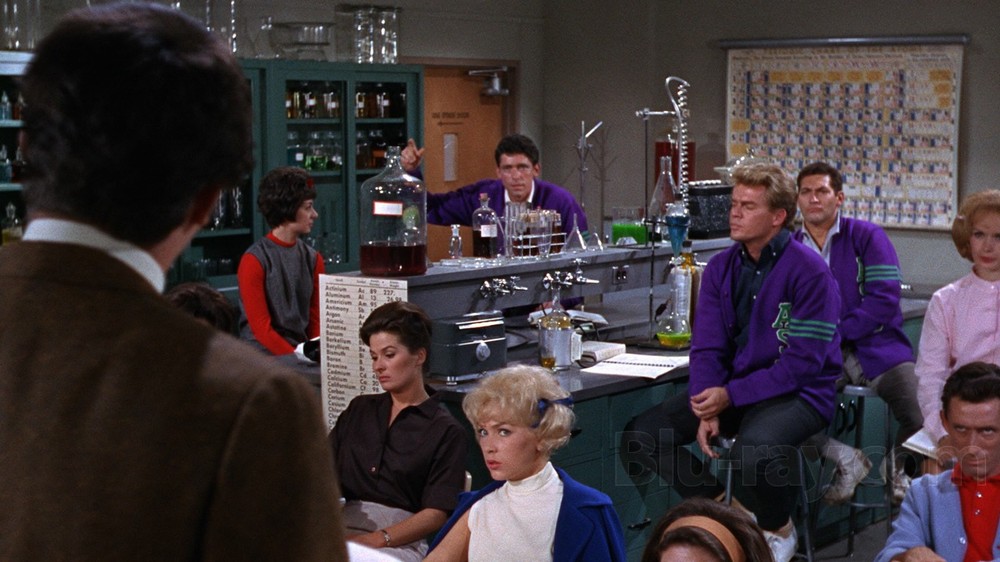 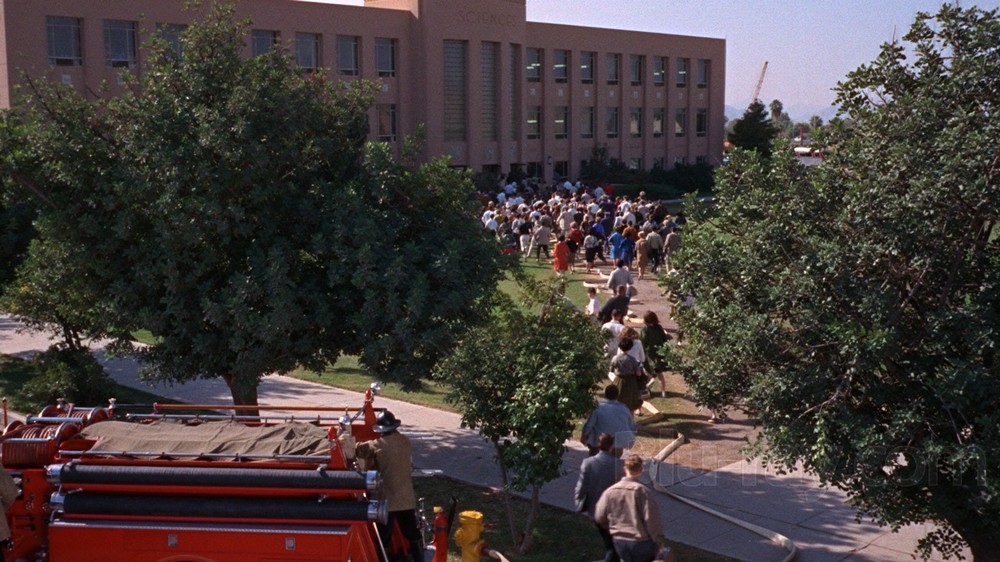 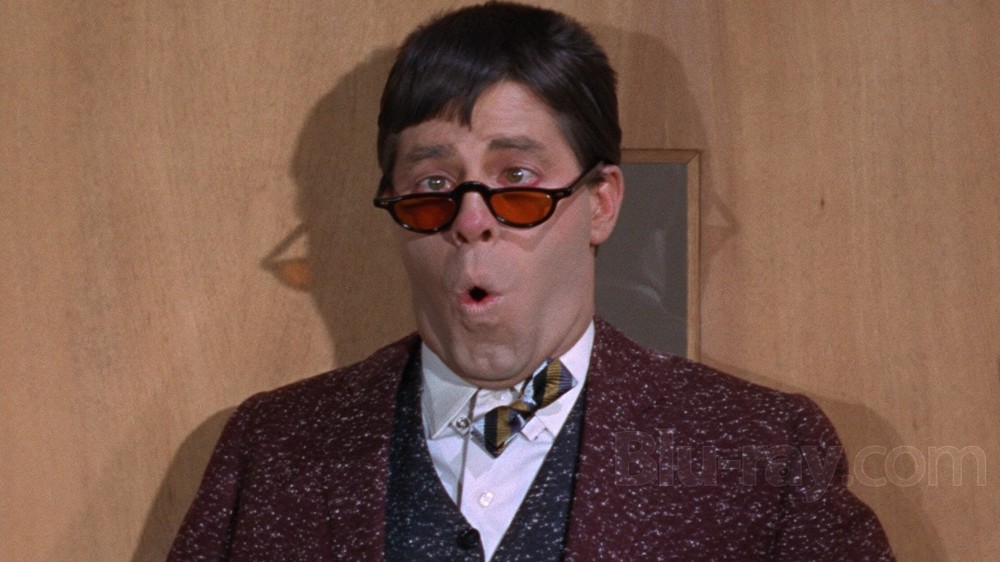 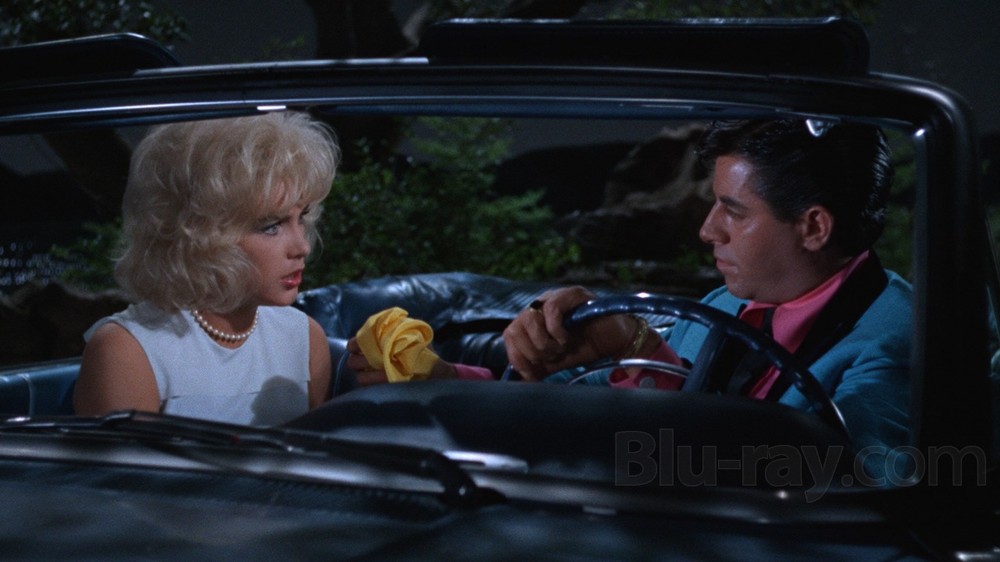 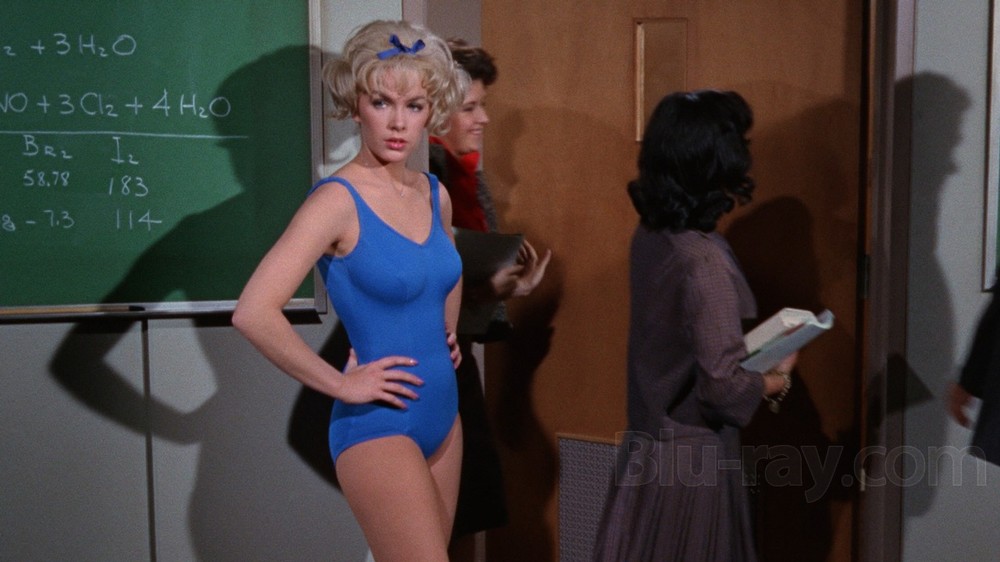 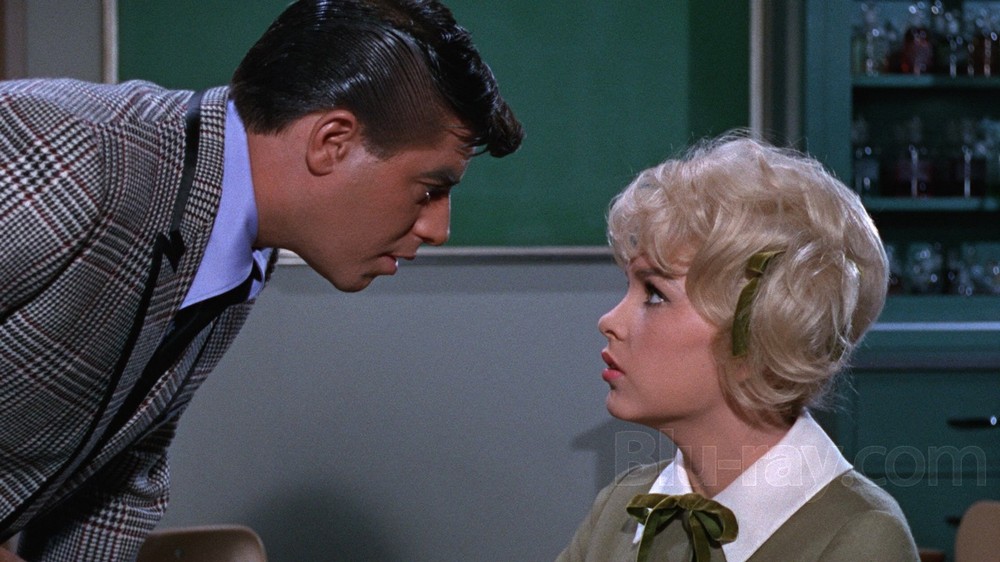