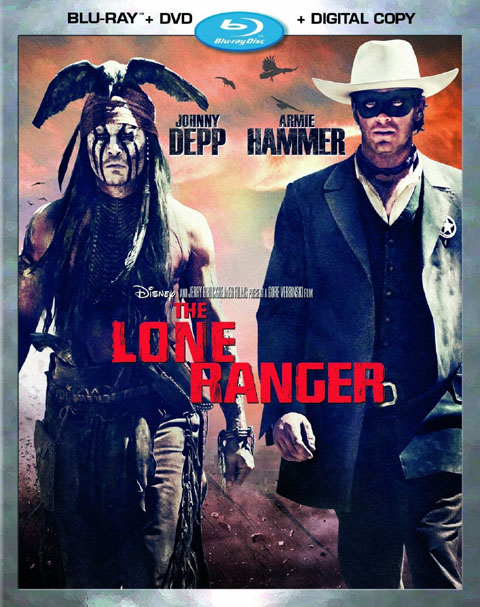 Suffers from pacing and balancing issues with all the action at the start and end and not much to keep you interested or entertained in the middle other than Depp's mischievous charm.

The Lone Ranger trilogy is off to a rocky start with this ambitious origin story that spends far too long introducing us to the masked man, but is still worth the ride

I never watched the original Clayton Moore Lone Ranger series from the 50’s; that is not until recently in preparation for Disney’s retelling of the story and potentially failed attempt to reboot the franchise.   To be honest, I only made it through two of the black and white episodes, a fraction of what I had recorded in a recent AMC marathon, which was only a fraction of the 217 episodes produced from 1949-1957.   I can see how this might have been entertaining and even amusing as people made the transition from radio to TV, but the campy acting and phony set designs had this series looking something more like a high school play.  I crossed my fingers and hoped that Jerry Bruckheimer and Gore Verbinski would do a better job.

The movie opens in the early 1900’s in San Francisco as a young boy in a Lone Ranger costume wanders into a Wild West exhibit at the local carnival.  He casually looks over the various exhibits until his eyes make contact with an old Indian figure posing near a teepee.  After a brief stare down the Indian’s eyes move and the boy gasps.  Obviously, this is Tonto, although why he is an exhibit in a traveling sideshow other than to tell his tale to the boy is never explained.  It does offer a few amusing intermissions throughout the film as we return to Tonto and the inquisitive youth. 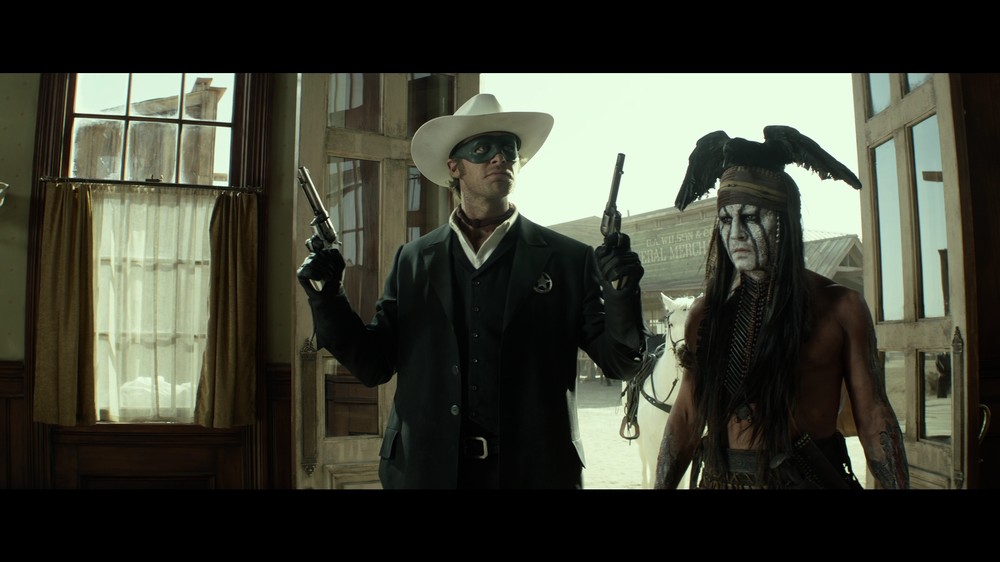 Perhaps it’s because of the recent rash of superhero movies or maybe it’s the mask, but The Lone Ranger, despite any obvious superpowers, comes off as more of a superhero than a traditional Wild West gunslinger, and in the tradition of superhero movies, the first movie is always the origin story.  And therein lies my main issue with this movie; the pacing.   The Lone Ranger kicks off with a fairly exciting prison train escape that finds our unlikely hero-to-be, John Reid (Armie Hammer) onboard the same train as prisoners, Butch Cavendish (William Fichtner), and Tonto (Johnny Depp).  Enjoy the action for as long as it lasts because the movie quickly settles into a lengthy drama with endless dialogue between John and Tonto as we slowly witness the death of John and his rebirth as the relunctant “Spirit Walker”.

The core story that deals with the railroad and a secret silver mine is frequently cast aside as we visit with tangent characters and loosely tethered plot threads involving John’s brother Dan, his wife (and John’s ex) Rebecca (Ruth Wilson) and her son.  There is an interesting brothel scene that dangerously tests the limits of Disney’s wholesome brand, and seems more tacked on to give Helena Bonham Carter her moment to shine as the roll of madam Red Harrington; a character so irrelevant that I can only assume it is in Depp’s contract that she appear in all his movies in some limited fashion. 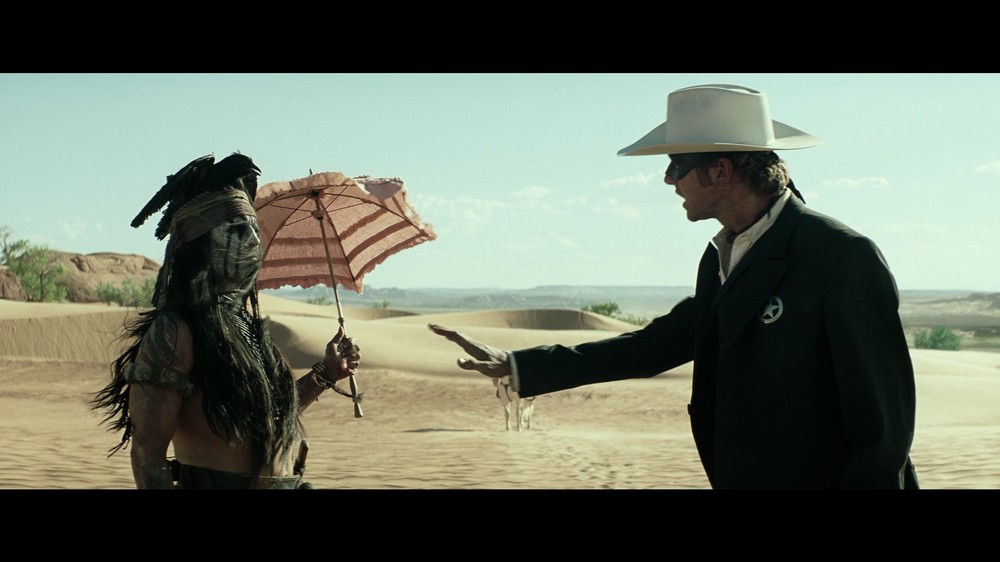 In addition to poor pacing, the balance of story seems to tip frequently in favor of Tonto, who honestly steals the show despite having limited lines, all spoken in short broken English.  As with his pirate character, Depp commits completely to his role both physically and mentally, and much of his humor is a result of a sideways glance, smirk, or other perfectly timed expression.   The Lone Ranger comes off as the straight man in this comedy duo; at least when the movie is trying to be funny.  Disney makes full use of the PG-13 rating with plenty of gunfights, dead men, dead horses, and even a grisly scene where Butch cuts open another ranger and eats his heart – all just off camera but no less chilling.

One could easily watch the first 120 minutes of the movie without ever catching on that this was a story about the Lone Ranger.  Sure, they hint at it with references, and it is fun to see John and Tonto’s friendship slowly evolve as well as marvel at the wonderful, almost supernatural abilities of Silver, but it is not until the final 15 minutes of the film when the trumpets finally blare the legendary first few notes of the fourth and final part of Gioacchino Antonio Rossini’s William Tell Overture that a hero is born.  And what a final 15 minutes they are with one of the most exciting train chase sequences ever captured on film.  You can’t help but tap your feet to the thumping theme music as John rides Silver across buildings, across the tops of trains, and even through train cars in his quest for justice.  It is easily one of the best and most exciting 15 minutes of movie watching I’ve experienced this year.  It’s just a shame that there is such a long and slow build-up to that epic moment. 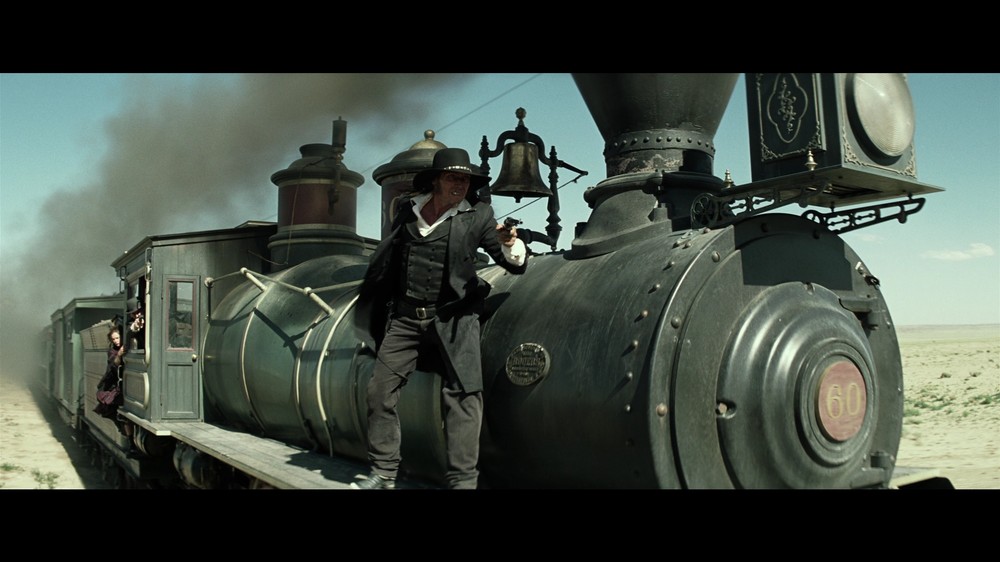 The Lone Ranger looks incredible with a near-flawless 1080p/AVC transfer that comes alive with some of the best location footage of any Western to date.  You’ll marvel at the scenery as much as the finer details in the close-ups of the actors, their excellent costumes and fantastic makeup; especially for Tonto and Butch.  There is modest use of CG but it is so seamlessly blended in with the practical footage that you’d be hard-pressed to tell them apart.  Contrast and black levels are solid and colors are rich and vibrant when allowed and suitably washed out or tinted to suit the mood of the story and Verbinski and his cinematographer, Bojan Bazelli.

The DTS-HD MA 7.1 soundtrack never has a chance to let up from the bookend train sequences to all the stuff that’s sandwiched in-between.   Aggressive LFE had my subwoofer trembling like a locomotive while dialogue was perfectly balanced within an immersive mix that made use of all the channels.  The canyon ambush had me instinctively ducking as shots rang from behind me and all around.   Hans Zimmer’s score is as legendary as the masked man with subtle nods to classic Western themes and a slow build-up to the explosive theme song for the final action sequence. 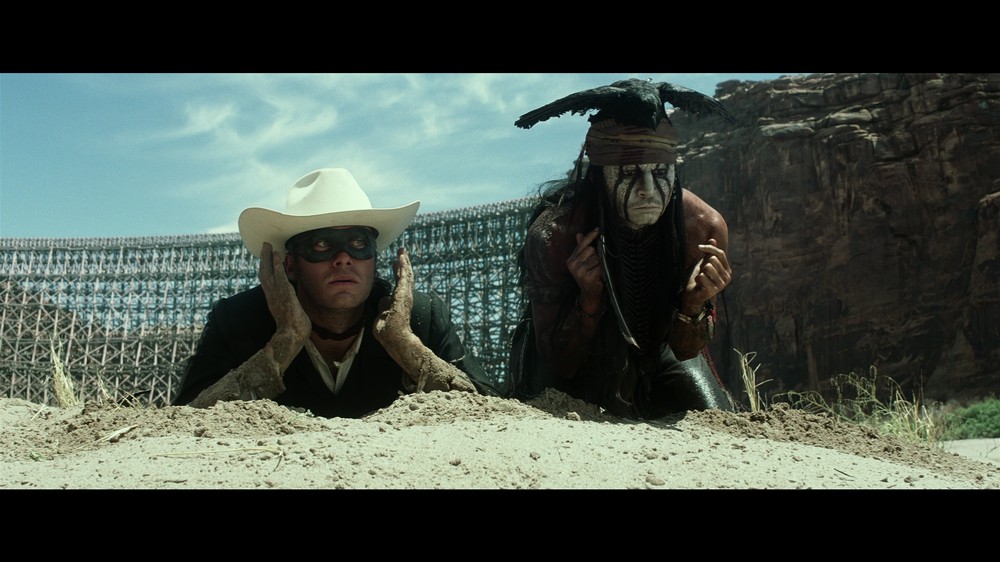 Considering how long it took for this movie to finally make its way into homes I was saddened by the lack of any real bonus material.  The 30 minutes we do get is all amazing, but it will only leave you wanting more.   Armie’s Western Roadtrip is a 15-minute journey hosted by Hammer who takes us across America’s southwest to all the locations used for the film.   Riding the Rails of The Lone Ranger is an 11-minute feature showing all the tricks they used to film the exciting train sequences including the construction of a 5-mile oval loop, building real historically accurate train engines and cars, and even mimicking train cars using semi-trailers driving through the mountains.  Becoming a Cowboy spends 8 minutes with the actors as they go through Cowboy Boot Camp learning how to ride, shoot, lasso, and look good while doing it.  There is one Deleted Scene shown mainly in pre-vis form that involves Tonto and John getting strung up on a tree and eventually rescued by a swarm of locust.  Things wrap-up with a short and mildly amusing 4-minute Blooper reel, as well as standard DVD and digital copy that looks amazing on my iPad.

It’s hard to find the proper balance in an origin story; one that mixes story, foundation, and motivation with action; especially when you are trying to appeal to an elderly generation of existing fans and attract a new generation of younger one.  The Lone Ranger starts off strong in all those elements, but even after John is properly motivated he seems overly reluctant to accept his destiny, which results in an extended second and third act that seems like a lifetime of waiting for a hero to be born.  But rest assured, when the music starts and that final sequence kicks in, you’ll be on the edge of your seat until the final credits roll and craving a sequel as you pop the disc back in its case.  Technically, this is another Disney master class in Blu-ray audio and video fidelity, but with unbalanced content, awkward pacing, and limited bonus content, this is a cautiously optimistic recommendation at best. 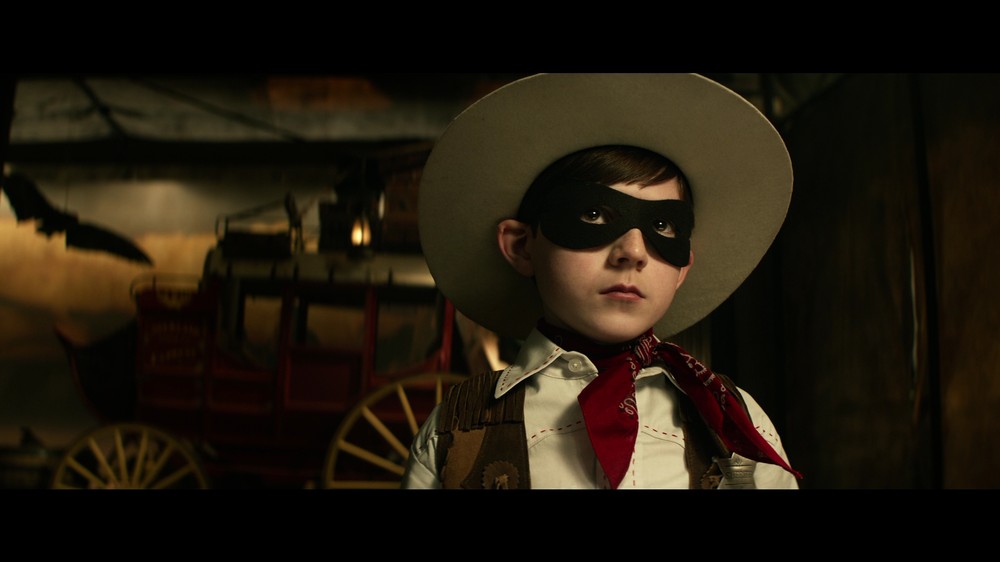 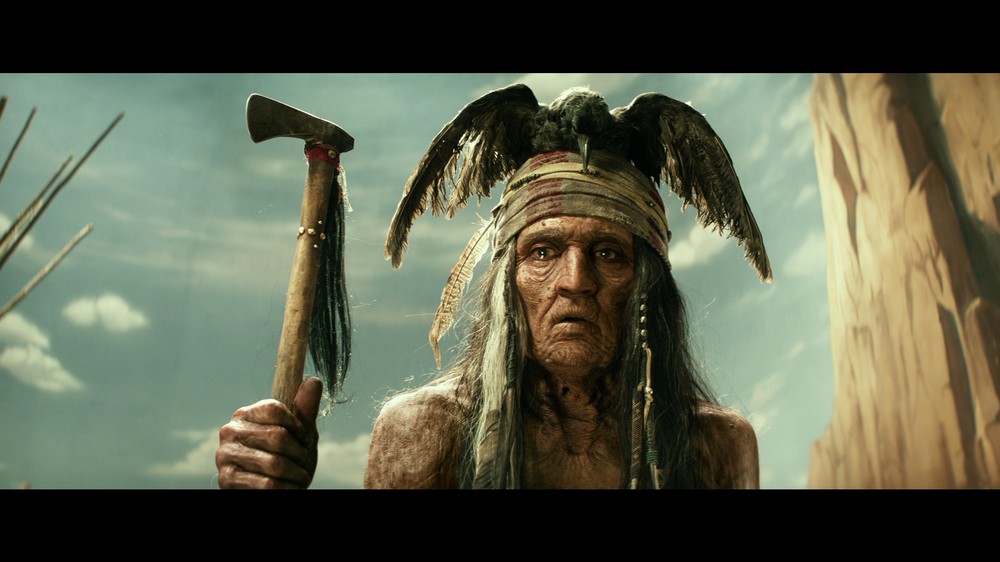 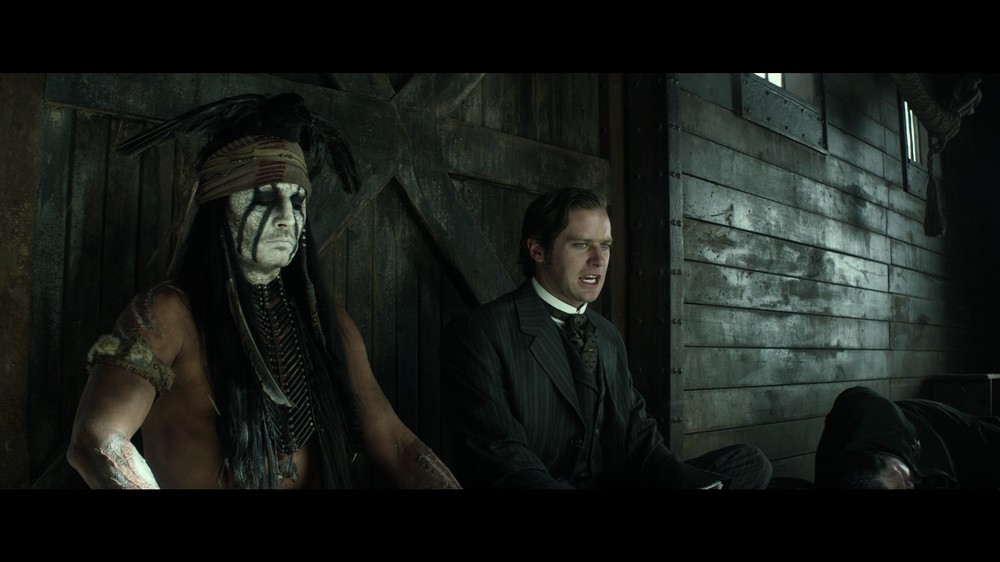 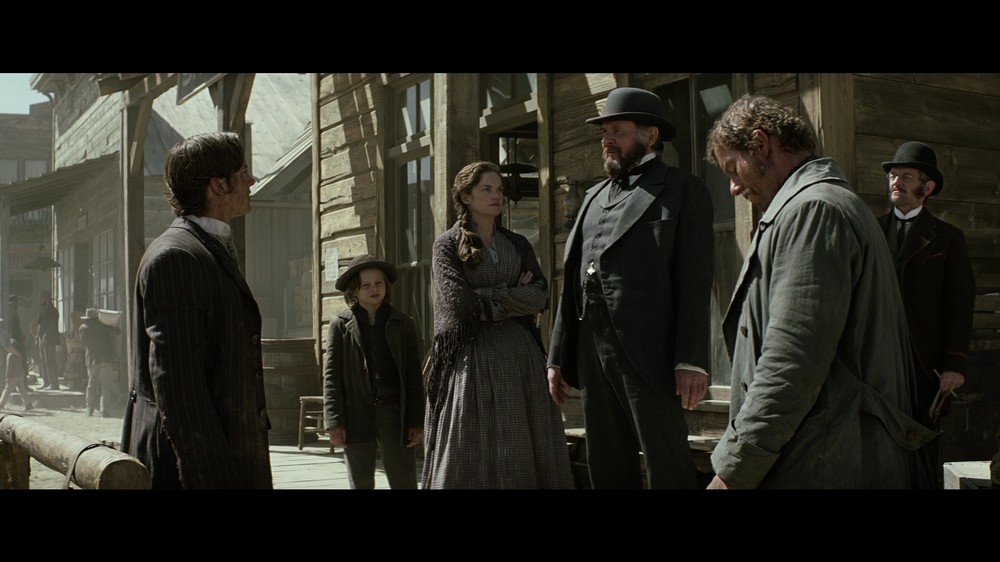 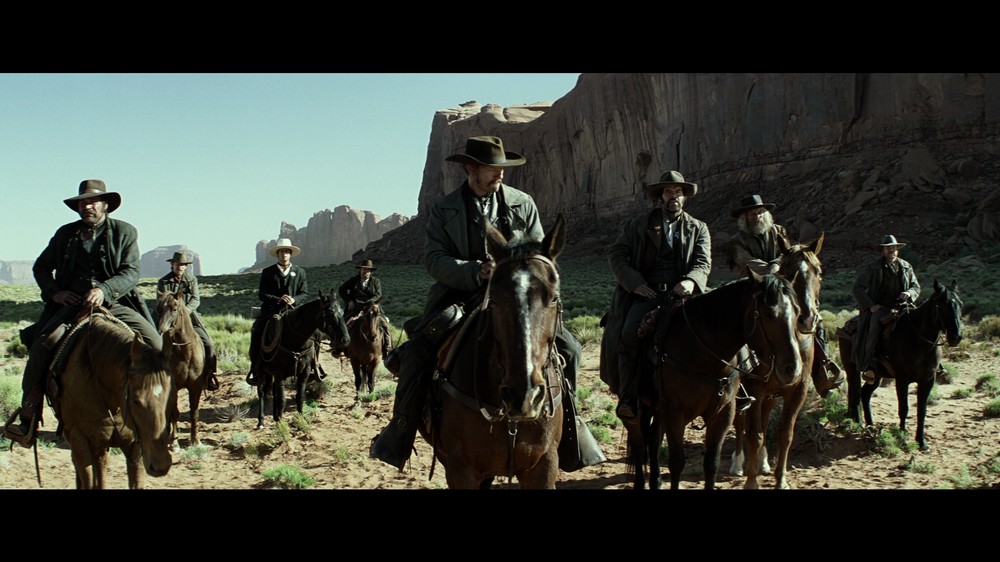 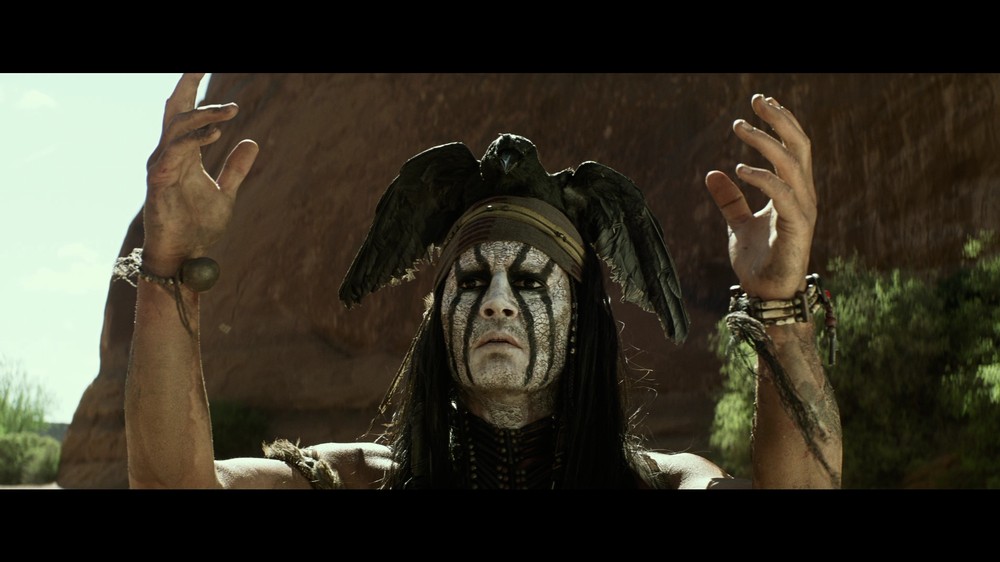 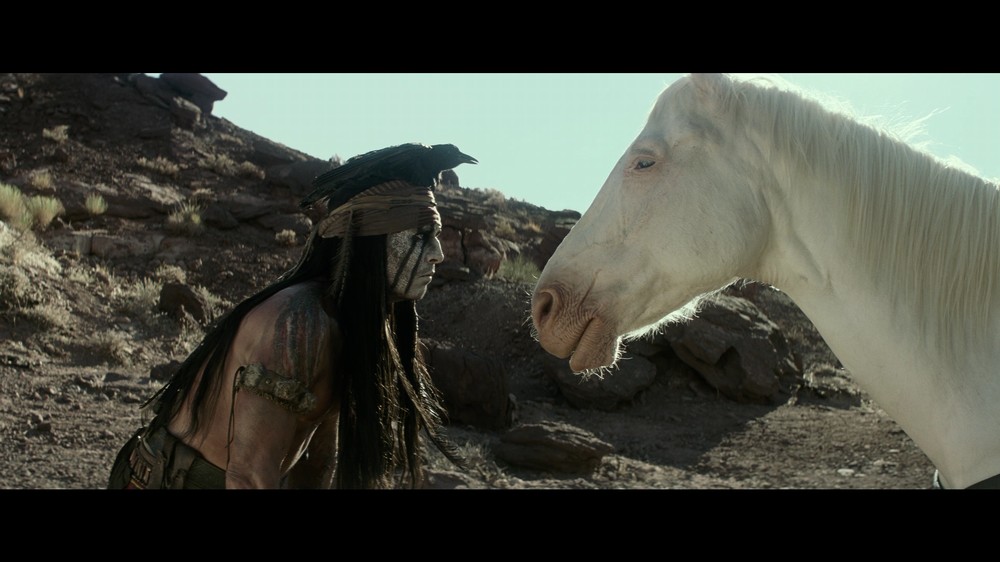 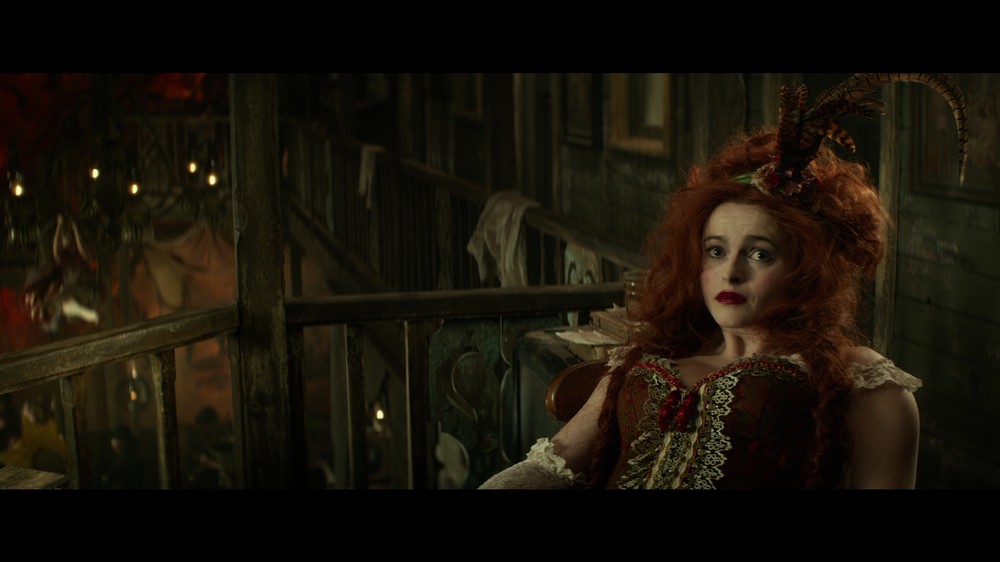 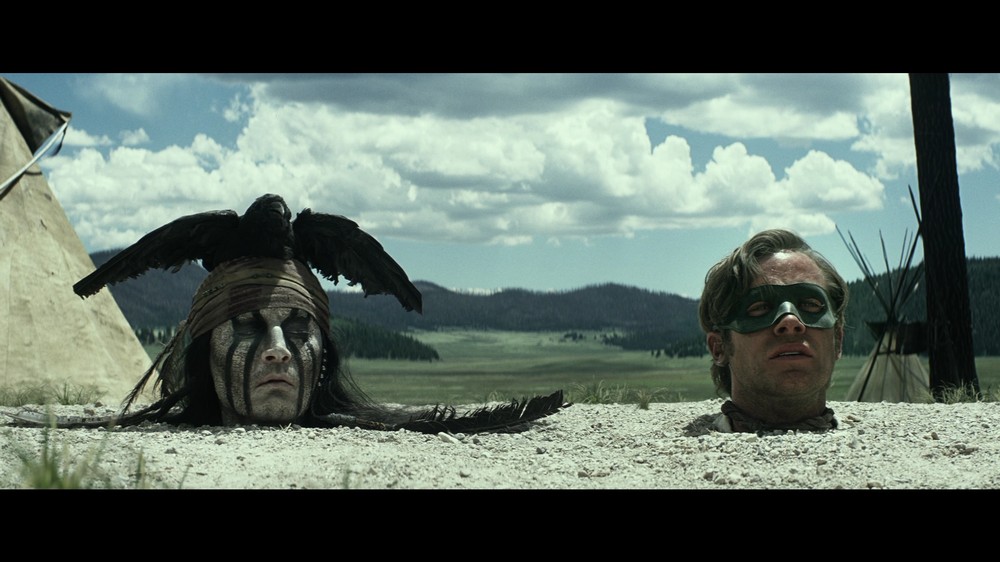 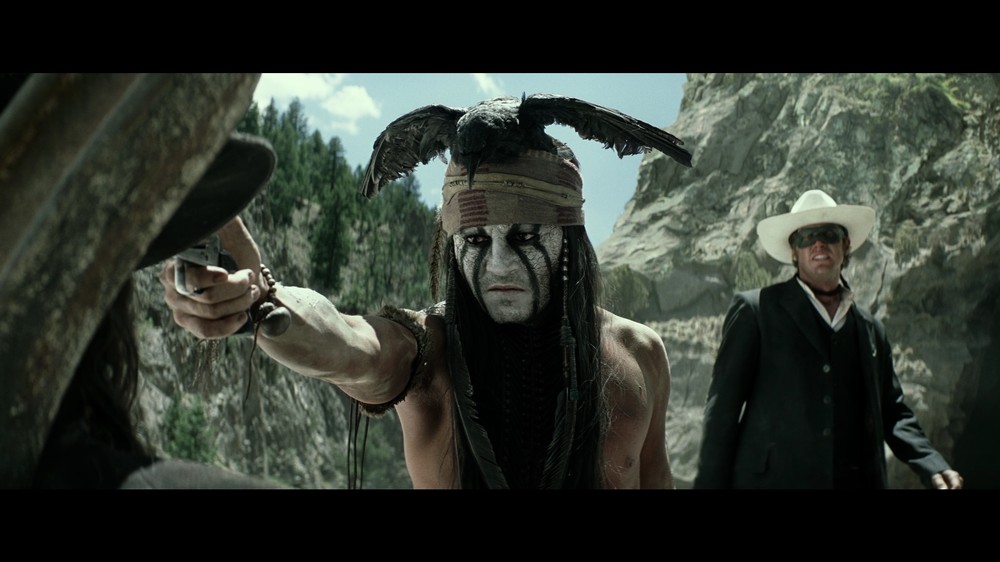 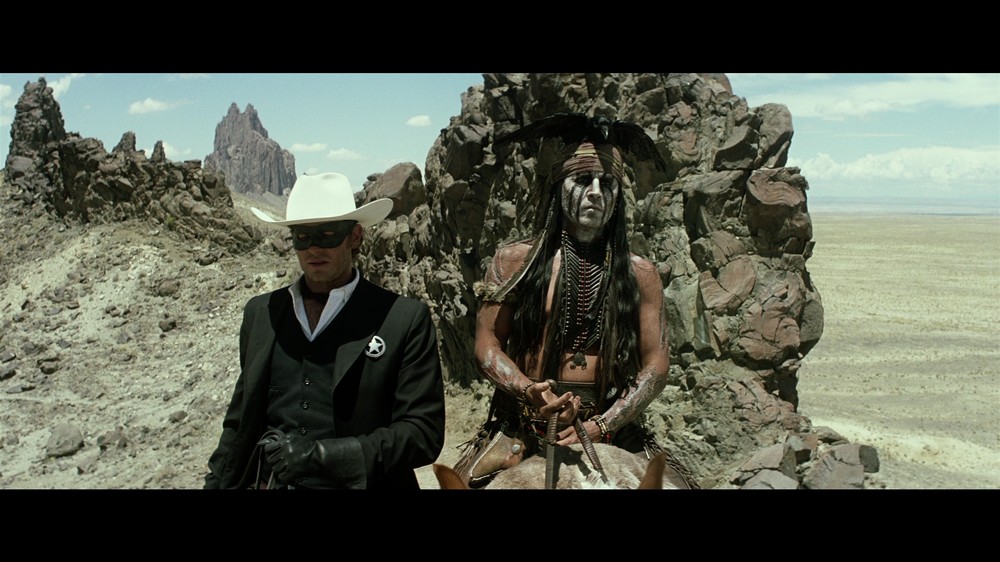 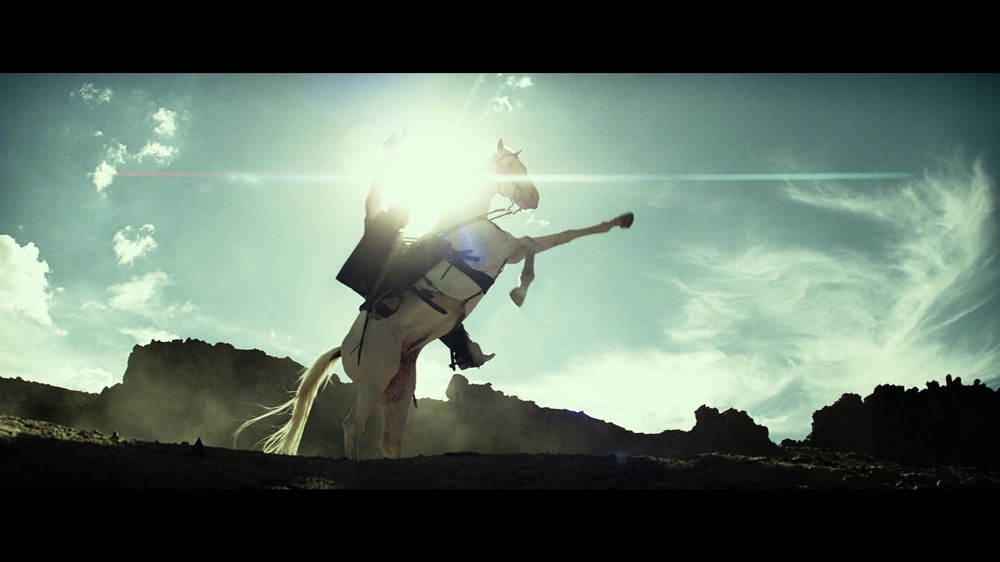