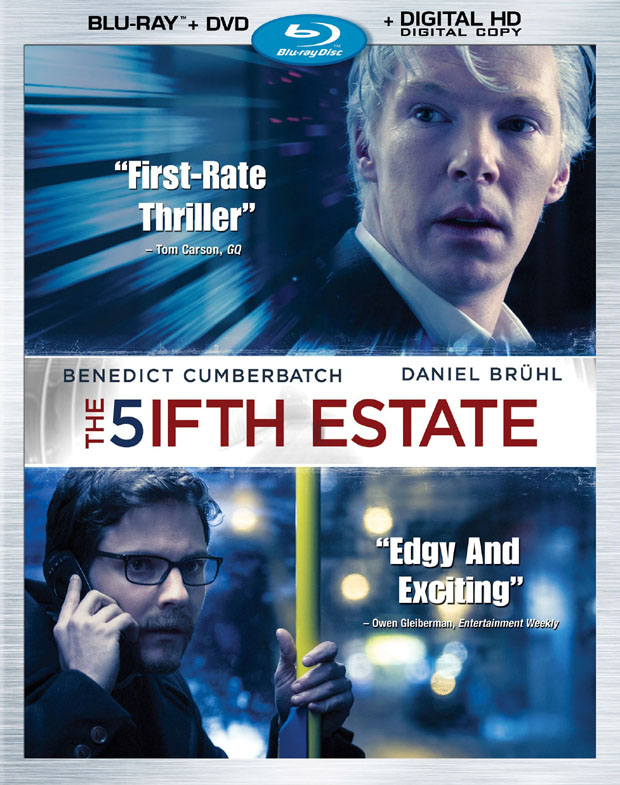 Cumberbatch stumbles around his character as much as the writers did with the script of this bland hacker drama.

I don’t follow the news much outside of Jon Stewart, Stephen Colbert, and Bill Maher, so while I don’t have a huge understanding of the whole WikiLeaks scandal I am familiar with the basics of what it is and the major players who created it.  The Fifth Estate takes that hot topic (which is now on simmer) and turns it into something that wants to be a spy thriller but ultimately comes off as a rather lame TV-style docudrama.

I’m a big fan of Benedict Cumberbatch but he was terribly underutilized in his role as Julian Assange.  This particular story focuses on the events of 2010 where Assange and his confederates obtained and leaked thousands of classified U.S. documents, military reports, and U.S. State Department cables under the pretense that the “people deserved to know”.  We see Assange meet and partner up with Domscheit-Berg (Daniel Brühl), a brilliant hacker in his own right.  The movie starts off with some light thrills and suspense you might expect from a hacker-style movie as the guys find their groove at disseminating classified documents on the internet, but then the film starts to get a bit preachy and overbearing near the end.  As Assange’s ego inflates to epic proportions he alienates himself from his contacts at the press and even his partner.  He threatens to release thousands of secret documents that will put hundreds of people at risk.  As the State Department tries to stop him and the various press outlets scramble to redact the sensitive data, it’s up to Berg to hack into the system and wipe out Assange’s legacy. 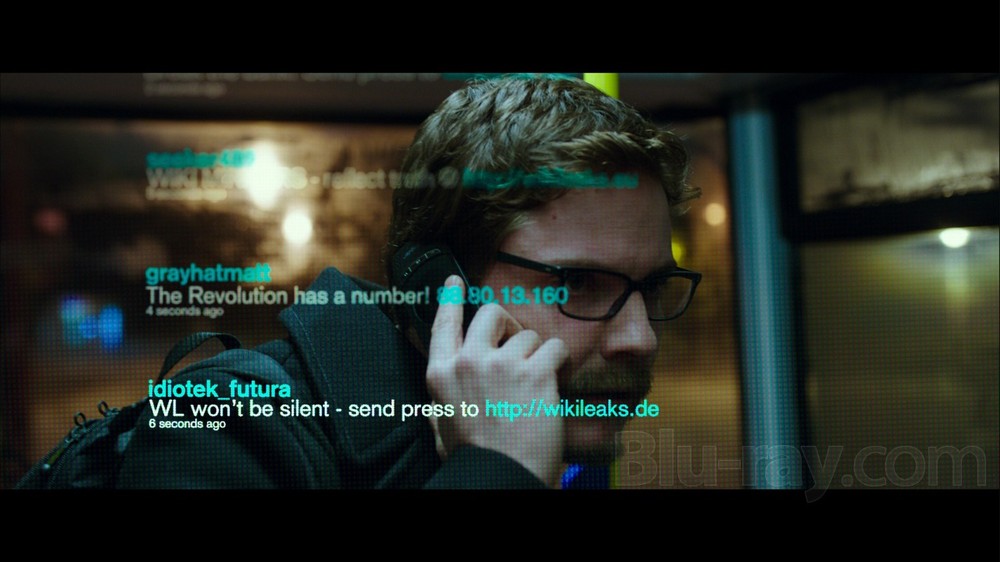 Believe me, it sounds much more exciting that it really is, and the movie keeps floundering to maintain its pacing as well as find its ending.  We continually bounce around characters and plot points.  When we learn that agents are in danger we are instantly whisked away to see an agent rushing home to his family and trying to escape across the border.  Even our own government is made to look powerless to stop this egotistical madman, even when Assange is roaming around in public – easy prey for a CIA sniper scope.

The movie comes to a painfully predictable conclusion that has the obligatory text updates of “where are they now” as well as an interview with Assange (not the real one) who quickly dismisses the audience by basically questioning the authenticity of the movie you have just watched saying, “if you want the truth, go seek it out yourself”.  If only he had told us that in the trailer I could have used these past 124 minutes for something more entertaining.

The Fifth Estate looks pretty good with a standard 1080p AVC transfer that is cool and void of any major colors.  There are some attractive establishing shots of foreign cities and some slick visual effects for all the computer monitors as well as some interesting projection tricks used to overlay information right on to the actors and the physical set without having to add them in post.  Contrast is sharp as are the black levels with a slight layer of grain but otherwise no noise, artifacts, or other issues.  Facial detail, clothing, and set design textures are topnotch including a very cool physical manifestation of Assange’s virtual world seen as a series of infinite desks where multiple versions of Assange are hard at work. 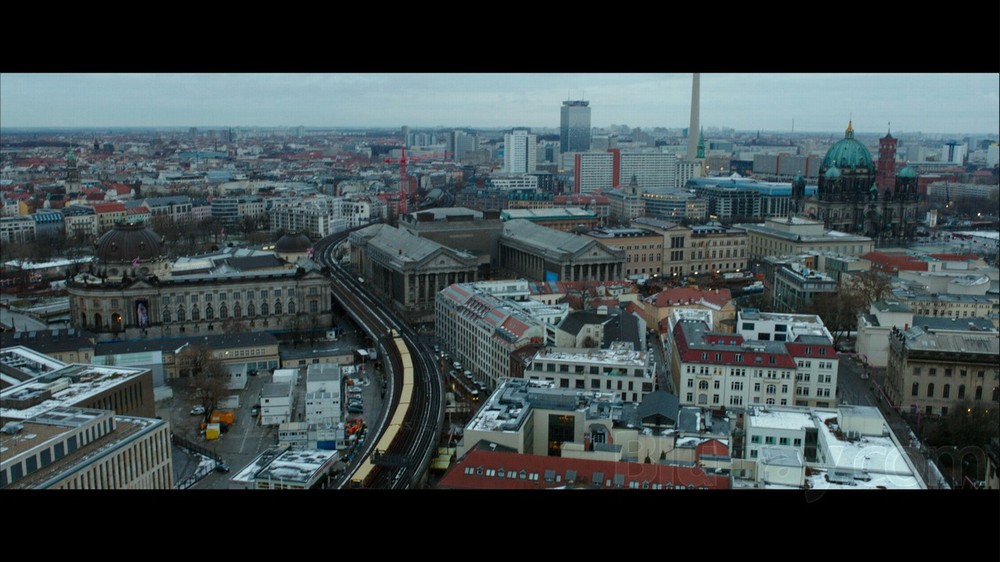 The DTS-HD MA 5.1 mix is solid but never really given a chance to shine.   Being a drama, the dialogue is front and center, literally, with nice priority given to the center channel while most of the other sounds and music pan nicely on the left and right.   Rear channels are used effectively in outdoor scenes as well as the busy newsrooms but there is virtually no LFE usage.

A minimal collection of extras includes a ten minute look on the making of The Submission Platform – that endless array of desks, and then you have a six-minute look at how they projected the graphics on the sets and actors, all in-camera, and finally a 9-minute discussion with Carter Burwell who composed the score for the film.  There is also a standard DVD copy, and a digital copy for other viewing options.

I went into this review hoping for a chilling spy-thriller with one of my favorite actors, but Cumberbatch is better than this and so is the audience.  There were moments when I really thought this movie was going places, but ultimately the only place The Fifth Estate is going is into the budget bin.  WikiLeak followers might get a kick out of watching this on Netflix or some other digital outlet but it’s not worth adding to your Blu-ray collection, despite Disney’s topnotch production values. 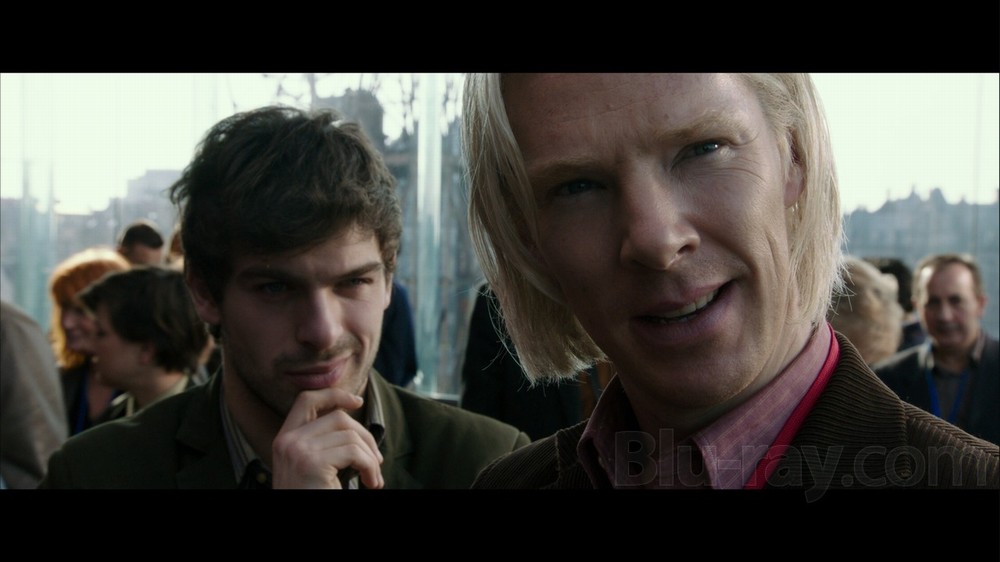 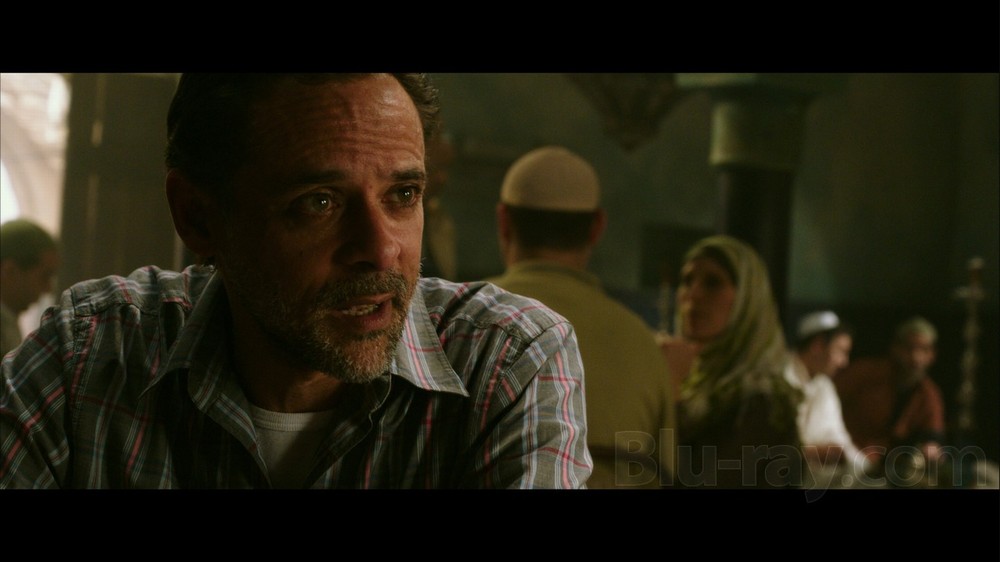 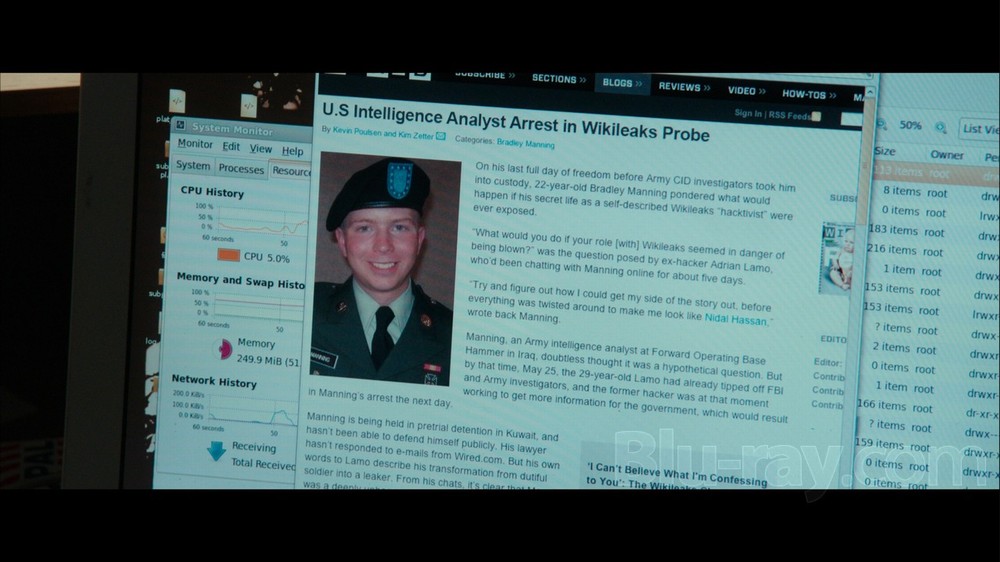 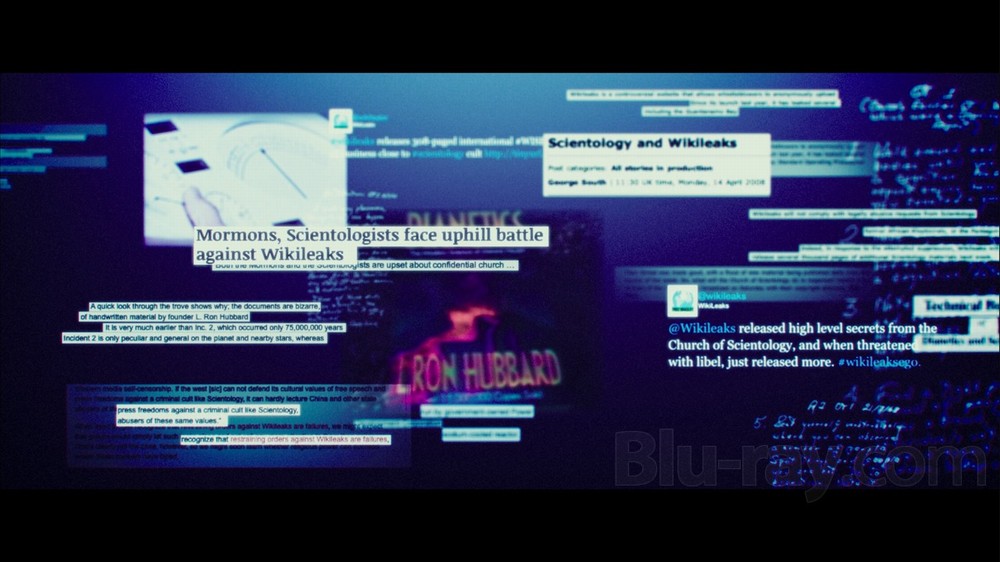 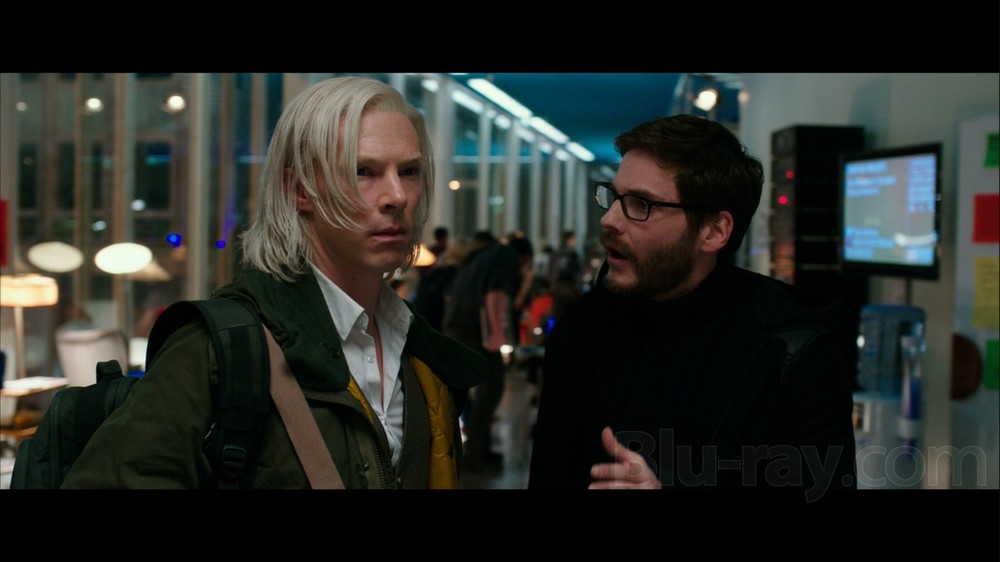 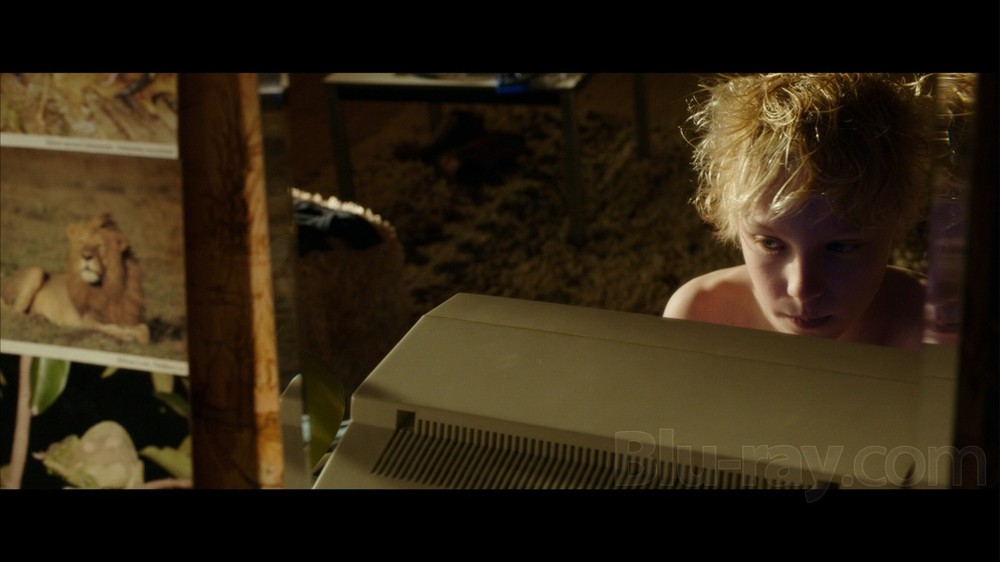 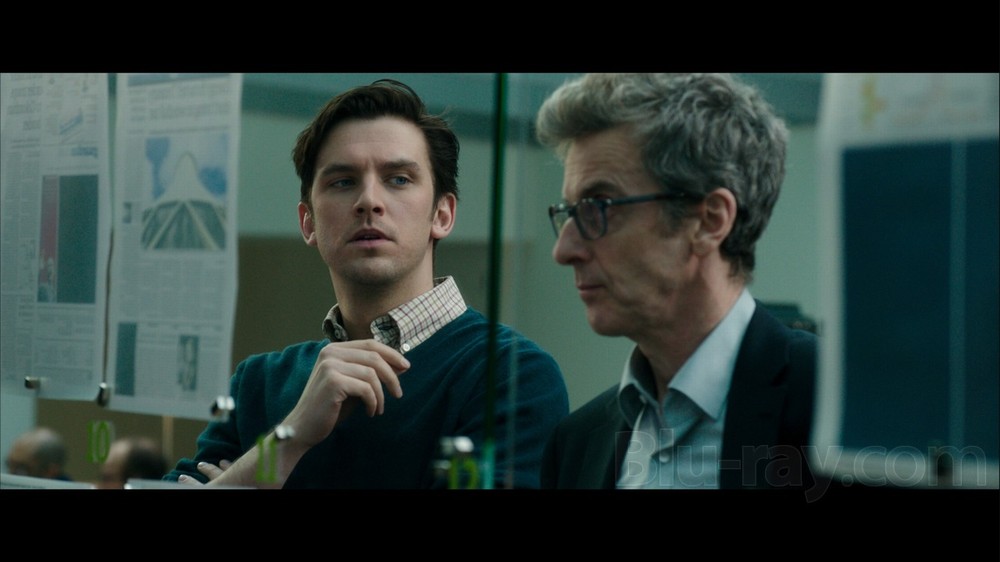