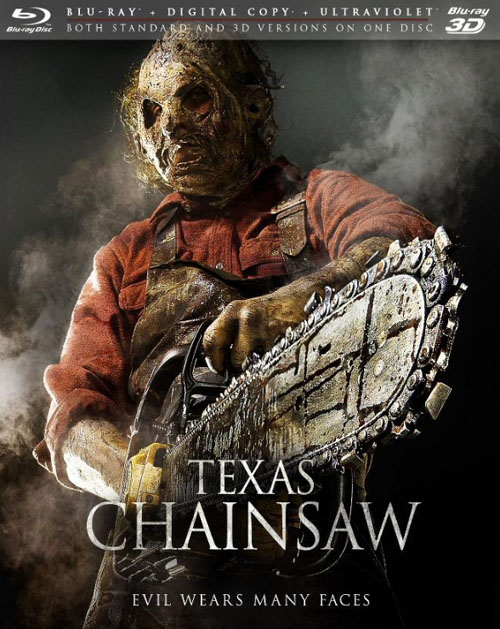 I’m a sucker for horror movies, especially good ones, and this is great!

When it comes to sequels the horror movie genre seems to have no limit. Just look at enduring franchises like Nightmare on Elm Street or Friday the 13th, so immortal their heroes, Freddy and Jason, even had a crossover event. But perhaps the movie that started it all was The Texas Chainsaw Massacre, now nearly 40 years old and finally getting the proper sequel it deserves. That’s not to say others haven’t tried. By all counts this is the seventh Chainsaw movie including poorly written sequels, a prequel, and a few attempts to reboot including the 2003 version with Jessica Biel.

Things are different this time around. Story rights have reverted back to their original owners and Texas Chainsaw 3D is a bold and ambitious new sequel that doesn’t try to reinvent or reboot the franchise, but merely pick up where we left off back in the 1974 and hopefully carry us through at least six new installments…according to the multi-picture deals that the primary cast all signed up for. Adding their official blessing to the project are none other than Tobe Hooper, the original director, and many of the original cast who actually appear in this new film, one even playing the same character thus setting a new record for the longest span between movies for an actor to play the same role.

Texas Chainsaw 3D picks up immediately after the horrible events of the original, and we are treated to a remastered montage of the original 16mm print with many of the fatalities and a slightly altered ending so that we slip right into the new film as if 40 years haven’t transpired between the two. The sheriff has responded to the emergency call and has cornered the Sawyer family in their home. Just as he has finally talked them into turning Jed (aka Leatherface) over to stand trial the townsfolk all show up to lynch the boy. Naturally, a standoff ensues, Molotov cocktails are tossed, there is a wild shootout, and the whole house burns to the ground with everyone in it…everyone except for one wounded mother and her infant child. The mother is killed and the baby taken.

Jump ahead twenty years and we meet that baby all grown up and working as a meat cutter in the local grocery store – must be in the DNA. Heather (Alexandra Daddario) has no idea that she is adopted, let alone her controversial heritage until she receives a letter from the attorney of her genetic grandmother who has just passed. Her adoptive parents come clean and Heather sets off to Texas with her boyfriend (Trey Songz), her best friend (Tania Raymonde) and her boyfriend (Keram Malicki-Sánchez), and of course the mysterious hitchhiker (Shaun Sipos) they pick up along the way.

Once they arrive in Newt they are met by the attorney, Fransworth (Richard Riehle) who gives Heather a letter and a giant set of keys to an impressively large gated estate. The kids are so excited to start exploring the mansion that Heather ignores the letter, which sadly has instructions for caring for Jed, who survived the fire and has been living behind a large locked cellar door for the past two decades.

From here the film wastes no time in killing off the cast with methodical precision. The first to go is the hitchhiker who actually has it coming, but as Leatherface starts working his way through Heather’s friends you start to hate the villain all over again, but then in an amazing third act twist the writers manage to turn the vigilante town into the villain and Leatherface into the hero. There is even a visible transformation in Heather, when she realizes that blood is thicker than water and embraces her role as Jed’s new caregiver and sets up some interesting possibilities for the next five films…should they materialize.

As the name implies Texas Chainsaw 3D is presented in both AVC 2D and MVC 3D, both on the same disc and looks quite good in both formats, although I felt the 3D was gimmicky despite numerous commentary claims that it wasn’t. I was surprised to hear that they were contractually obligated to provide x-many 3D moments in the film. When things weren’t flying at you or poking off the screen the 3D was forgettable for the most part. For me, the best 3D was the cool lenticular slipcover the movie comes in. It’s a shame really, especially when you listen to all the obstacles the filmmakers had to overcome to film this in 3D. As for the normal version, colors, contrast, and black levels are superb with great detail and no discernible banding or artifacts. In a stark contrast from the original movie which had very little gore, this sequel shows plenty of stomach turning dismemberment and death that will have you squirming in your seat if not jumping right out of it.

Watching Texas Chainsaw 3D in DTS-HD 7.1 will have you thinking you are in a logging camp. I’ve never heard a chainsaw coming from so many speakers at once, and there were moments when I thought Jed would materialize from behind my couch. The dialogue is perfectly mixed and the chilling score gets your adrenaline pumping with each new chase or cat and mouse sequence. Even the absence of sound proves incredibly effective in one pivotal scene where Leatherface turns off his chainsaw so he can listen for Heather’s soft muffled cries.

The bonus features for Texas Chainsaw 3D are so many and so good that it only makes me just that much angrier at all of these other blockbuster films that release to Blu-ray with minimal (or even no) extras. For starters there is not one but three, yes three commentary tracks, all excellent and all worth watching. The first is with Director John Luessenhop and Actor Dan Yeager (Leatherface), followed by another with Producer Carl Mazzocone and Filmmaker Tobe Hooper who offers some unique insight into his movie as well as the seamless transition into the sequel. And finally, we have the “Chainsaw Alumni” Commentary featuring original stars Bill Moseley, Gunnar Hansen, Marilyn Burns and John Dugan.

Next up is an impressive list of features starting with “Texas Chainsaw Legacy” with interviews with Tobe Hooper and other cast and crew from the sequel. “Resurrecting the Saw” is another feature with more crew talking about the sequel. “The Old Homestead” is a great feature on how the original farmhouse was located (now a restaurant), measured, and painstakingly reconstructed and decorated to exhaustive detail using stills from the original film. Their work was justified when Tobe Hooper and the original cast stepped into the house and noted that it was exactly how they remembered from 40 years ago. “Casting Terror” introduces us to the new cast including Scott Eastwood who plays the town sheriff and looks just like his dad, Clint. Next up is “Leatherface 2013” where we get to meet Dan Yeager who steps into the mask of the most iconic serial killer in movie history.

“Lights, Camera, Massacre” goes into the special effects, mostly 3D stuff and the blood and gore effects. “It’s in the Meat” goes into even more grisly detail on the stunts and effects. “On the Set Short Subjects: Five Minute Massacres” is more than 30 minutes of in-depth analysis of the films various major set pieces. Things start to wind down with a 3-minute alternate opening and finally, the theatrical trailer; in all, nearly two hours of bonus features, three commentary tracks, and both UV and iTunes digital copies. Take note studios – THIS is how you release a movie to Blu-ray.

I’m a sucker for horror movies, especially good ones, and whenever you can turn the villain, especially one as despicably evil as Leatherface, into a sympathetic hero you’ve really accomplished something. By the end of this film I was rooting for Jed and his reunited cousin (Alexandra Daddario’s eyes are hypnotic by the way), and the whole thing has this undeniable Frankenstein vibe. I can’t say if there will be future films to follow, but if you are a fan of the original classic and want to see a genuine sequel done right then look no further than Texas Chainsaw 3D.