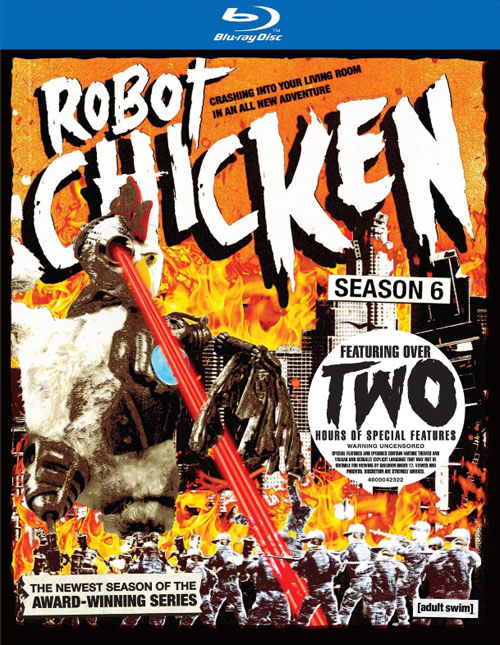 Robot Chicken Season 6 has some of the best sketches in the history of the show.

I’ve been a huge fan of the Robot Chicken franchise since the very first season, although for the past few years I have to confess to not taking the time to watch them when they air. For some reason the DirecTV DVR has issues with separating new episodes from reruns and trying to catch those 15 minutes of genius live is an impossible task. Besides, this show is almost always better on DVD and Blu-ray…almost.

Earlier this summer I reviewed the Robot Chicken DC Comics Special and was very disappointed for several reasons that you can read in that review if you want to know more. Suffice it to say, every complaint I had with that release is a non-issue in this outstanding Season 6 collection of episodes that will keep you glued to your TV far longer than you probably should sit in one place. Not only are each of the 20 episodes in Robot Chicken Season 6 pure genius, the sheer wealth of bonus content is staggering, and everything is uncensored. One of my biggest issues with buying something you can watch for free is that they have to offer something extra, and Robot Chicken Season 6 does just that. 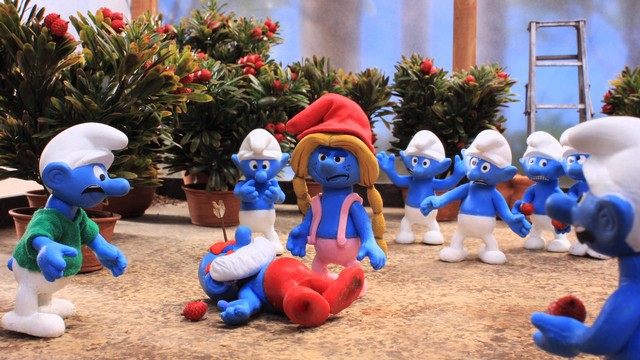 Reviewing the content of this show would be like me trying to retell (and screwing up) a brilliant stand-up comic’s performance from the night before. If you have ever watched the show then you know what to expect from a bunch of nerdy guys and gals who love to build and play with toys and dolls for countless hours. Season 6 showcases some advanced technical skills as the Robot Chicken team perfects their stop-motion animation techniques and even throws us a few state-of-the-art curveballs like live video background plates on one very random segment, and a cool top-down animation much like the early days of South Park.

Even more impressive than the technique is the talent these guys manage to recruit to do voices for the characters. Much like the Simpsons, apparently lending your voice to a Robot Chicken sketch is a highly desirable credit to have on your IMDB page these days; especially for actors with kids looking to increase their “cool factor”. Look for great performances by Elizabeth Banks, Sarah Chalke, Kat Dennings, Sam Elliott, Ben Foster, Whoopi Goldberg, Lucas Grabeel, Megan Hilty, Gillian Jacobs, Zachary Levi, J.B. Smoove, Liev Schreiber, Jon Stewart, Patrick Stewart, Stanley Tucci, Olivia Wilde, and Alex Winter just to name a few. Sam Elliot kills it by the way. 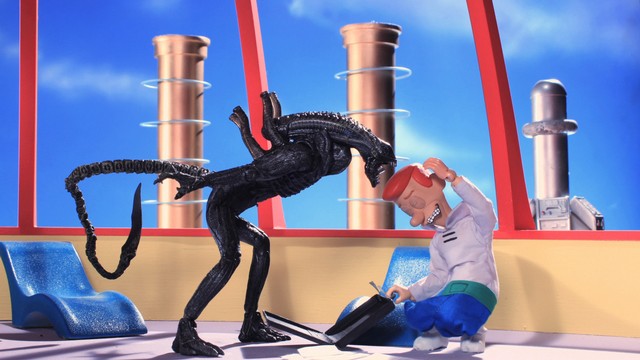 I haven’t watched an episode of Robot Chicken on TV for a couple years now, but I have to admit I am a bit curious to see just how much of a hack job they have to do to get these on the air; even with the TV-MA rating and being on Adult Swim. The uncensored sketches are rife with F-bombs, and even a bit of full-frontal toy nudity. I almost wonder if they record a TV-friendly audio track, because a lot of these sketches would be non-stop bleeps on TV. But seriously, these episodes are so good in their uncensored form that I wonder why they bother broadcasting them at all.

After you have made it through the 220 minutes of sketches prepare to restart the disc and do it all over again, as each episode comes with fantastic commentary with various members of the cast and crew for that episode, and while they may branch off topic at times, they usually get back to the on-screen content pretty fast. 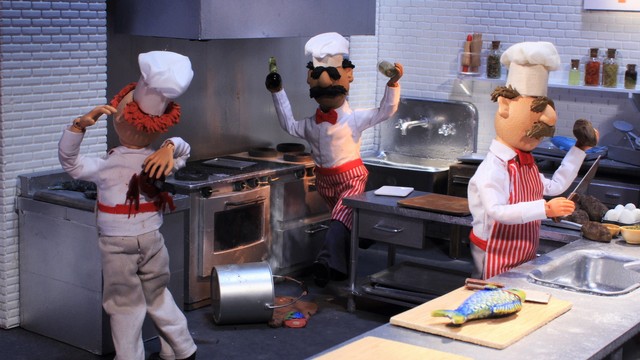 Now that you have spent nearly eight hours with the Robot Chicken crew you may as well settle in for a few more as you start the lengthy crawl through some fabulous bonus content including specific features, outtakes, channel flips, and a massive library of deleted animatics, each introduced by someone on the design team. Honestly, even in pencil sketch form, some of these deleted ideas are as good as the final stuff that made the show.

I am so envious of Seth Green and Matthew Senreich and everyone else that works for them. Somehow they have managed to find a way to get paid to play with toys all day long. I suppose it helps that they have surrounded themselves with a brilliant writing staff and have created a solid reputation that attracts the top talent they get to perform these skits.

Robot Chicken Season 6 has some of the best sketches in the history of the show, and with all of the added content, bonus features, and commentary, plus, having it all uncensored, makes this a must own addition to every Robot Chicken fan’s Blu-ray library. 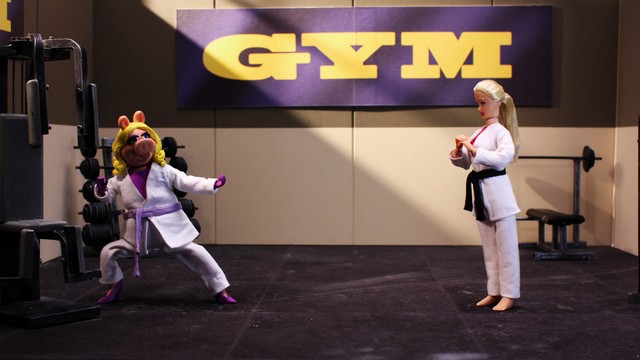 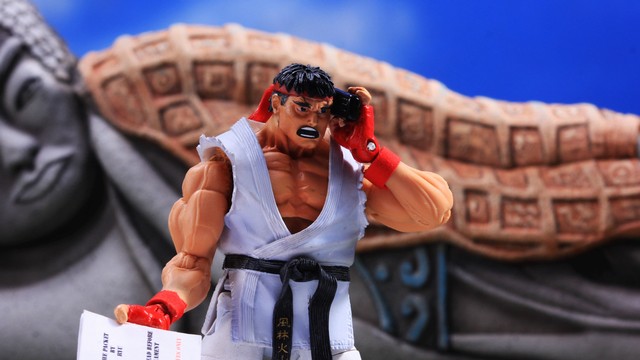 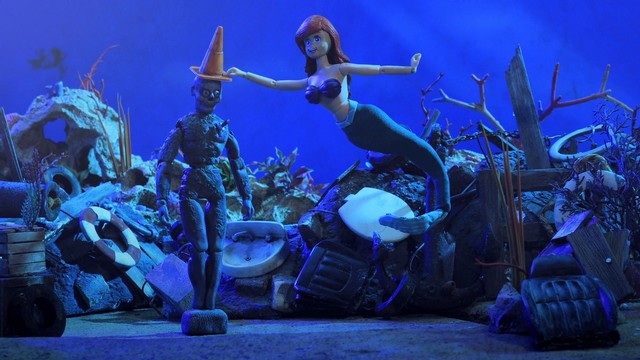 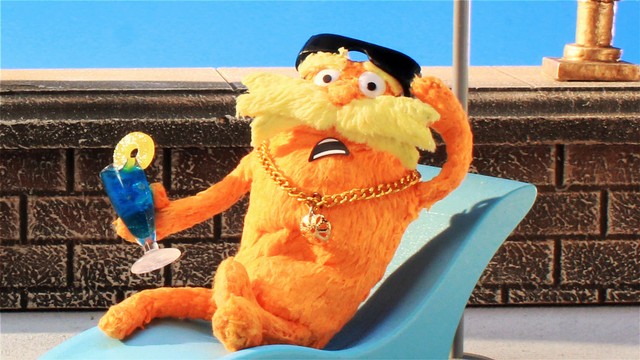 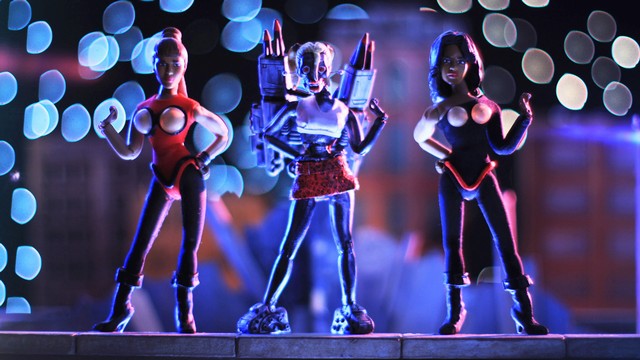 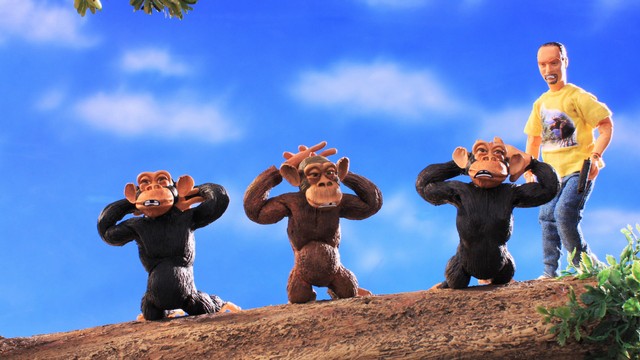 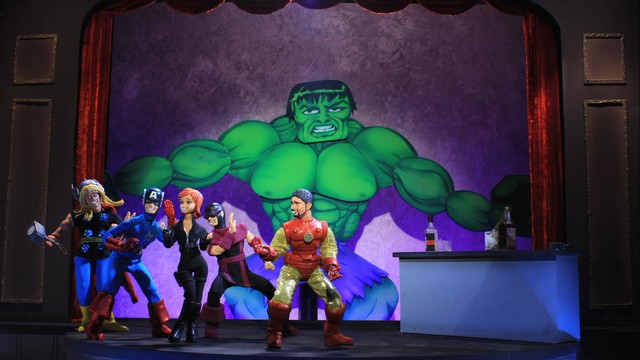 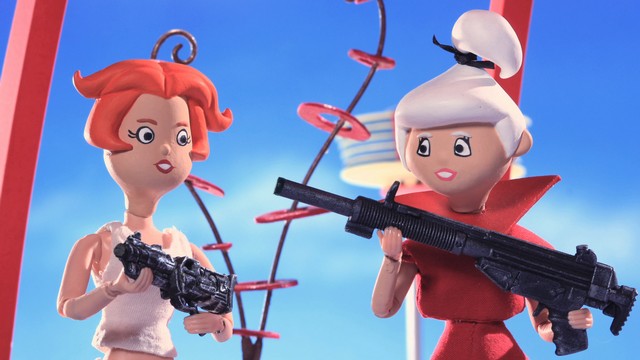 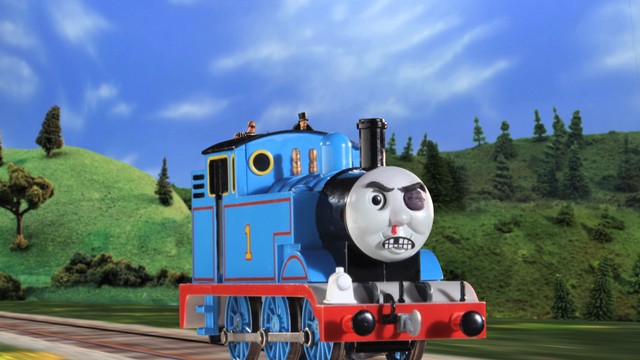 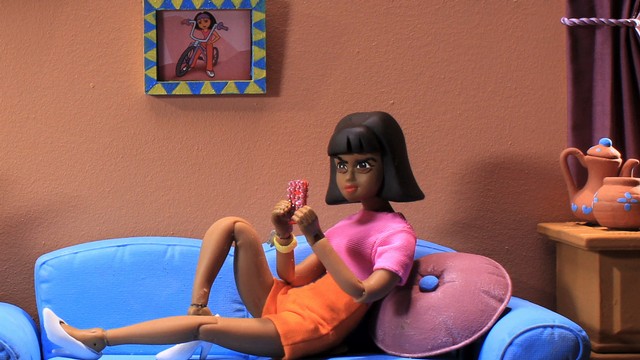 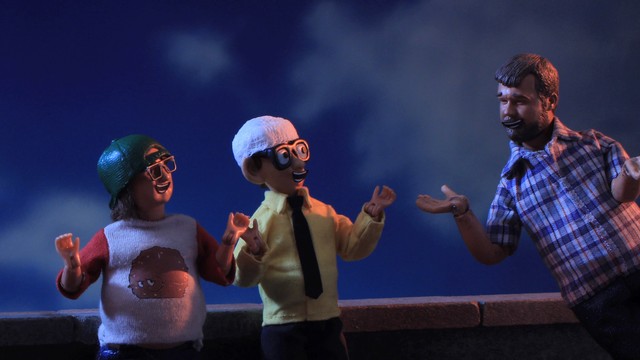 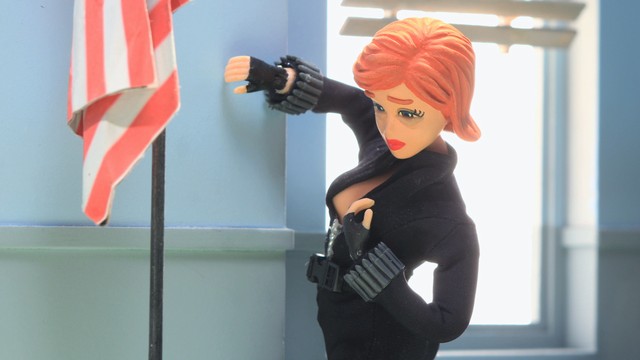 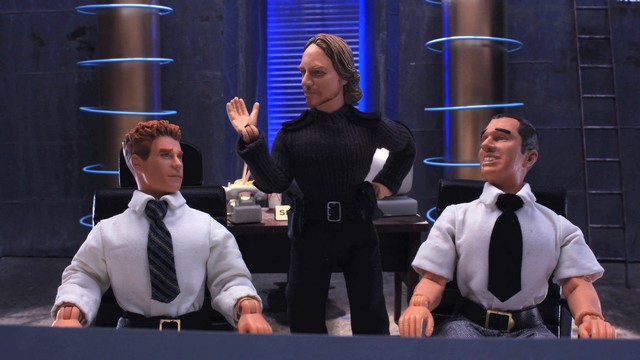 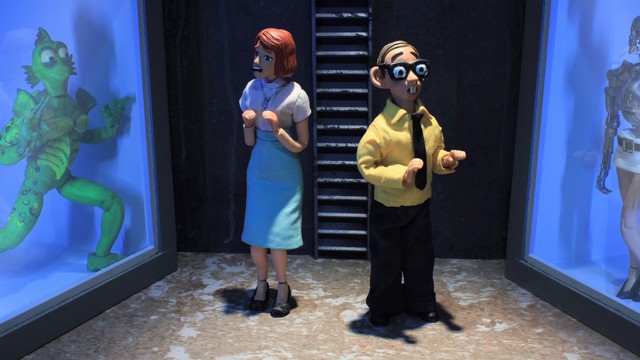 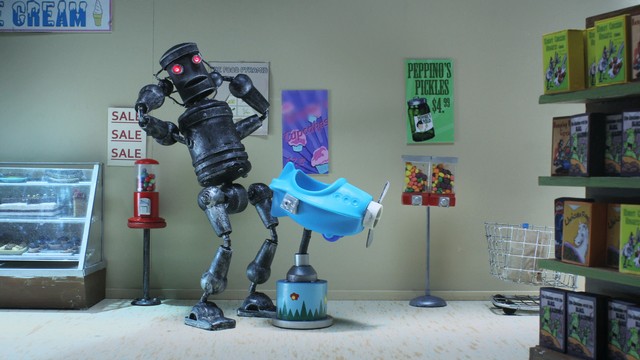 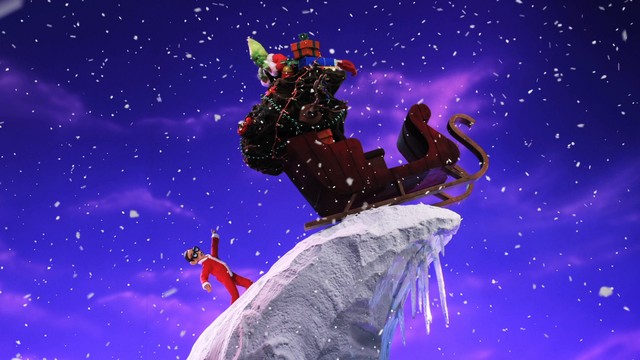 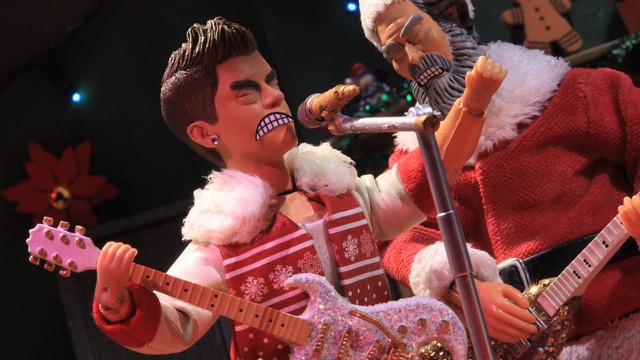 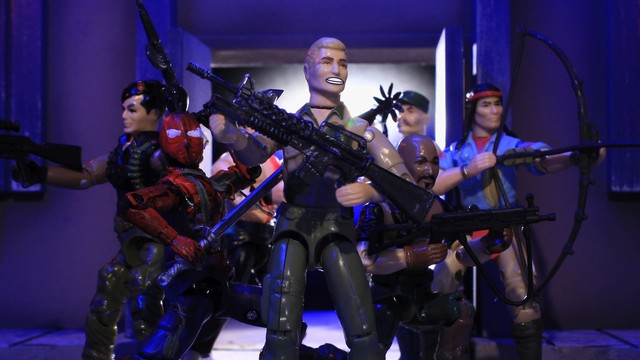 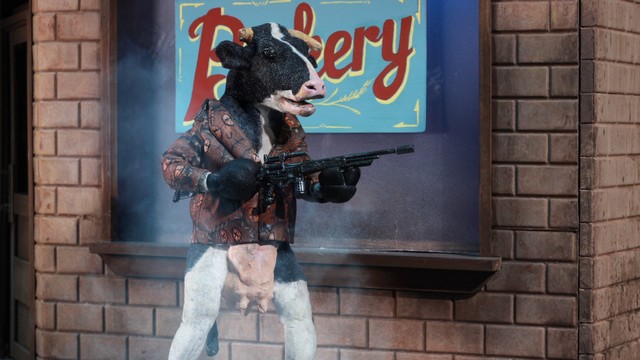 I've been an avid gamer since I stumbled upon ZORK running in my local Radio Shack in 1980. Ten years later I was working for Sierra Online. Since then I've owned nearly every game system and most of the games to go with them. Not sure if 40 years of gaming qualifies me to write reviews, but I do it anyway.
You might also like
adult swim

Headlander, Out Now on PlayStation 4 and Windows PC
Be the first to comment!
Leave a reply »