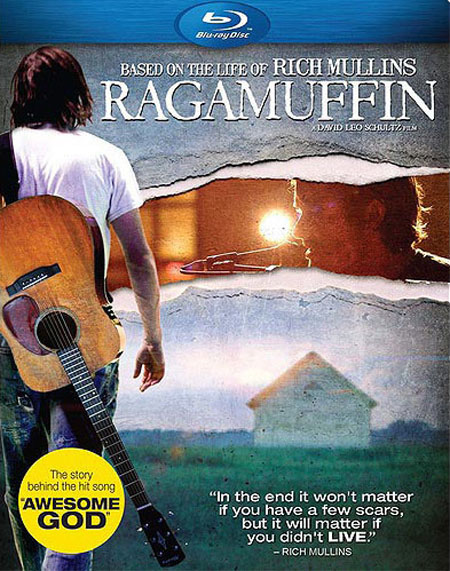 Though I didn’t know him personally, this movie reminded me of how much I miss Rich Mullins.

Note: this review contains spoilers about the life of Rich Mullins which will affect your movie experience.

Yep. That’s the heart of the Ragamuffin gospel right there.

The Ragamuffins are the unsung assembly of saved sinners who are little in their own sight and aware of their brokenness and powerlessness before God. A Ragamuffin knows he’s only a beggar at the door of God’s mercy.

(conversation between Rich Mullins and Brennan Manning in Ragamuffin movie)

When I first heard someone was making a movie about Rich Mullins I rolled my eyes. Most people familiar with Rich probably had a similar reaction. Not that his story isn’t worth telling, but there is a long list of well-intentioned Christian filmmakers who seem obligated to sanitize a good story just so it could be shown in a church. There is, after all, a huge market for ‘family friendly’ movies. Rich Mullins’ life didn’t fit that mold. His life wasn’t all that family friendly. In fact, I suspect he would have hated the idea of a film about his life. 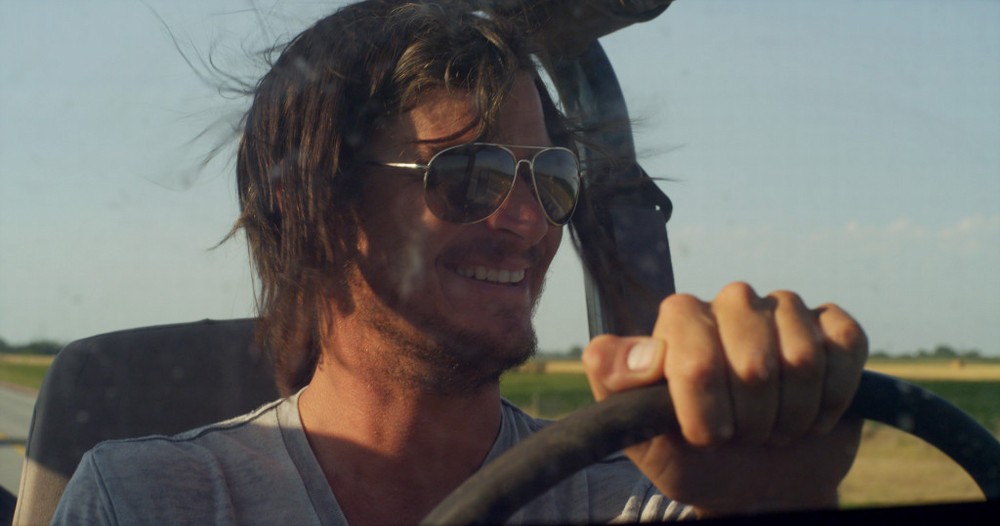 I didn’t become a fan of Rich Mullins until fairly late in his career. Most people even with a passing interest in church in the 1980’s and 90’s have heard his song “Awesome God”. It was (and continues to be) one of those songs that caught on and radio stations and worship leaders ran it into the ground. Again and again. I suppose that’s why I didn’t want to hear his other songs. It reminded me of everything I dislike about nice “Christian” culture. How can a song be “Christian” anyway?

But then I went to a concert. We were late. The parking lot was packed. We ended up having to park way out in back of the church. As we quickly walked up behind the church I noticed some guys on a picnic table having a smoke. They waved as we hurried by to get in line. Once the concert started I realized those guys smoking out back were Rich and his band.

Rich had this way of just being genuine. You’d hear him and he seems Iike a friend. Someone you’d love to sit with on the porch and talk all night. He was funny like that. He didn’t seem to fit anyone’s view of traditional Christianity but he communicated a love and grace for people we rarely see nowadays but we desperately need. 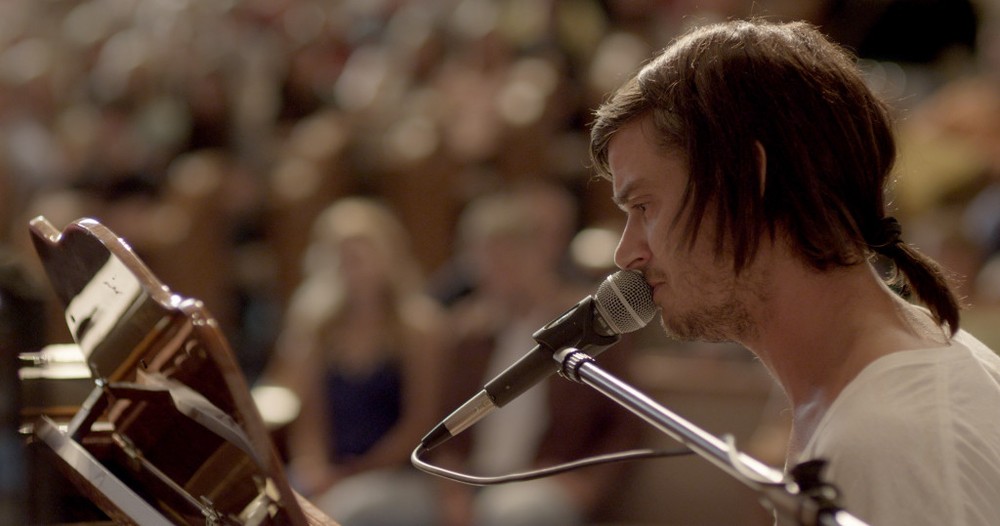 I say all that to say this; I was extremely hesitant to even watch this film. I didn’t want to see some semi-fictional glossy view of that guy who wrote “Awesome God”. I didn’t want to watch some train wreck, wasted opportunity to preach the heavy handed truth about a flawed but impactful life. By his own admission, Rich Mullins’ hunger for God was only rivaled by his appetite for sin. Would these filmmakers have the courage to show Rich’s life, warts and all?

The answer is a surprisingly honest film that was completely unexpected. Rich Mullins (played by Michael Koch) was incredibly talented and incredibly lonely. He had some deep insecurities and tried many ways to medicate his pain. Rich seemed to live with the fear not being invited to the party… of being left alone with himself.

Ragamuffin is bookended with a radio interview used as a kind of monologue throughout the movie. We start with Rich’s childhood on a farm in east Indiana. He didn’t fit in with the mechanically inclined farm life – a point his father makes constantly. But he did know how to play music. He could play songs on piano very early in life and that eventually carried him to college in Cincinnati.

Eventually one if his songs ended up on an Amy Grant record and he was off to Nashville. But the Contemporary Christian Music industry at the time wasn’t a place he could fit in either. He wanted to sing honest songs about struggle and heartache and where Jesus could be found in the midst of it all. Definitely not what the radio stations wanted to play. So he had to fight to find an uncomfortable balance. 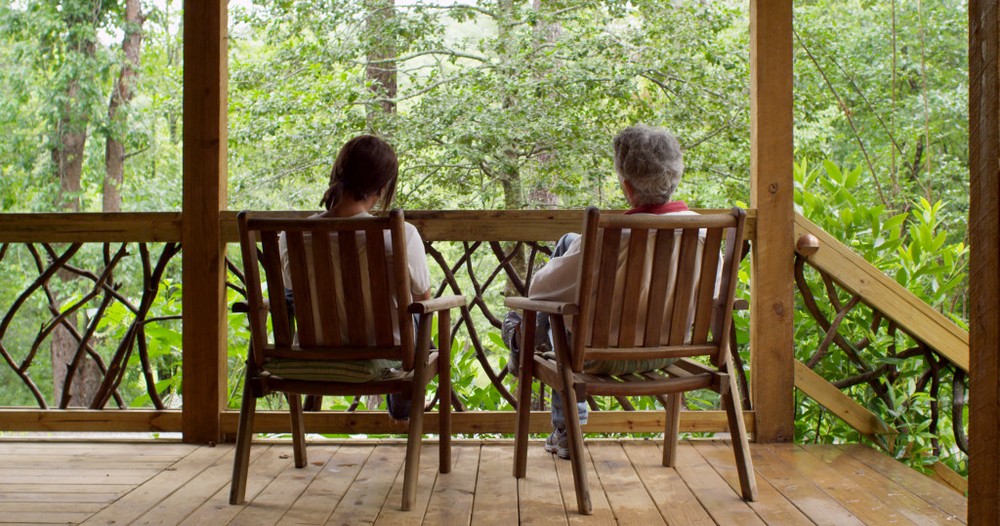 As his career took off he soon realized that money and the toys it brings was something he liked… too much. He had the wisdom to walk away from the thing that would destroy him. His accountant was instructed to only pay him an allowance equal to the pay of an average person in America (at the time less than $25,000 a year). All the rest was given away to charity. He never knew how much he really made.

It’s a little ironic that Rich was able to communicate the gospel so clearly while still learning what it means to live it out in the real world. In the midst of his own struggles he would sing songs and talk about the love of God, yet not even come close to understanding it in his own heart until very late in his life.

He found a friend in author Brennan Manning. He was someone with similar struggles. He spoke Rich’s language. He loved to drink almost as much as he loved God. He was also a very broken man, and someone who had years of wisdom that life brings and Rich needed. It proved to be the relationship that brought the most healing and best songwriting to Rich’s life.

As the movie draws to a close it inevitably comes to the point that nobody wants to see – the September 19, 1997 car accident that ended Rich’s life. It was particularly poignant for me because a week after his accident, I drove the exact same road to my grandmother’s funeral. It made me ask a lot of questions. Particularly about what it means to have an impactful life. What are the legacies we leave behind? 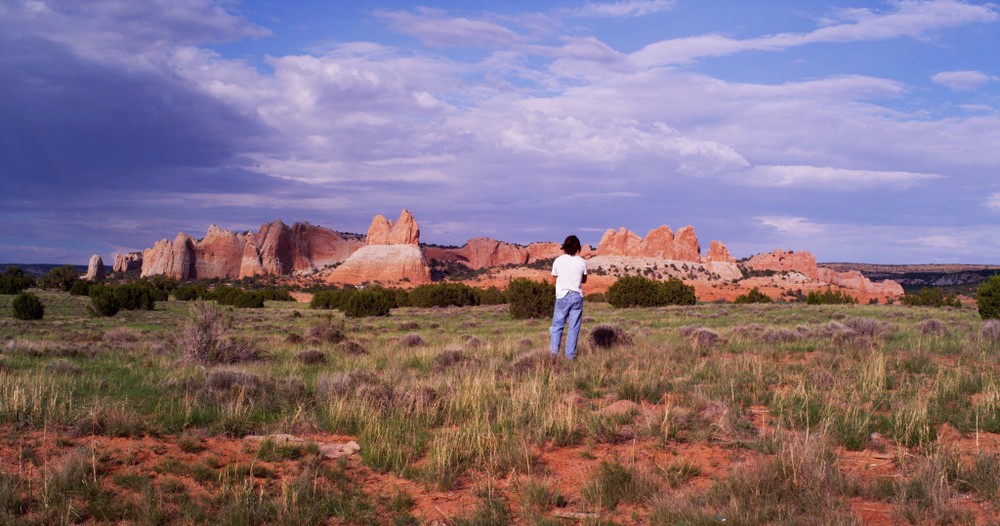 We suffered great loss when Rich Mullins died and again recently when Brennan Manning also passed. Both offered a simple picture of living a reckless, broken life of faith in a God who loved them both for who they were, not for who they should be. Through the Ragamuffin movie, their legacies live on.

Coming in at an unusually long 2 hours and 17 minutes, this movie is not for the casual moviegoer. But it could have easily been over 4 hours. Characters had to be combined and time is compressed to fit stories into the larger narrative. But this is a film based on the life of Rich Mullins, not a documentary about him. It’s primarily going to be seen by those who remember him. It’s not an evangelistic movie, but it is honest about Rich’s faith throughout.

Ragamuffin is an “indie” film so there is some questionable casting with friends and family members in front of the camera, but mixed with some recognizable faces like Wolfgang Bodison (A Few Good Men) and James Kyson (TV’s Justified and Heroes). As usual with a limited budget film you may notice some minor inaccuracies with clothing and other set dressing. But if you can put that aside, the story is compelling and well worth your time.

Shot with Red digital cinema cameras, Ragamuffin has beautiful cinematography. Scene composition from city streets to wheat fields are engaging and sharp. The Blu-ray picture quality is wonderfully detailed with no discernible compression artifacts. A couple dark scenes appear to have some grainy b-roll footage which is distractingly inserted with normal footage. It’s probably not as noticeable on DVD but on Blu-Ray it is briefly distracting. 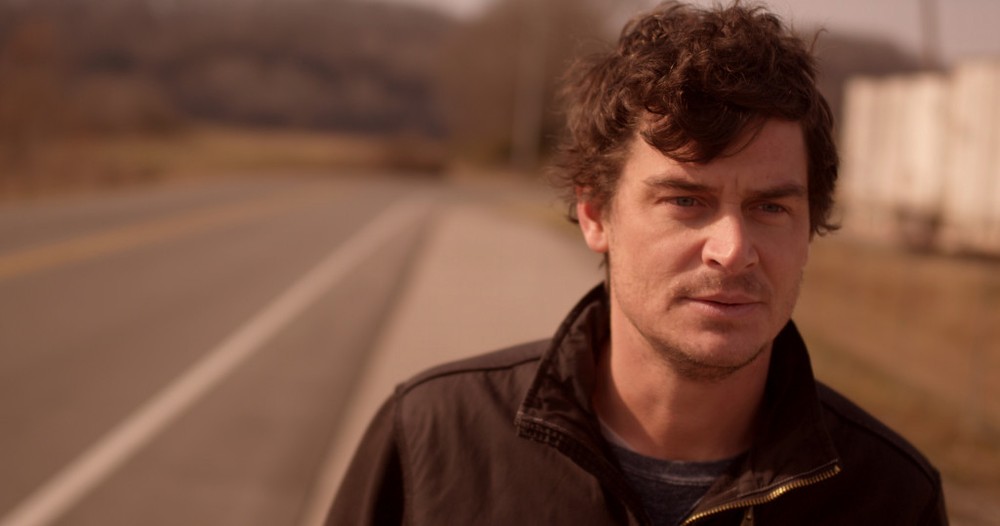 On the audio side Ragamuffin comes with English 5.1 Digital and stereo 2.0 audio and subtitles in English SDH and Spanish. The music is very well done. I had expected them to have actor Michael Koch lip sync all of Rich’s songs but instead they purposely hired him because he is a musician and he can sing.

Extras on the Ragamuffin Blu-ray include:

There are quite a few other scenes cut for various reasons mentioned in the commentary but they don’t appear on this disc.

Rich’s younger brother Dave is the point man for the Mullins family whenever projects come up involving Rich’s estate. Dave brings a solid summary of the point in this movie and Rich’s life.

During the research process the filmmakers interviewed a lot of Rich’s friends and family as well as musicians like Amy Grant and Michael W. Smith. Brief clips are included in this short featurette along with some behind the scenes footage but for the full treatment you’ll have to buy the new documentary from The Kid Brothers of St Frank. www.kidbrothers.org  Funds raised go to teach music to kids on the Indian reservation in Arizona where Rich lived at the end of his life.

Also included are trailers for Ragamuffin, Khumba, When Calls the Heart, and Red Wing.  Numerous concerts and interviews of varying quality are available on YouTube as well. 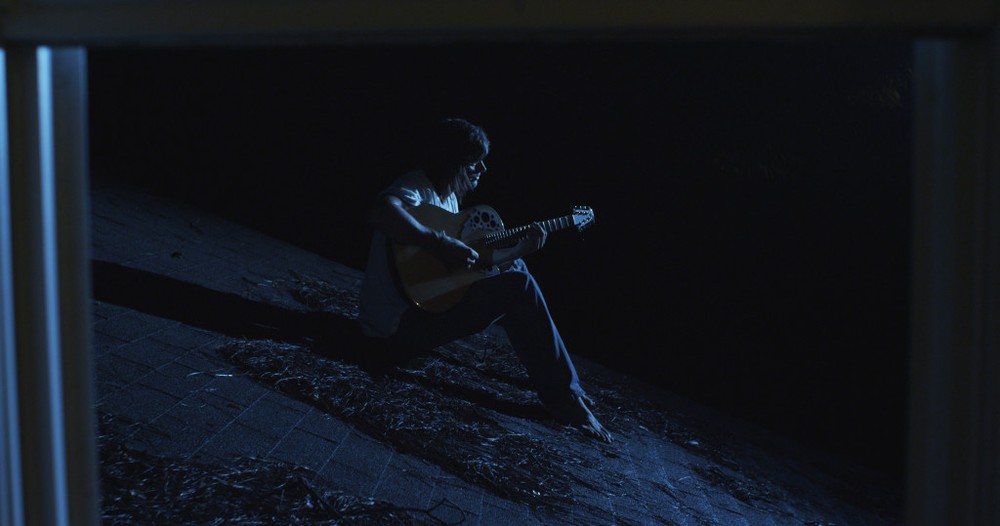 I really wonder what Rich Mullins would have thought of this movie about his life. It wasn’t at all what I expected. It’s not at all what I would call a ‘standard’ family friendly church movie. But through all of Rich’s issues and struggles, this film is remarkably honest. It does have a Christian message but it doesn’t come across as preachy. Rich was struggling and asking questions that most everyone asks, and the filmmakers do a brilliant job showing how Rich was able to come to terms with his past and God. He was one of those people that created community wherever he went but was separate from it. He was the proverbial “loneliest guy in a room full of people”. He reflected Jesus to so many but few knew how broken he was inside. The movie communicates that dichotomy incredibly well.

Ragamuffin is probably one of the least “Christian” Christian movies I’ve seen. It doesn’t paint a pretty picture of his life and certainly not of the “Christian” music industry. There are people who won’t like that they show Rich smoking and drinking, and others who will want to know more about his struggles than is portrayed here. They don’t cover up his brokenness but they don’t make an expose either. His life speaks for itself – a rare artist with something true to say. Though I didn’t know him personally, this movie reminded me of how much I miss him. 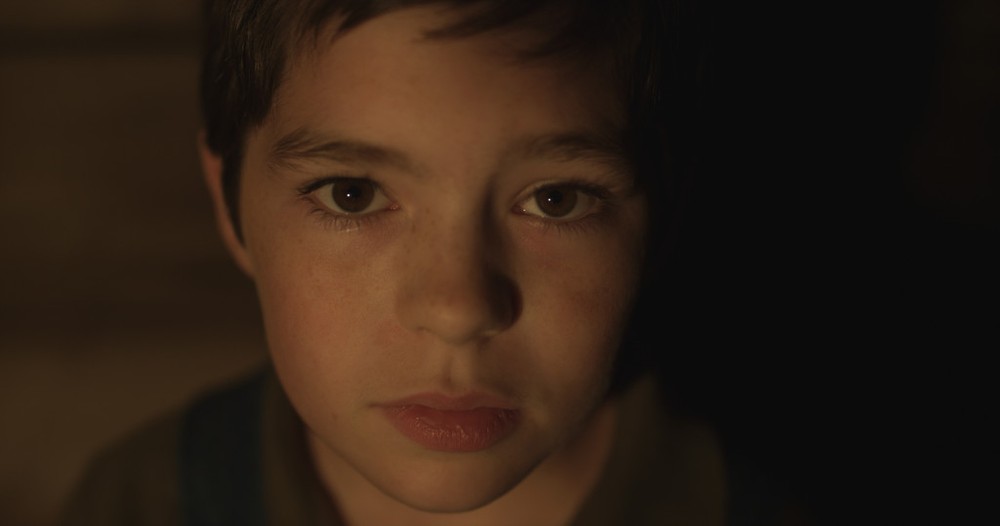 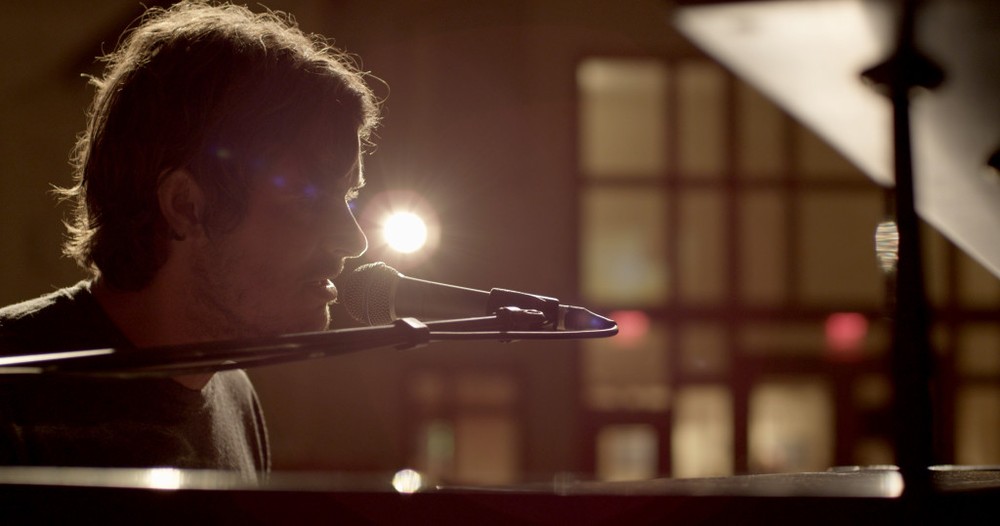 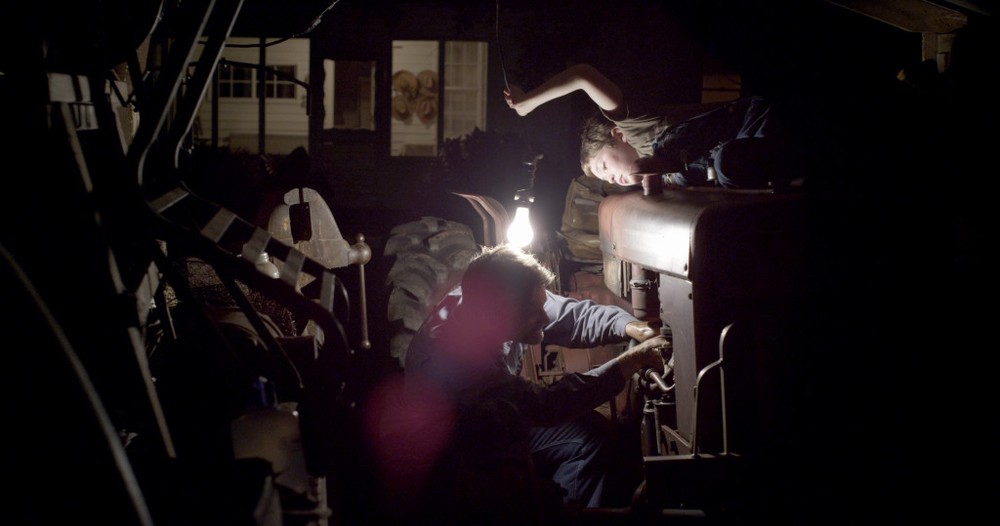 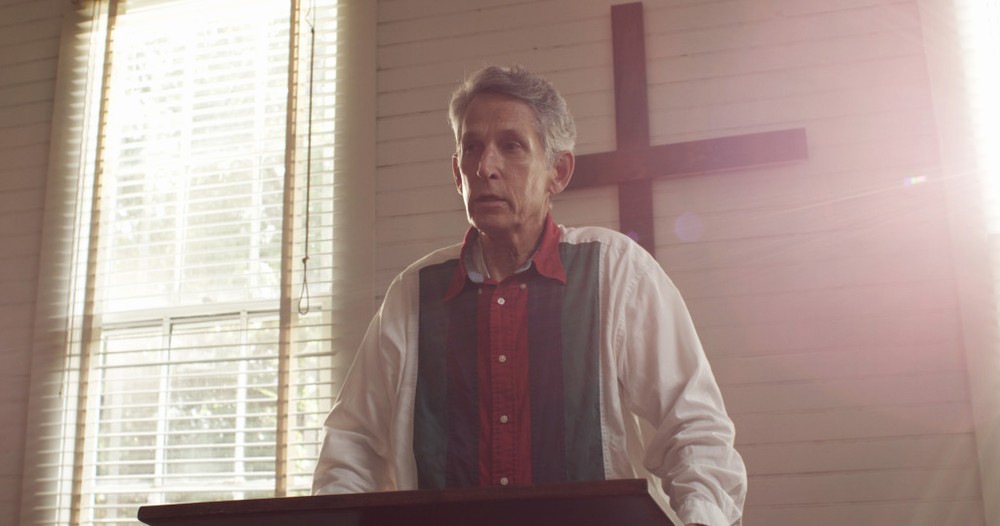 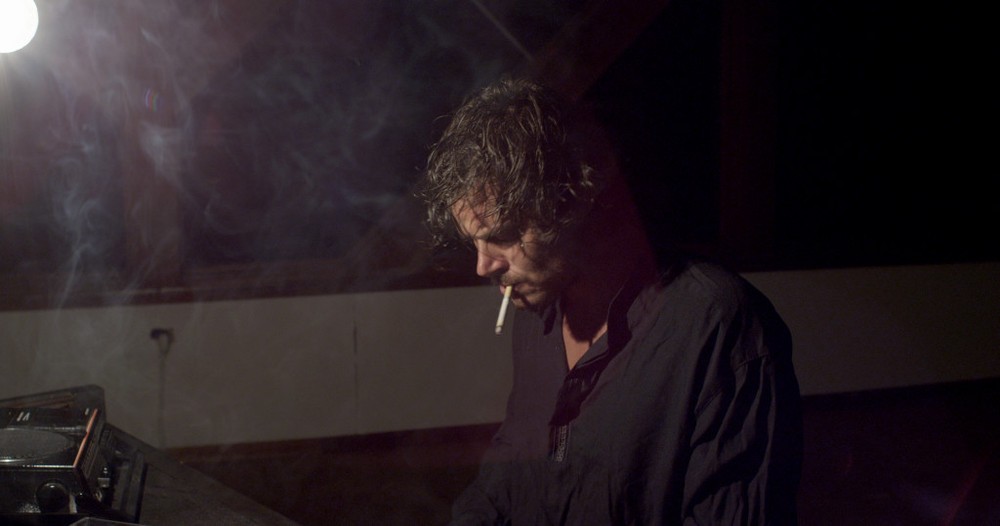 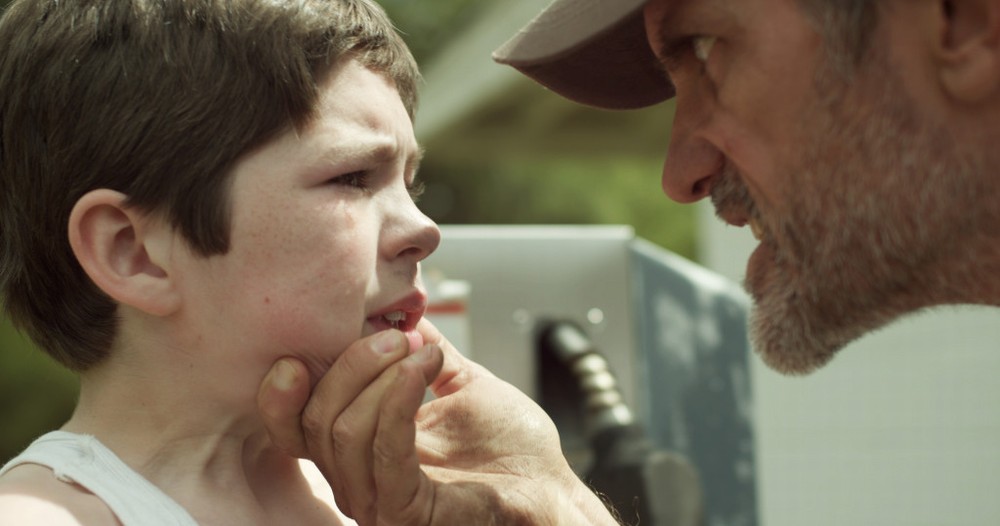 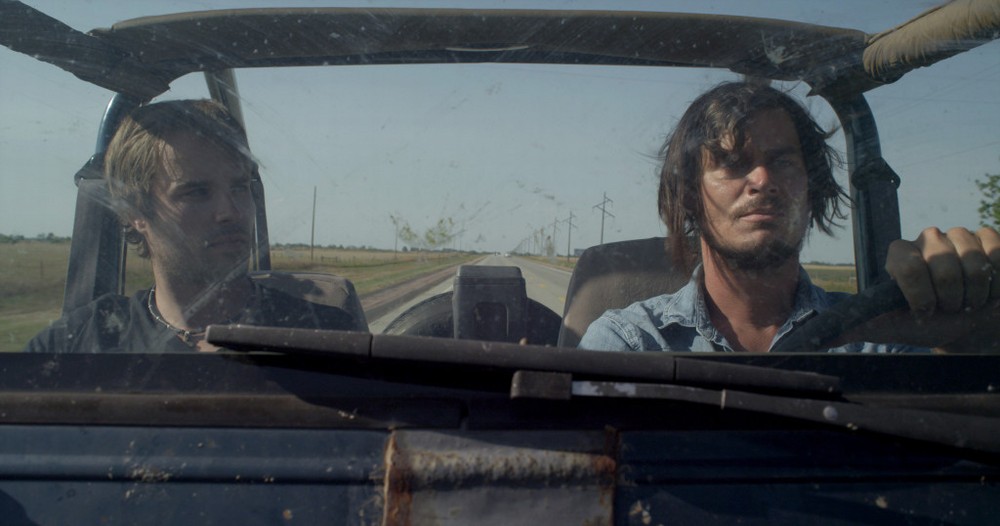 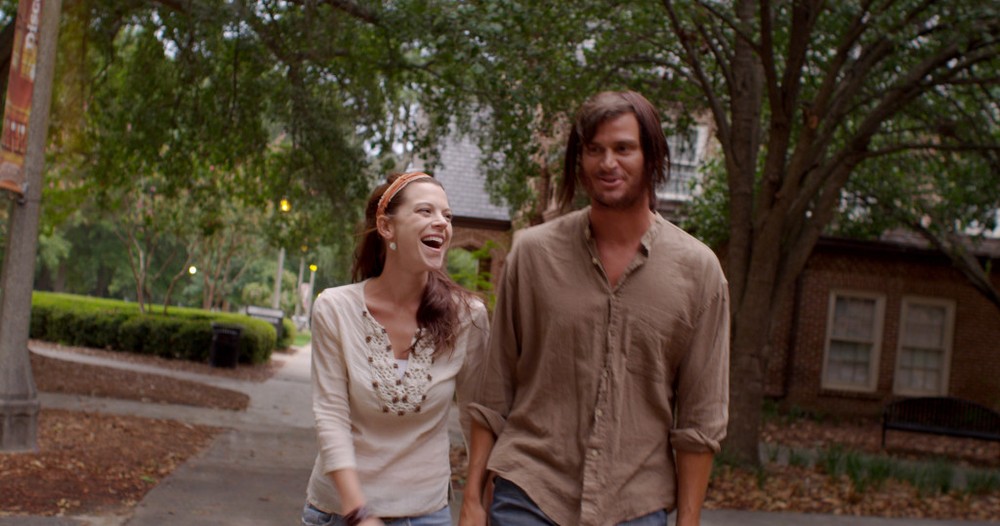 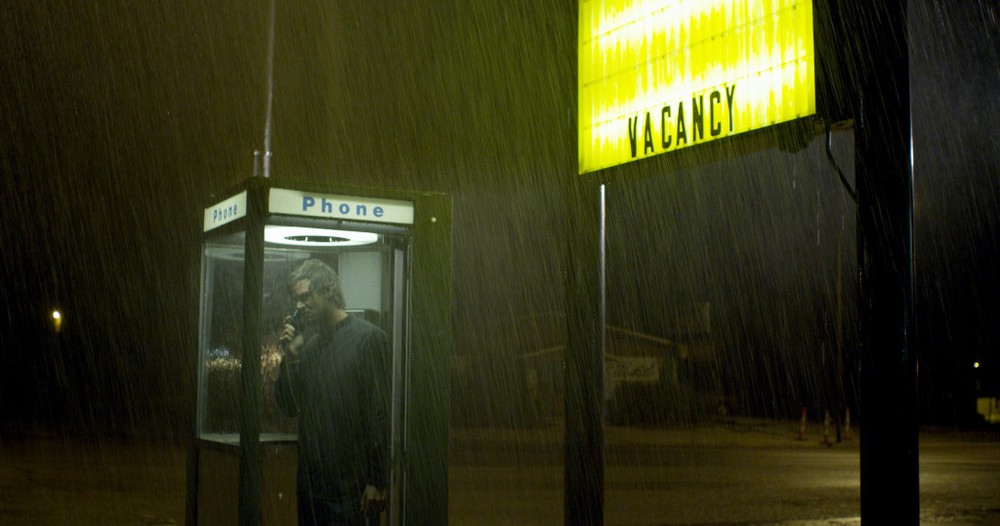