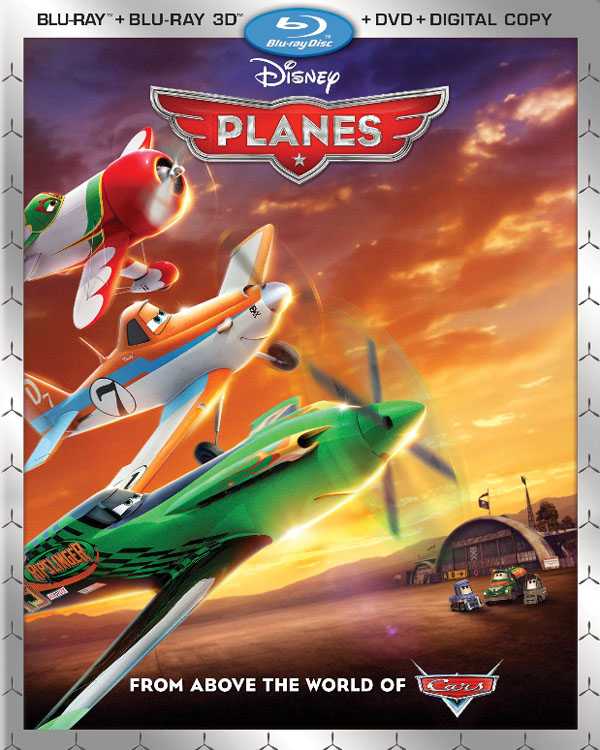 Great visuals for both 2D and 3D versions, and a fantastic 7.1 DTS surround mix.

Hard to justify a retail purchase until this goes on sale.

Cars is still one of my top 5 Pixar movies of all time, and even though the sequel was somewhat disappointing I still had high hopes for Planes, a movie that is set in the Cars universe but deals with an eclectic batch of airplanes.  In Cars you had a famous racecar who was enjoying a bit of peace and quiet in a small town void of paparazzi, whereas in Planes we start in a small rural town with an unlikely crop duster named Dusty (Dane Cook) who aspires to be a racer and join the Wings Across the World race.

Planes isn’t a bad movie, but it never really excels to the point of Cars or even Cars 2, which also did its own fair share of globetrotting.   It was originally designed to go direct to video then quickly repurposed for a big screen release in both 2D and 3D.  While I never saw the movie in theaters, watching it now on Blu-ray I get the feeling they should have stuck with their original plan.  No offense to the cast, but there are no “big names” involved outside of the cameos by Val Kilmer and Anthony Edwards who reprise their Top Gun roles as voices for Bravo and Echo, two Navy fighter jets.  John Cleese, who voices Bulldog, was the only other voice I recognized, so when the credits started scrolling at the end I was surprised yet sadly still not impressed.  Julia Louis-Dreyfus, Brad Garrett, Teri Hatcher, and Stacey Keach are easily found on TV more than movies and that is sadly where Planes should have gone. 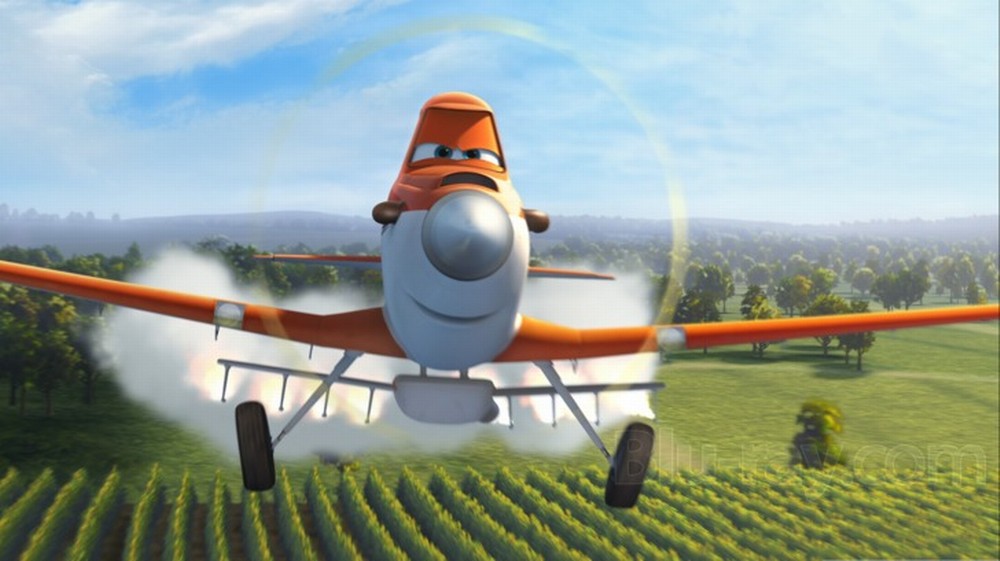 Planes does tell an uplifting story about a Plane who aspires to be more than he was built for and do what everyone else tells him he can’t.  Despite his overwhelming confidence Dusty also has to overcome his own personal fears.  Ironically enough, Dusty is afraid of heights.  Being a crop duster has kept him flying pretty low to the ground over the years, and while he uses that to a tactical advantage throughout the movie he will ultimately have to face his greatest fears high in the stratosphere.

The story has all the core elements we need and expect.  There is the egotistical champ and fan favorite, Ripslinger (Roger Craig Smith) who is virtually guaranteed to win the race yet again and will do anything to do so.  There is the unlikely love interest, Ishani (Priyanka Chopra) who catches Dusty’s eye, and there is the emotionally damaged war veteran, Skipper Riley (Keach) who is both mentor and reluctant hero by the end of the film.  They movie even goes as far as to do the old “gotcha” moment where at first Dusty fails to qualify for the big race but then gets in because one of the other planes was using an illegal fuel additive – the same plot twist that just happened in Monsters U.

Planes looks amazing on Disney Blu-ray with a 1080p/MVC-encoded 3D transfer that is bright enough to compensate for the added dimness of the glasses and still capable of delivering stunning and vibrant colors that pop off the screen, but not in a distracting way.  This is probably one of the best uses of 3D in an animated movie to date, as the planes really need to have some separation from the background, and the added depth really immerses you in the film.   The 2D version is just as good with sharp contrast, deep blacks, and no visual anomalies aside from a slight trace of banding. 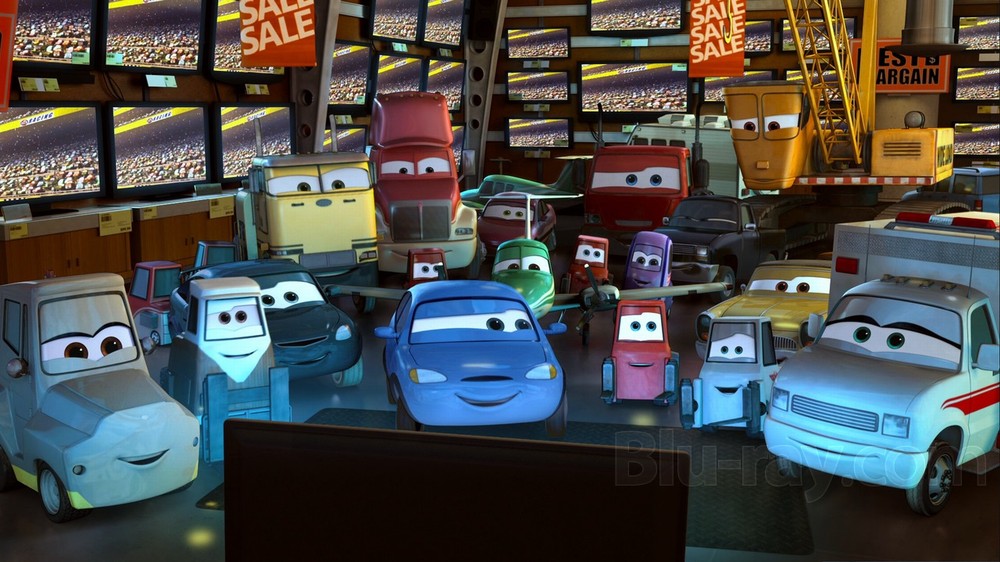 The audio is just as good with an immersive DTS HD MA 7.1 mix that keeps the voices front and center while making excellent use of the surround speakers to bring the world alive with all sorts of positional ambient effects.  There is even some impressive LFE to accentuate engines of the various styles of prop racers.  The soundtrack is good and hits all the emotional checkpoints, but it was nothing memorable outside the movie with the exception of the clever serenade by El Chupacabra (Carols Alazraqui).

It seems you can’t fly anywhere these days without lost baggage and Disney either lost or never packed any extra materials for this Blu-ray release – again, something you expect in a direct-to-video release.  After spending four engaging hours with Monsters U just a few weeks ago it was almost shocking to be finished and shelving this movie in less than 30 minutes.   The highlight of the extras is Klay’s Flight Plan, a 16-minute documentary that follows Klay Hall and his two sons as they visit an aircraft museum and even get to ride in some classic warplanes.  It’s easy to see his personal connection with the film, which only made me feel guilty for not liking it more than I did.  There is also an Exclusive Musical Scenes: Franz’s Song that, while finished was still taken out of the film.   Director Klay Hall and producer Traci Balthazor-Flynn then introduce a pair of Deleted Scenes in various stages of development; one is a training montage and the other is an extended romantic flight around the Taj Mahal.   Meet the Racers is a series of what appear to be web-short promos that introduce each of the racers from the movie, and last up is the Top 10 Fliers; a somewhat education mini-feature that counts down the top ten aviators of all time.  This 3-disc set includes 3D, 2D, and standard DVD copies as well as a downloadable digital copy that looks amazing on an iPad retina display.

I think the days of anthropomorphizing planes, trains and automobiles may have lost its charm, or maybe Planes just needed a better story.  We’ve already done the whole “racing thing” in two Cars movies now, and trying to shoehorn that plot device into a third film just seems a bit uninspired.  I respect Hall’s loves for aviation, and it really shows in all the added touches he put into the film.  Planes is another technical win for Disney when it comes to production values, but with its lacking story, less-than-stellar voice ensemble, and absent collection of extras, this is a tough Blu-ray box set to recommend unless you can find a really good sale. 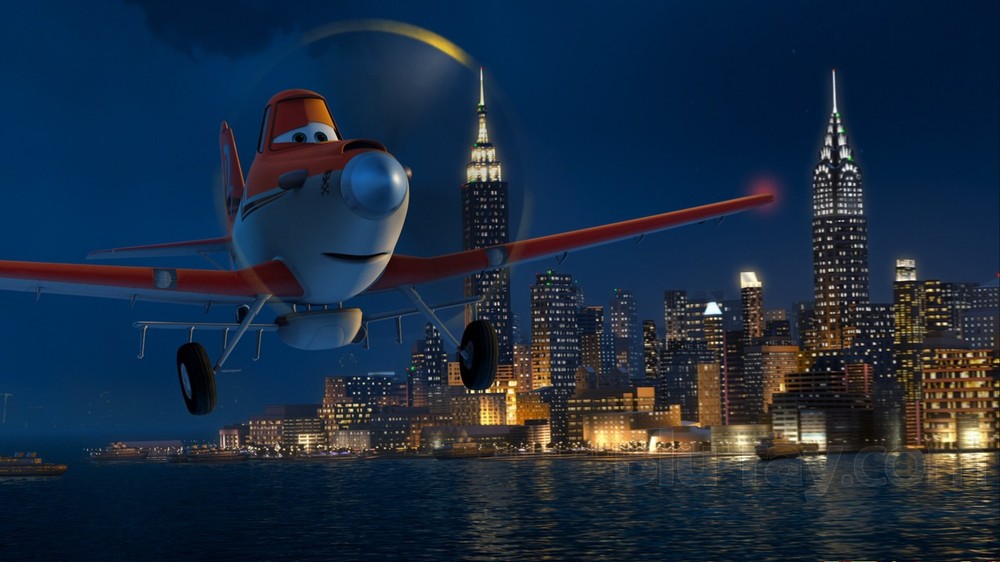 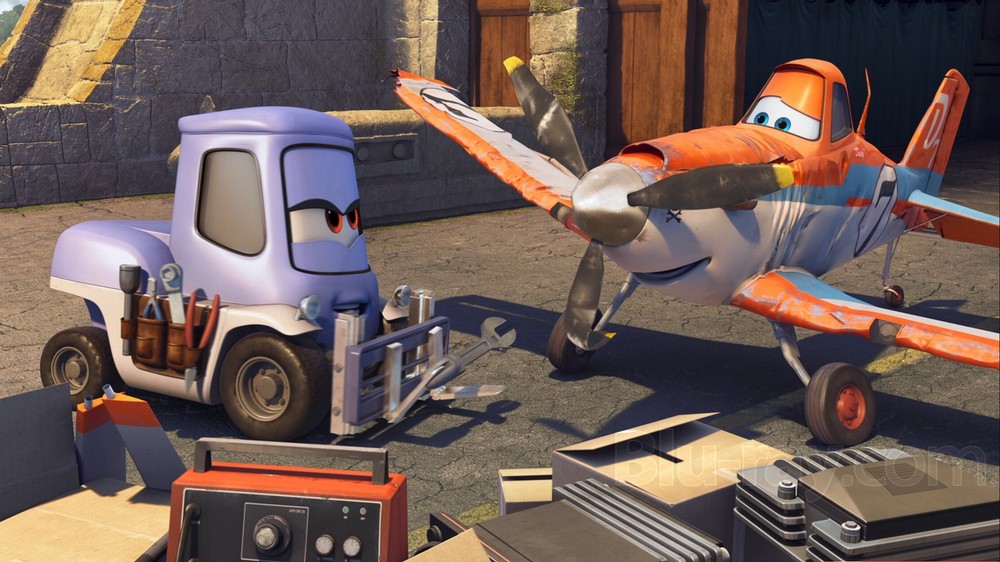 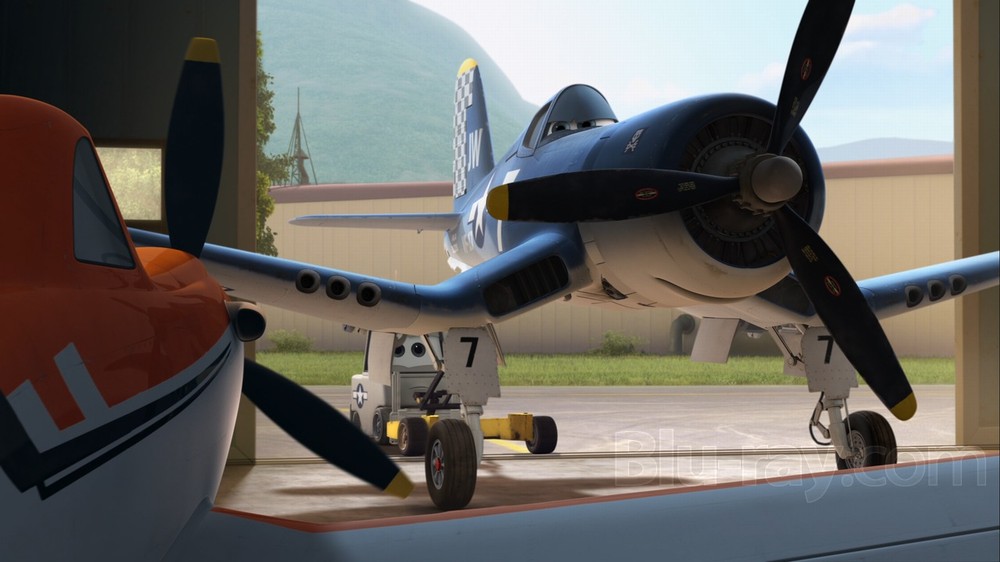 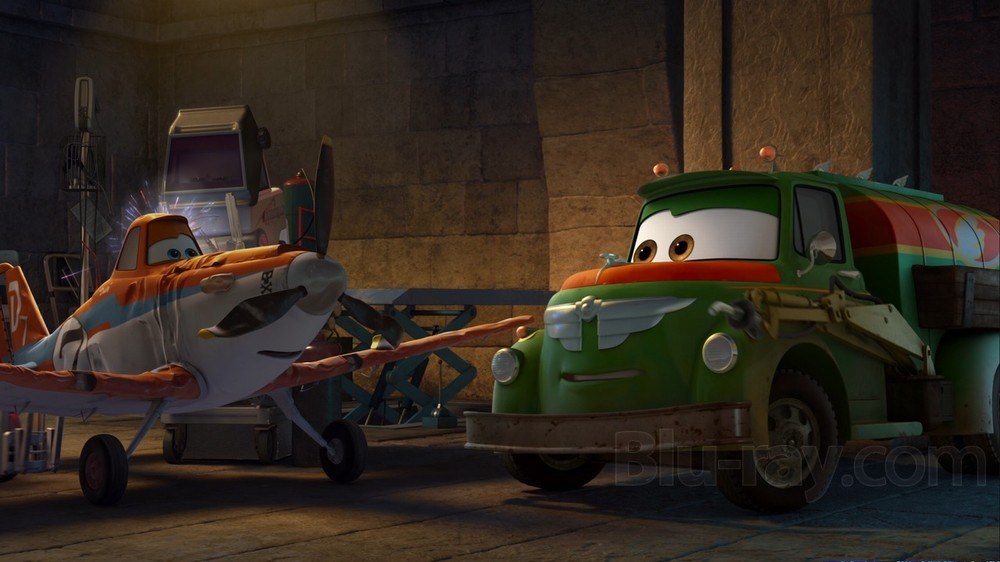 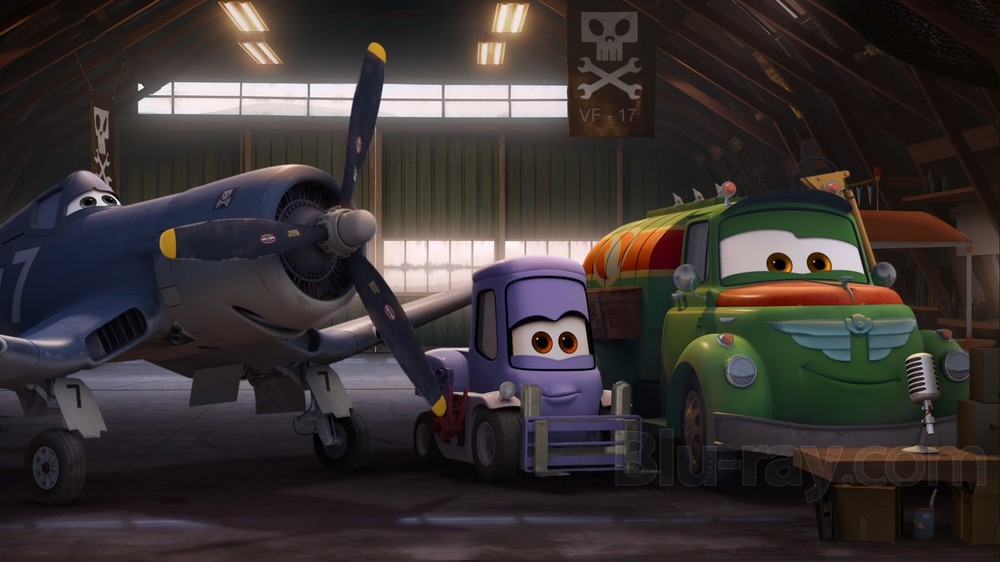 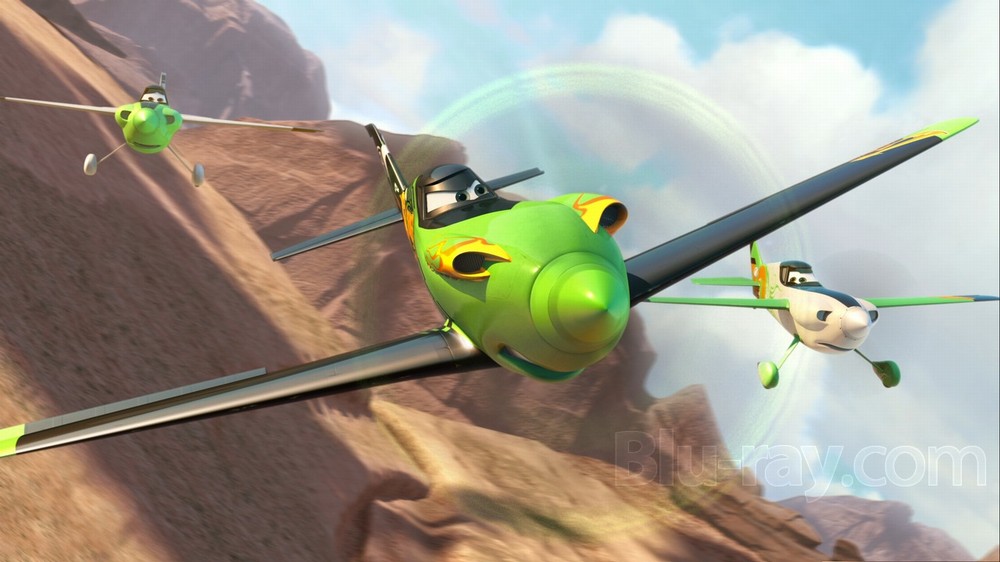 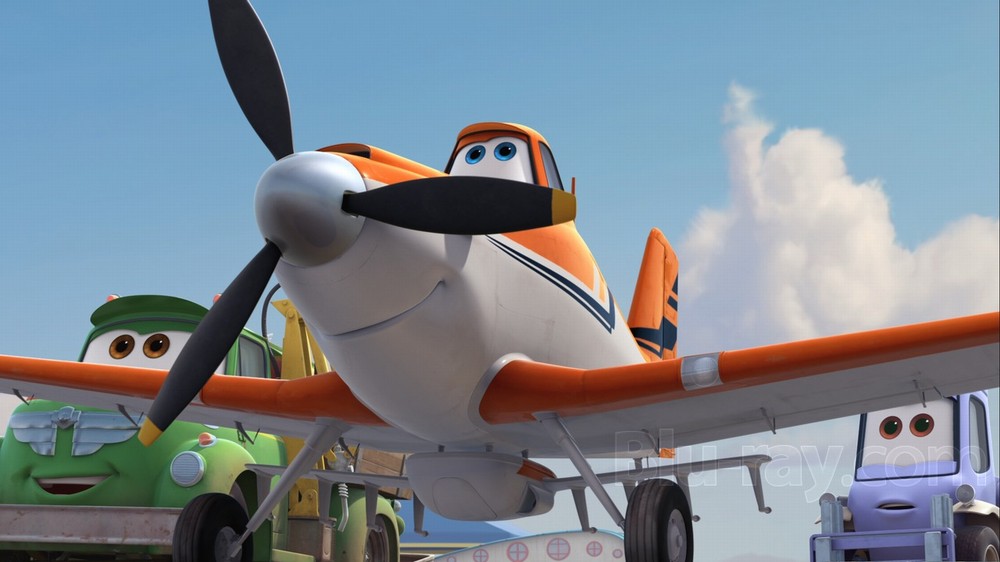 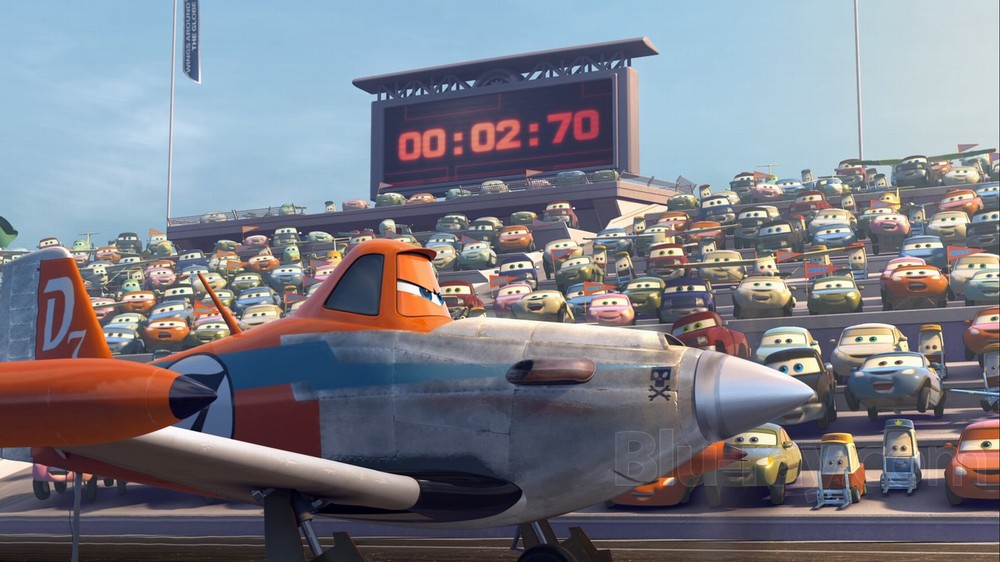 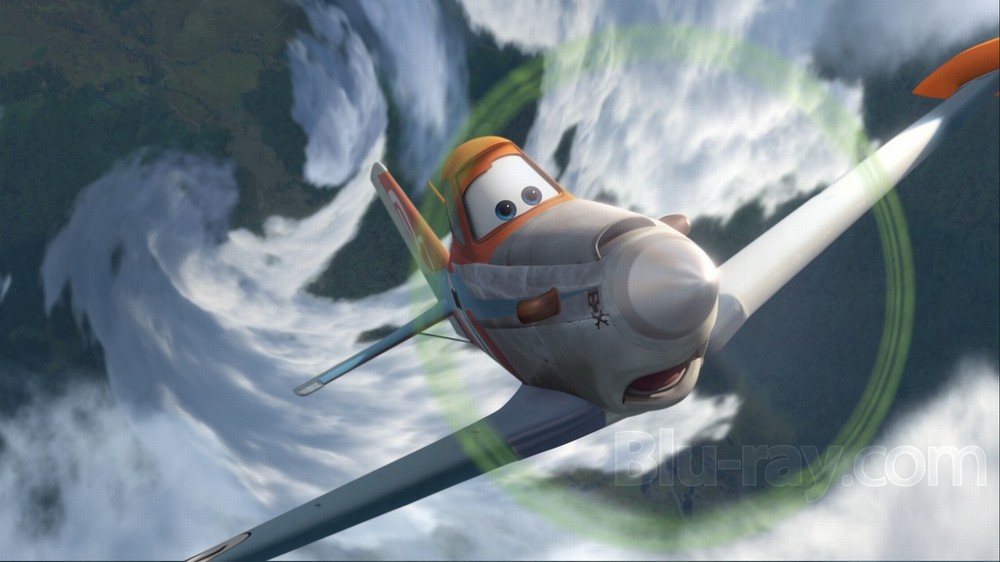 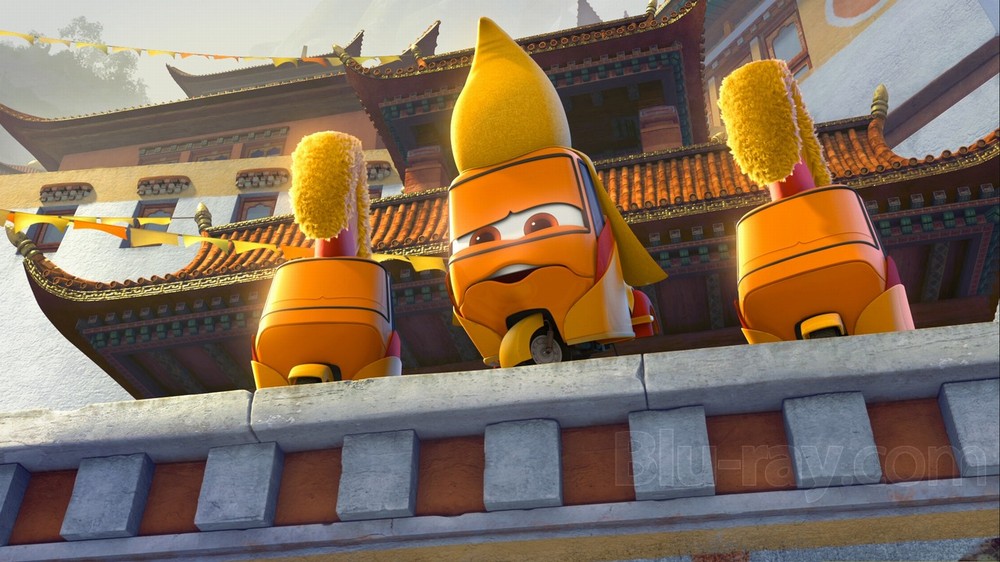 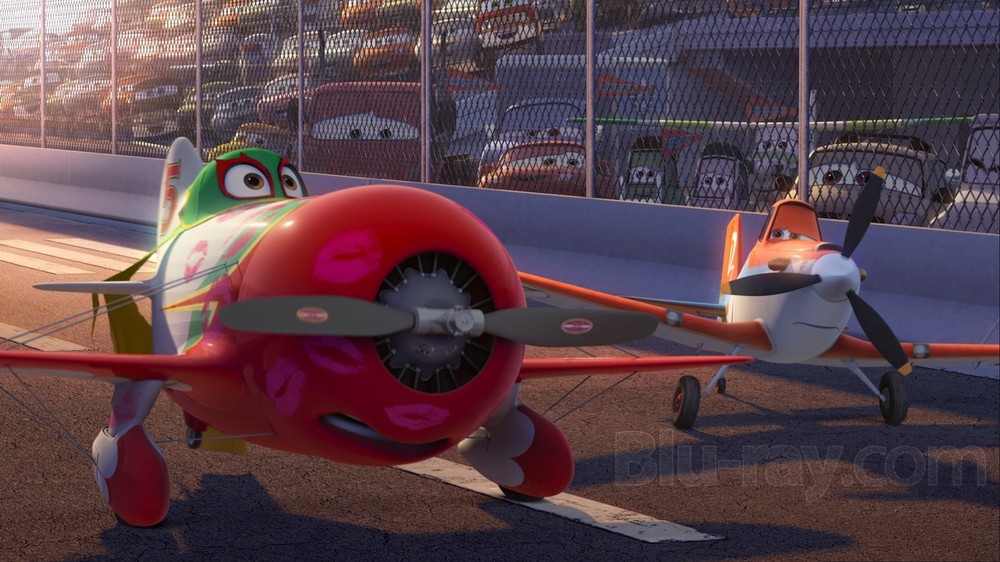 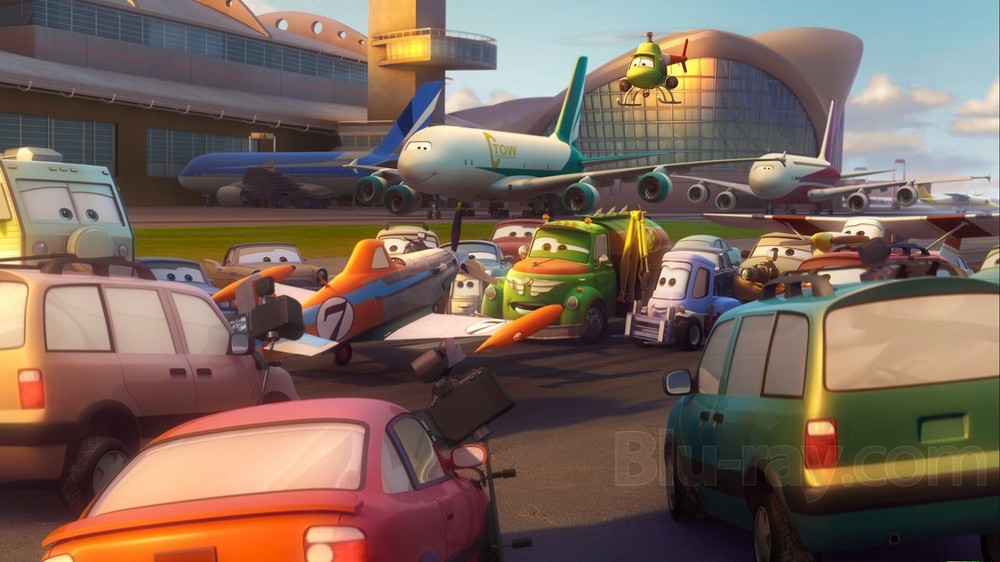