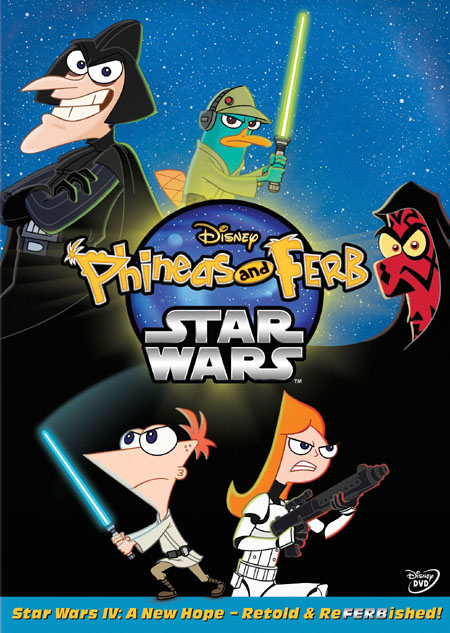 So good I wanted it to be two-hours.

One of the best Star Wars parodies out there and a great use of the license.

Before I get into my review for the Phineas and Ferb: Star Wars IV: A New Hope – Retold & ReFERBished DVD I should probably confess that I have never watched a single episode of the Disney duo prior to this DVD.  Thankfully, my unfamiliarity with the characters and their history in the series didn’t influence my viewing experience of the feature or any of the additional episodes also contained on this disc.  If anything, the Star Wars DVD may have served some Disney hidden agenda to convert a new fan to the show.

To be honest, the only reason I chose to do this review was for the “Star Wars” factor. I went into my viewing fully expecting the standard parody formula where the series cast would all take over the key roles from the movie, but Disney has done something quite brilliant.  Phineas, Ferb, Candace, Perry, and the rest of the series regulars play as their own original characters but within the Star Wars universe running parallel to the events taking place in the New Hope.  The blending of the two stories is quite ingenious really, with some parts adding to the existing story while others take place simultaneously.  Many times, the Phineas and Ferb cast will trigger events that directly or indirectly impact the Star Wars cast. 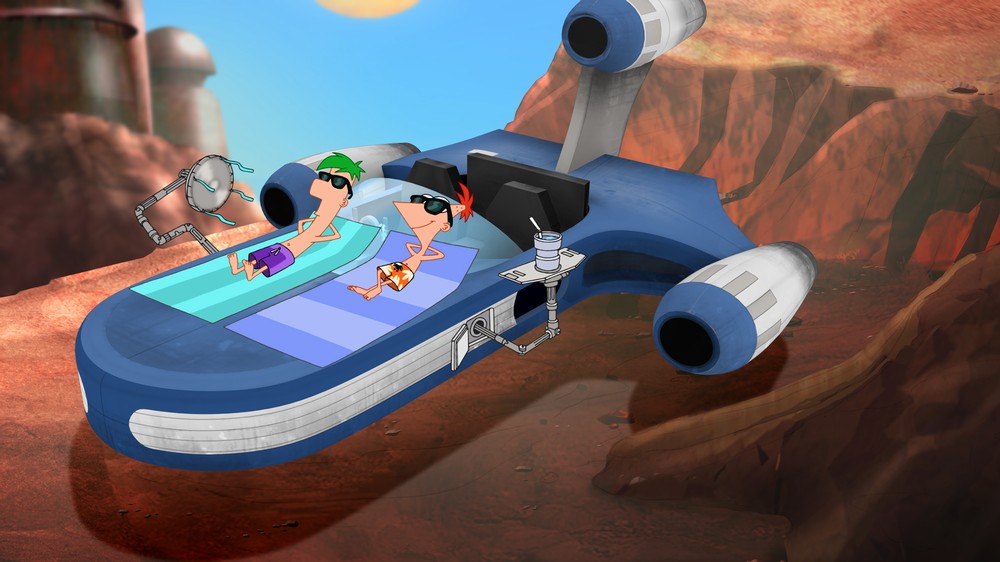 The movie starts off with an amusing take on the text crawl introduction followed by Perry the Rebelpus stealing the plans for the Death Star – something only mentioned in the movie by Princess Leia, but now you get to see it happen.  He escapes Imperial HQ and docks with a rebel transport to pass on the plan just as an Imperial Star Destroyer arrives and opens fire catching us up with the original movie.

Meanwhile Phineas and Ferb are enjoying their summer vacation on Tatooine; much more than their nearby neighbor, Luke Skywalker who is stuck doing chores.  This kicks off one of the first of several musical numbers.  Having not seen the series and already knowing that music is a staple of the franchise I was a bit surprised.  I typically don’t like musicals or musical numbers, but these were extremely clever, both in their witty lyrics and the fun video montages that really propelled the story. 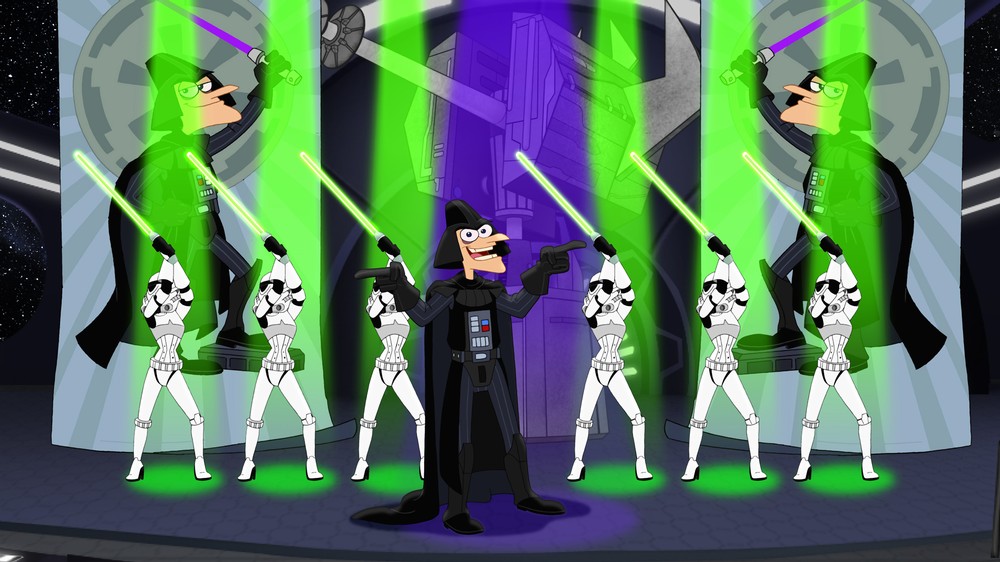 Phineas and Ferb get more involved with the Star Wars narrative after they hit R2D2 (who has run away from the Skywalker farm) with their speeder and the disc with the Deathstar plans falls into their backseat.  The rest of the movie is pretty much them trying to return the disc while having their own misadventures along the way.  The writing is terribly clever with all sorts of inside jokes for Star Wars fans including a tribute to the “Who shot first” debate from the cantina.  While I love shows like Family Guy who parody Star Wars by simply replacing characters, I found the storytelling method and fusion of two franchises to be much more effective in Phineas and Ferb: Star Wars.  They even got reasonably good sound-alikes for the main Star Wars characters.

For those who may have already watched the Star Wars parody when it ran on Disney XD back in July, Disney is sweetening the pot to justify a physical purchase.  In addition to the 50 minute feature they are also tossing in five additional 20-minute episodes (each with two smaller stories) and a fun collectible Perry-In-Carbonite keychain.  Despite the $19.99 list price you should easily be able to find this delightful family-fun DVD for around $12, and in my opinion, whether you are a fan of Star Wars, Phineas and Ferb, or both, you won’t be disappointed.

May the Ferb be with you…always. 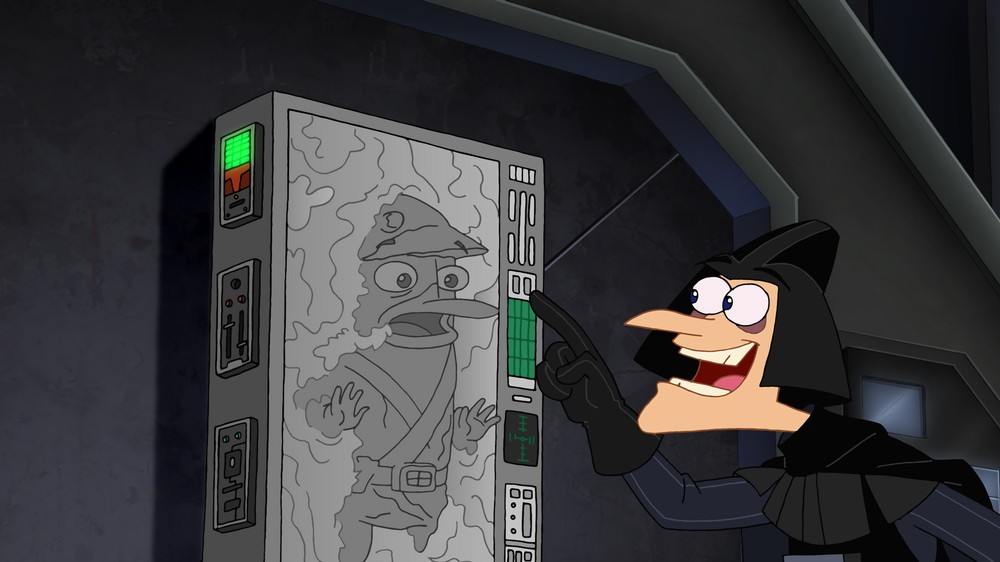 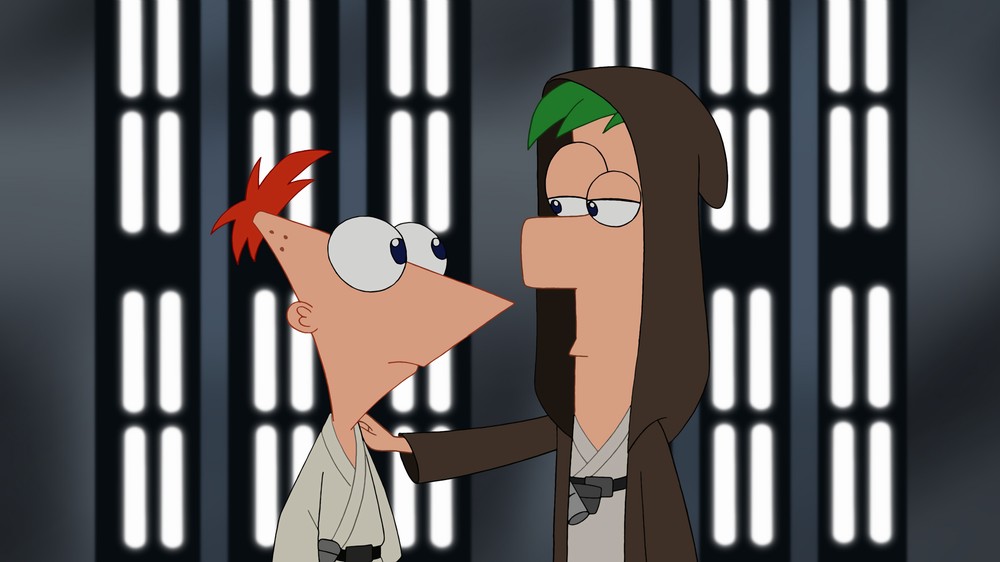 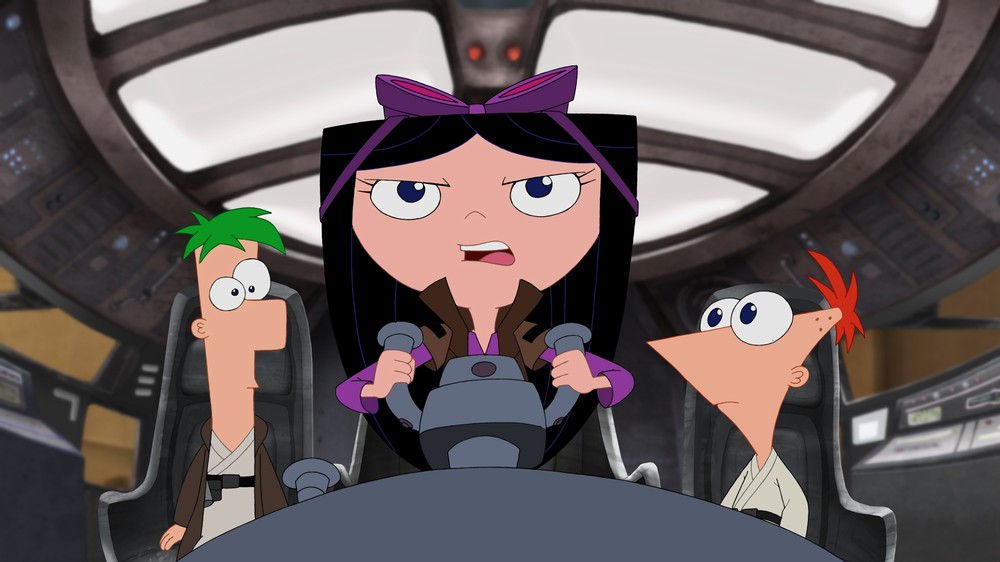 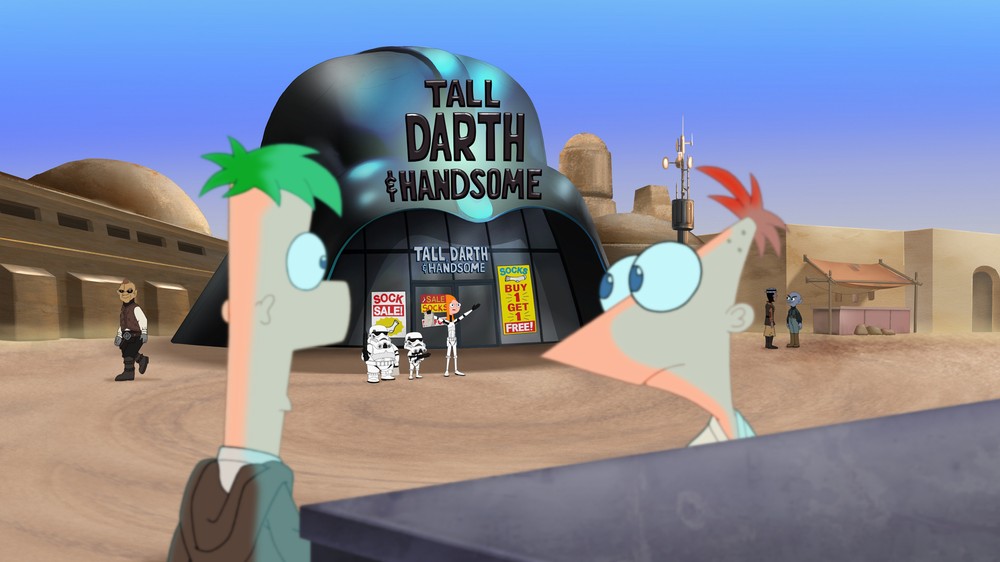 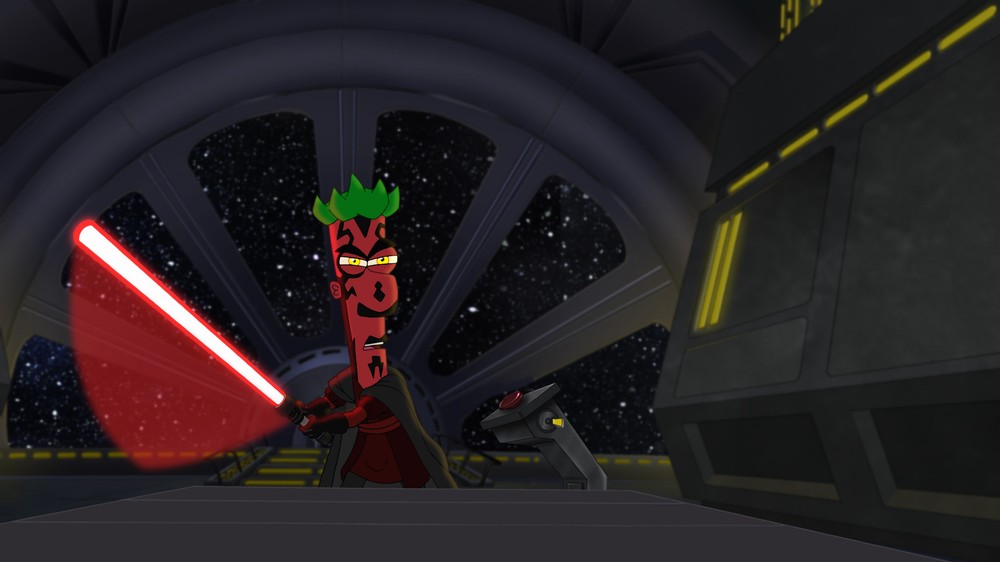 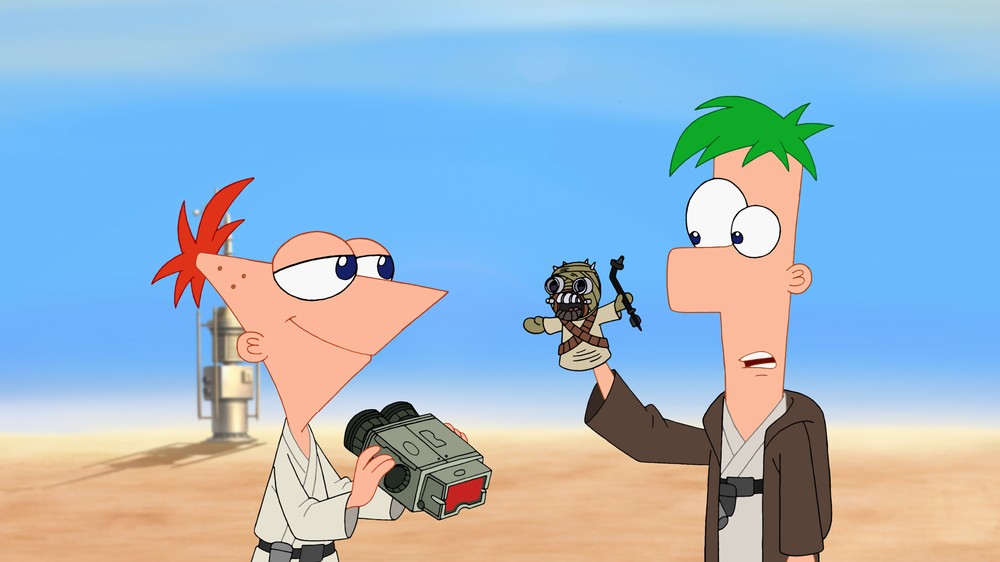 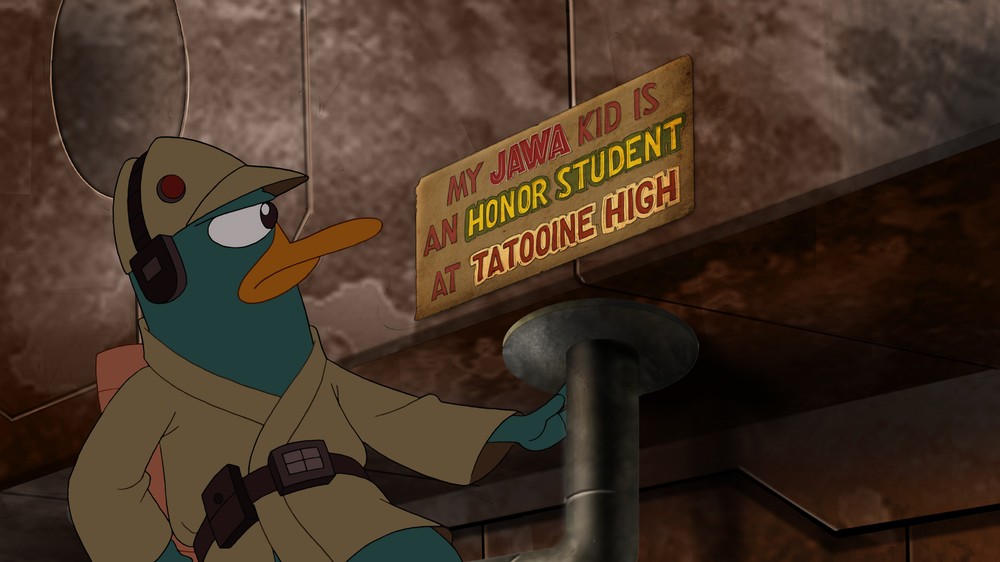 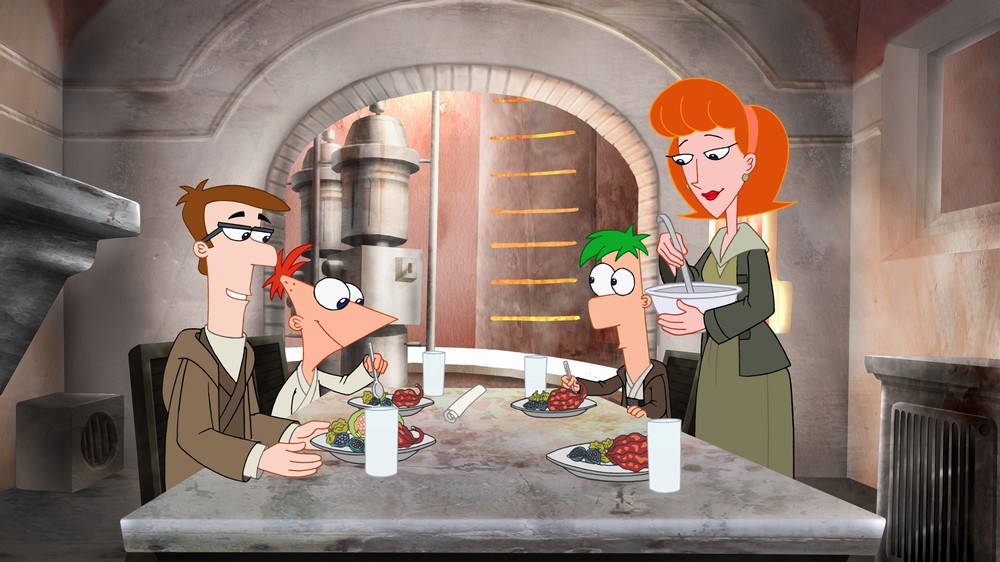 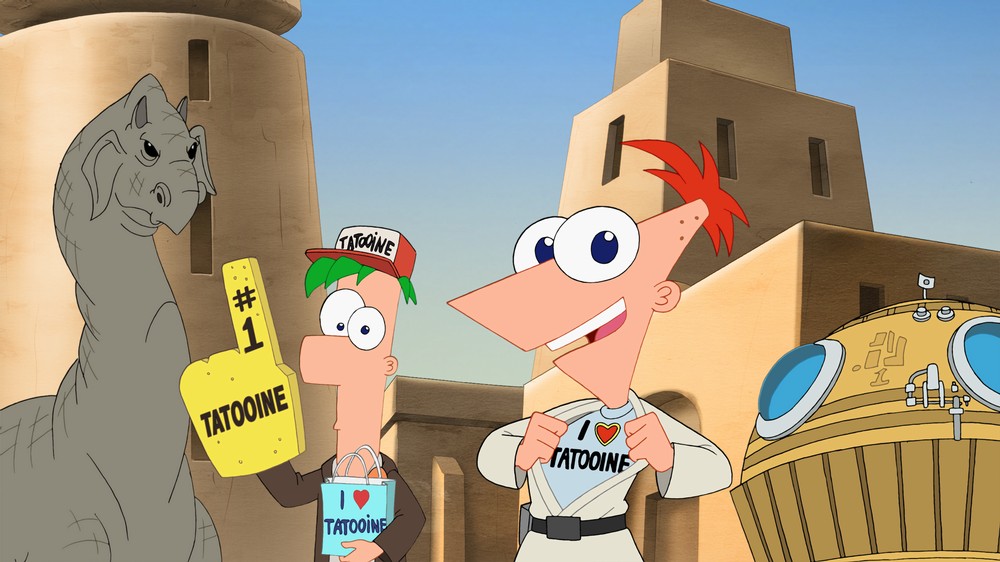 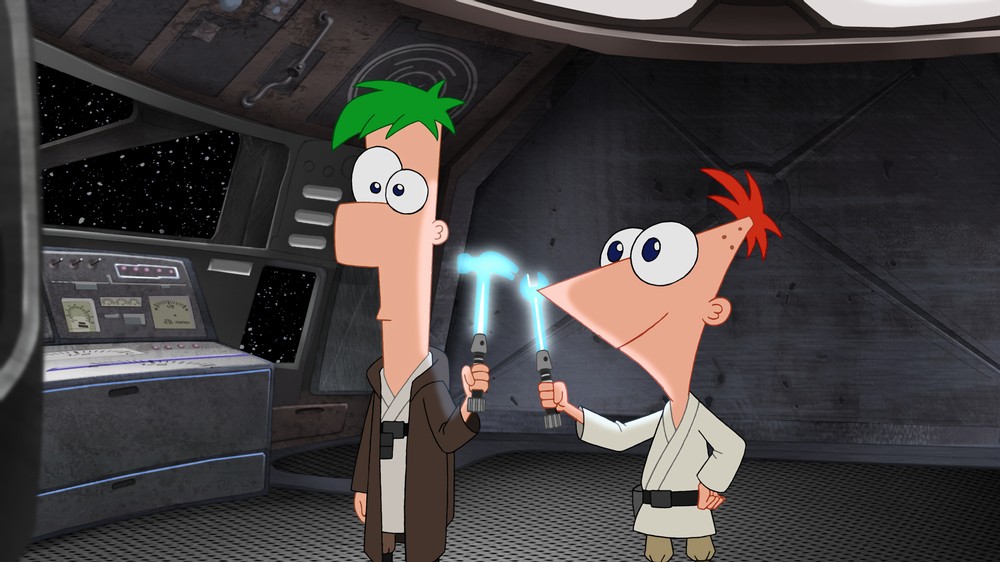 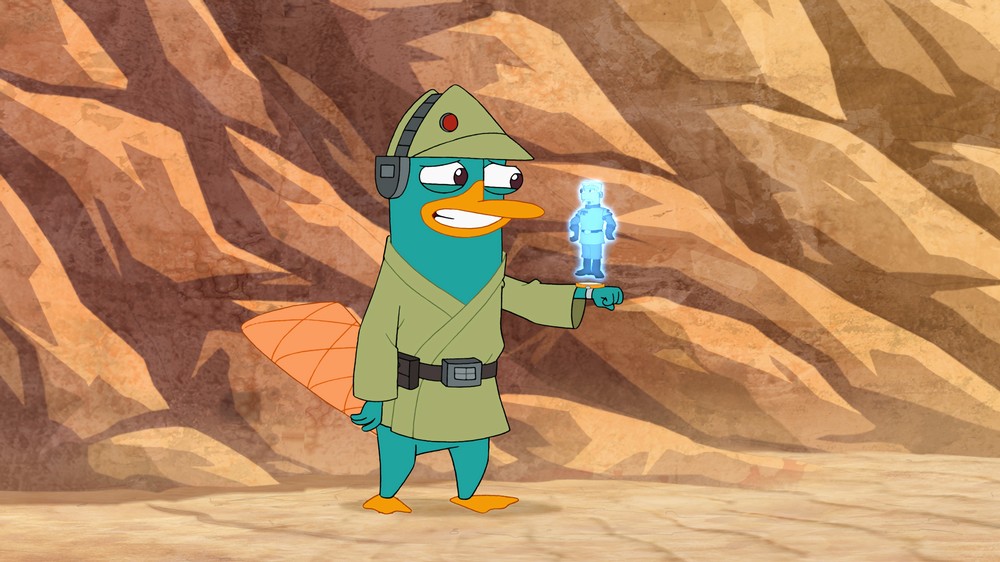 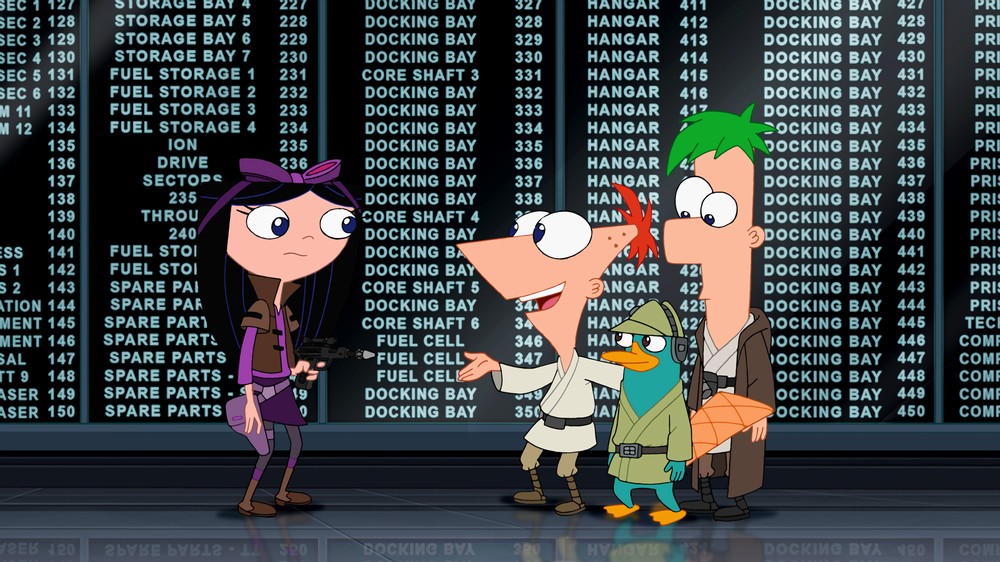 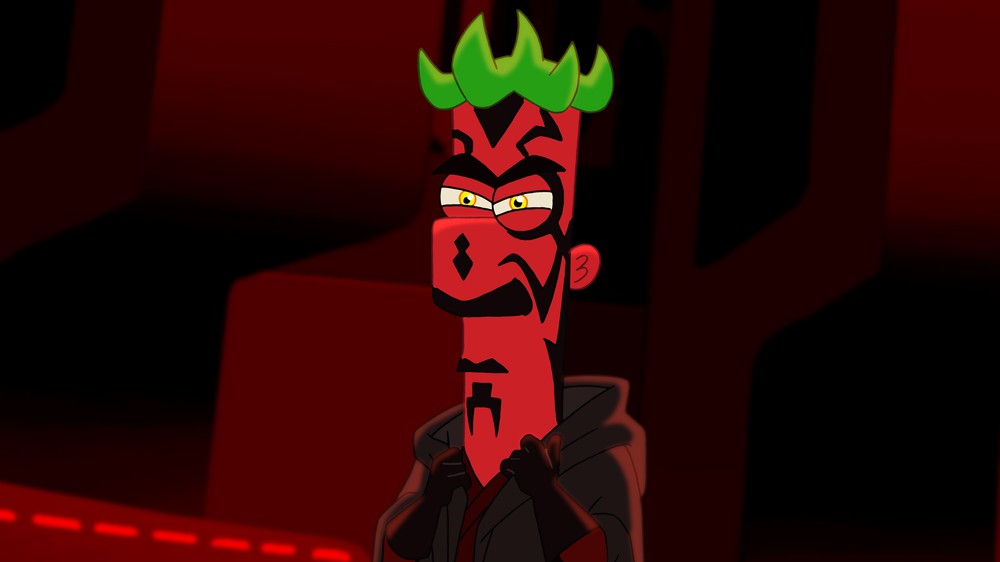