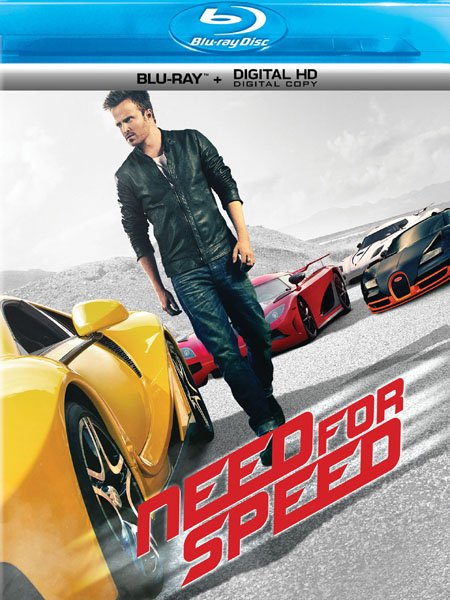 Mindless fun, great racing action with "real cars", no CG, great star chemistry, made for fans of the video game but will appeal to car aficionados as well, fantastic stunts, great collection of extras

One of my all-time favorite videogame racing franchises has to be the Need for Speed Series that got its start back in 1994 on the Panasonic 3DO (yes I owned that $700 gaming system) and ultimately made its way to PC and just about every console system since.  With over 20 games to date it is high time this franchise made its way to the big screen and thanks to Steven Spielberg and the team at DreamWorks Pictures we now get to experience all of the fast and furious fun of the video game and you won’t even need a controller…other than your remote.

The gap between games and movies is often an impossible chasm to bridge; just ask any gamer who has tried to play a game based on a movie, and things get even more problematic when you try to go the other direction – just ask Uwe Boll.  Thankfully, Need for Speed has never been about anything more than fast cars, and even when the games did try to weave in some sort of story element it was usually disposable enough that you could dismiss the narrative with a button press.   So when it comes to bringing this game to life on the big screen the formula is in place; awesomely exotic cars and stunning scenery in which to race them.   Need for Speed delivers both and even works in just enough of a story to allow for a few breath-catching breaks between the automotive mayhem. 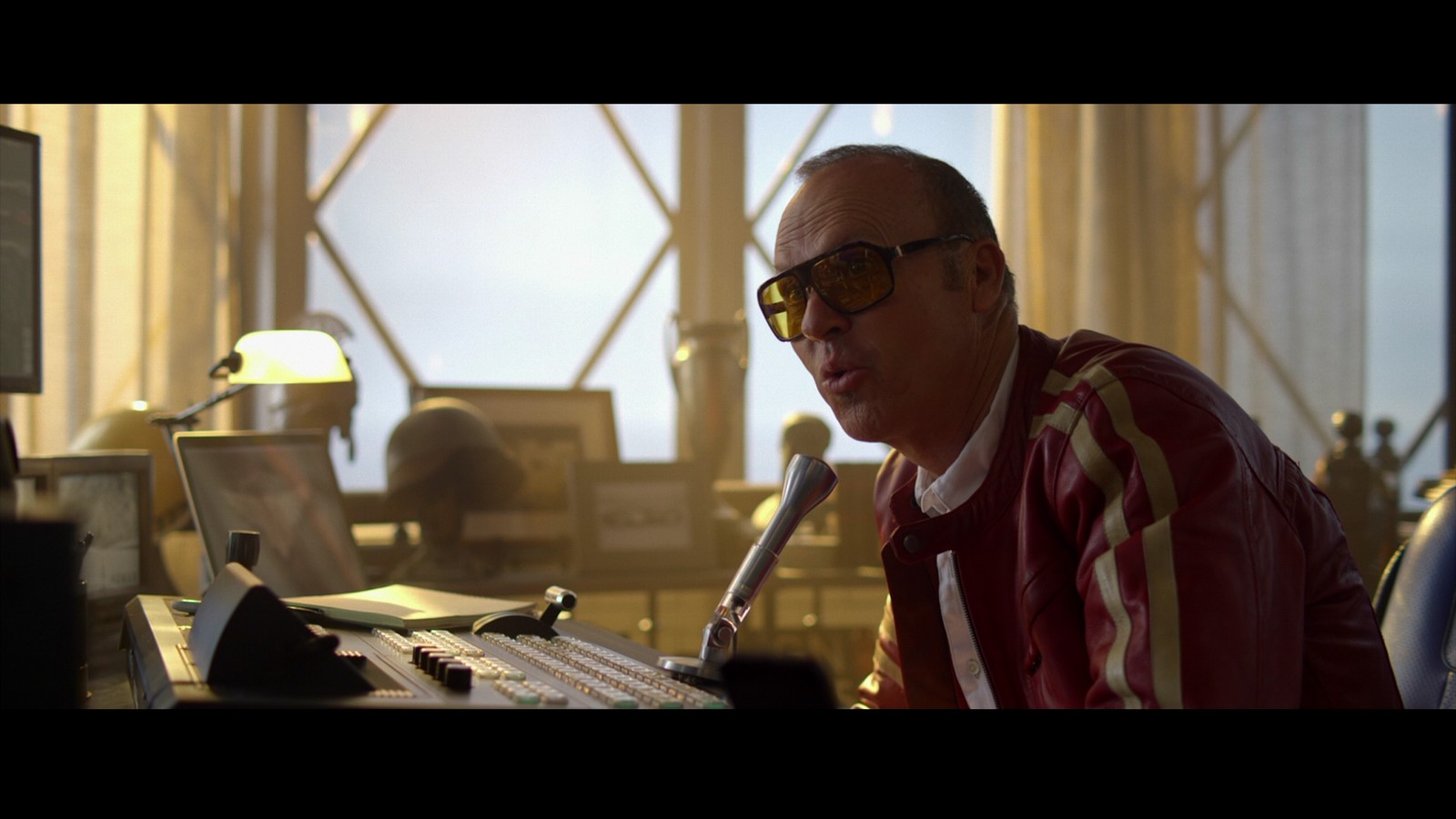 Michael Keaton is the uncelebrated star of the show; a retired street-racer known as Monarch who now organizes these ultimate street races where the winner claims the “pinks” of all the other cars that lose.   Keaton’s snippets, rants, and tirades are often pure genius, even though he does nothing more than perform to a mic and camera as he broadcasts a pirate podcast to remind viewers what is going on and later serving as the commentator for the big race at the end of the film.  But even before we get to that race there is so much more taking place.

We have Tobey Marshall (Aaron Paul) who runs a performance car shop in New York with the help of a great ensemble cast of talent including; Pete Coleman (Harrison Gilbertson), Benny (Scott Mescudi), Joe Peck (Ramón Rodríguez) and Finn (Rami Malek).  The garage is in financial distress so Tobey is competing in local street races to earn cash to keep the business afloat, but his big break comes when Dino (Dominic Cooper) one of his old rivals from the past comes to him with the rare opportunity to help him restore a one-of-a-kind Ford Shelby Mustang.    Tobey takes the job and builds an amazing car that sells for millions, but then he foolishly gambles those winnings on a private race with Dino and Pete.   About to lose the race, Dino decides to play dirty and triggers a crash that kills Pete.  Left holding the bag, Tobey serves two years for manslaughter while Dino skips off to California to surround himself with exotic cars. 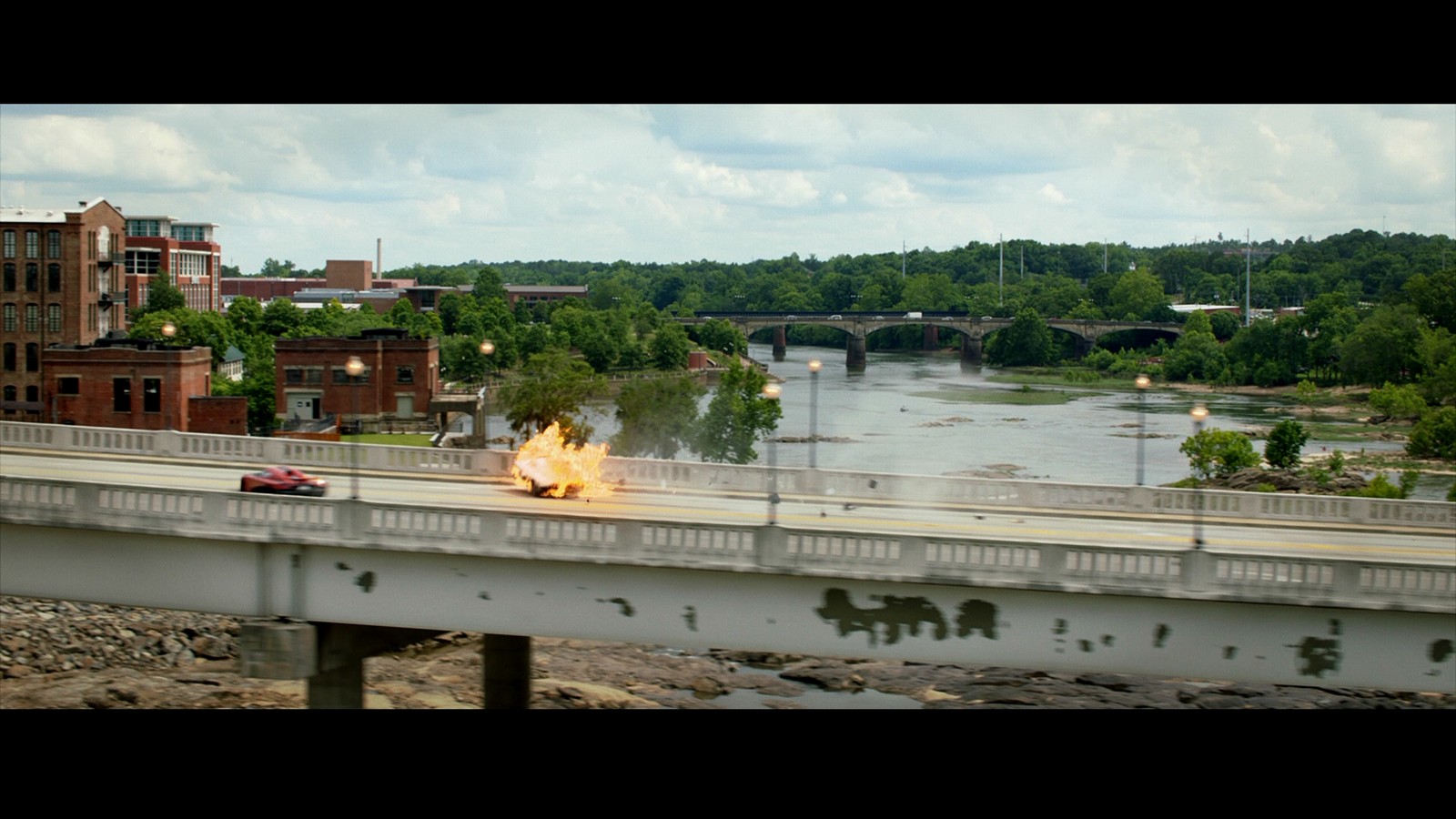 Skip ahead two years and Tobey is ready for revenge and justice.  Working with his team they concoct a plan to get Monarch to invite them into his big race where he can confront Dino and somehow gather enough evidence to show he was responsible for the crash that killed Pete.  But he is going to need a car, so he calls upon the buyer of the Shelby he built earlier, and it is promptly delivered to him by the intriguingly cute and charming British car dealer, Julia (Imogene Poots).  The only catch…she comes with the car.  Thus begins the second act of the film that is basically Road Trip meets Cannonball Run, as Tobey only has 45 hours to get from New York to some undisclosed location on the West Coast.   Interestingly enough, I consulted MapQuest and the default route from NYC to San Francisco is 44h:51m but when you throw in a stop in Detroit so Tobey can pick up one of his team, that bumps the time to 46h:40m not including pit stops.    Thankfully, Tobey has a super-fast Mustang as well as aerial support from Benny who can watch for cops, and a mobile pit crew that can refuel the car without even having to pull over.

Considering the amount of police presence in games like Hot Pursuit and Most wanted I was really surprised how little the police played a part in the film.  In the opening street race the racers literally tear through town, weaving through traffic and even smashing a homeless man’s cart with nary a flashing light or siren.  Somehow Tobey makes it across the entire country with only two significant police encounters, one of which is over before it ever gets started.   The police arrive in full force for the finale of the film, but Tobey’s only real obstacle comes when Dino puts a bounty on his head, offering up his prize Lamborghini to anyone who can keep him from reaching California. 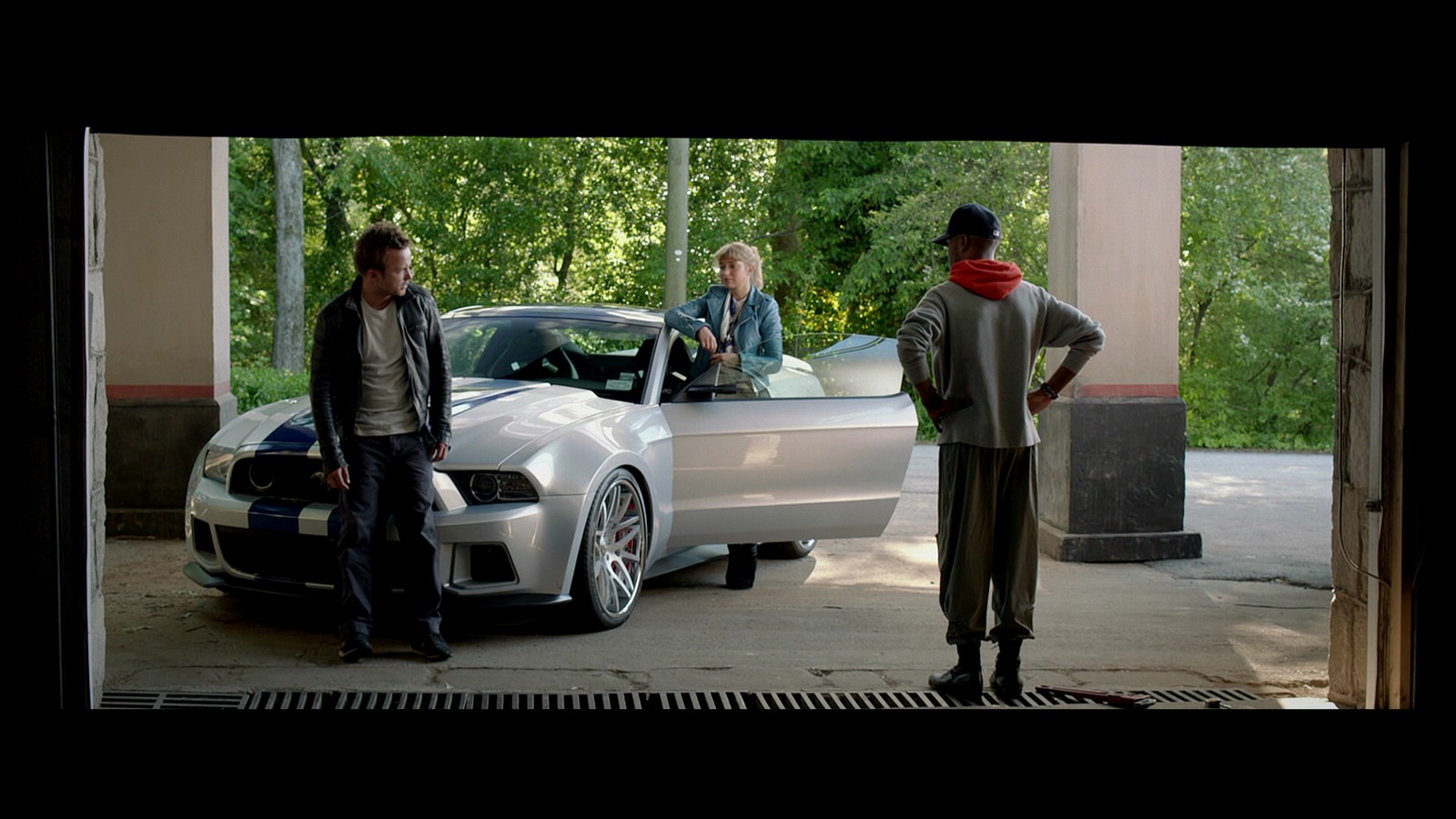 While the plot is admittedly paper-thin it was actually more than I was expecting.  The chemistry of the cast was surprisingly good; not just Tobey and his team but the entire evolution of the romance between him and Julia during their cross-country adventure.   Dominic seems almost too comfortable in his dark and brooding roll as the playboy villain, but that just makes him that much easier to dislike.  But let’s face it…most of us aren’t here for the human cast or their story.  We want to see impossibly cool cars that we might never see in real life driving at blurring speeds.

Director Scott Waugh, who was also a former stuntman from a long family line of stuntmen made the promise to Steven Spielberg from the very beginning that everything in this movie was going to be real, and he stuck to that mandate bringing some of the most intense and exciting driving and car-related stunts to the screen – stuff we haven’t seen since the days when Hal Needam was putting out classic car movies like Smokey and the Bandit, Hooper, and Cannonball Run.   It’s so easy these days to rely on CG for face replacement or even recreating entire stunts, but every car and stunt in Need for Speed is real, and you might be surprised just how much Aaron Paul was actually behind the wheel.

Need for Speed looks amazing on Blu-ray with a vibrant display of bright colors, gleaming cars, stunning landscapes, and perfect contrast, black levels, and immaculate texture details.  The camera work is perfection with none of those rapid-cuts or excessive slow-motion shots.  They make great use of a helmet cam to quite literally put the viewer in the driver seat on more than one occasion, and special car rigs were created to film the road trip conversations between Aaron and Imogene without having to resort to clunky studio green screen shots. 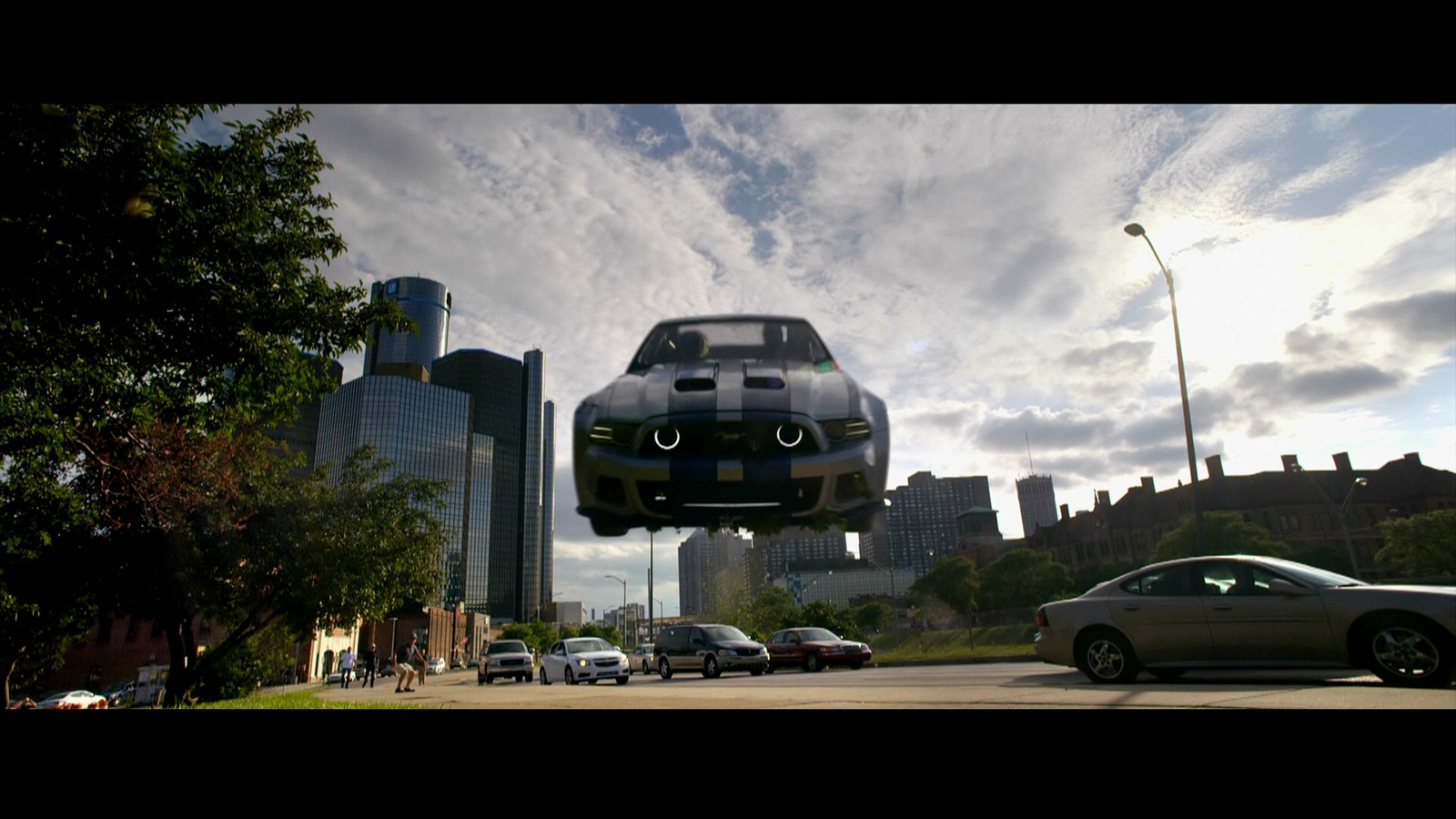 Even more impressive is the powerful DTS-HD MA 7.1 that will have your sub-woofer (and perhaps your entire living room) trembling in tune with the RPM’s of these high-performance supercars.  The throaty roar of the Shelby is an unforgettable sound.  All channels are put to expert use to surround you in the racing events, with whip pans and Doppler whines.   The score was written and recorded in 5.1, so even the music envelopes the viewer in a way that I haven’t experienced until now, while all of the dialogue is perfectly prioritized for the front and center channels.

Need for Speed has more extras than you could fit into the backseat…assuming these cars even had a backseat.   A feature-length Audio Commentary with Scott Waugh and Aaron Paul provides some entertaining and educational insight into both their Hollywood backgrounds as well as the creation of this movie.   Capturing Speed: Making an Authentic Car Movie is a 10 minute look at how the filmmakers created new ways to film the cars and stunts without resorting to CG, while Ties that Bind is a 12 minute exploration of Waugh’s family tree with roots that go back to the 1930s and three generations of stuntmen who came together for this film.  The Circus is in Town is an 11 minute look at the various locations around the country used to provide the stunning vistas and city venues for the racing action.  The Sound of Need for Speed has composer, Nathan Furst spending 9 minutes discussing the creation of the score while sound mixers Scott Millan and Greg Russell talk and demonstrate how they captured a variety of cars doing a variety of things in 7.1 surround.  There are four Deleted Scenes, each with a brief intro by Waugh and some hilarious scenes with Michael Keaton and Scott Mescudi in Monarch & Maverick Outtakes, and finally a trailer for the Need for Speed Rivals videogame.    There is also a code for a digital copy of the movie that looks amazing on my iPad – something you can watch on your next cross-country road trip…assuming you aren’t driving of course.

Need for Speed is a fun movie that is light on story but strong where it counts – awesome cars…REAL cars, and great stunts all set against some breathtaking scenery.  This Blu-ray presentation is as close to reference material as you can get, and you can easily use this disc to showcase your latest TV or sound system thanks to a pristine video transfer and one of the most powerful DTS 7.1 mixes of any movie in my collection.   Fans of fast cars are going to enjoy Need for Speed, and fans of the game are going to love it. 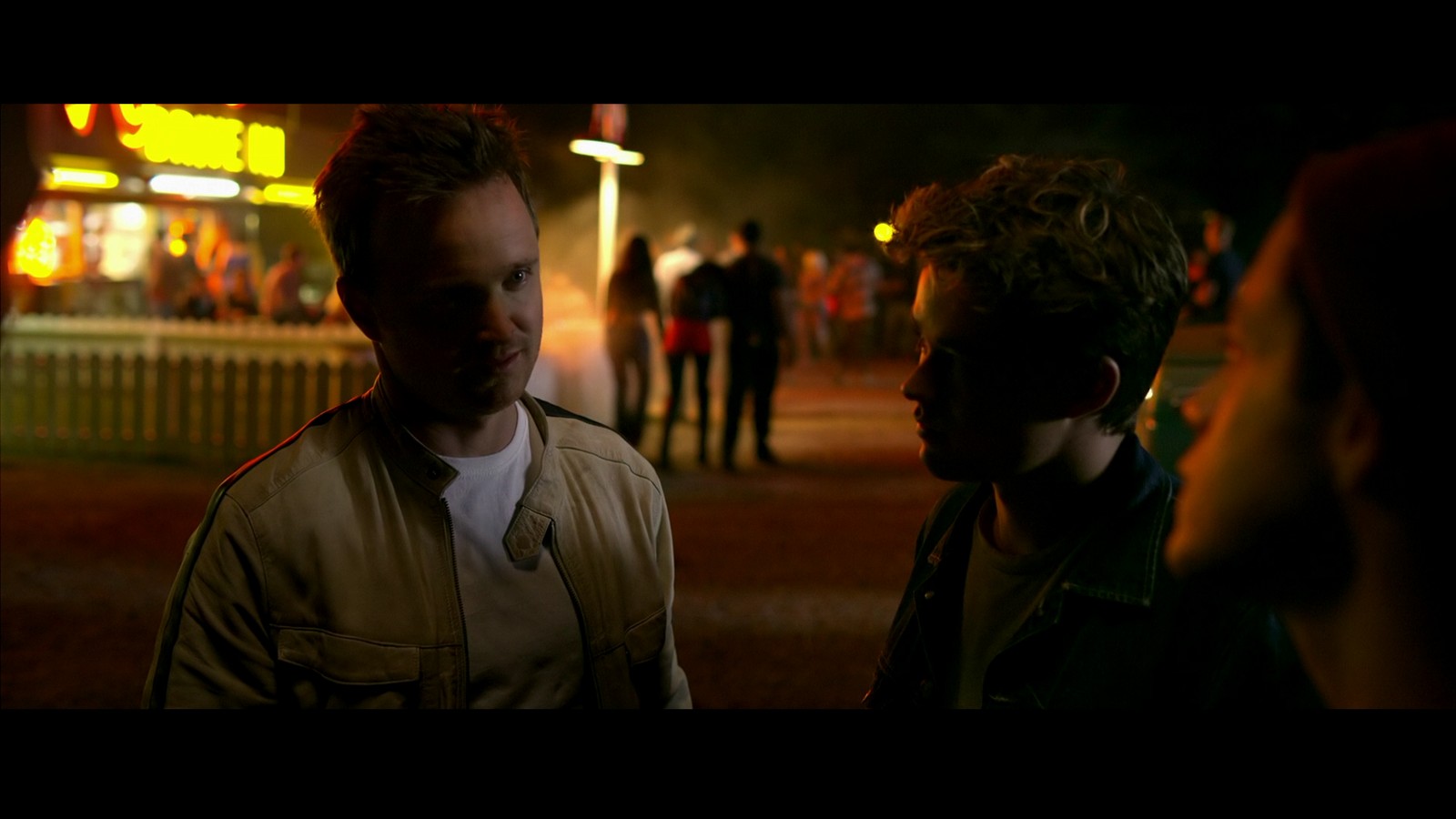 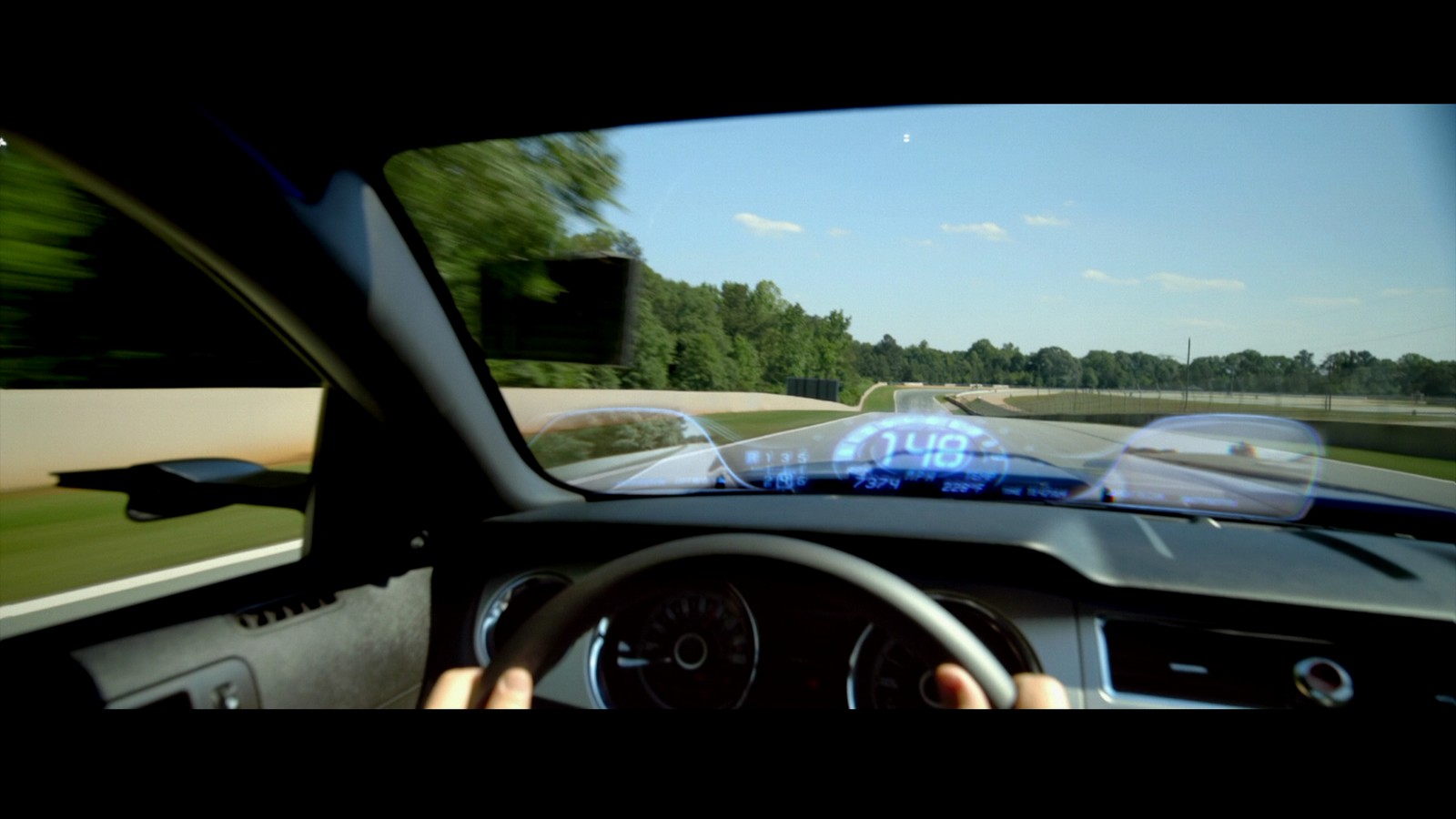 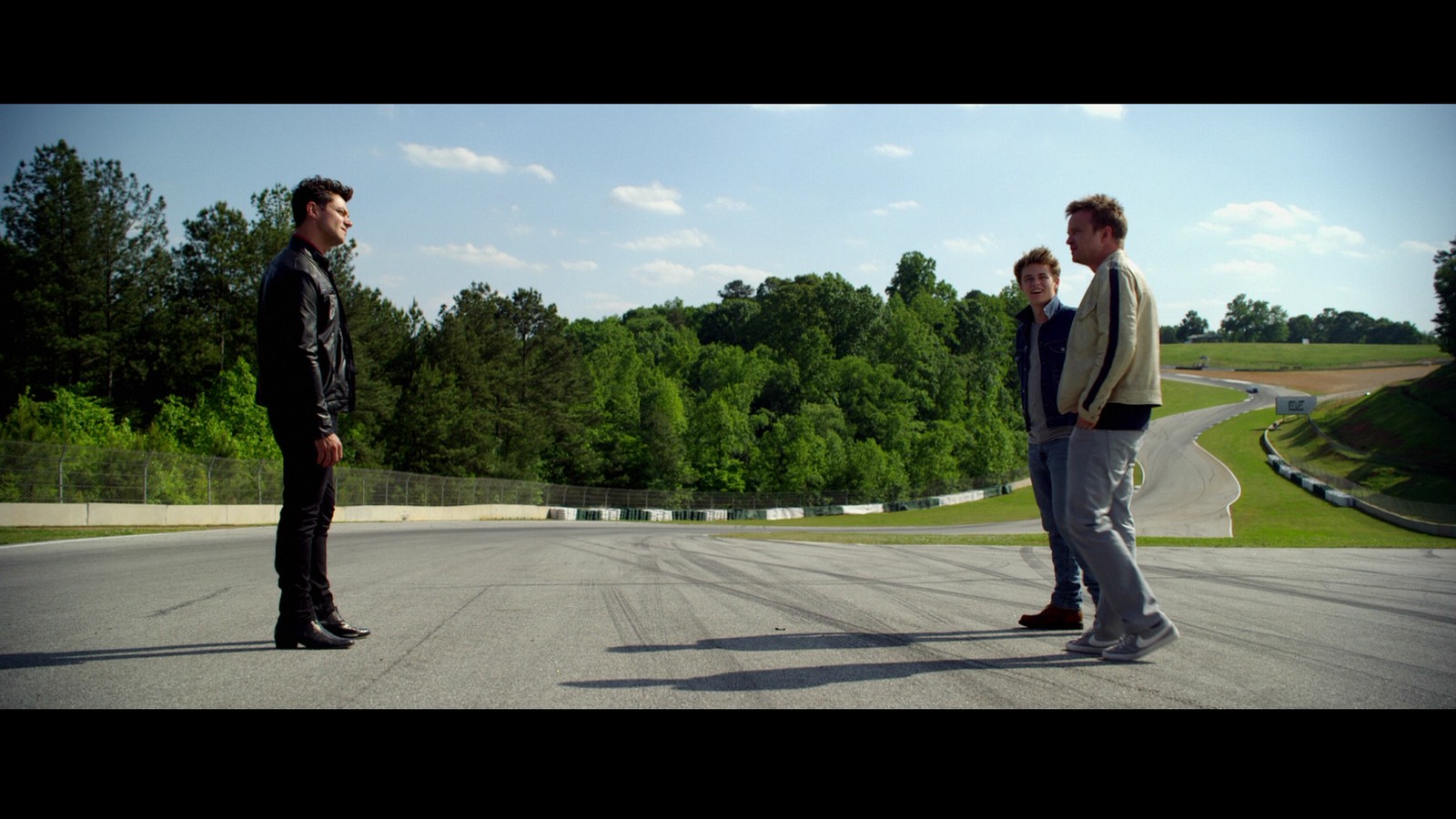 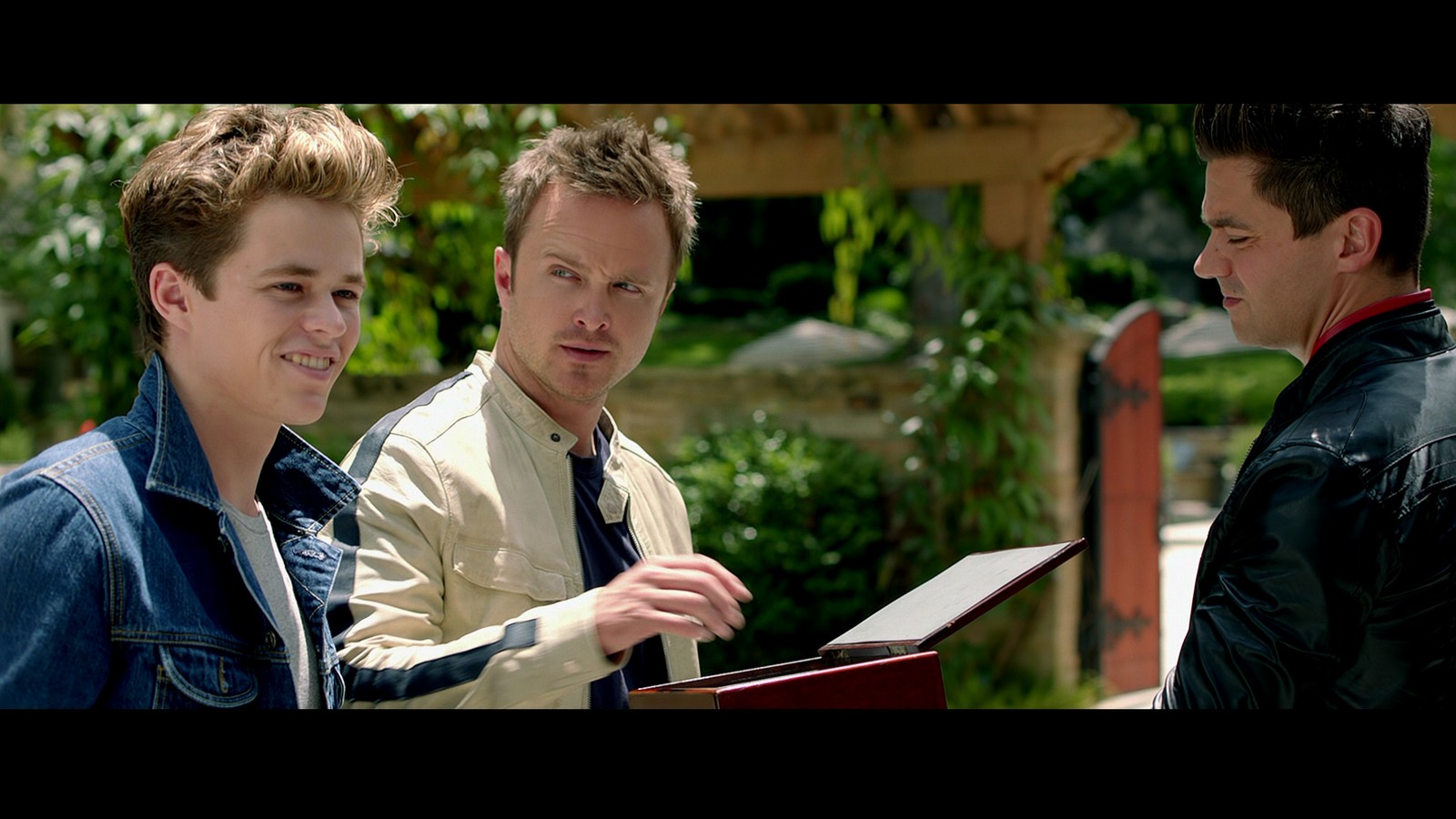 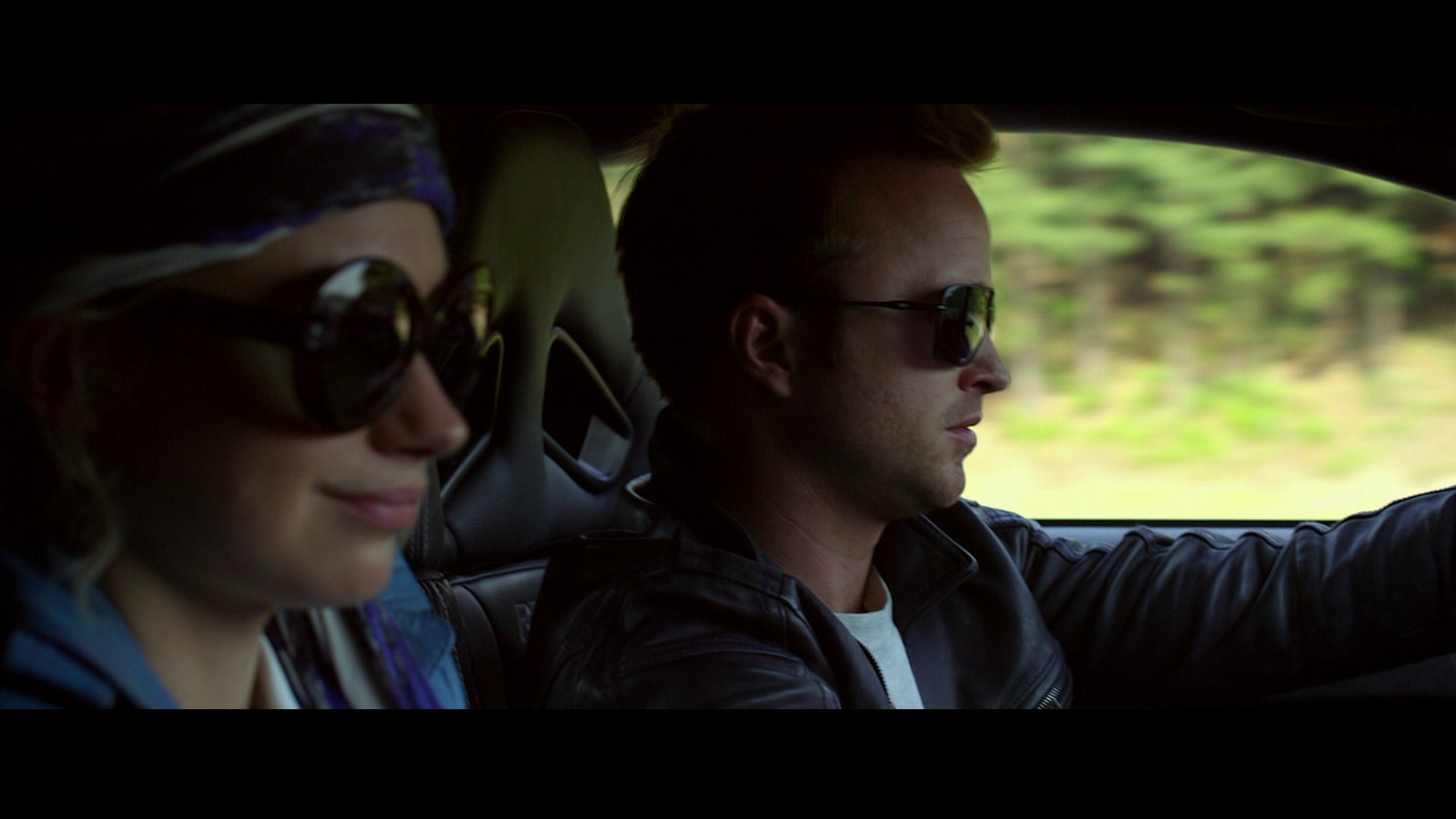 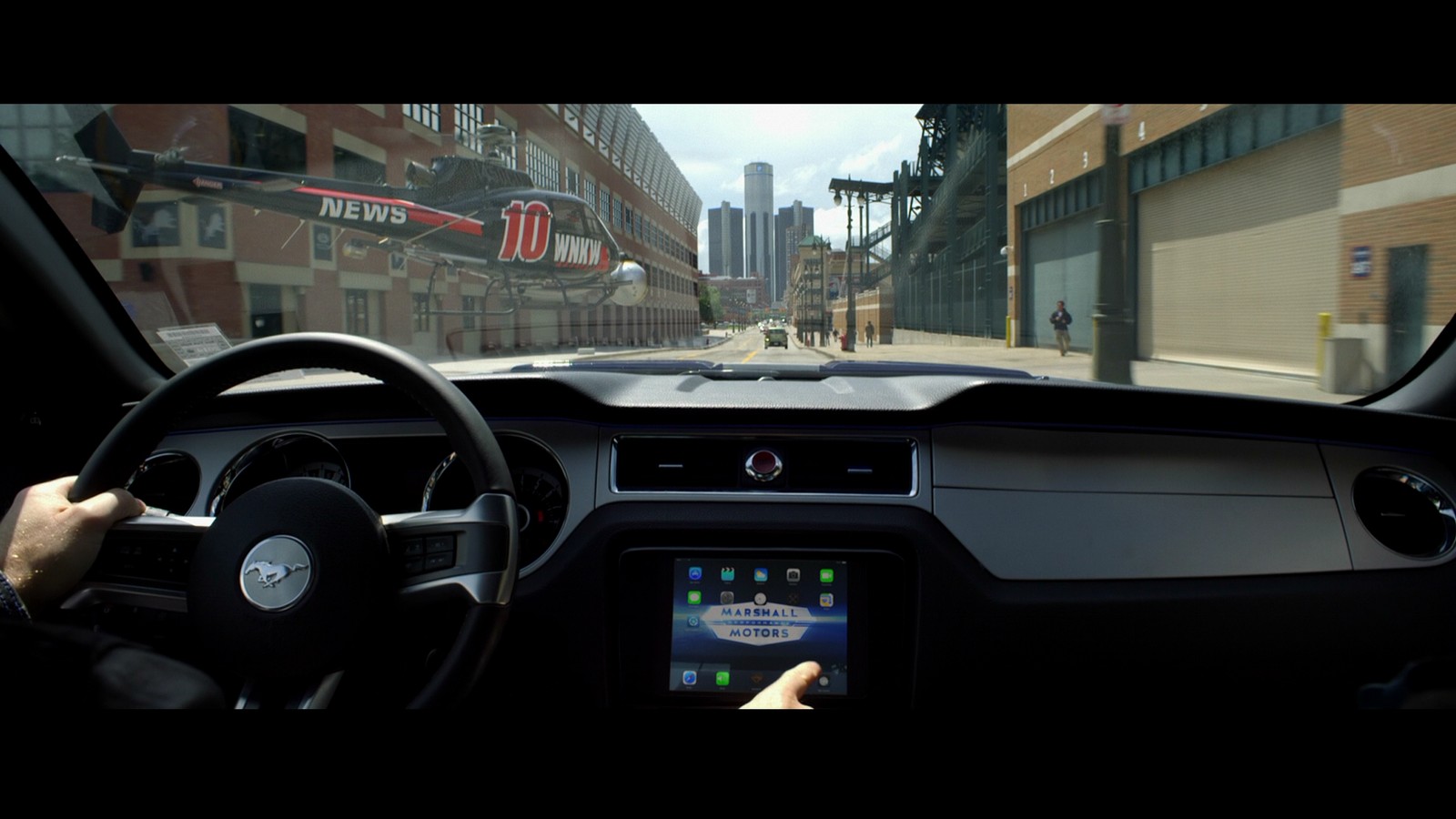 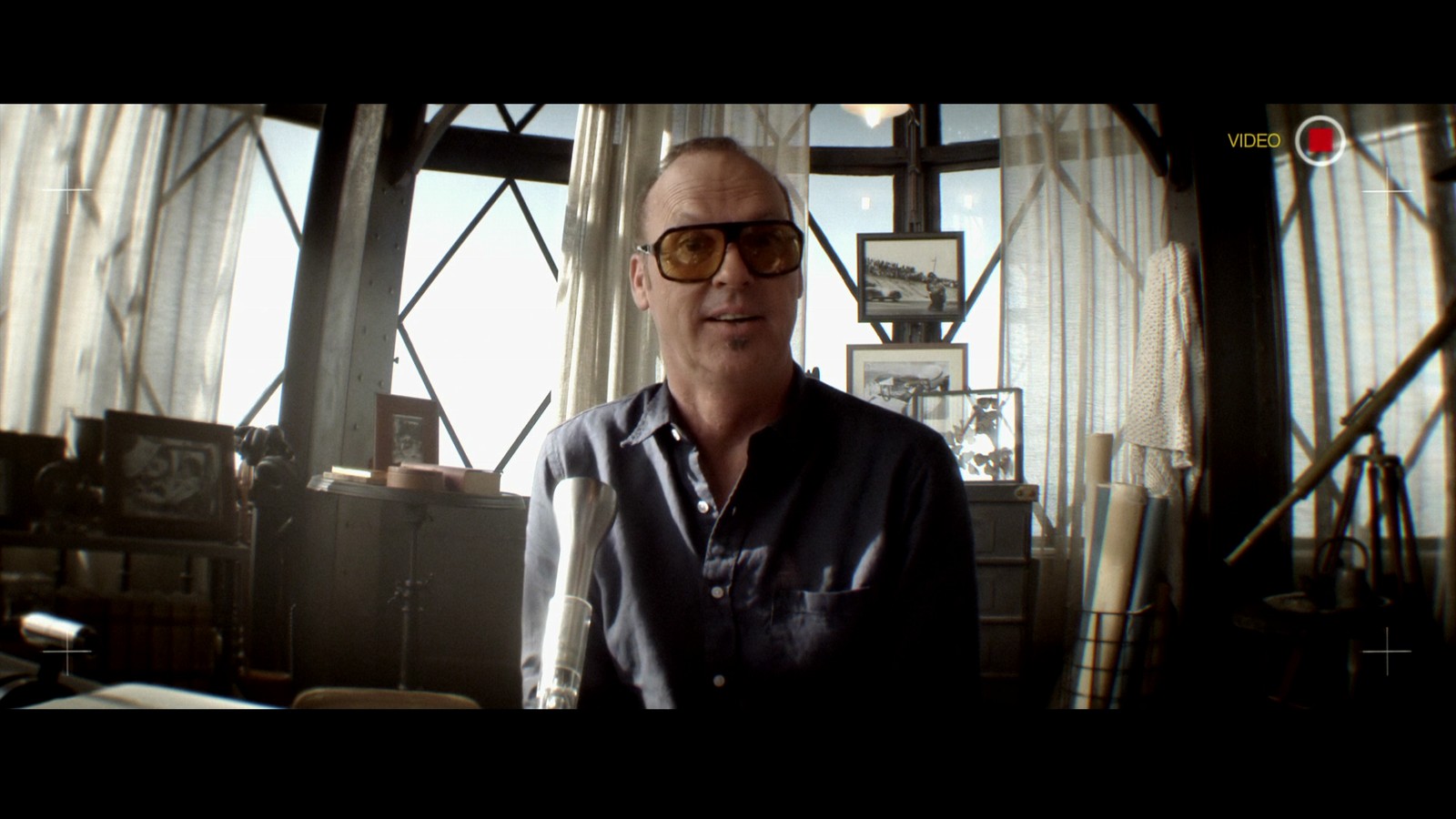 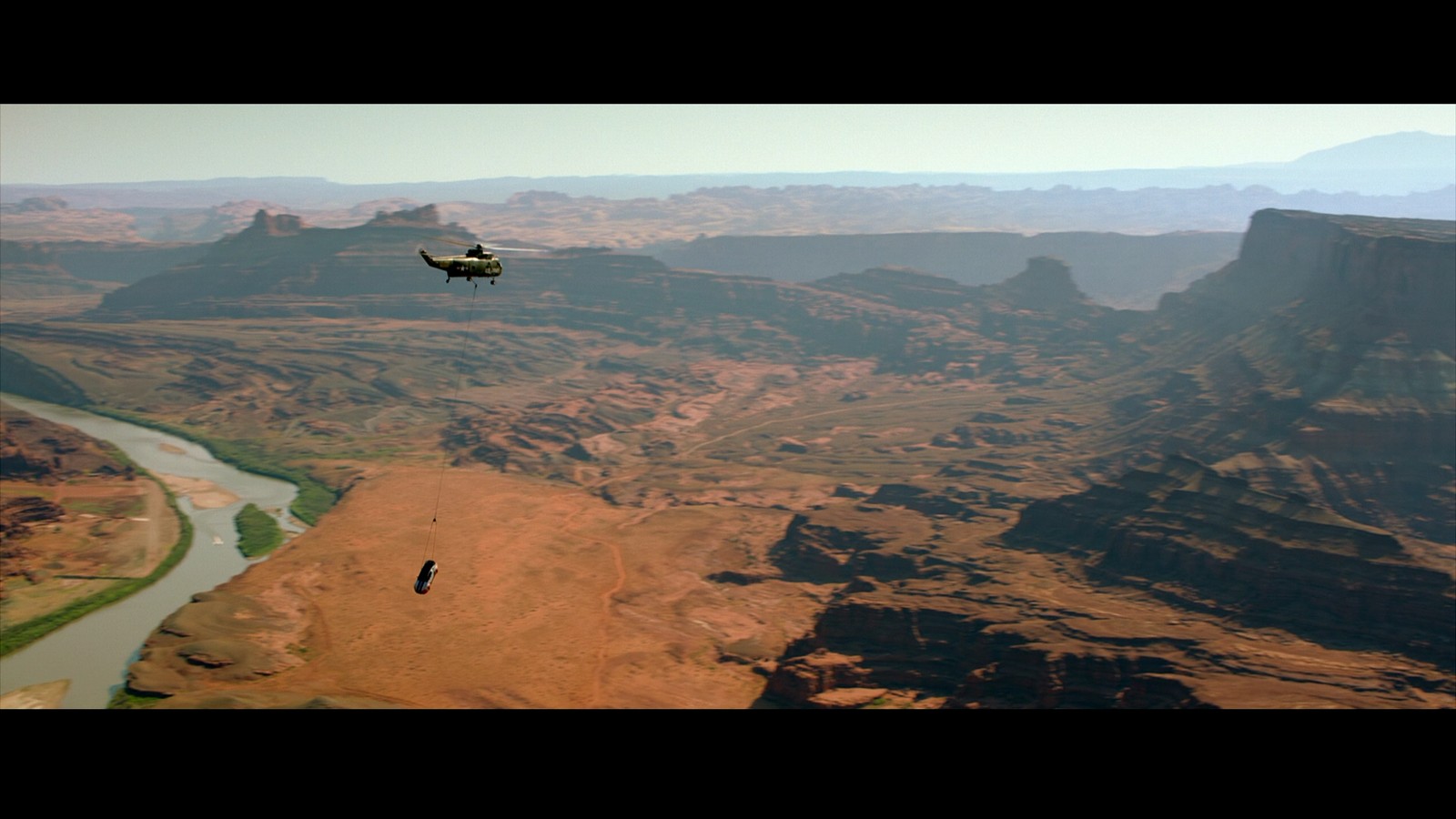 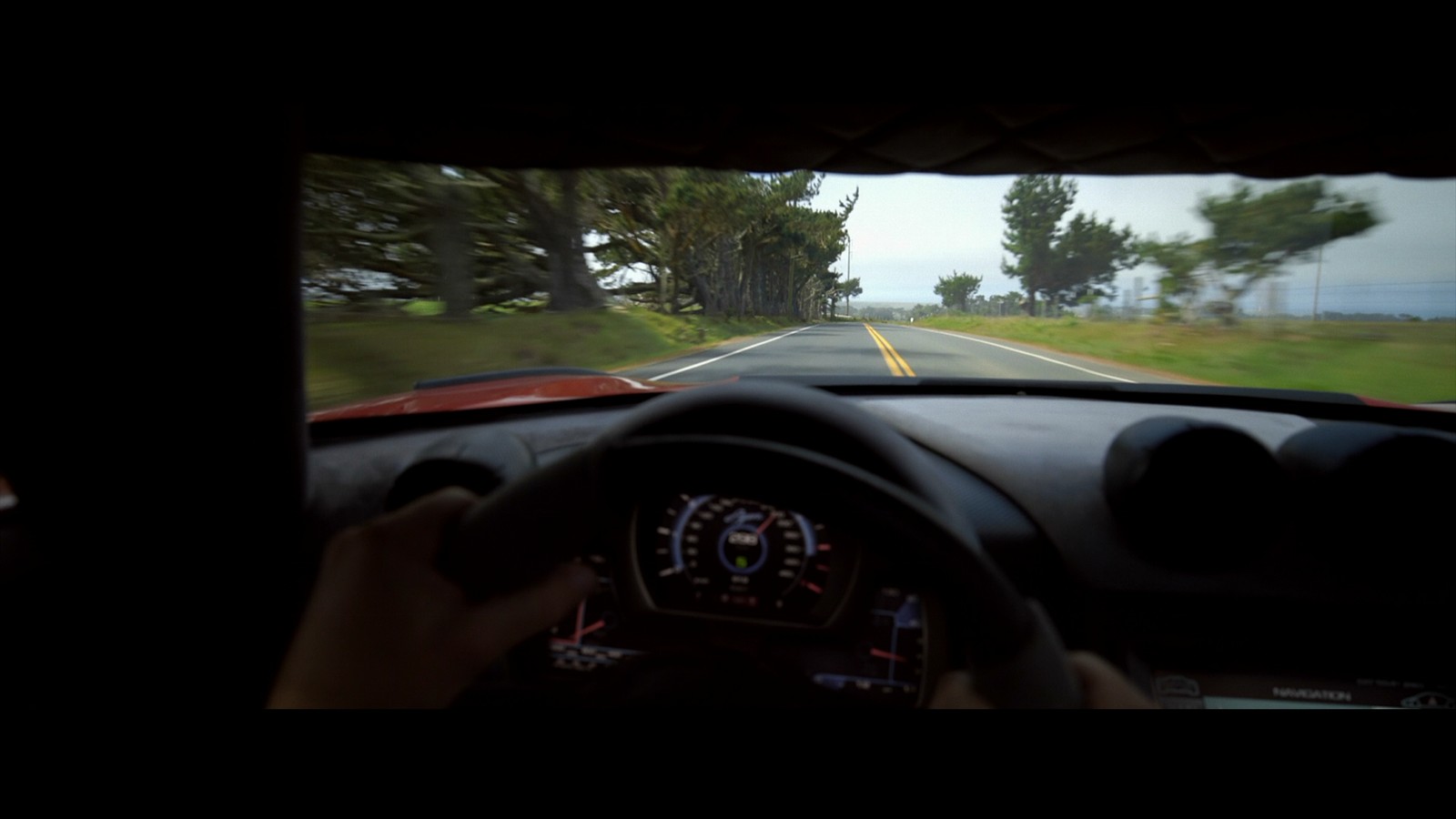 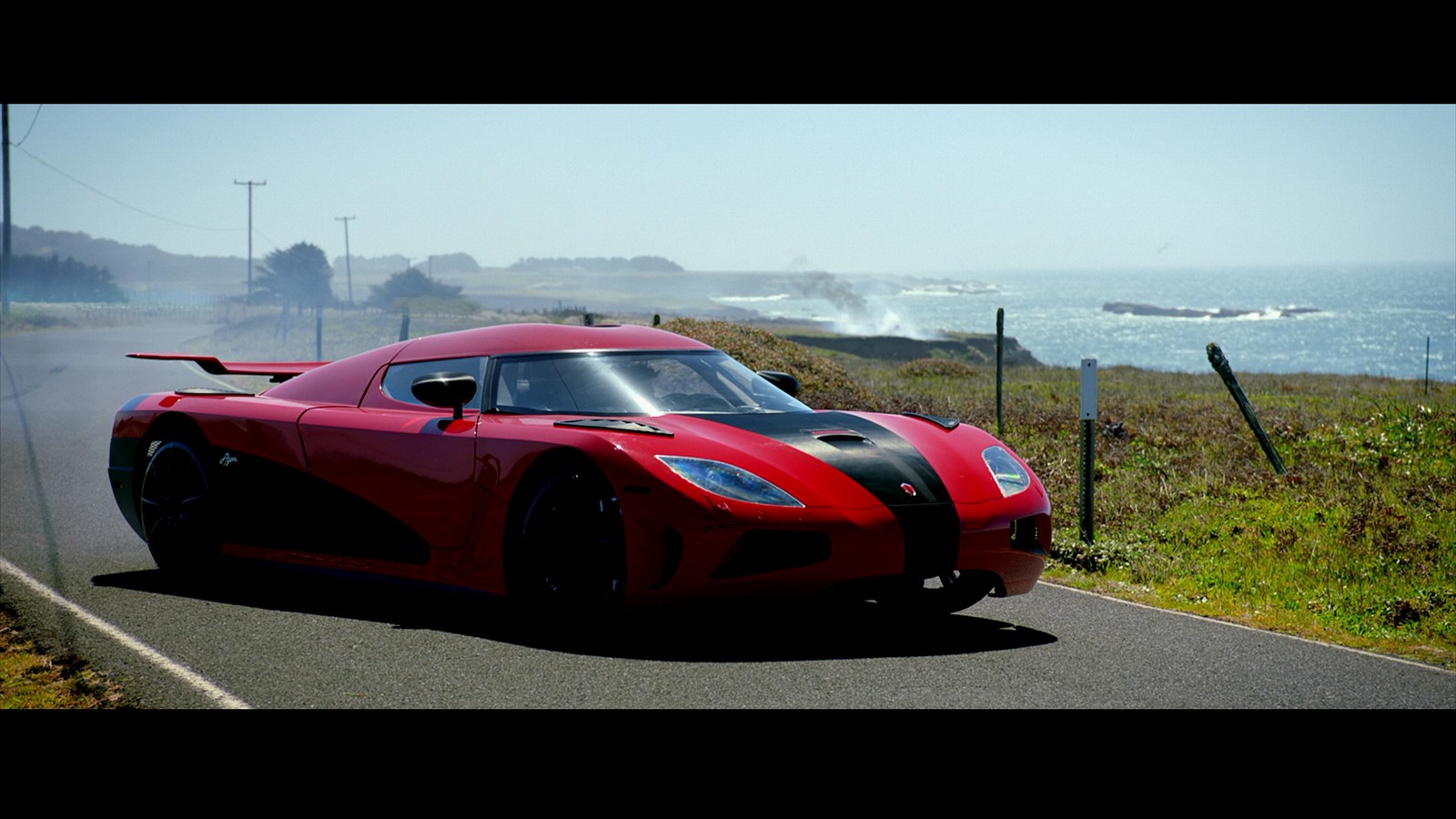 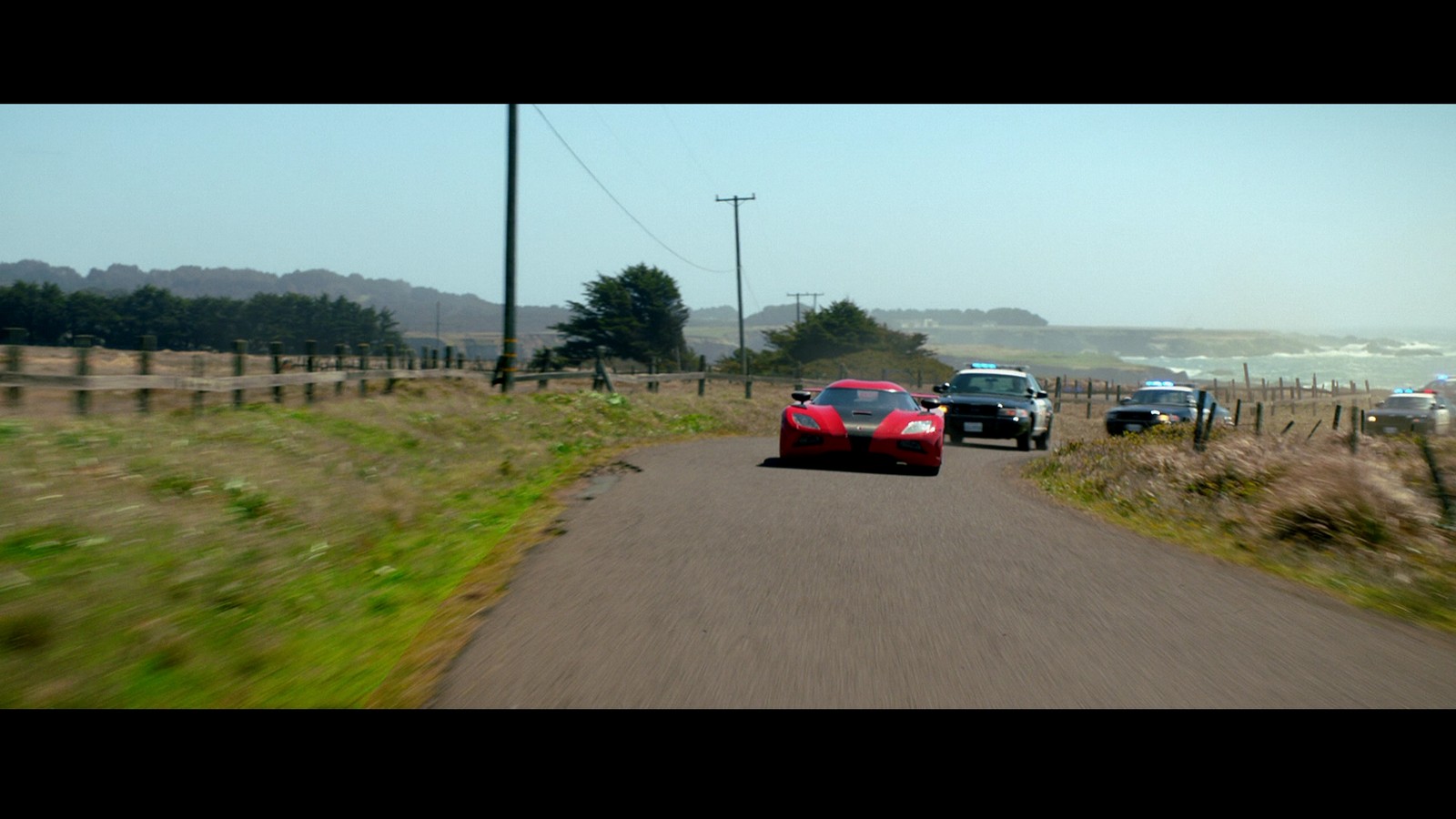 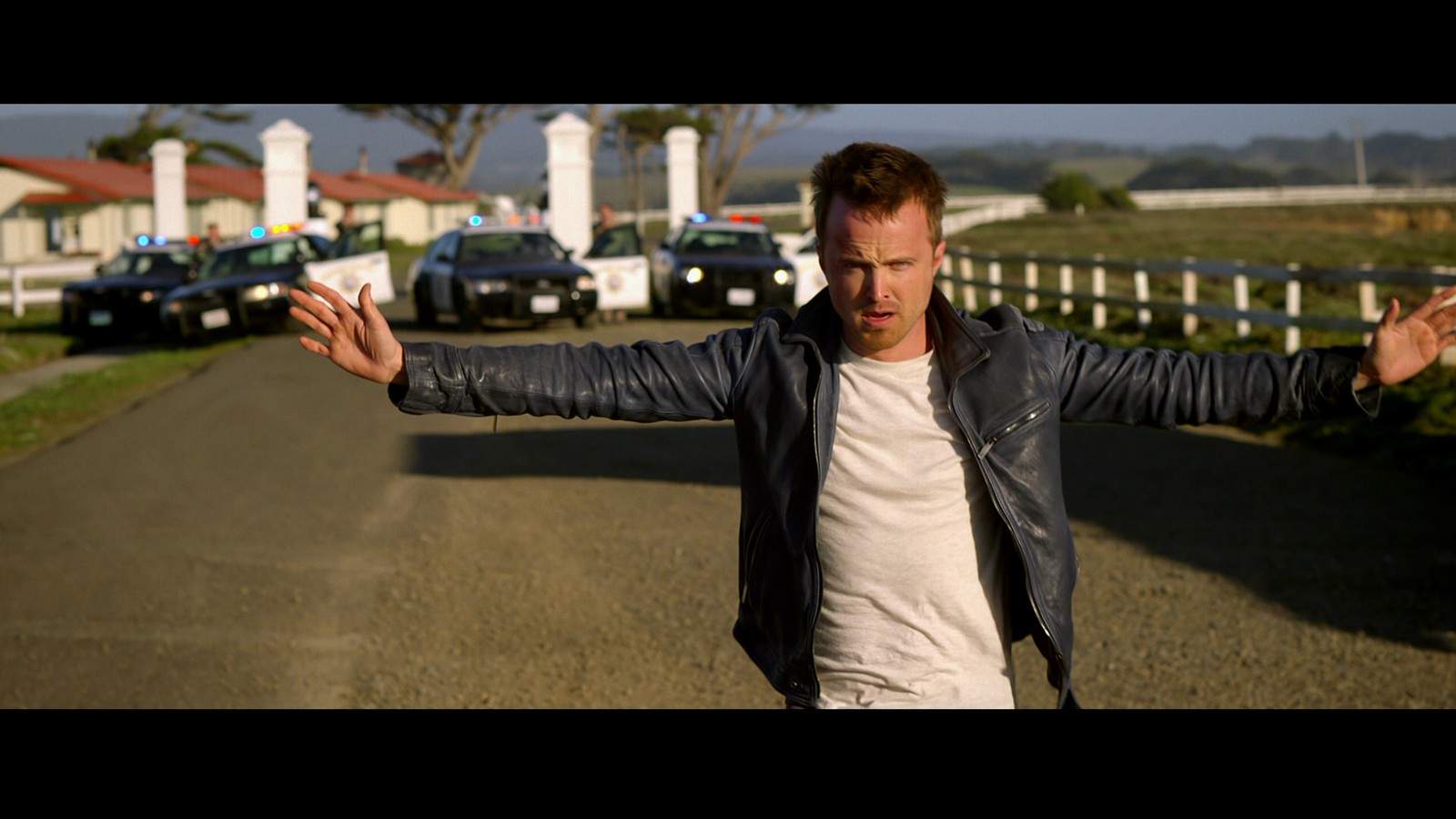 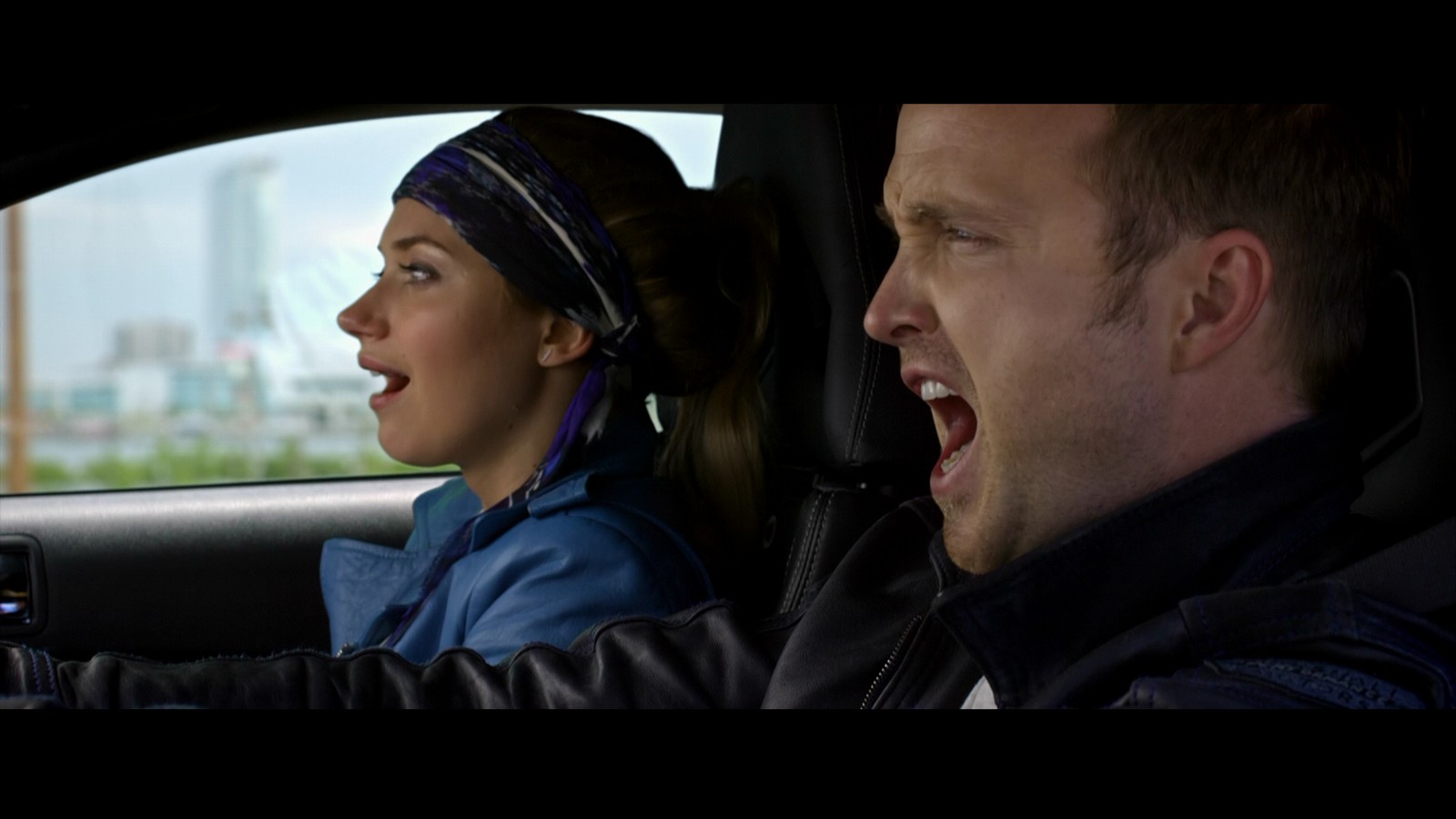 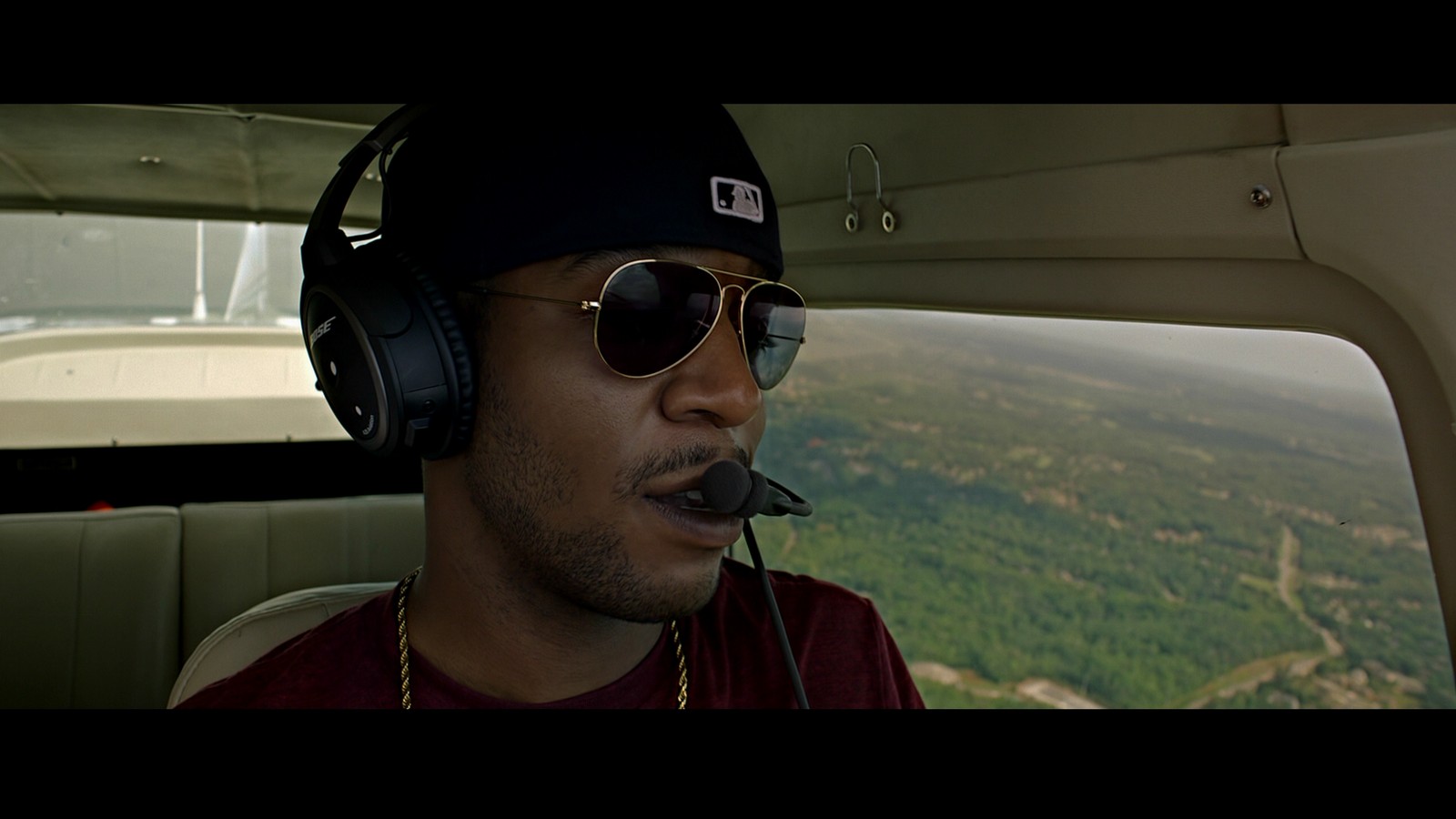 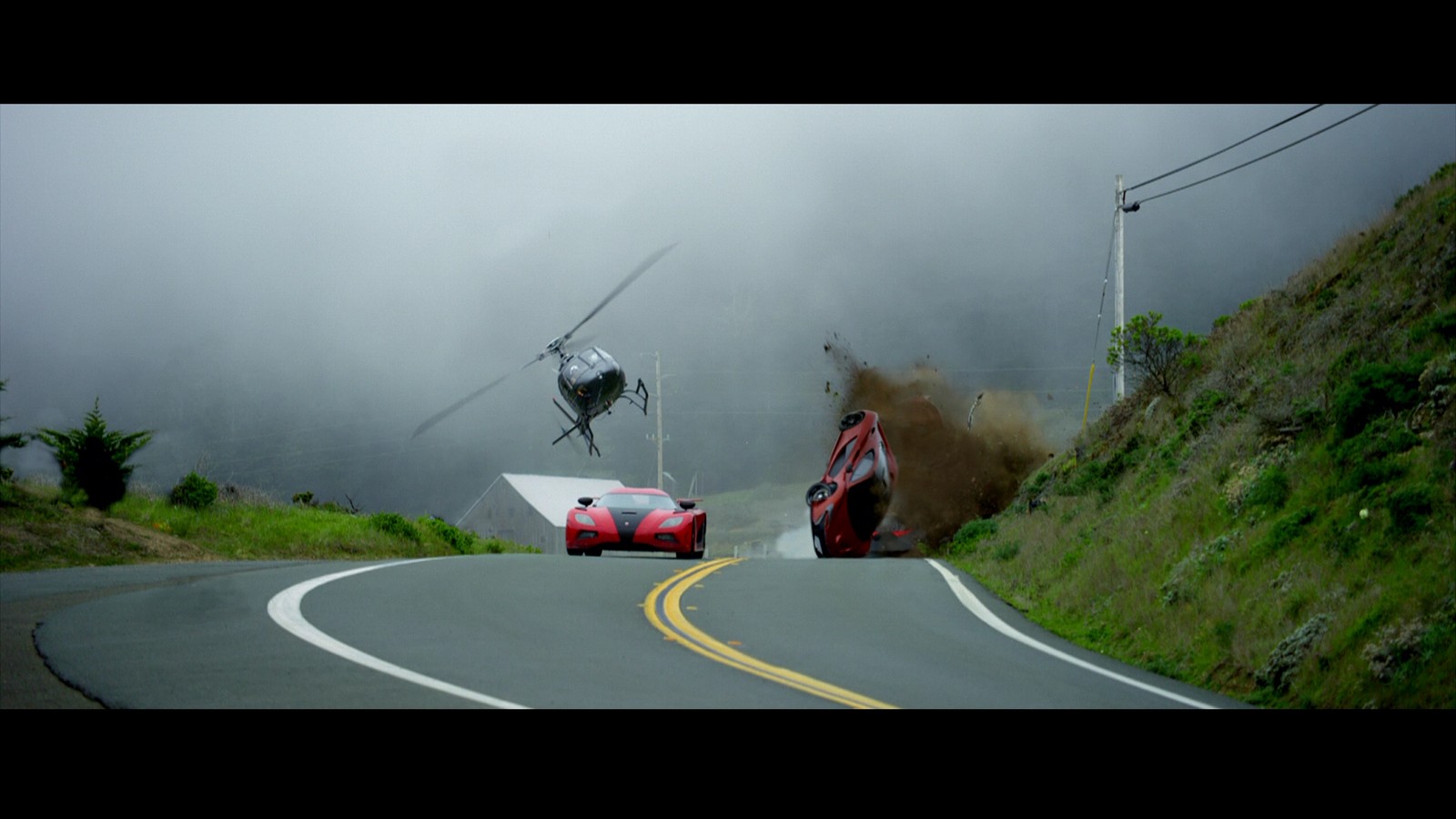 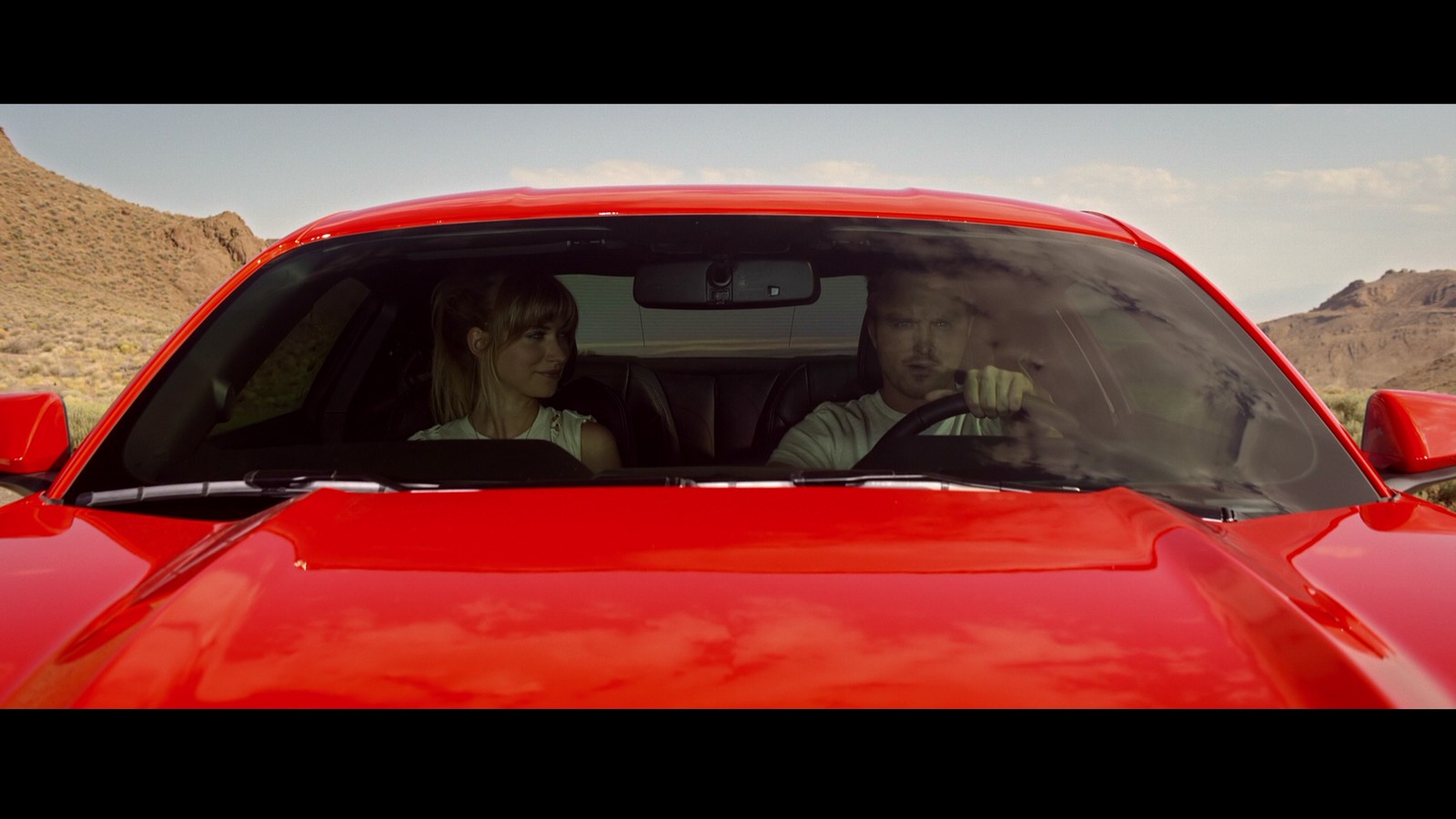