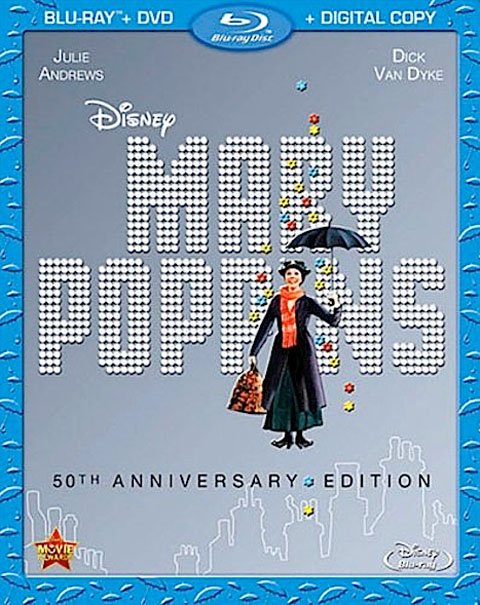 Lack of any real story, extended opening sequence with no children or "fun" stuff going on can potentially lose younger audiences

When there is nothing to say I just say "Supercalifragilisticexpialidocious"

I’ll be turning 50 just six month ahead of Mary Poppins, which is both scary (at a personal level) and a somewhat interesting coincidence when it comes to celebrating anniversaries.    Interestingly enough, I somehow have never managed to see this movie in theaters or any of its previously released versions on VHS or DVD, yet somehow as I sat there watching this movie for the first time many of the lyrics to several of the songs were oddly familiar to me.  I can only assume that, much like any great soundtrack, the music has evolved beyond the confines of its host film and I have heard it somewhere else in my life.

Perhaps even more interesting than the story of Mary Poppins – because frankly, there is no story in Mary Poppins – is the trouble tale of how the film was made; a story that is coming to theaters next week in Saving Mr. Banks, starring Tom Hanks as Walt Disney, and Emma Thompson as author P.L. Travers, the lady who resisted giving up the film rights to Mary Poppins for more than 20 years.  More on that in the bonus features.

For the most part, Disney movies are timeless and hold up well over the years, appealing to a fresh crop of toddlers and even teens, but as I sat there watching Mary Poppins I couldn’t figure out who this movie was trying to target.  The first 15 minutes was nothing but adults using flowery language of the time singing about a hard day’s work or women’s suffrage.   Even 50 years ago I could see kids “checking out” of the story, and with today’s attention-challenged youth I’m guessing most kids will be fidgeting with their phones, tablets, or portable game systems or just giving up entirely before Jane (Karen Dotrice) and Michael Banks (Matthew Garber) even make their first appearance on screen. 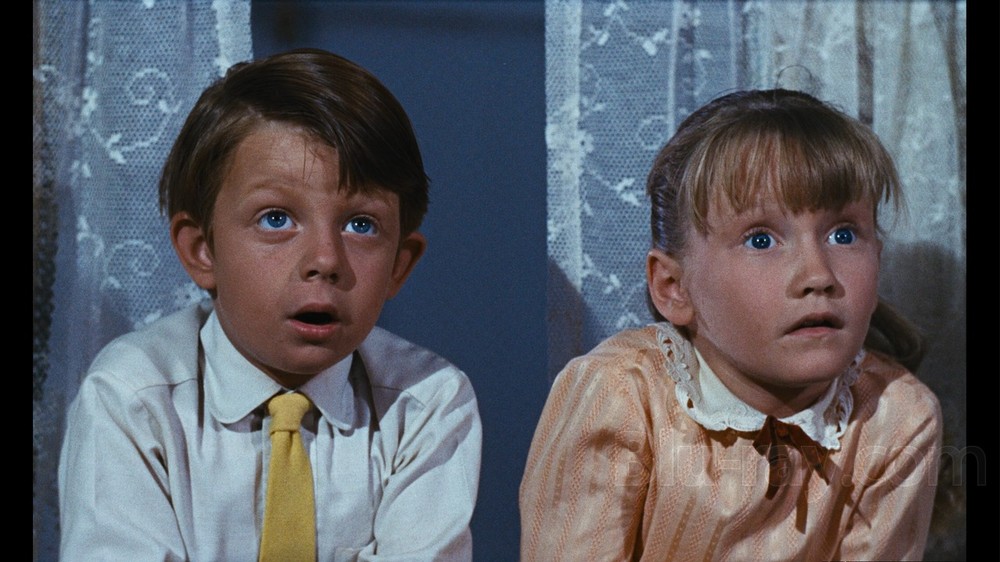 Mary Poppins doesn’t really have or even try to tell a story, which can further alienate viewers, both young and old.  The writers did try to insert a thread of a plot dealing with parents appreciating their kids and the limited time they have with them, but I put forth that Harry Chapin’s classic Cats in the Cradle song does just as good a job in a fraction of the 139 minutes it takes Mary Poppins.  Both the movie and the book are merely a series of situations that the children and their new nanny find themselves getting into, both in the house and on their frequent outings around town.

Several minutes into the film when the singing finally stops we find the current Banks nanny has lost the children…again…and is resigning her post leaving parents George (David Tomlinson) and his wife, Winifred Banks (Glynis Johns) scrambling to find a replacement.  They immediately set about writing a new job advertisement (in song), and then the children come downstairs with their own nanny wishlist (also in song).  Father is not amused, tears up the list and tosses it in the unlit fireplace whereupon the pieces swirl up and out of the home.  The following day a long line of prospective nannies are waiting outside the Banks’ home for an interview, but a strong wind blows them all away just as Mary Poppins (Julie Andrews) glides in on a much calmer breeze to gently land on the Banks’ doorstep.  She presents a confounded George with the reassembled list of the children and agrees to take the job on a trial basis, making it sound much more like her idea than his.

The kids quickly fall in love with Mary Poppins as she has the uncanny ability to make chores seem like play and even make their medicine taste like all their favorite flavors.  When not confined to the nursery they go on several outings that all lead to fantastic song and dance adventures; the first of which takes place inside the painting of street artist and performer, Bert (Dick Van Dyke).  This marks the first time in the film where young children might actually be entertained as it blends live action with plenty of charming animation, dancing penguin waiters, singing barnyard animals, and a magical carousel where the horses break free, rescue a fox, and even win the local derby. 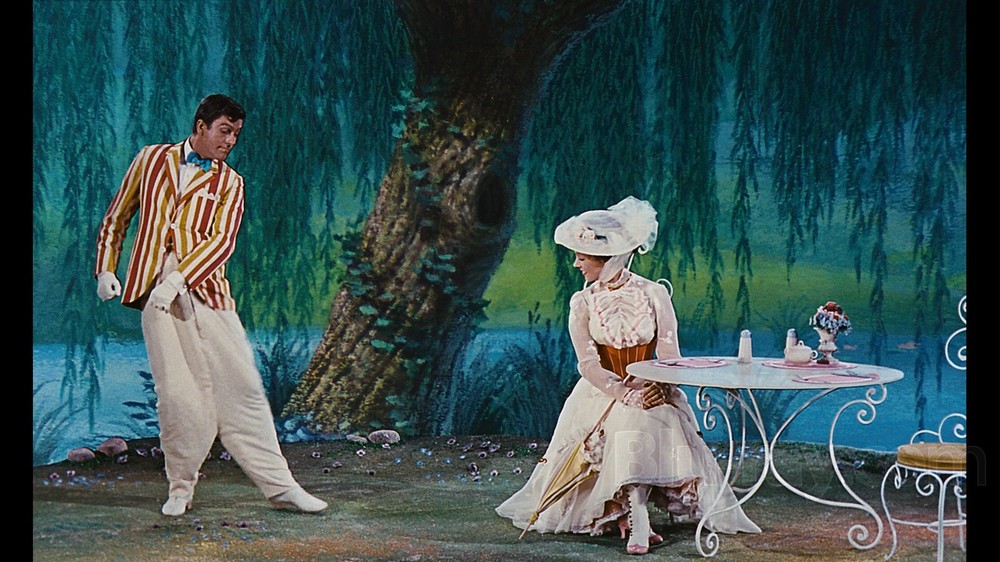 The film bookends itself with a depressing third act that all starts when George takes the children to his bank.  Michael desperately wants to feed the birds on the steps of the cathedral, especially after Mary has told him all about the bird lady in one of Walt Disney’s personally favorite songs, Feed the Birds. George refuses and insists he uses the money (a whopping four cents) to open an account at the bank.  A misunderstanding with a grabby bank manager leads to a run on the bank (the first since the Boston Tea Party), and Jane and Michael escape into the dark and scary streets of London where they come upon Bert who happens to be a chimney sweep that day.  He and Mary Poppins lead them on a rooftop song and dance adventure that is perhaps the best moment in the movie.

While incomparable to any of their newer releases, Disney has done an admirable job of remastering this 50 year old classic for its 1080p/AVC Blu-ray debut.  There is obvious grain in many of the wider exterior shots but when the camera gets close and personal the level of detail and color stacks right up there with any current live action production.  The animation is dated and the technology for blending it and live actors is far from perfect, but one can only imagine the wonder of the audience back in 1964.  It’s interesting to learn that many of the people who worked on this film moved on to other hybrid classics like Who Framed Roger Rabbit and Space Jam.

The DTS-HD MA 7.1 audio mix almost seems overkill when compared to the original Dolby 2.0 track, but the audio engineers have done an expert job of keeping the dialogue front and center while mixing in modest, yet effective use of the surround channels; the most noticeable of which would be the barrage of fireworks during the chimney sweep number. 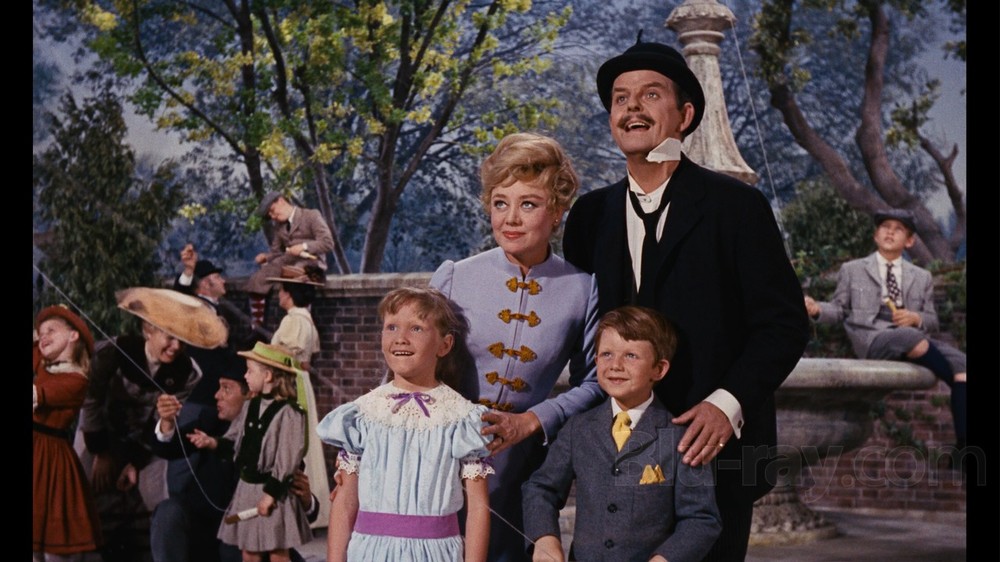 There is a respectable collection of bonus materials, most of which was previously available on the DVD release, but since I never saw that it was all new to me.  Exclusive to this new Blu-ray are two features; Becoming Mr. Sherman that goes behind the scenes of the new Saving Mr. Banks film I mentioned earlier.   In this 14-minute interview we tag along with Jason Schwartzman who sits down to reminisce with composer, Richard Sherman about creating the music for Mary Poppins.  Mary-Oke is an 8-minute feature kids can sing along with memorable favorites like; A Spoonful of Sugar, Supercalifragilisticexpialidocious, Step in Time and Chim Chim Cher-ee.

The rest of the previously released features include an Audio Commentary with composers Richard and Robert Sherman, actors Julie Andrews, Dick Van Dyke and Karen Dotrice.  It’s a fantastic commentary, especially the bits with Julie and Dick, although there are a few distracting composition moments since this commentary was compiled from three separate recordings.   Disney on Broadway is a lengthy 55-minute feature that includes both a 48-minute look at how the film was turned into a live Broadway production, as well as a 7-minute Step in Time feature with composer George Stiles.  Backstage Disney offers up nearly two more hours of features including the 51-minute documentary, The Making of Mary Poppins.  You can check out the world premiere as well as fun features dealing with make-up, special effects, and original trailers and TV spots.  Music & More contains four separate features including a fantastic reunion with Julie Andrews, Dick Van Dyke and Richard Sherman, a deleted song, and a movie sing-along track.  Tacked onto the end of the bonus collection is the 10-minute short, The Cat that Looked at a King, presented as one of Bert’s chalk drawings.

Mary Poppins is a tough film to review and an even tougher one to recommend.  Parents and grandparents will certainly be able to relive some fantastic memories, but as for how much your kids are going to enjoy a musical from the 60’s; that’s up to you to know and decide.   There are some unmistakably charming moments and memorable songs found within, but the lack of story, slow start, and awkward pacing might have many kids craving other more conventional Disney offerings this holiday season.   Disney collectors and fans of musicals will certainly appreciate the level of technical achievement in this HD restoration, but it might take more than one spoonful of sugar to make this movie go down. 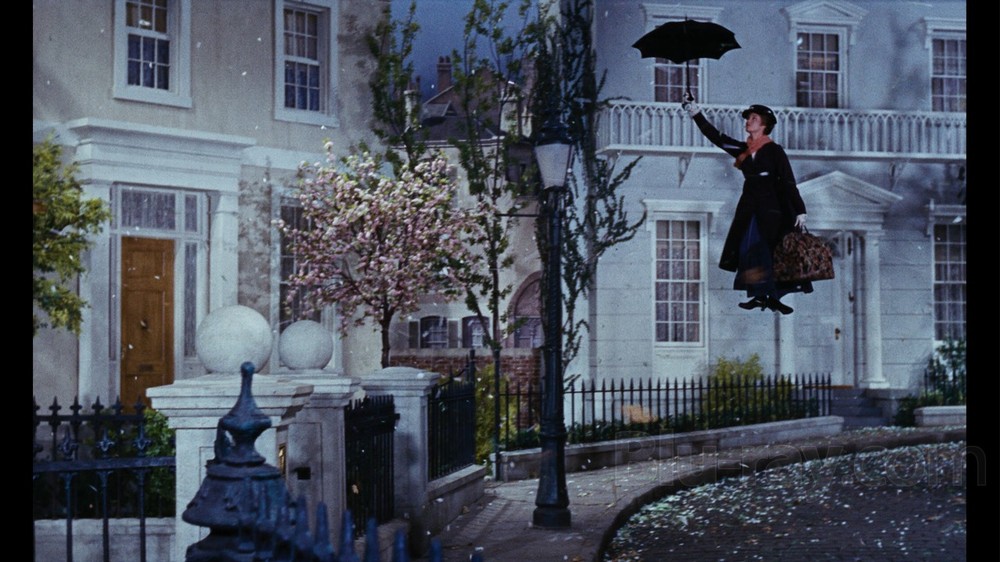 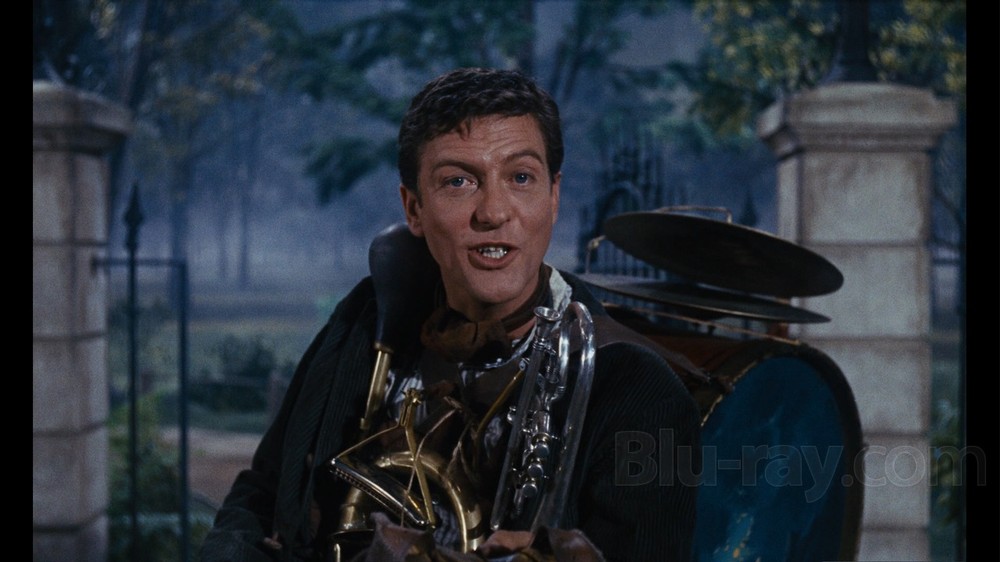 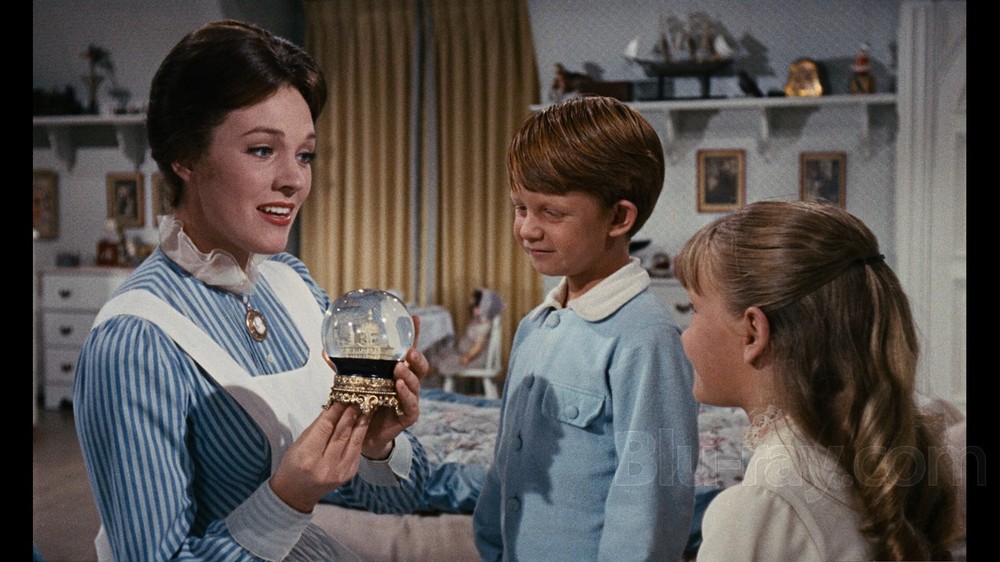 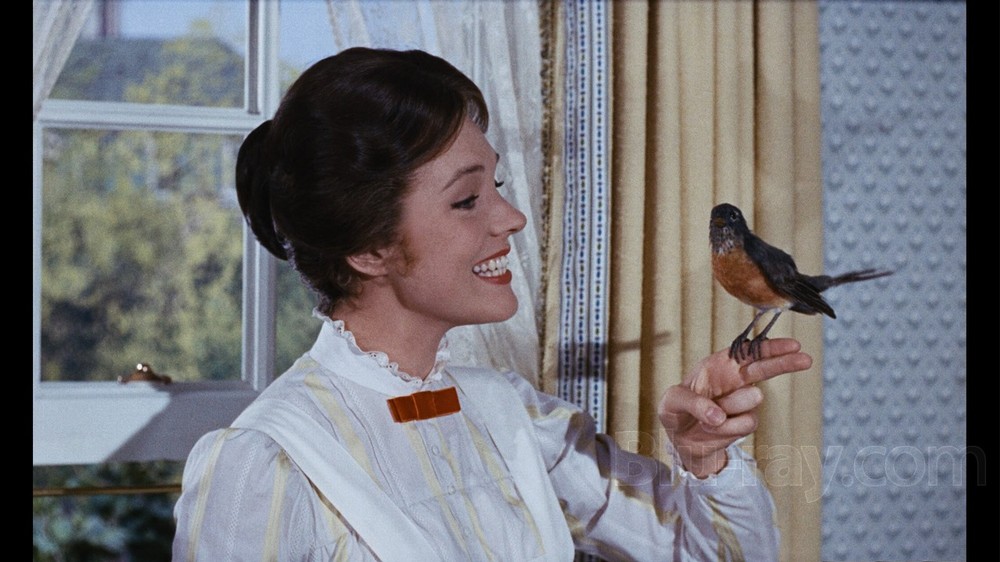 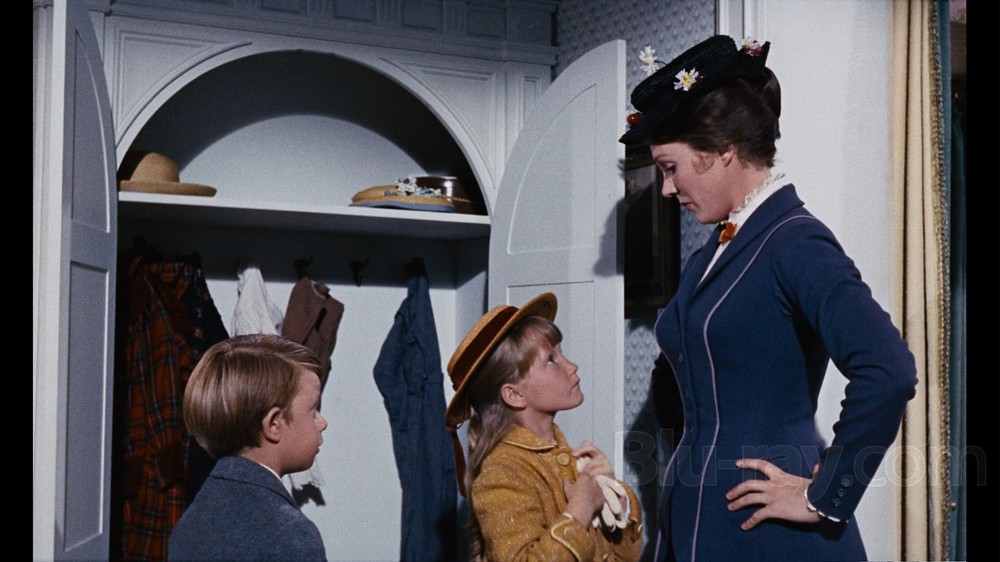 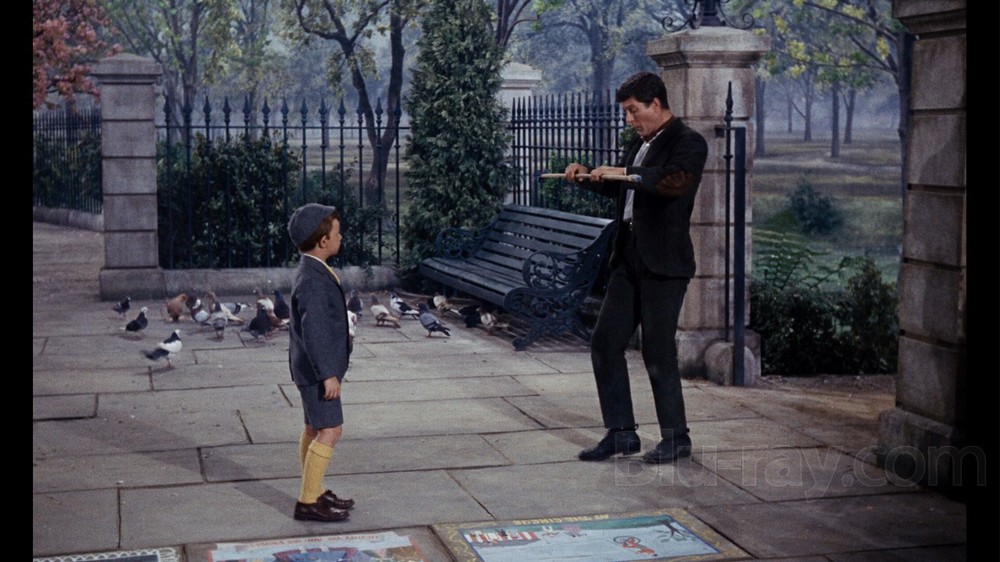 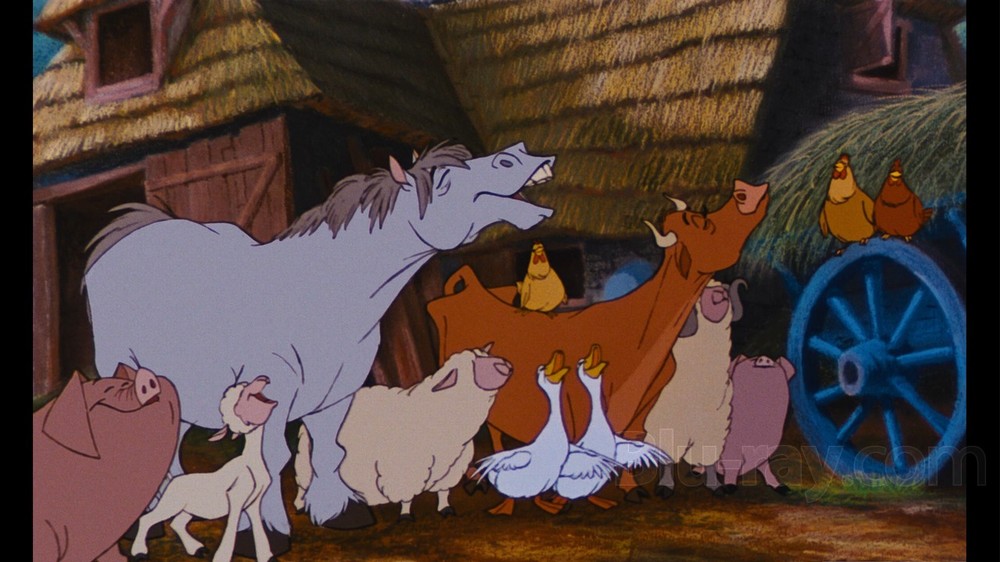 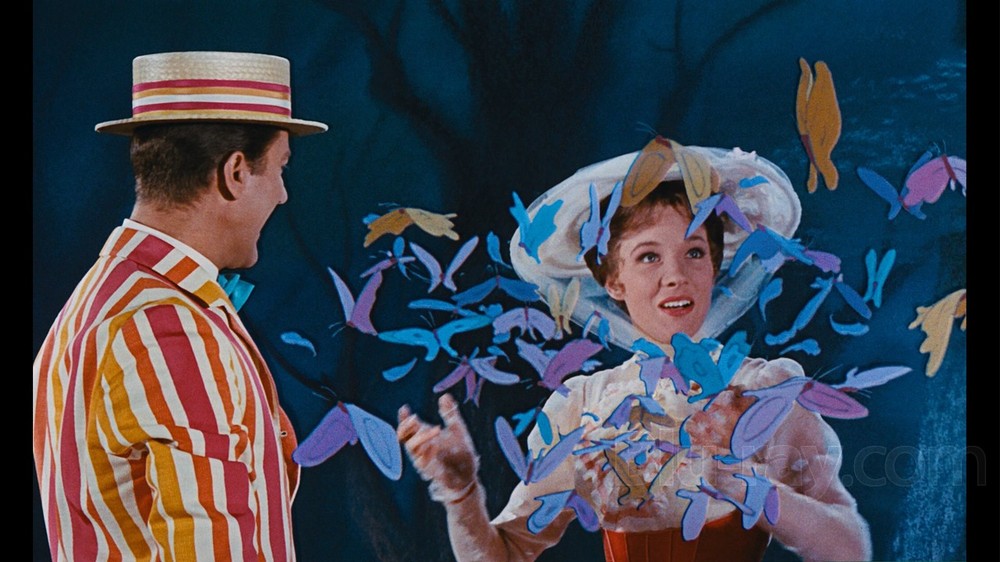 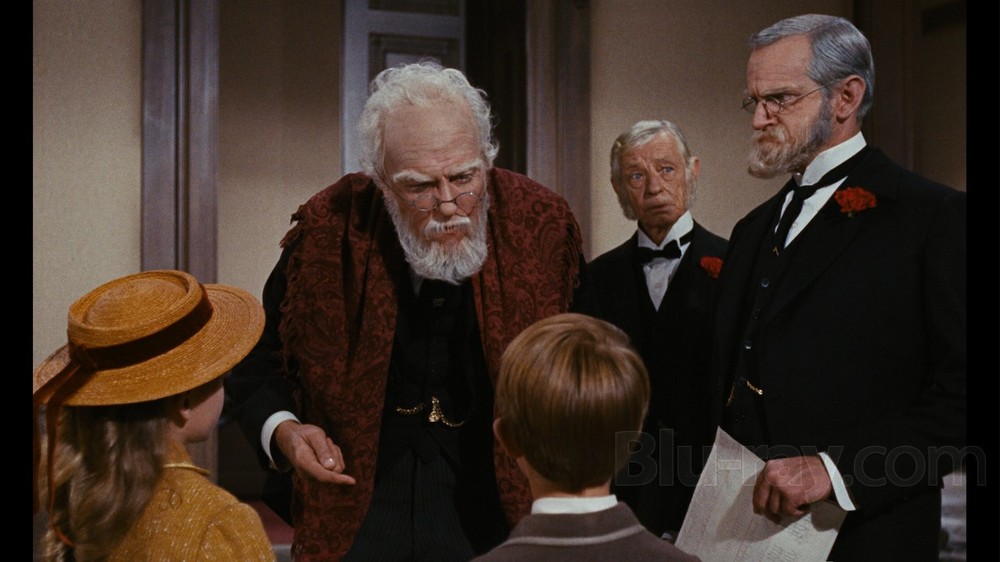 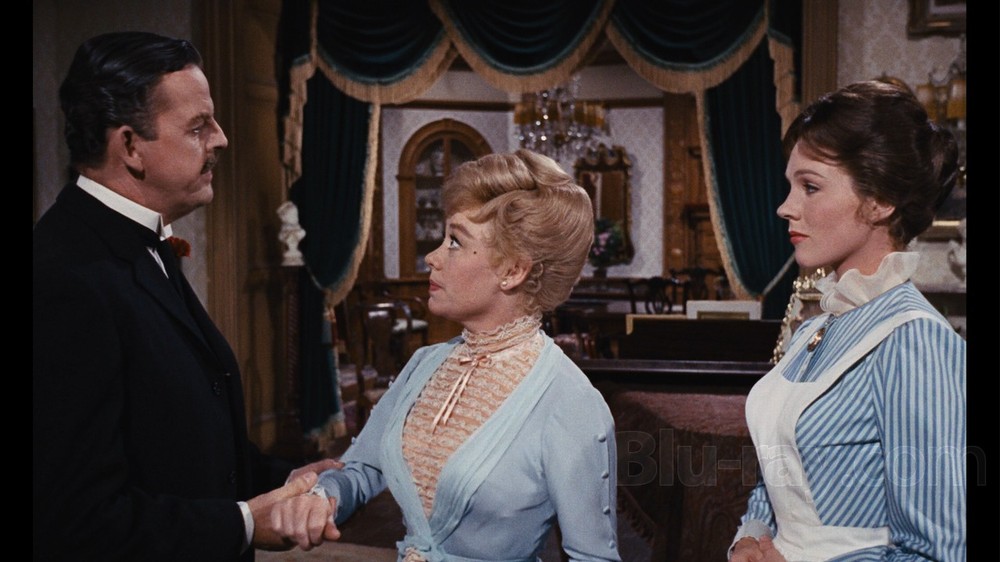 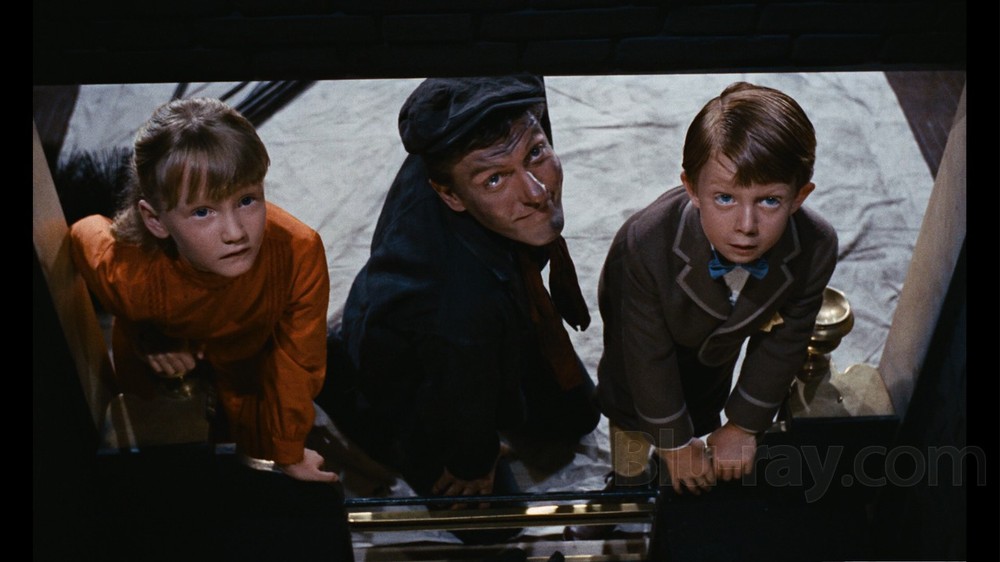 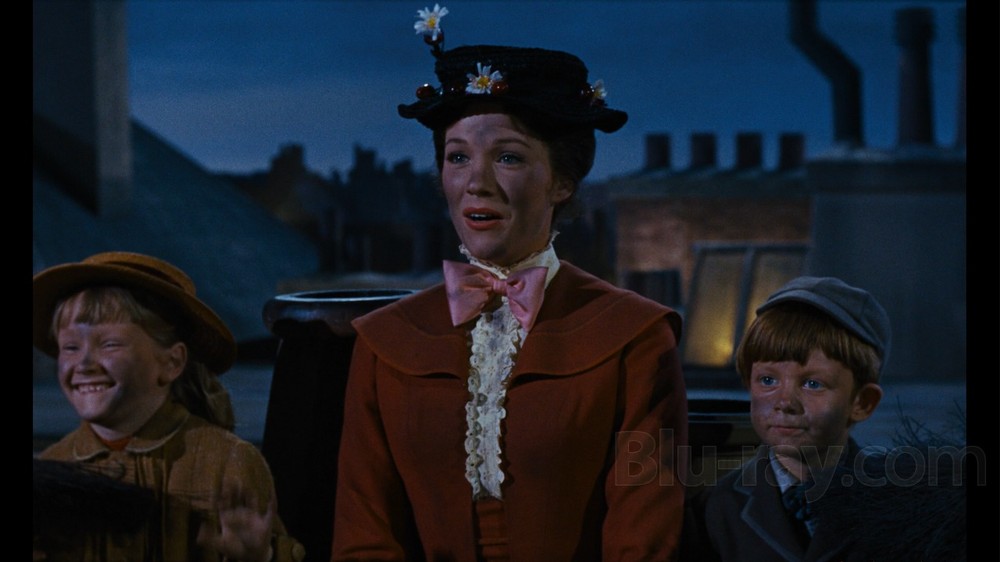 I've been an avid gamer since I stumbled upon ZORK running in my local Radio Shack in 1980. Ten years later I was working for Sierra Online. Since then I've owned nearly every game system and most of the games to go with them. Not sure if 40 years of gaming qualifies me to write reviews, but I do it anyway.
You might also like
walt disney

The Little Mermaid 3D – Diamond Edition Blu-ray Review
Be the first to comment!
Leave a reply »