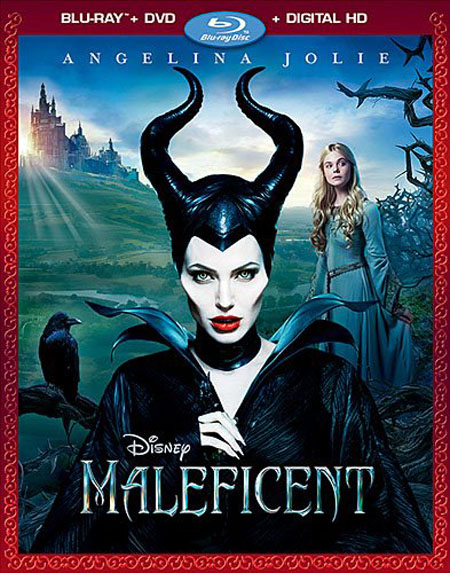 Despite its derivative storytelling ABC’s Once Upon a Time has pretty much become my new personal canon for all things fairytale.  The series does such a masterful job of putting a fresh spin on classic tales that I am totally willing to cast aside all my bedtime stories and childhood movies (mostly Disney) and believe anything this show tells me.  So I was more than intrigued when the narrator in Maleficent begins the film by telling viewers we were going to hear a classic tale from a completely new perspective.  Bring it…

Well, Disney brought it and then some. I’m a big fan of all the Disney classics; obviously some more than others, and while the girly “princess movies “don’t rank up there as high as Jungle Book, 101 Dalmatians, or Pinocchio I do recognize Sleeping Beauty as one of Disney’s most cherished classics, and Maleficent is perhaps one of the best villains of all time.  For those expecting a modern day live-action retelling of the animated original, prepare for some serious and shocking surprises.  Maleficent does for Sleeping Beauty what Oz did for The Wizard of Oz when it comes to showing us things we never knew but probably should.

In the original book it was clear that Maleficent was a fairy, albeit a much larger version than the multi-colored pixie fairies we see later in the film, but a winged fairy nonetheless, so when crafting the script the writers chose to start the story well ahead of the events of Sleeping Beauty. We first meet Maleficent (Isobelle Molloy) as a young girl who rules over the magical Moors with fairness and forgiving; something we see almost immediately when a young boy, Stefan is caught stealing a jewel from the river.  He returns the jewel and the two begin to develop feelings for one another over a time-lapse relationship sequence that carries us into present day.   Stefan (Sharlto Copley) has long since parted ways with Maleficent (Angelina Jolie) to pursue his own ambitions; ambitions that lead him back to the Moors to betray Maleficent. 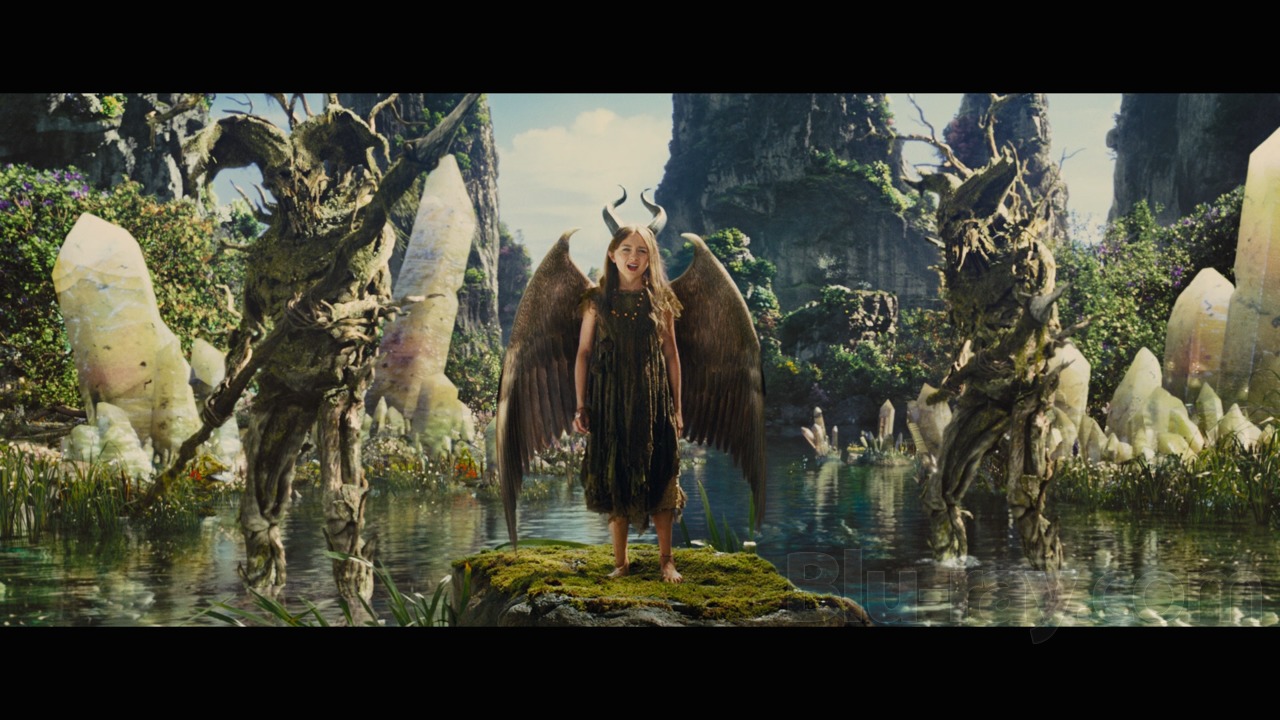 After his recent defeat at the hand of Maleficent and her dark army, the king of the neighboring kingdom is on his deathbed. He has proclaimed that anyone who can kill Maleficent will be his royal successor.  Stefan is unable to kill his former love but he does do something nearly as evil – he cuts off her wings and presents them to the king who assumes he killed her and makes him the new king.  This shocking betrayal sends Maleficent over the edge.  She vows revenge, and soon enough Stefan marries and has a daughter, Aurora (Elle Fanning).  This is where we catch up to the original Disney classic.  The three fairies from the Moors show up to bestow magical gifts of grace and beauty on the child, but then Maleficent shows up to place a horrible curse on the child.

Fans of the original may think they know how the story plays out from here but they would be wrong. This new spin on the classic is full of surprises.  Yes, the three fairies take baby Aurora into the woods to live in isolation – not to return until the day AFTER her 16th birthday, meanwhile the king orders all the spinning wheels in the land to be destroyed, burned and locked away in the tower.  The three fairies are ill-equipped to care for a baby, even after adopting human-sized bodies.  Maleficent, who learns the hidden location of the child almost immediately, thanks to her new shape-shifting crow companion Diaval (Sam Riley) begins to watch after the child herself, first in secret then later as Aurora’s “Fairy Godmother”.   We see a remarkable transition in Maleficent over the years as Aurora casts her own inner light on Maleficent’s dark side to the point where she tries to revoke the curse, but, by her own words, nothing on Earth can do that. 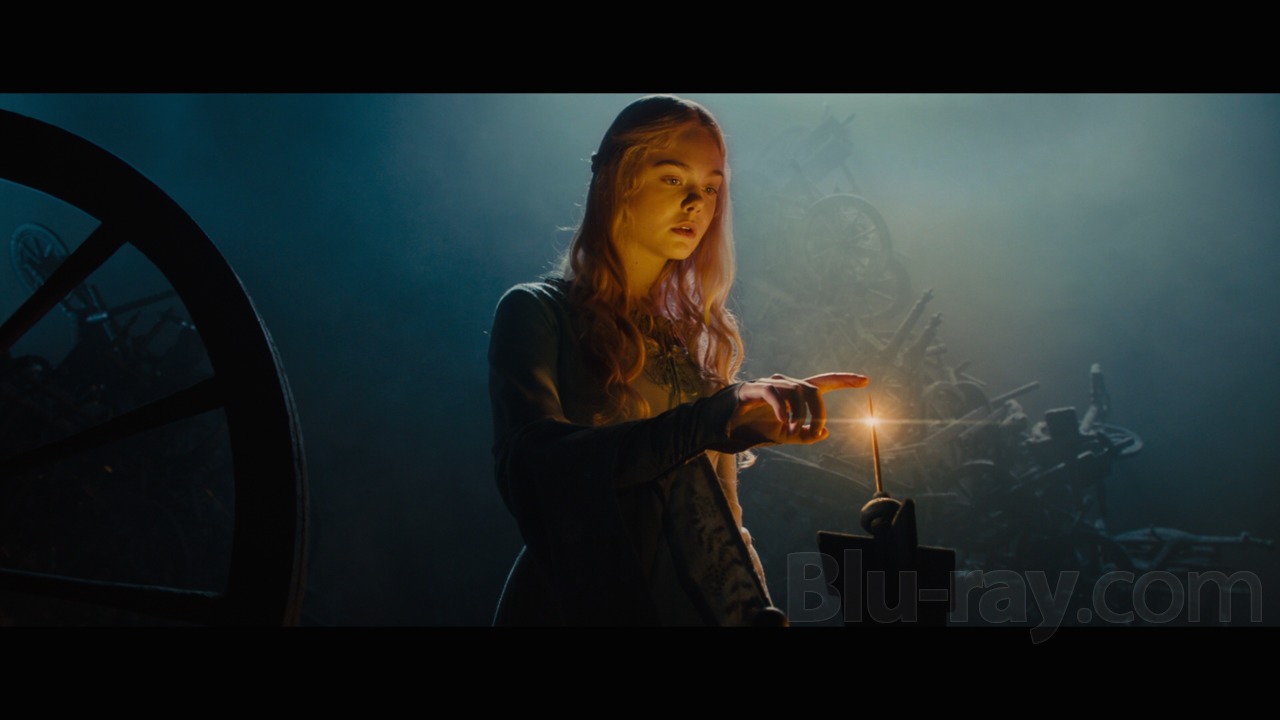 The movie plays out to the logical storybook happy ending but not without a few dozen more twists along the way, although anything I could or would mention would be at risk of spoiling any of numerous delightful surprises. Rest assured, this isn’t your parent’s version of Sleeping Beauty, but it may just be the best version thanks to Jolie’s complete and total immersion in her role as Maleficent and some of the best visual effects of any live action Disney film.

Maleficent looks absolutely stunning on Blu-ray mostly due to the fact that nearly everything is either being created from scratch or digitally enhanced or extended in the computer, but unlike many other green-screen features, this film maintains that magical storybook essence whether we are in the magical Moors or the dark and oppressive interiors of Stefan’s castle.   There are a lot of dark and overcast scenes and the contrast and black levels never falter,   CG creatures from the Moors are charming and original, while the human characters all exhibit flawless skin tones and amazing details in the close-ups, and Jolie’s headpiece is a work of art that holds up under the closest scrutiny.   There are some great morphing sequences where Diaval changes into a crow, wolf, and something even larger near the end.

Nothing is better than the DTS-HD MA 7.1 audio mix for putting you right in the middle of all the drama and action in Maleficent.   The initial battle with the King is an assault on your speakers as well as your subwoofer with pounding LFE.  The score ranges from enchanting to haunting and is mixed expertly so it never overpowers the dialogue that is perfectly prioritized front and center.  Maleficent is easily reference material for both audio and video. 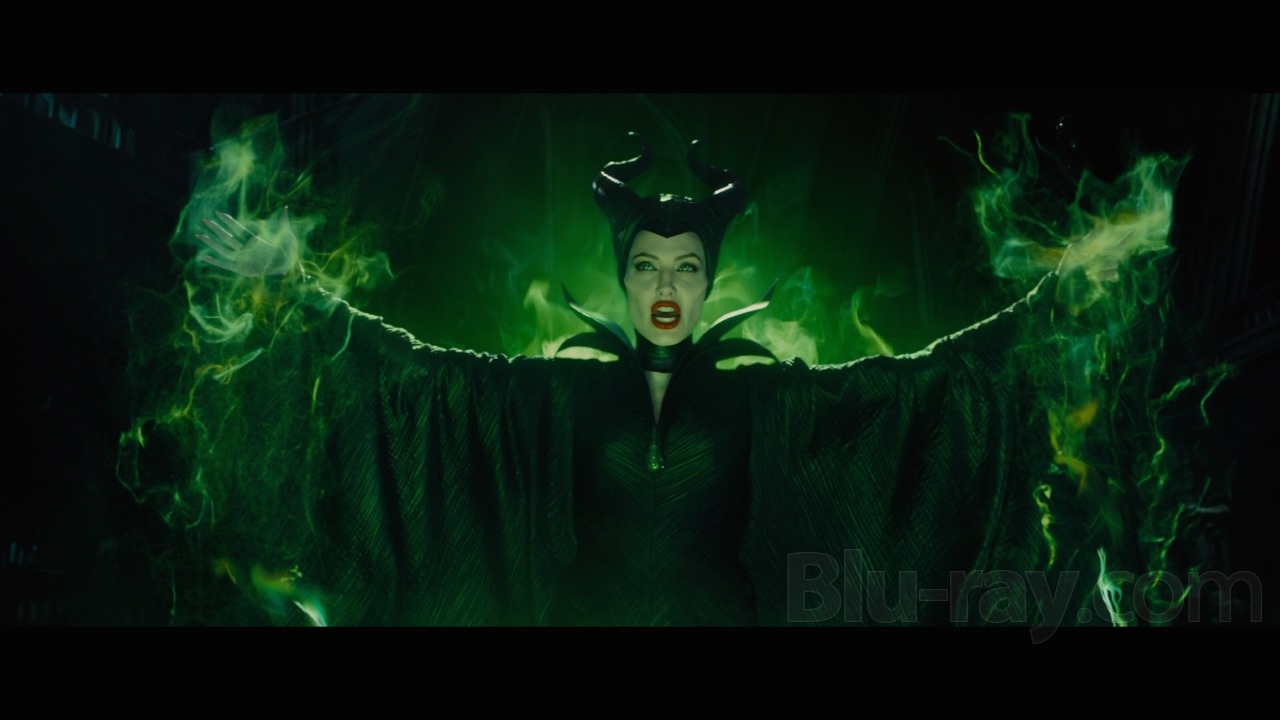 Disney is really dropping the ball when it comes to bonus features on their recent releases. In a world with so many on-demand and streaming options you really need to sweeten the package if you want people to spend $20 or more on a physical copy.  We start off with Aurora: Becoming a Beauty, a five minute interview with Elle Fanning on how she got and prepared for the role of Aurora.  Next is From Fairy Tale to Feature Film, an eight minute feature that details the conversion of the book and original film into this new retelling.   Building an Epic Battle is a six minute look into how they made the epic battle sequence and sent bodies flying in all directions. Classic Couture spends just over a minute going over Maleficent’s costume details, while Maleficent Revealed spends five minutes showing how they brought this unforgettable character to new life.  Last up are five Deleted Scenes, all but one justly cut from the film.  In all, about 25 minutes of extras as well as a DVD and digital copy with iTunes support.

Maleficent is a must-see movie but with a lacking selection of bonus material it may not be a must-own title unless you can find for a really good price. I don’t know if Disney is planning on releasing more feature-rich editions of these movies in the future – not a very nice practice – but they need to realize that with so many ways to watch these films, owning physical copies needs some incentive and that means commentaries and longer features, etc.   Despite the lack of supplements, Maleficent is still a remarkable achievement in putting a fresh spin on a classic tale and unless they do a 4K version it will never look or sound any better than this Blu-ray release. 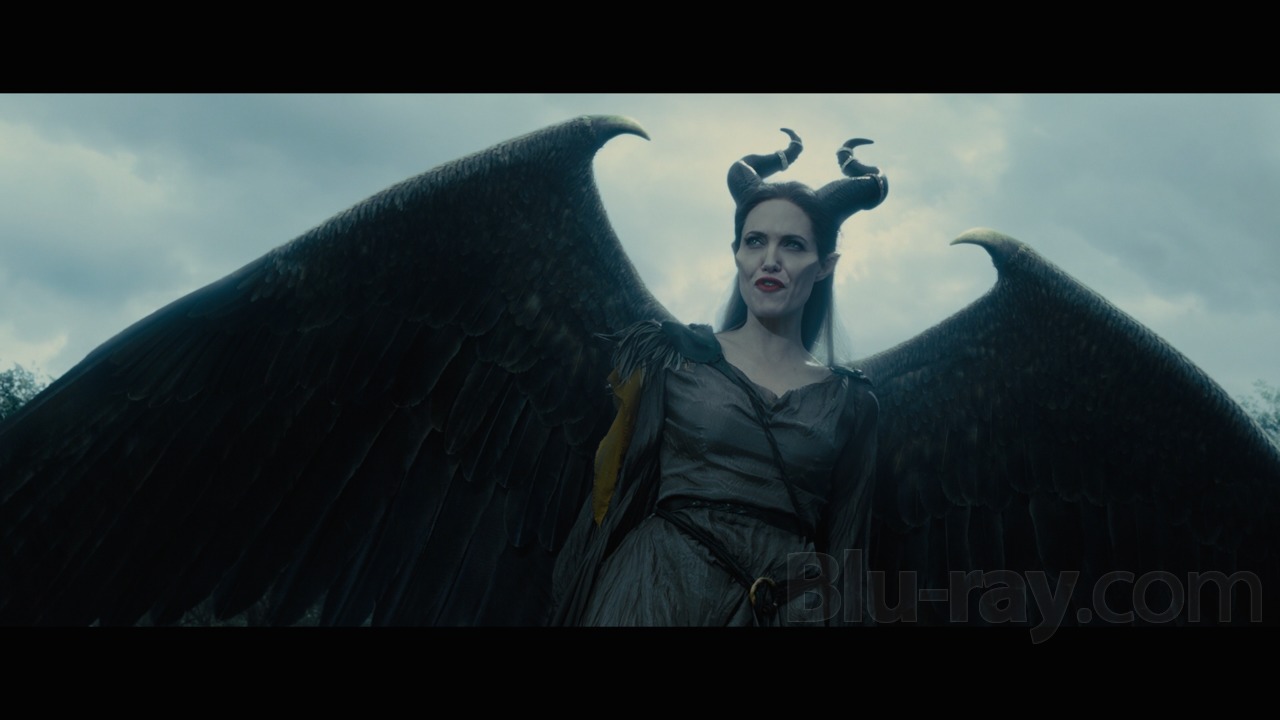 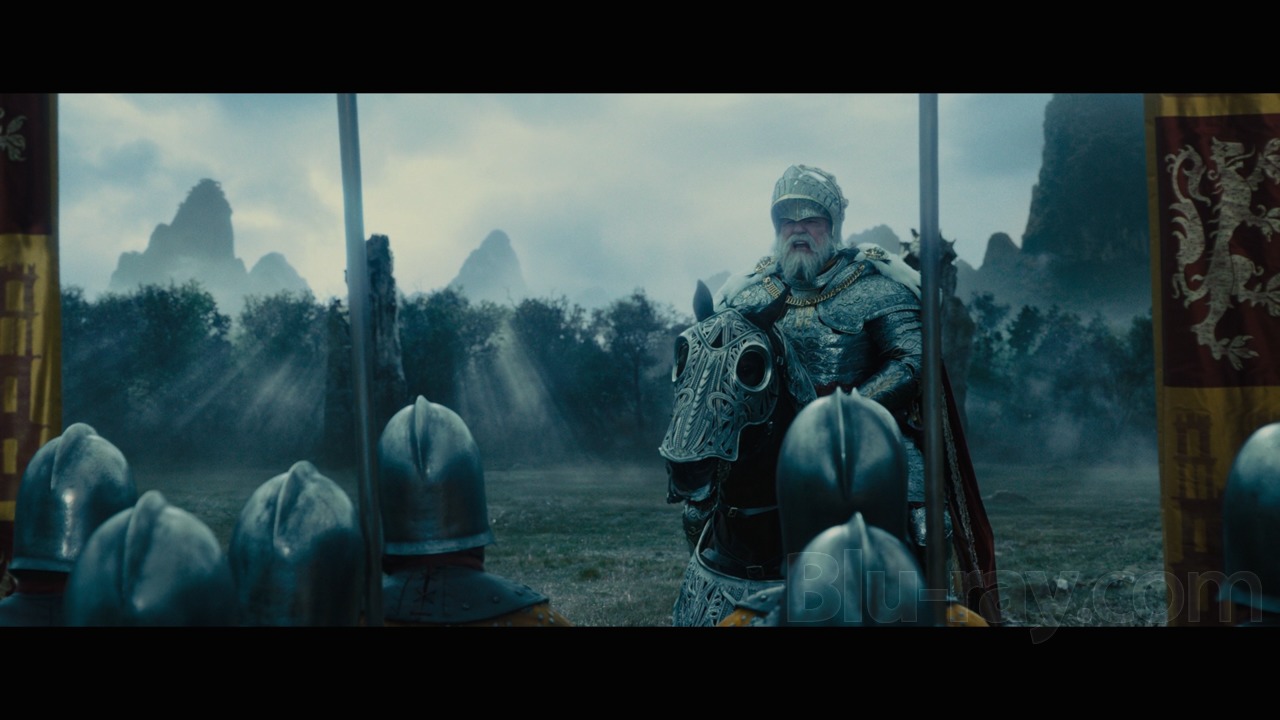 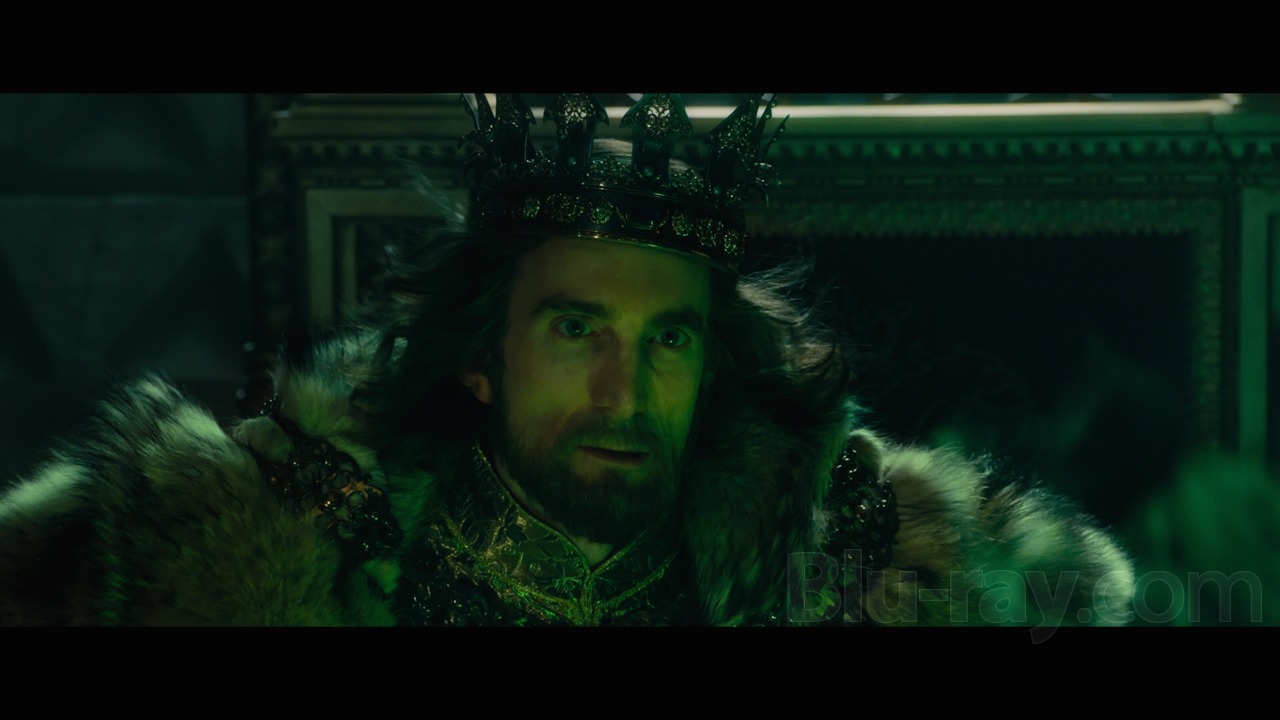 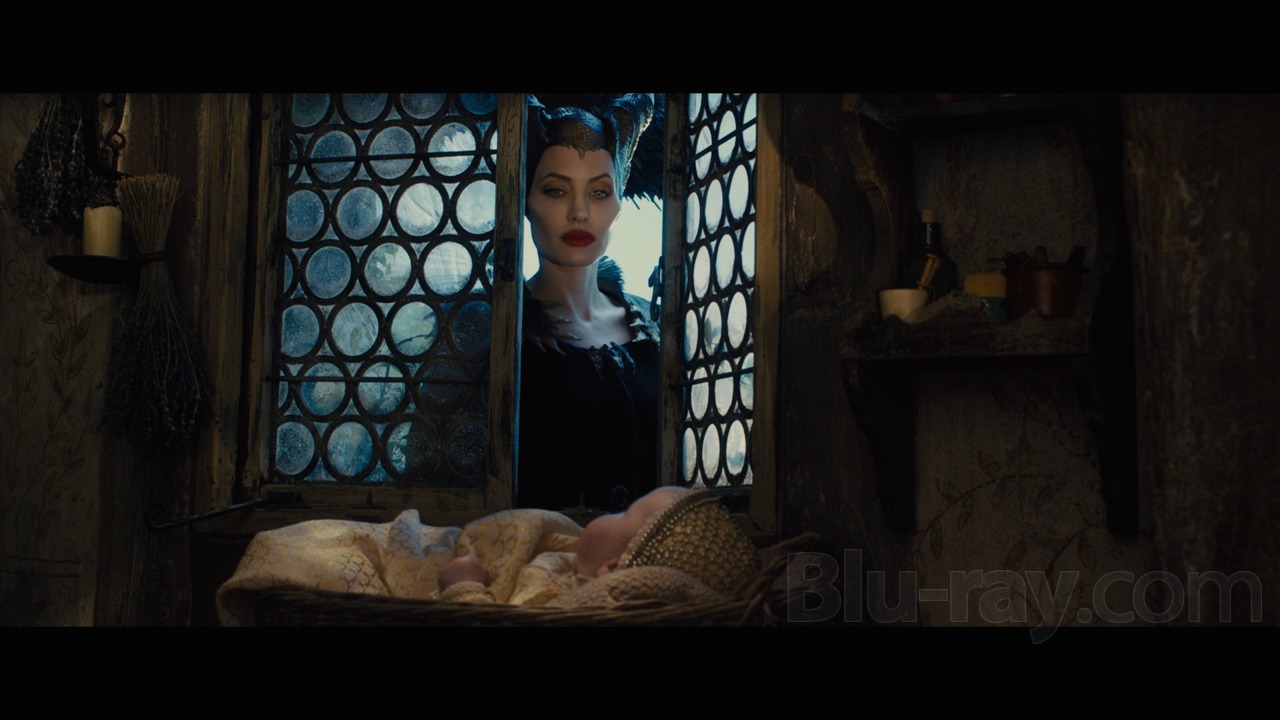 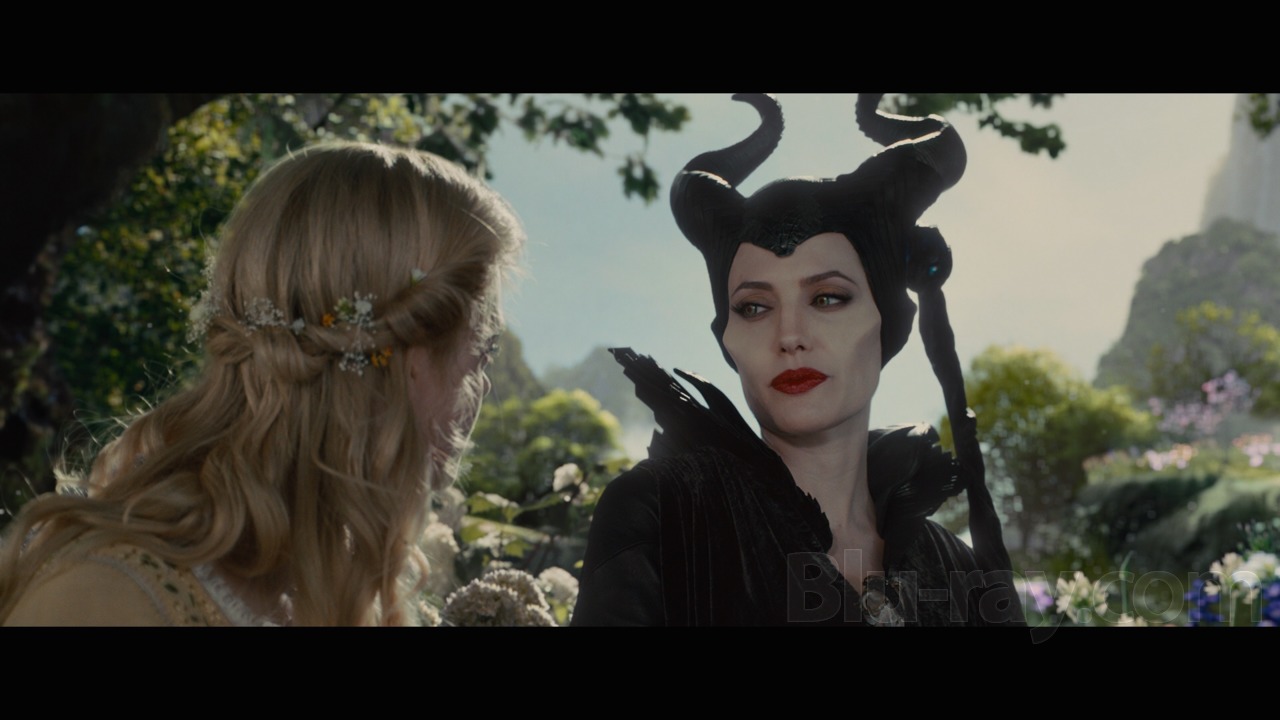 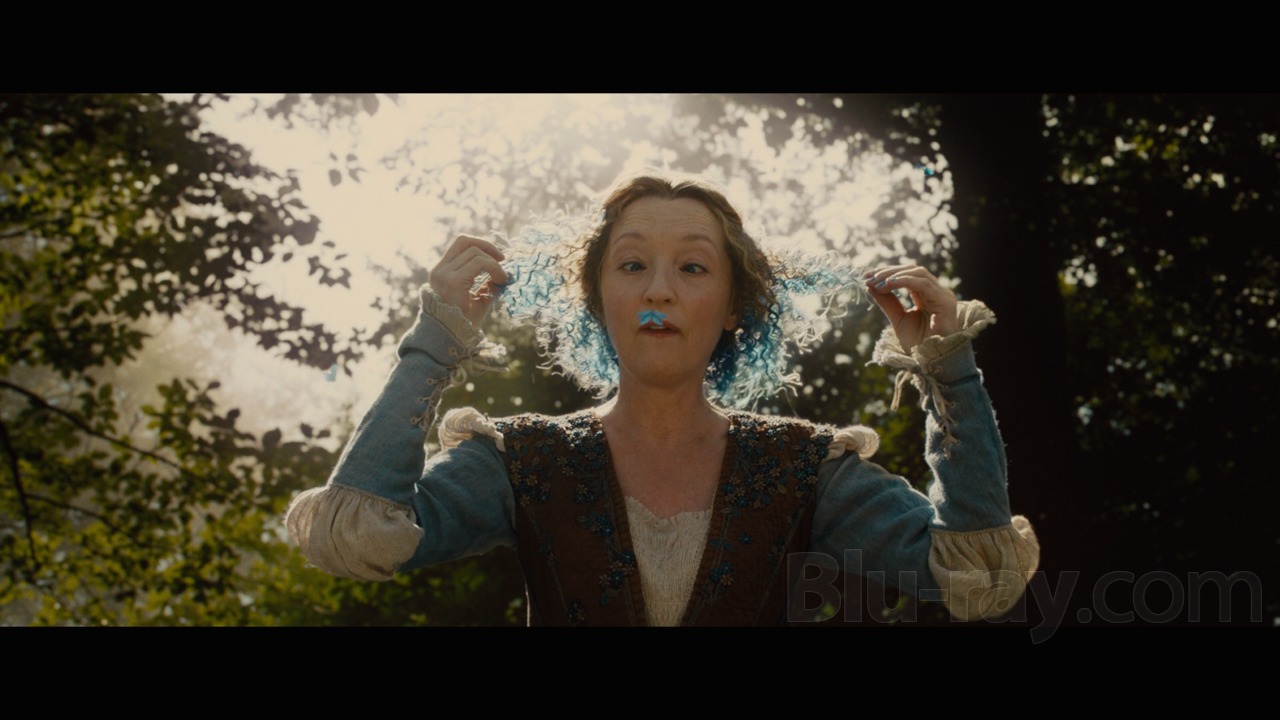 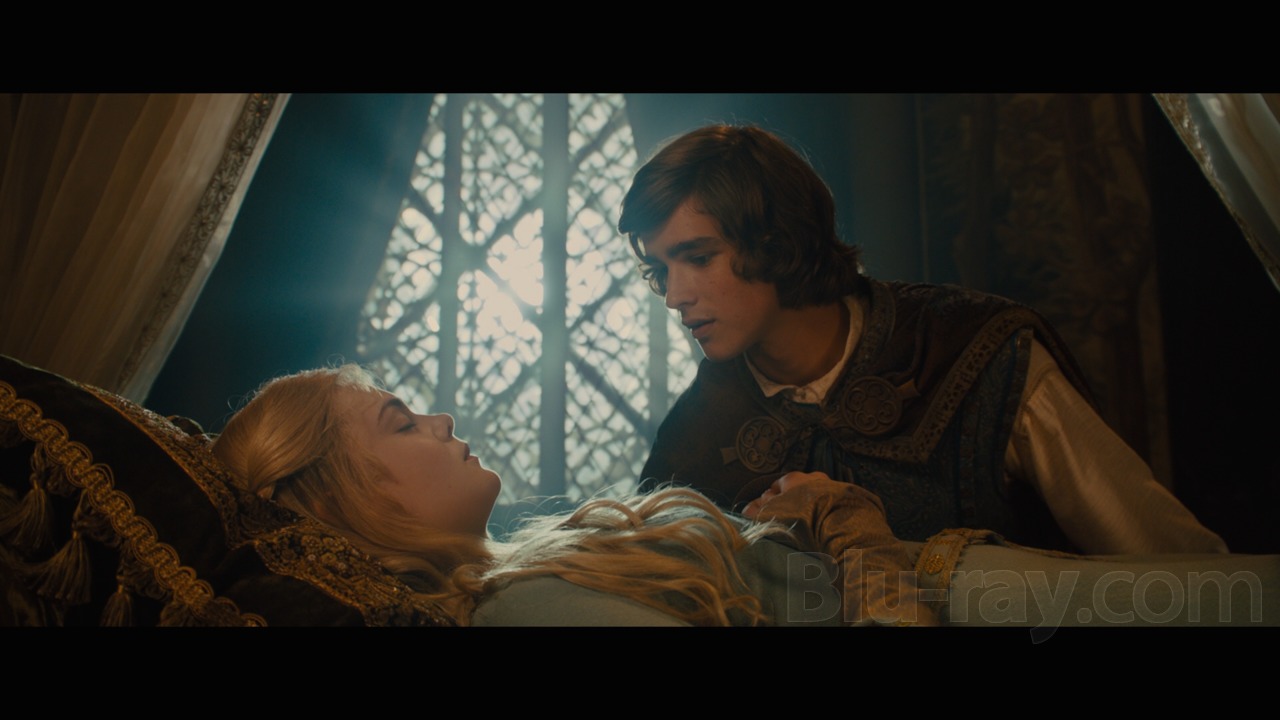 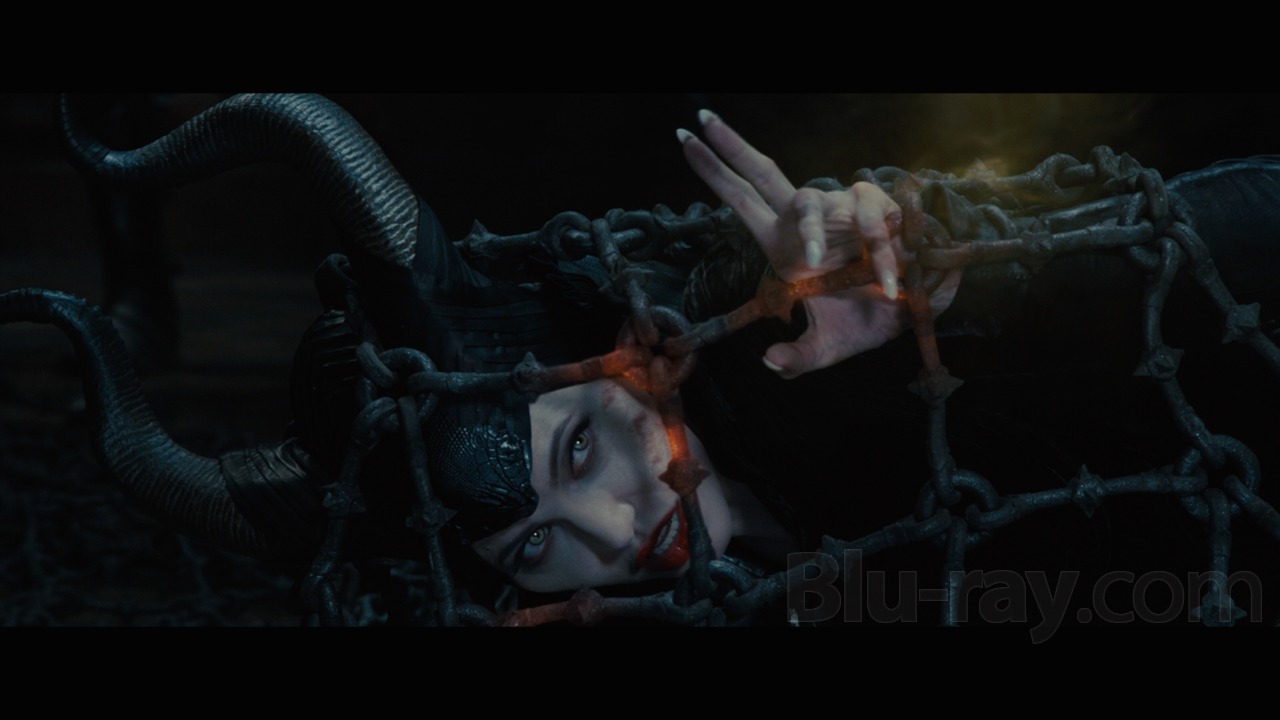