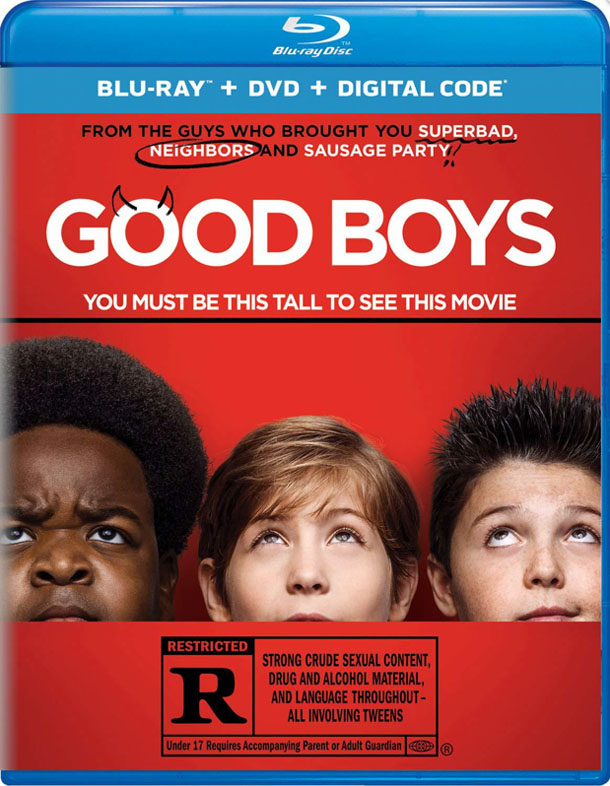 Good Boys is merely an average movie that stumbles around its singular concept.

Coming of age stories have been a popular genre for decades, even after they shifted into raunch-coms around the turn of the century with the American Pie saga. The concept keeps evolving as filmmakers push the limits of humor and good taste.   Superbad was immensely popular in 2007 and this year we get Good Boys; a film that lowers the bar as much as the ages of its stars. We started in college with films like Animal House then moved into high school with films like the ones just mentioned, but Good Boys takes us into middle school territory where much of the humor is based on the idea of “I can’t believe they just did/said that!” For some reason I guess it’s funnier when pre-teens swear like sailors and dabble with sex toys and porn, or at least it would have been if South Park hadn’t already cornered the market with 23 seasons of animated 8yr-olds do the same thing; perhaps even better.

Good Boys adds a few years to the South Park kids, with our trio of Beanbag Boys residing firmly in those awkward days of sixth grade where variable levels of maturity threaten to tear apart even the best of friends.   Max (Jacob Tremblay) has just got invited to a kissing party hosted by the cool kids; the perfect chance to proclaim his love for his first crush. Max and his friends, Thor (Brady Noon) and Lucas (Keith Williams) all set out to help Max learn how to kiss. It’s a seemingly innocent setup for what turns out to be an apocalyptic series of events proving that raging hormones can easily overpower good decision making. Things go really bad when Max uses his dad’s new drone to spy on the girl next door kissing her boyfriend. The girls capture the drone and the boys end up stealing their bag, which has some Ecstasy inside. An exchange deal is setup but the drone gets destroyed and now the boys are forced to ride their bikes to the mall – well outside their permitted travel distance – to purchase a new one.   More hijinks ensue as the girls get there first, buy the last drone and use it to barter for their drugs, which the boys have already turned over to the cops. 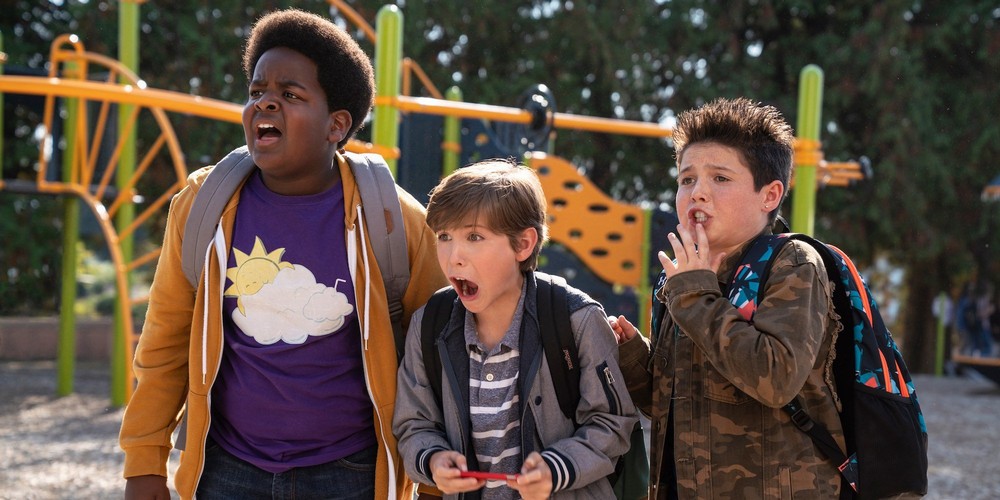 The various comedic scenes are fairly by the numbers and even a bit boring at times. The one shining moment in the movie is when Max tries to buy more drugs at a nearby frat house and ends up shooting up the place with a paintball gun. There are some attempts at heartfelt moments that felt a bit awkward in the overall scheme of things, like when Max’s dad (Will Forte) catches his son about to masturbate to a character he just created on an online video game and proceeds to have “the talk” in a scene not unlike American Pie. Much of the humor relies solely on the kids dropping the f-bomb just as casually as adults, and some of the jokes are clearly based on visual gags like a sex doll, a satchel full of sex toys, and a fancy sex swing. Of course the hilarity in these moments is that the kids have no idea what these items are or their intended used, so when Max mistakes the sex doll for a CPR dummy and uses it for his first trial kiss the scene is almost adorable until he pulls back and removes a pubic hair from his mouth.  Gross! Just as funny is when they use a massive dildo to jam the doors of the convenience store to lock a cop inside.

I skipped this movie when it came out in theaters, secure in the knowledge that movies of this type always get an unrated version for home release, but Good Boys still retains its R rating, although there are some unrated extras like an alternate ending and some extended scenes, but even those pale against the accumulated works of South Park. I mean, this is an R-rated movie about adolescent sexual awakening with no nudity. Personally, I thought Sausage Party was edgier than this…and funnier. 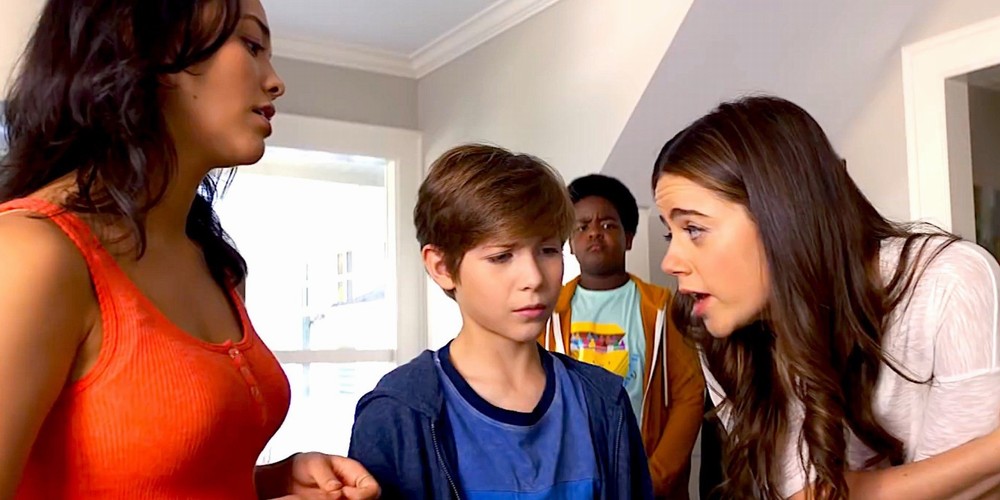 The video quality on this Blu-ray release was fine, and nothing stood out as exceptional; just competent. After all, you probably aren’t watching this for its visual fidelity. There were no visible artifacts and contrast was sharp with great colors and lighting. The DTS-HD MA 5.1 audio mix was equally as proficient with some good use of spatial audio and a nice mix that prioritized dialogue front and center so you don’t miss a single naughty word.

Honestly, I enjoyed the extras for Good Boys more than the main feature; especially the feature commentary with director/co-writer, Gene Stupnitsky, and producer/co-writer, Lee Eisenberge. They had all sorts of humorous insights into the making of this movie, especially about keeping the kids in the dark about some of the more adult elements by telling them to “ask your parents”. It was also fun to learn that the kids were not allowed to swear once the director called “cut” – truly a separation of work and home life.

There is a nice assortment of features including nearly a dozen Unrated Deleted/Extended Scenes, a fun Gag Real and a look at the casting of the stars in Boys For Real. Welcome to Vancouver follows Jacob Tremblay around his home town as well as his actual school where they filmed. A Fine Line and Ask Your Parents talks about how the kids were able to deliver such colorful dialogue and play with adult toys while having no real knowledge of what they were saying or doing. Bad Girls introduces the female villains of the film, Molly Gordon and Midori Francis, and the challenges of being so mean to such adorable boys. Guest Stars showcases a few of the cameos you may have spotted during the movie. The bonus package wraps up with a DVD version of the film and a Movies Anywhere digital copy.

Good Boys isn’t as much a bad movie as it is an unnecessary one. I hate to keep coming back to it but South Park has pretty much explored every facet of the tawdry tween genre and there is nothing left to shock or surprise us no matter how young or seemingly innocent you want to make the stars. Yes, you are likely to laugh almost constantly during the film but they are unearned laughs targeting your discomfort for what you are seeing and hearing, which is admittedly a bit more shocking when it’s coming from non-animated characters being voiced by adults. If you’re in the market for cheap laughs and Good Boys is on sale for $10 it might be worth a purchase, but honestly, this was meant for streaming and really isn’t worth a space on your video shelf.