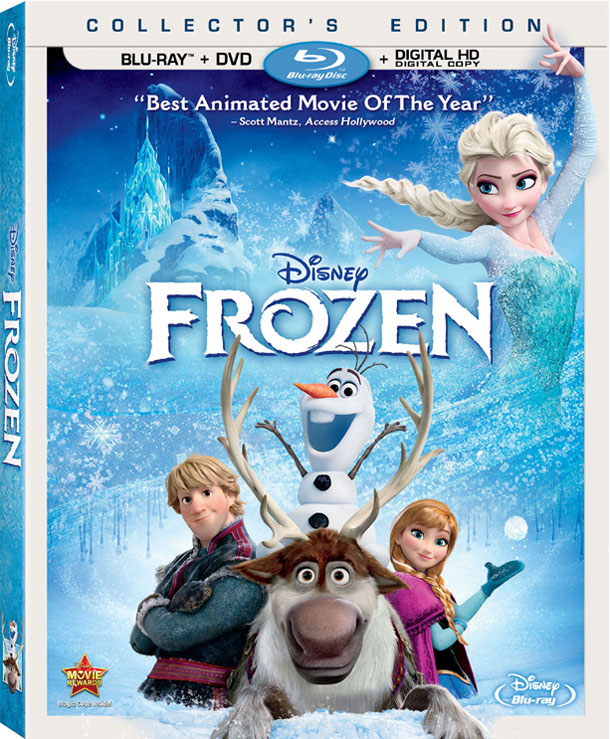 A disturbing lack of extras makes this a hard sell

One of Disney's best movies ever in one of it's worst packages.

When I saw the first teaser trailer for Frozen I thought it was going to be a story about a snowman and a reindeer.  In fact, I wasn’t even sure if it was going to be a feature or just a short film attached to something larger.   It was only weeks before the film arrived in theaters that I saw the first official non-teaser trailer that had actual humans and revealed a bit about the story, and things started to look interesting.   After the movie launched nearly everyone I knew rushed out to see it and were all raving about how this was “the best Disney movie of all time”.  Then came the Oscar nominations and more media hype, and here we are with the Blu-ray release of the film even while at this very moment you can still go to the theater and see the movie on the big screen.

Tangled is still my favorite Disney movie of all-time but it nearly got knocked down to second place after watching Frozen.  Created using the same look and art style (I think the prince’s horse may be a tweaked version of Maximus) from the Rapunzel tale, Frozen had an instant appeal and charm about it with quirky characters, awesome landscapes, and stunning visual effects.  And then you have the music…oh the music. 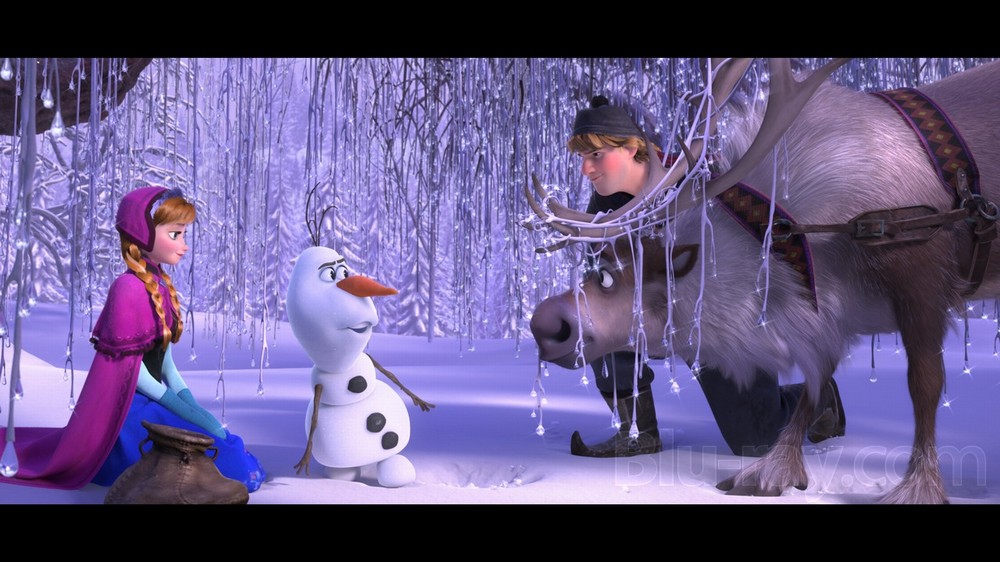 Frozen is a musical; a true musical in that there just aren’t the occasional songs here and there, but major parts of conversations are actually lyrics to songs; something we see from the very opening moment as we are introduced to Anna (Kristen Bell) and her older sister Elsa (Idina Menzel), both princesses to the kingdom of Arendelle.  Elsa has been cursed at birth with the power of an icy touch.  Still too young to fully control her powers, she accidentally injures Anna late one night while playing in her freshly created indoor snow and ice playground.   The king and queen rush Anna to the trolls who are able to cure her wound and wipe all memories of Elsa’s powers.  From that moment on Elsa is no longer allowed to play or even socialize with her sister and the palace is closed to the public for fear Elsa’s secret is found out.   Soon afterward the king and queen are lost at sea and we move forward to coronation day where Elsa, now of age, is to be formally put in charge of the kingdom.  A great celebration is prepared and for the first time in years the palace is opened to the public.

Through a series of quick and tragic events, the least of which is Anna falling for a visiting prince and asking for permission to marry him after only a single song and dance number, Elsa’s secret is revealed to a shocked and angry crowd.  She flees the palace and heads into the mountains leaving behind a trail of snow and ice, casting the entire kingdom into an eternal winter.  Anna sets off to find her sister and along with the help of a traveling ice salesman named Kristoff (Jonathan Groff), his comical yet loyal reindeer Sven, and a magical snowman named Olaf (Josh Gad), a great adventure is about to take place. 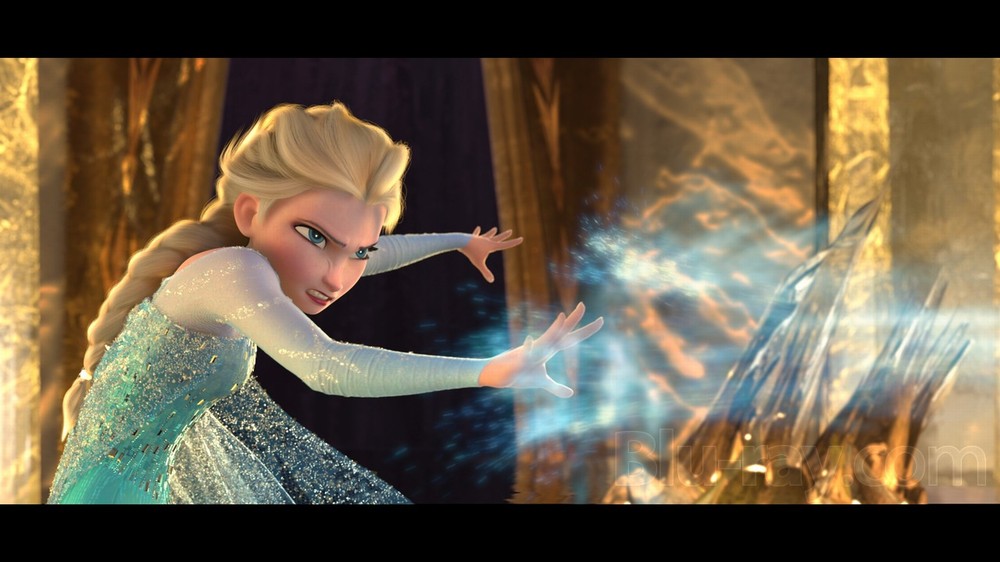 Despite the stereotypical casting of the handsome prince and the rugged mountain man, Frozen is a female focused story that is sure to empower young girls.   Despite Anna’s initial infatuation with the prince she quickly becomes self-reliant and even plays a supporting role to the male lead.  The story is full of action, adventure, emotion, and some of the best music of any Disney movie I can recall.  I usually cringe when movies have more than two or three songs, but the music and the lyrics are used to great effect in telling the story in an engaging and uplifting way.  It’s no surprise that “Let It Go”, the emotionally charged core song of both Elsa and the movie won this year’s Best Song Oscar.

Frozen looks every bit as good as Tangled, but some of the effects like the powdery snow physics and the shimmering translucent ice palace are beyond words and take the production to the next level.  Subtle details like the fur on Sven or the morphing melting Olaf when he stands by the fire are magical and despite some exaggerated features, the main human characters are incredibly well-rendered and able to express a myriad of emotions.  The 1080p AVC transfer brings all the magic right into your living room with stunning clarity and detail full of vivid colors and perfect contrast.

The DTS 7.1 Master Audio mix sounds every bit as good as the movie looks with full rich use of the surround channels to immerse you in this frozen world and keep you there from start to finish.  There is great LFE that had by sub-woofer trembling with every footstep and roar of the ice monster and every broken slab of frozen lake.  Dialogue was nicely prioritized to the center as were the incredible lyrics for each and every song. 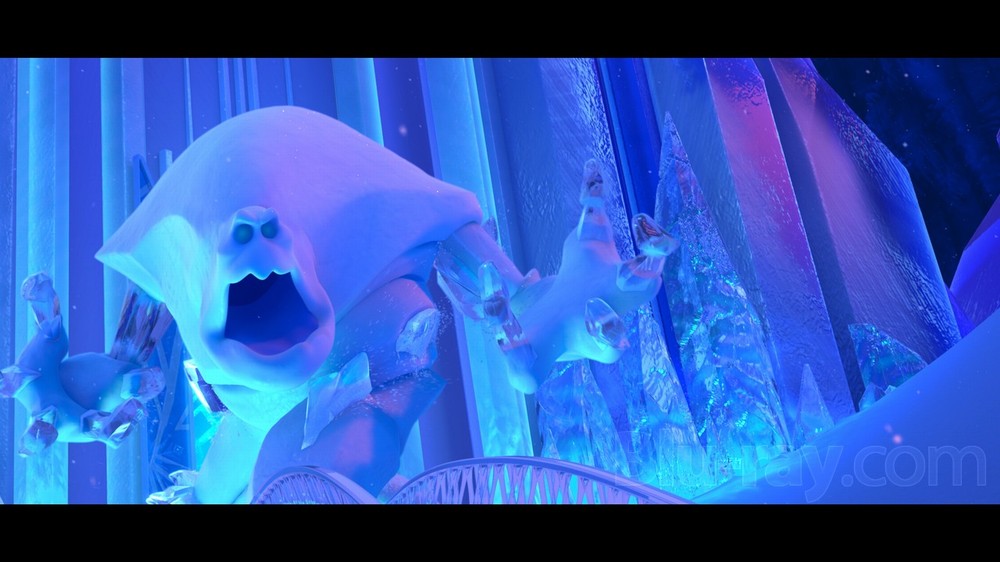 Sadly, my praise for the Frozen DVD ends there.  In order to recommend any DVD purchase these days there really has to be something above and beyond the core movie otherwise you may as well just rent it or do a digital download.  Frozen is virtually barren when it comes to extras – a tragic shame considering this is one of Disney’s brightest moments as well as one of their darkest and disappointing releases.  Billed as a “Collector’s Edition” there isn’t much to make this a collectible.  “D’Frosted: Disney’s Journey from Hans Christian Andersen to Frozen” is a short documentary that compresses the 70 years it took to make this movie into only seven minutes   “The Making of Frozen” is perhaps the cruelest of extras as it kicks off with a catchy musical number sung by Kristen Bell, Jonathan Groff, Josh Gad and the entire Frozen team.  The 3-minute song leads you to believe that you are about to learn all the secrets of the movie then ends with them all saying “How was it made…we don’t know”…fade to black.  There are seven minutes of Deleted Scenes in various stages of production and 16 minutes of music videos that cover four versions of the closing credit song.  Demi Lovato’s version of “Let it Go” is really good; the rest are okay.  You have the animated short, “Get a Horse” starring Mickey Mouse and friends that blends old-time animation with modern 3D, a 2-minute teaser trailer (the one that fooled me over a year ago) as well as a DVD copy and a digital copy that looks amazing on my iPad.

I am so torn over this release, as it is one of the best movies Disney has ever put out there and one of their highest quality Blu-ray releases, but it is also one of their most disappointing home releases when it comes to extras.  I’m not sure if they rushed it to retail – after all the film is still showing in theaters.  Some sort of commentary would have been appreciated by the cast, creators or both and something more than a three minute song chanting “how did we make Frozen?” would definitely boost the value of this so-called Collector’s Edition.  If bonus material isn’t that important to you and you have kids who are craving repeated viewings of this movie then Frozen is certainly a must buy, but if you only want see the movie one more time or maybe for the first time then a rental or digital download is far more cost effective as there is nothing very collectible about this particular release. 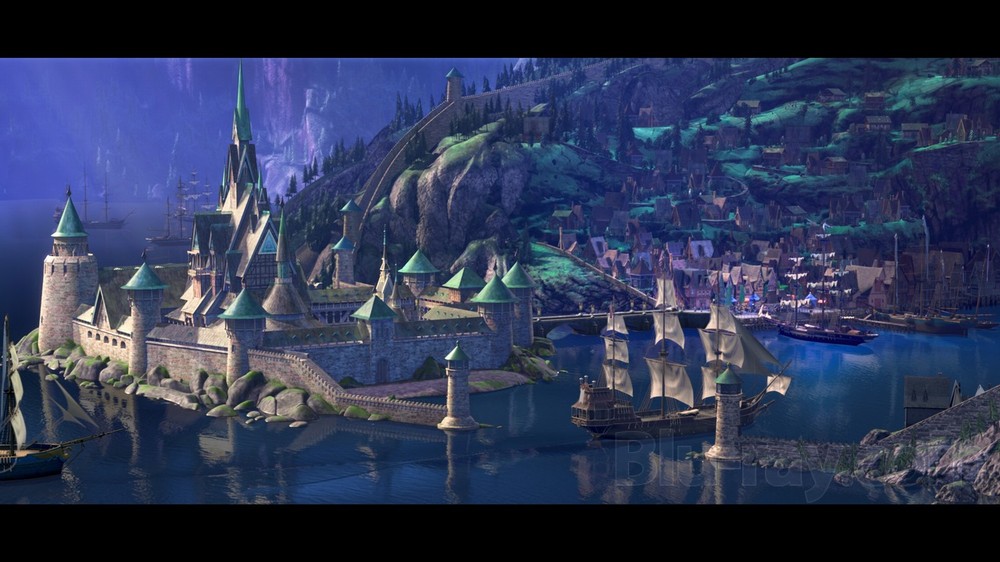 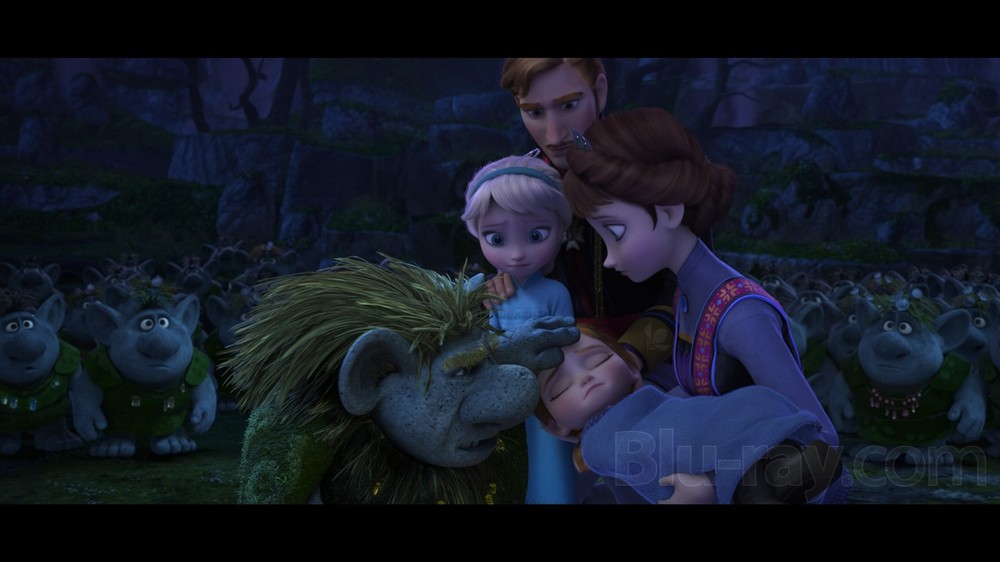 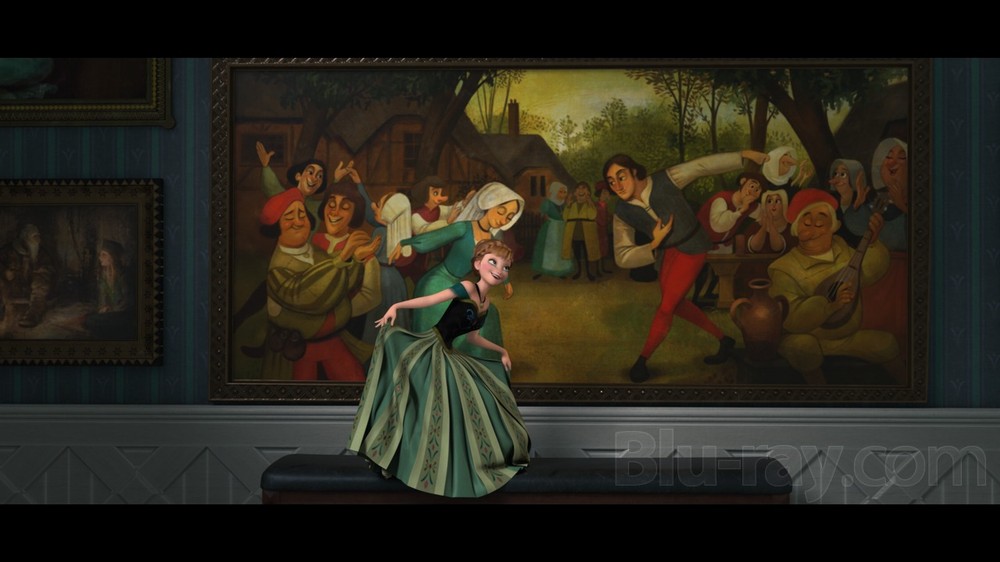 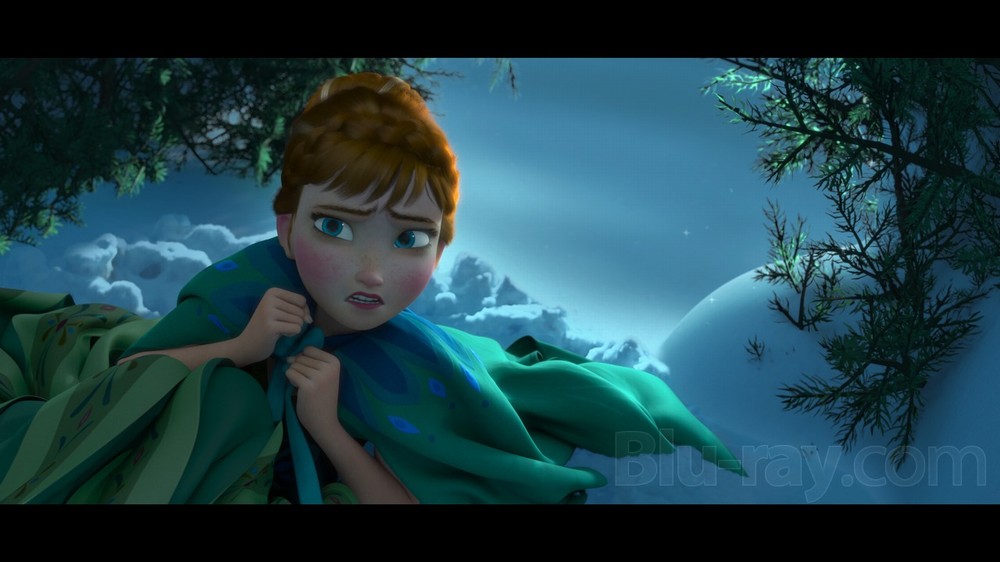 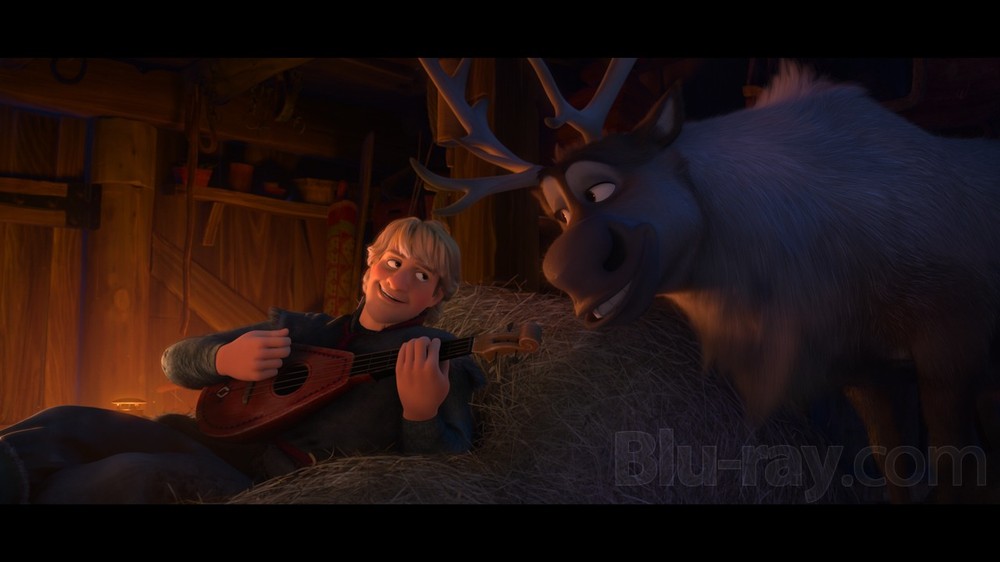 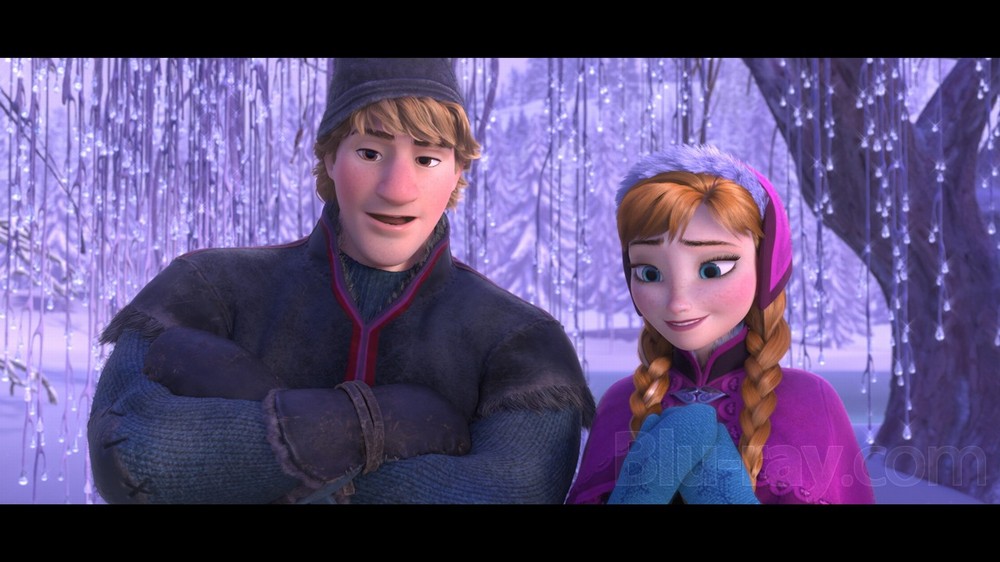 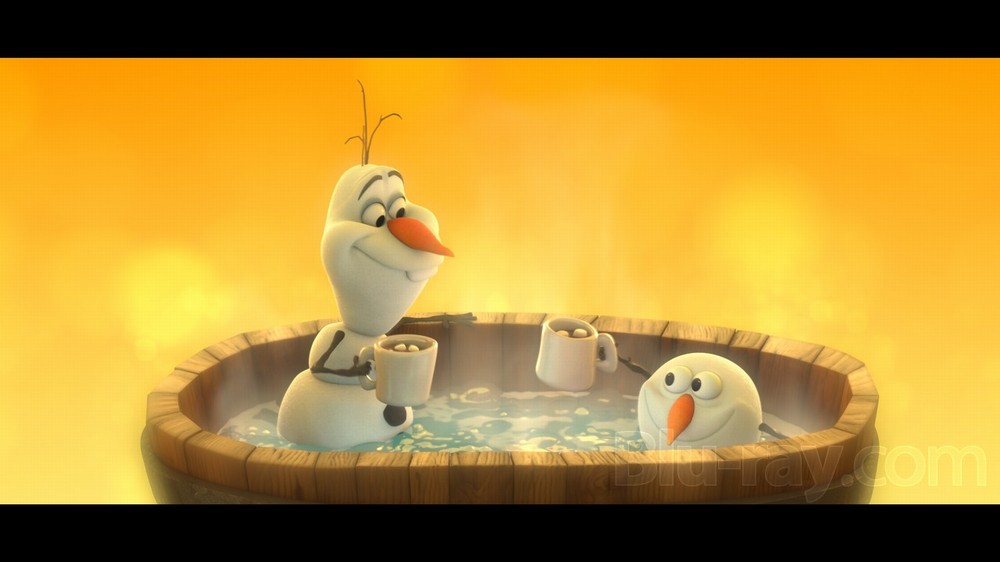 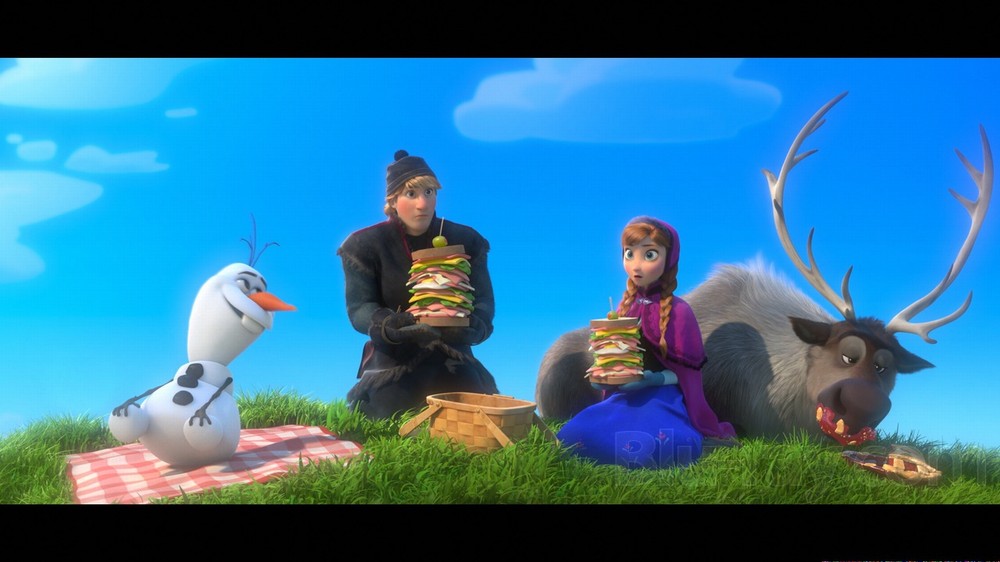 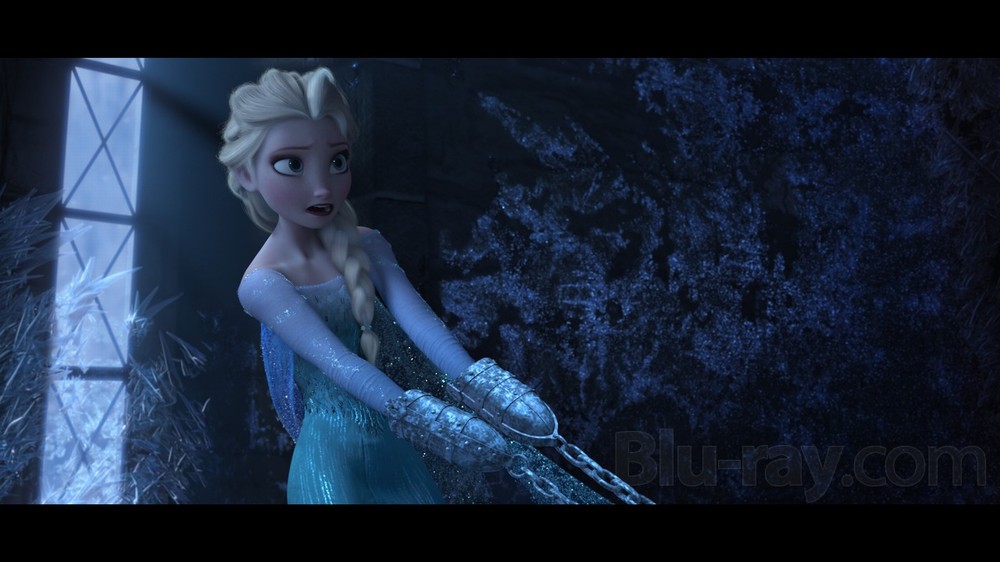 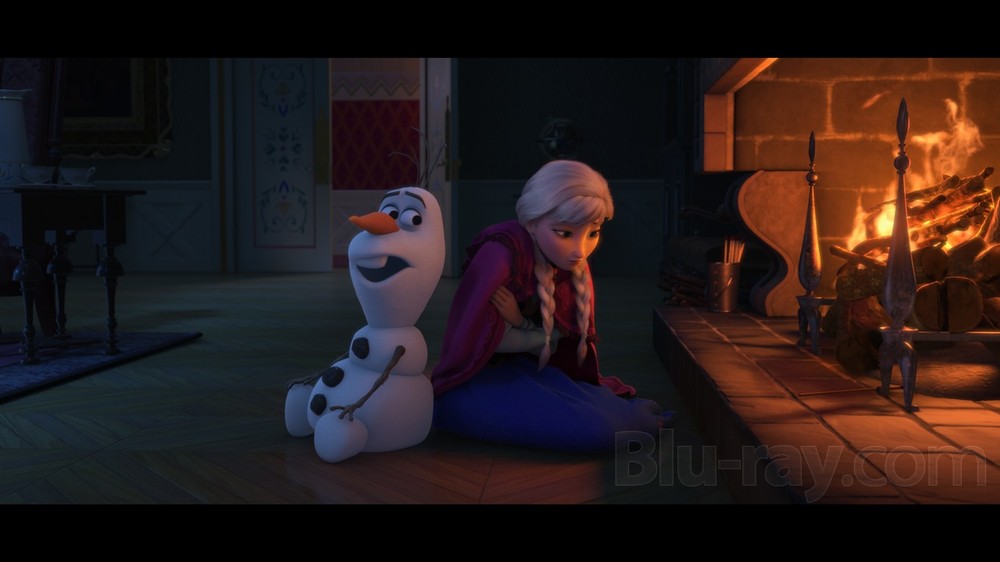 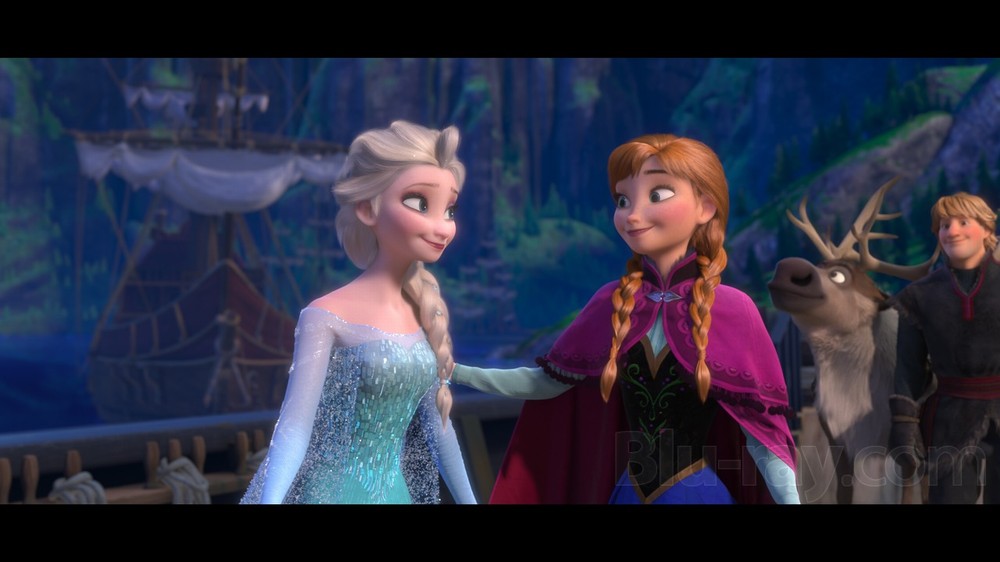