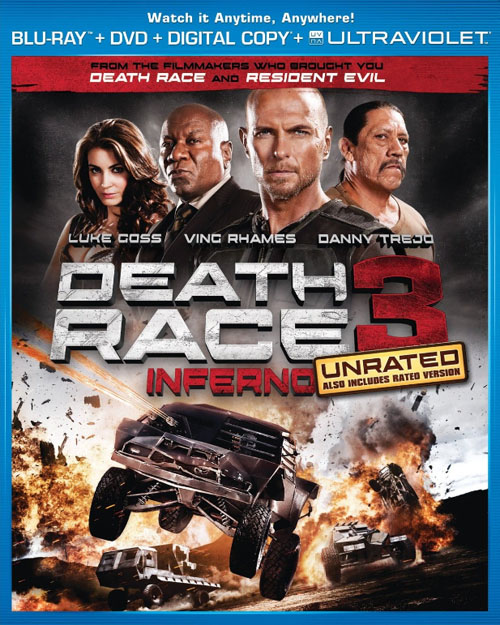 I’m a firm believer that most film franchises get a bit weaker with each new sequel; especially when those sequels make the transition to direct-to-video as was the case with Death Race 2 and now Death Race 3: Inferno, although, technically, these are prequels. There are however exceptions from time to time and these two movies were arguably just as enjoyable, perhaps more so as even the original flick starring Jason Statham. Picking right up where the last movie left off and paving the way for Statham’s story, Inferno slips right into the Death Race mythos with some of the most explosive car-combat racing you’re likely to see in any film outside this series. This is the stuff video games are made of…video games that inspire movies like this.

By now, any Death Race fan knows the setup and the rules of the game. Any convict who wins five races earns his freedom; meanwhile the penal system earns crazy amounts of cash for streaming the events to millions of addicted violence-hungry viewers. Oh, and if you think the NFL has strict rebroadcasting penalties, pirating the video feed for Death Race is punishable by death…unless you are under 18 and then it’s just life in prison. The opening of the film quickly recaps the last movie and transitions into this new one within minutes, so even newcomers hit the ground rolling.

Ving Rhames is the head of Weyland industries, the people behind Death Race, but due to a hostile business takeover Death Race is now the property of Niles York (Dougray Scott) who decides to take the concept worldwide with races set all over the country. His first of many planned global races is set in Africa, so he packs up our current cast of racers and their cars and ships them overseas for a true off-road rally-style experience. Since the race is no longer on an island the drivers all have tracking chips implanted in their neck that will summon a highly accurate guidance missile should they deviate from the course or abandon their car. 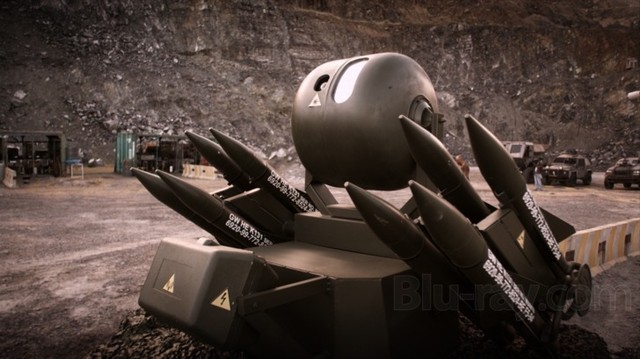 Inferno isn’t all that different from the other two films. We get that same style of sports channel presentation with booming narrator, score cards, and race commentary which makes up about half of the film…the better half. The rest of the time we get to explore some very shallow character development with Carl Lucas (Luke Goss), his hot…hot…hot navigator, Katrina Banks (Tanit Phoenix), and his dutiful pit crew led by none other than Danny Trejo. Dougray Scott chews the scenery and the script in creating one of the most exaggerated villains since Dr. Evil. There are brief intros and backstories for the other racers but don’t get too attached as most end up in a fireball soon enough. But let’s face it. We aren’t watching this for story or drama. We want to see stuff blow up and Director, Roel Reine knows just how to do that, and he even ramps the testosterone levels by adding a new pre-race navigator battle that forces 16 hot women to fight for the ten open positions. Of course, it’s a fight to the death using gladiator weapons and even a flamethrower, and yes…heads will roll…literally.

I have to admit I was a bit bored with Death Race 2 since it was all taking place on the same island prison as the first film, but now that we are out in the dunes and wastelands of Africa the entire concept changes. Pressure plates are now replaced with gates and races wind their way through densely populated villages and even a terrorist camp that take shots at the racers like the Sand People did during the pod race in Star Wars: Phantom Menace. Carl even incites them to join in the race for even more explosive action. And on top of all this, they even manage to work in a prison break movie loaded with plot twists that have you rethinking (and re-watching) key parts of the film.

From a technical perspective, Death Race 3: Inferno looks just as good as any other direct-to-video flick shot on HD digital. The director even talks about buying dozens of these tiny cameras and having his interns think up creative places to attach them, and many of those shots make it into the film. The 1080p/AVC transfer is bright and detailed with great contrast and black levels, especially in the dark prison interiors, but the colors and detail really pop when you get outside and the camera starts to swirl around these cars and trucks that have all been modified for off-road racing. I appreciated the minimal use of CG and loved all the real stunts, effects, and pyrotechnics. 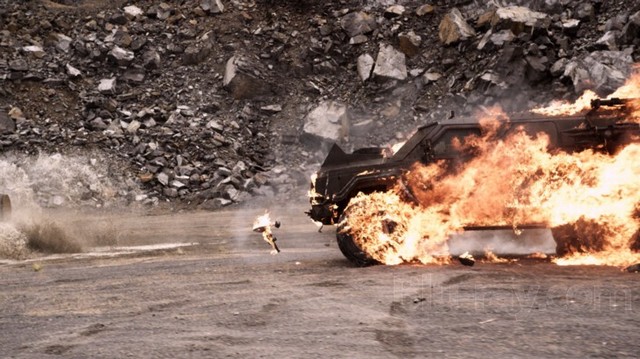 The audio portion of the experience is equally as enjoyable with a powerful DTS-HD MA 5.1 mix that had my subwoofer trembling throughout the film while making the most of surround channels to put me right in the action, and all the while keeping a steady balance of dialogue coming from the front center, so I never missed a word of the cheesy script. Even the music was surprisingly good.

Death Race 3: Inferno offers both an R-rated and unrated cut in the same package, both sharing a 105 minute runtime, so I challenge you to find the difference. The feature-length commentary by Roel Reine does a great job of detailing the challenges and experience of making this film including everything from their decision to shoot in Africa to their acquisition of trucks and cars left over from other movies like Fast Five. You can tell he enjoys making these movies as much as he does watching them…as much as I enjoy watching them. Next up is the 11-minute documentary on the Making of Death Race 3: Inferno that covers the basics and recaps a lot of info from the commentary. Nine Deleted Scenes offer up 22 more minutes that landed on the cutting room floor including an alternate opening and a random clip montage. Last up is Art Imitating Life: Goldberg, a 5-minute documentary on Danny Trejo and how his own life mirrors parts of his character in this film and most of his other roles in his career.

There are no surprises in Death Race 3: Inferno, so if you don’t come away from the credits loving this movie and ready to watch it again then you have no one to blame but yourself. This is a guys’ guys’ movie, best shared with friends (or a frat house) and a keg of beer, and despite its direct-to-video delivery, the stunning Blu-ray presentation will have you thinking you are watching a Hollywood summer blockbuster. Bad ass cars…hot women…explosive car combat…what more do you want? 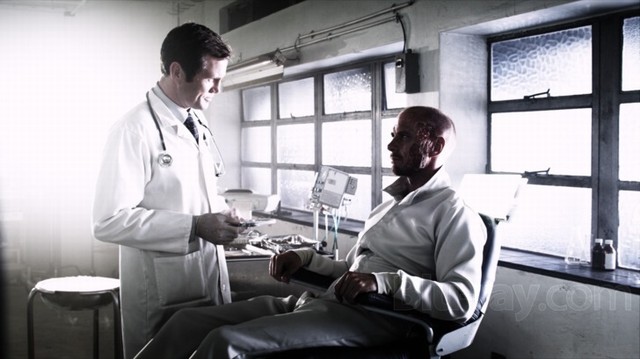 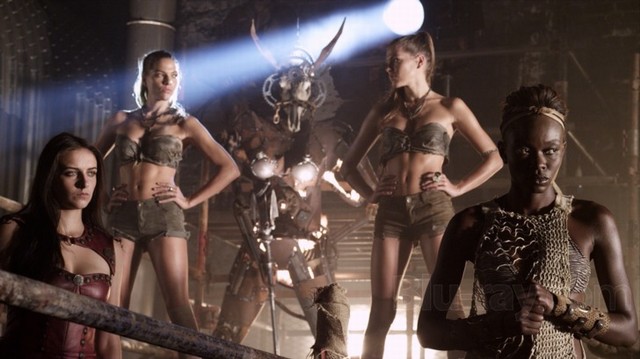 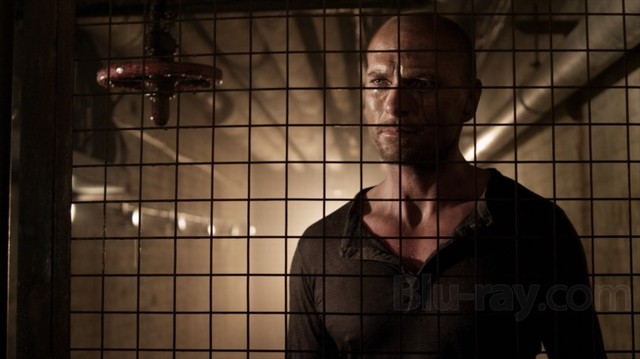 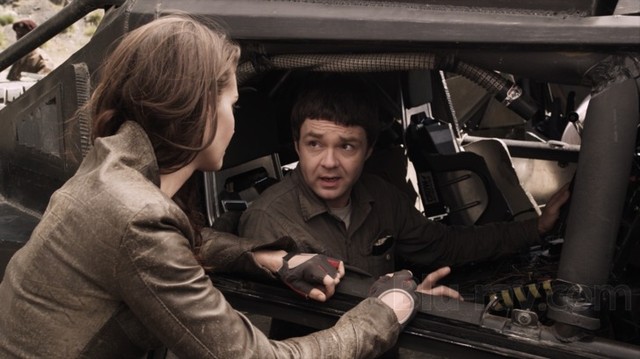 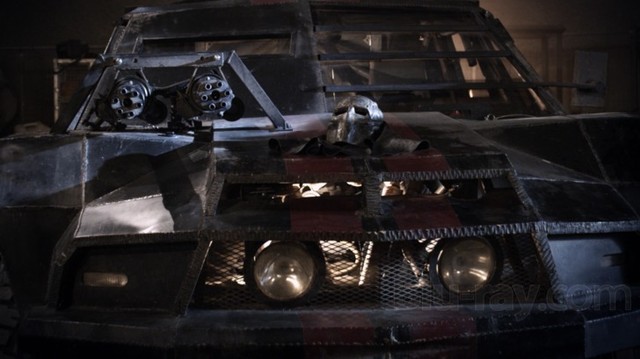 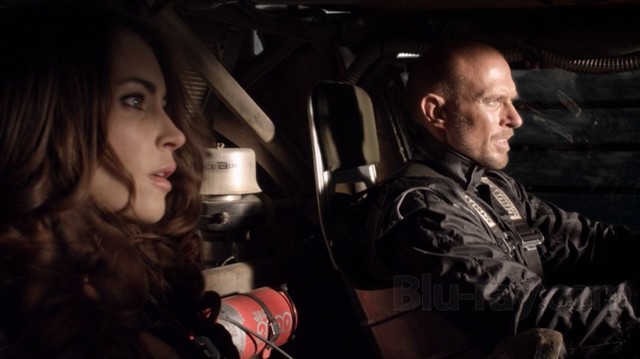 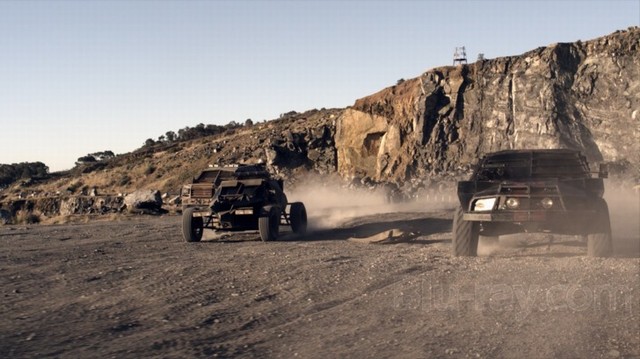 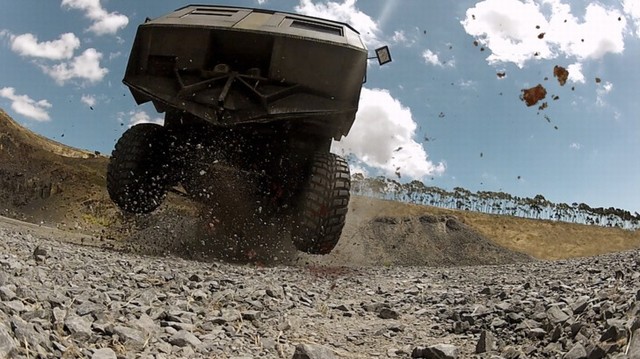 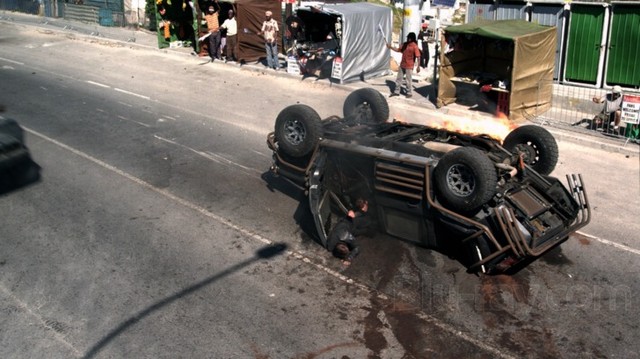 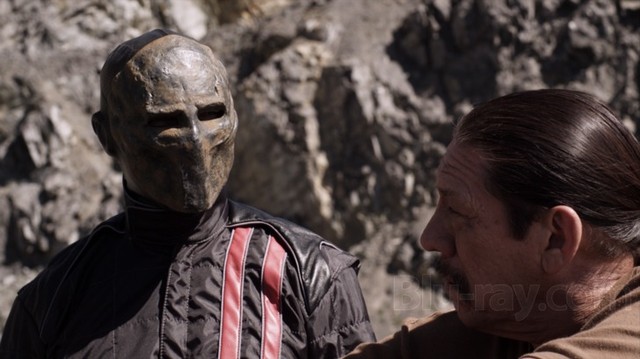