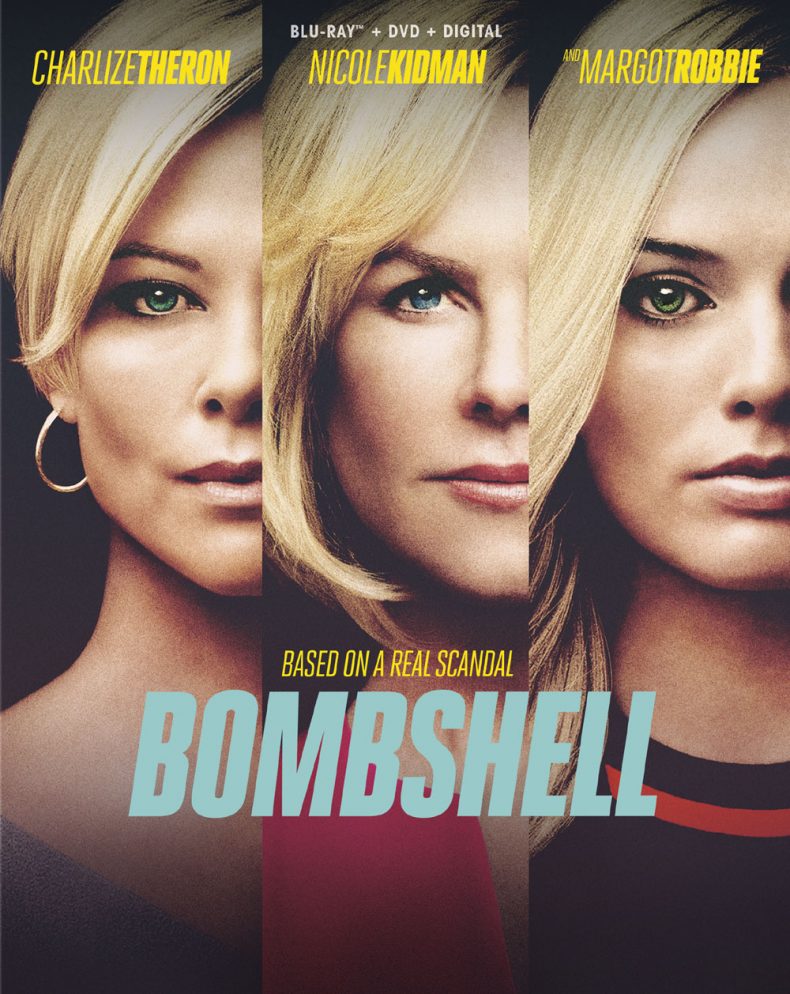 An entertaining and insightful look into one of the biggest scandals of the past decade.

I despise Fox News. They are the closest thing to state-run media since Pravda, so when I heard about the #metoo scandal over at Fox being turned into a movie I was admittedly excited and expecting a full-on Hollywood hit piece. Bombshell is anything but. Part bio and part docudrama, the film is a surprisingly blend of facts and creative license, focusing on two well-known Fox personalities, Gretchen Carlson (Nicole Kidman) and Megyn Kelly (Charlize Theron). The fictional third character, Kayla Pospisil (Margot Robbie) was created to represent a collage of all the other female staffers at Fox who share similar stories of harassment. The end result was something unexpectedly entertaining and totally captivating from start to finish with well-balanced storytelling sprinkled with dashes of humor, interesting fourth-wall breaks that turned the drama into a brief documentary, and some truly amazing performances by the entire cast – even the secondary characters were fun to watch.

Bombshell makes great use of actual events to tie their story into reality, either by showing actual news clips from the time or recreating specific events like the 2016 Presidential debate where Megyn called out Trump on his abusive disrespect of women on national TV. And while much of the runtime seems focused on Megyn Kelly there is a nice balance taking place between the three women and their stories. Gretchen Carlson is the host who first gets demoted and eventually fired, spurring her to seek out legal counsel and sue Roger Ailes (John Lithgow) for sexual harassment. Her assistant, Kayla, an innocent Florida weather girl, has just accepted a promotion with Bill O’Reilly’s staff and is about to discover how things really work at Fox News, especially after a disturbing encounter behind closed doors in Ailes’ office.

The film hits all the infamously documented facts while taking just enough creative license to keep things entertaining while not diminished the terrible indignities these women suffered for decades. We see lots of behind-the-scenes moments, both at work and home for these women and their families depicting the pressure of working for a major news outlet, let alone one that mistreats and objectifies their female staff through short skirts, hair extensions, and transparent desks, not to mention unsolicited sexual expectations to “prove your loyalty” to the boss.

The casting and performances are phenomenal and it’s not surprising this movie won an award for make-up and hair. Theron becomes Kelly and is totally believable throughout with only two moments (a certain laugh and a certain smile) where a recognizable “Charlize” broke through. Lithgow’s transformation into Roger Ailes was nothing short of magical and Kidman was a convincing Carlson. Background players like Geraldo, Hannity and especially Jeanine Pirro also looked and played the part, but the film made good use of title cards for each significant character introduction just in case.

Admittedly, I was hoping that Bombshell would stoke the fires of my disdain for Fox News but at the end of the day (and the film) I realized this is happening everywhere where rich powerful men (and I suppose some women) can use their position of power to pressure their subordinates into unspeakable indignities. Thankfully, these women rose up to take on one of the most powerful men in broadcasting and brought him down. You think you might know the story behind these events from the carefully curated news clippings and reports, but Bombshell tells a much bigger story and entertains while it does it.

Bombshell is available on Blu-ray and DVD with a rather striking 1080p image. Seeing as how the movie was mastered in 2K it makes sense that no 4K/UHD version is being marketed, and considering the style and source of the material the resulting film is quite pleasing with great colors, textures and detail. There are plenty of close-ups on characters wearing pounds of make-up and prosthetics, but you could never tell from the photography. Speaking of, I really enjoyed the documentary-style handheld feel to the camera work where the view would rapidly shift from character to character or unexpectedly zoom in on a face or object on a desk. It really helps put the viewer in the movie in a convincing and sometimes uncomfortable voyeuristic way.

I wasn’t terribly impressed with the audio presentation; not that this film offered any opportunities to shine. There was very little (if any) LFE, even in the soundtrack to drive my subwoofer and minimal use of the surround channels mostly to immerse you in the office scenes. The lossy Dolby Digital 5.1 mix just seems cheap and lazy when almost every other movie is outputting lossless audio.   The mix we do get manages to get the job done with clear and prioritized dialogue from the front and center. The soundtrack is catchy and there are a few instances of vocalization/chanting in the score that are quite haunting.

Bombshell has a single bonus feature, broken down into seven parts. No Easy Truths: The Making of Bombshell is a 94-minute documentary that is as long as the feature film and just as interesting for those who want to know more about the movie and how it was made. When it’s over you will know everything about the film from its origins, casting, makeup, hair, wardrobe, and more. The only thing missing would have been a feature commentary.

I had no interest in Bombshell when it arrived in theaters and even less interest for its inevitable home release, but when given the chance to review this now-award-winning film I decided to give it a shot and am totally glad I did. I quickly realized that what little I knew of these events was just a fraction of the story. Bombshell educates while it entertains and does so with some incredible performances from some talented actors and great production values from the director and everyone on his team. This is definitely a movie worth seeing.