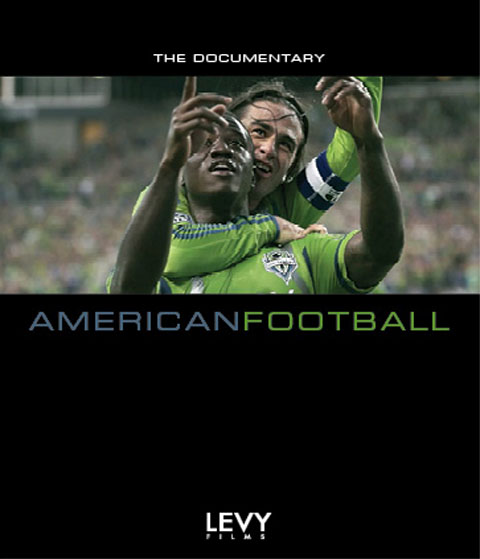 This film was a huge undertaking and it pays off with a unique blend of interviews and skillful cinematography that shows the beauty of Seattle and the game of soccer.

Some key interviews are missing including (now retired) goalkeeper Kasey Keller, minority owner Drew Carey (yes, that one), and any number of other voices in the Seattle and MLS landscape that could have given different perspectives about the success and failures of the Sounders.

Overall American Football is about the game that shows the beauty of life and teamwork in a uniquely American setting and is certainly worth any sports fans time.

I attended my first Seattle Sounders soccer game in October.  Soccer is sort of my second religion so I have read and watched plenty of news pieces on the Sounders. Most stories revolve around the Sounders average attendance (44,038 this year), which is better than most soccer teams in the world. The game I attended had over 60,000. An American soccer team that would be in the top 5 in attendance in the English Premier League and most other top flight leagues. That gets attention.

American Football begins at the end of the 2011 Major League Soccer season. Seattle has just lost the first leg of a playoff series against Real Salt Lake… and coach Sigi Schmid is not happy.  The camera sits stationary in the corner of the locker room as goalkeeper Kasey Keller walks in and dejected teammates quietly follow. Then Sigi cuts loose with an f-bomb laced kick in the pants that rivals any coach.  It’s the side of soccer that we rarely get to see.

The film moves forward with interviews from many of the 2012 Seattle Sounders. They talk about life, their biggest challenges and triumphs, family, love and soccer. The Sounders have been very successful. They’ve won 3 U.S. Open Cup tournaments and always qualify for the MLS Playoffs. But they never get to the big dance. They have never made it to the MLS Cup Championship.

“American Football” is a bit of a misnomer. Make no mistake; this film is about the Seattle Sounders soccer team. So it’s not really about “American Football” (i.e. the NFL) and it’s not generally about soccer in America. The filmmakers followed the Seattle Sounders around for a couple years. They interviewed the Sounders players and coaches. Though I would assume they did film interviews with fans and many others, they are not included in the film.

While I completely enjoyed this film, I would have loved to see interviews with players from other teams – and it actually be more about the growth of the sport in the United States and particularly in Seattle. How did an American soccer team become such a huge success? The style of the film certainly lends itself to a unique blend of live action and voiceover that would rival any Ken Burns PBS documentary.

The filmmaking style is a rare and enticing blend of interviews and games but it was filmed in a way that really illustrates the beauty of ‘the beautiful game’. The game footage is predominantly shot ‘wide open’ with everything in sharp focus from foreground to background.  It’s an unusual and engaging technique of normal speed and sudden crystal clear slow motion that really is art. When it goes into slow motion we are just conditioned to watch closely because something amazing may happen. The majority of the game footage has little or no game audio – instead indie style music enhances the visual poetry. It’s just a pleasure to watch. This film is a full motion art exhibition.

The film clocks in at 2 hours and 24 minutes (with an additional hour of bonus film on the Blu-ray) – and it could have gone on a lot longer. At some point it had to end. MLS is only off from December to March so American Football was ‘out of date’ before they sent the disc to the duplicator. There was a lot of upheaval in the short amount of time from duplication to distribution.

American Football doesn’t go into the recently completed 2013 season. The drama of this season continued as several major players were released or traded and USA star Clint Dempsey arrived from England. Also in the midst of everything else, a women’s pro team began playing in Seattle.  Levy Films was on hand to film some events which you should be able see online on YouTube or the Levy Films website www.levyfilms.com but some of the story remains the same – Seattle still hasn’t made it to the MLS Championship game.