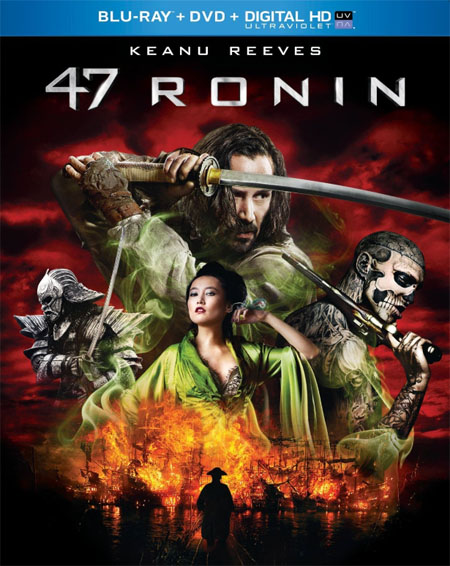 Lack of commentary and behind-the-scenes features detract greatly from the value.

47 Ronin is a fantastic action-fantasy movie that you can (and will) watch multiple times.

Talk about one of the most underrated movies of the past five years…I can just barely remember the few TV spots for this film that were promoting its Christmas Day release in 2013, and honestly, who goes to see this kind of movie on a holiday?   The film must have only been in my town for a week at most, quickly getting shoved out the multiplex’s backdoor by a host of other competing films.  It never stood a chance in theaters, but thankfully, this stunning film has arrived on Blu-ray so it can get the attention and praise it deserves.

47 Ronin is loosely based on (more inspired by) one of Japan’s most honored and celebrated stories in its illustrious culture.  It is one of the first; perhaps only, domestic Hollywood films to have the cinematic style, grace, and production values of a Japanese-made film with an outstanding cast who, for the most part, overshadow Keanu Reeves for much of the film as he is forced to act with pure expression and soulful eyes in nearly every scene. 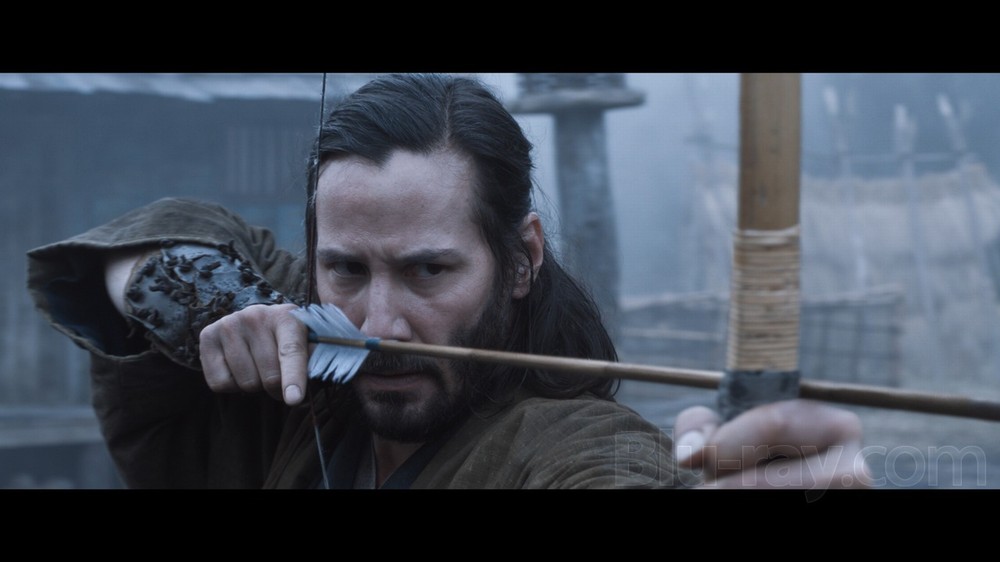 Keanu plays Kai, a half-breed abandoned at birth and raised by a mysterious and perhaps magical tribe of forest warriors.   As a young boy he forsakes his tribe and escapes into the woods where he is found by Lord Asano Naganori (Min Tanaka) who takes him in as his own.  Kai naturally falls in forbidden love with Asano’s daughter, Mika (Ko Shibasaki), but their secretive romance is a very minor part of the story.  The first act of the film does a masterful job of setting up the characters and showing the importance of honor and respect and the role everyone plays in this structured society.

The treacherous Lord Kira (Tadanobu Asano), working with a shape-shifting witch (Rinko Kikuchi) manages to dishonor Asano in front of the Shogun who orders him to commit seppuku.  With their lord dead, the samurai under his rule now have no master and become Ronin.  The Shogun orders that Mika and Kira will be wed after one year of mourning, thus uniting the two realms.  The leader of Asano’s warriors, Oishi (Hiroyuki Sanada) is thrown into a pit during that year, released just in time to quickly assemble a fighting force of 47 Ronin and try to stop Lord Kira’s evil plans.

Great care was taken in preserving the integrity and intent of the original story of the 47 Ronin while infusing it with just enough Hollywood fantasy to engage audiences of all cultures and ages.  The movie opens with a fantastic action sequence with dozens of warriors trying to bring down this mythical demonic beast that looks like a creature from a video game.  More subtle humanoid creatures like the Ogre in the pit fight and Kai’s almost alien-like foster parent tribe integrate perfectly into the story and this world, and the final battle with the witch-turned-dragon is one of the coolest and most majestic things I’ve seen in a movie this year.  CG is expertly used to enhance the scenery, extended the sets, and blur the lines between fantasy and reality to create something wholly unique and at many times, just as good as any you might see in the Lord of the Rings films. 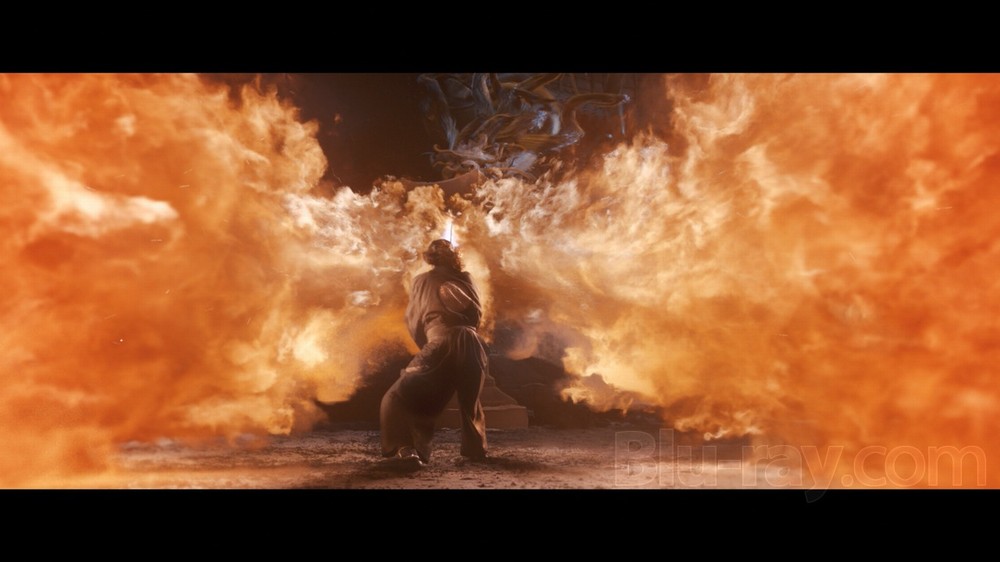 The 1080p/AVC transfer is stunning, thanks mostly in part to the elaborate and colorful costumes that pop off the screen.  There are numerous scenes of great pageantry, with each tribe having their own primary color palette so they are easily picked out from the mix.  The CG scenery is seamlessly integrated into fantastic location shots, and the overall presentation is completely free of artifacts and loaded with texture detail.  The DTS-HD 5.1 MA track brings these stunning visuals to exciting aural life with perfectly prioritized dialogue, powerful LFE that had my sub woofing (or at least trembling) throughout much of the film.  Even the rear channels were put to expert use to completely immerse you in the viewing experience.

Given it’s rather poor box office results I had no hope for any substantial extras in this DVD release.   There are 4 Deleted Scenes that are actually quite good and fully developed and could have just as easily been left in the film.  I was waiting the entire film for Mika to try and poison Kira with that vial her handmaidens gave her, and there is a deleted scene showing just that.  “Re-Forging the Legend” is a 7-minute discussion with Keanu and director Carl Rinsch who go into brief detail on the making of the movie, but this only leaves you wanting more.  “Keanu & Kai” is a 4 minute look at how Keanu embodied the role of Kai while “Steel Fury” is a 6-minute feature on the action and swordfight choreography.  Last up is “Myths, Magic & Monsters”, an 8-minute look at the mythical creatures from the film and how they were created using CG and one of the tallest men in England.

47 Ronin is a fantastic action-fantasy movie that you can easily watch multiple times – I’ve already viewed it three times in just two days and that’s without a commentary track.  Sadly, without any compelling extras or bonus material this would normally be a tough movie to recommend as a purchase, but with its perfect pacing, great story, stunning pageantry, outstanding audio, and seamless CG effects, 47 Ronin is still a worthy addition to your Blu-ray library – even more so if you can find it on sale. 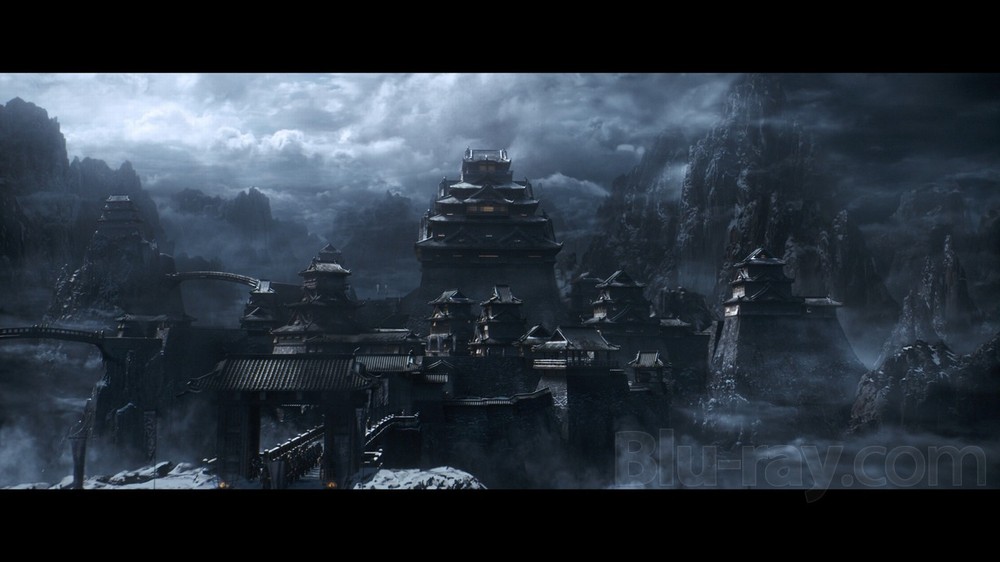 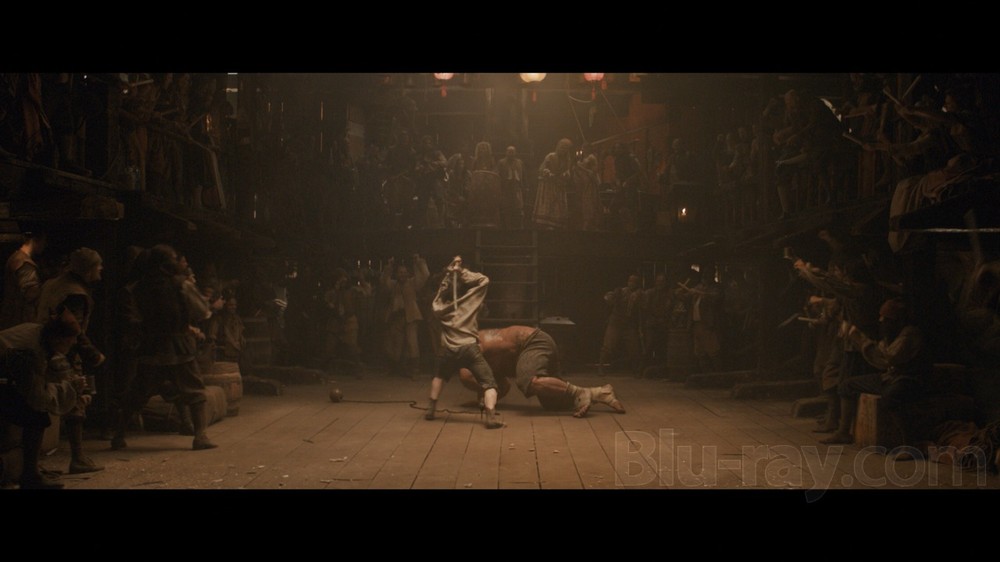 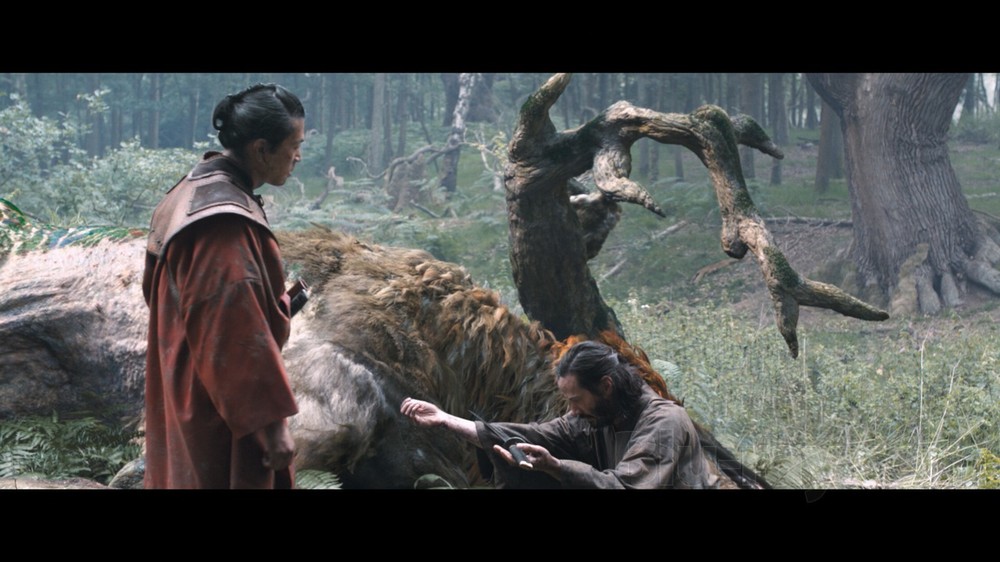 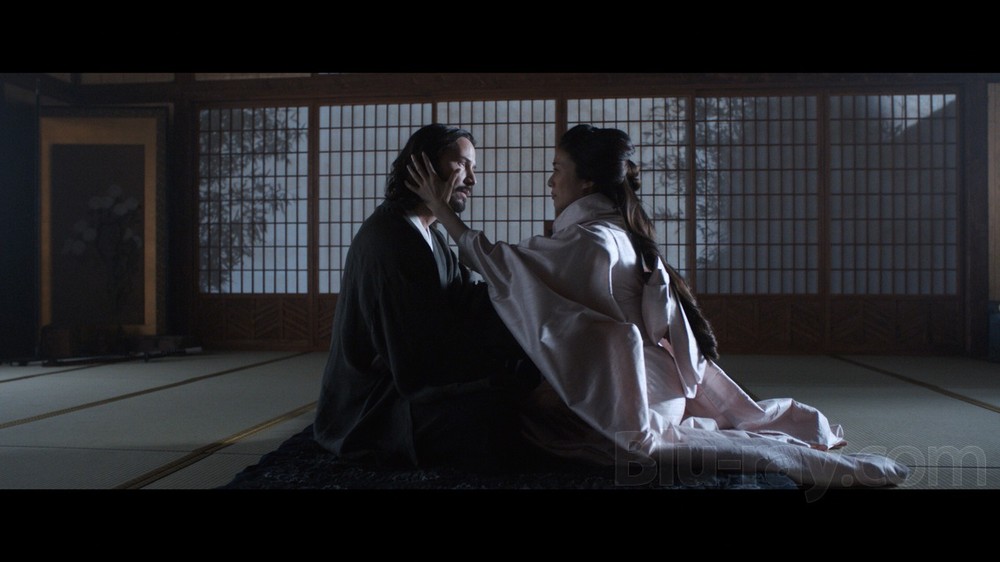 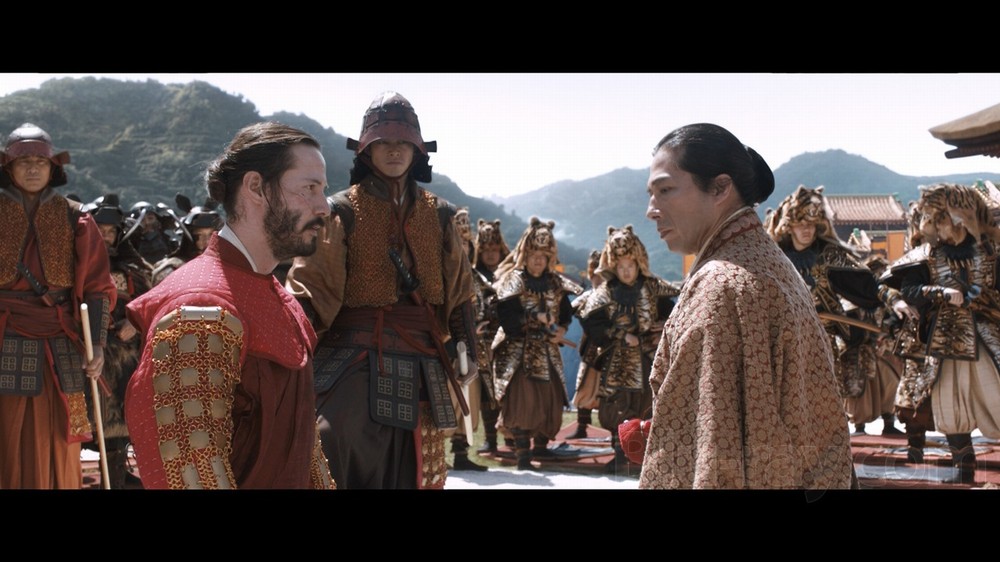 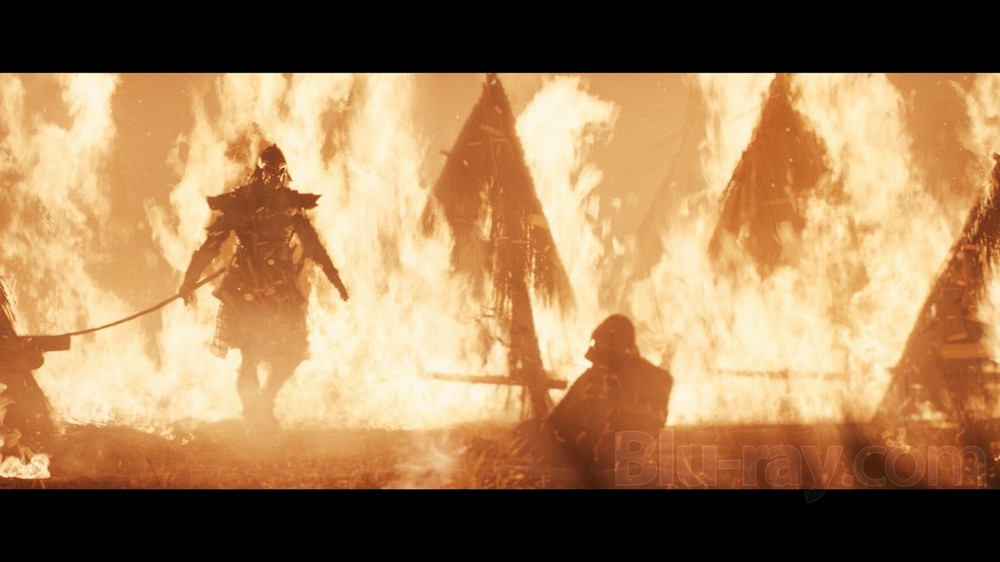 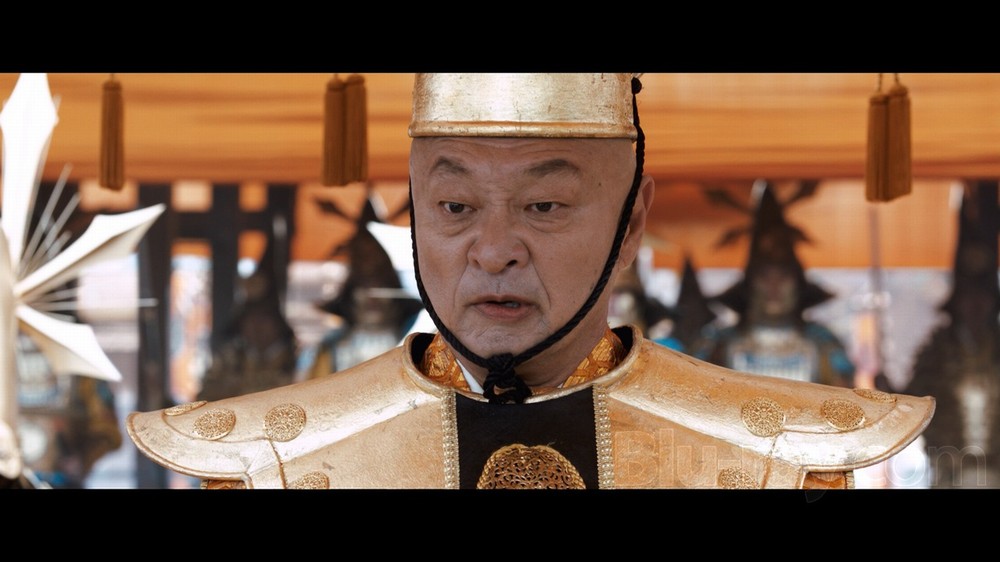 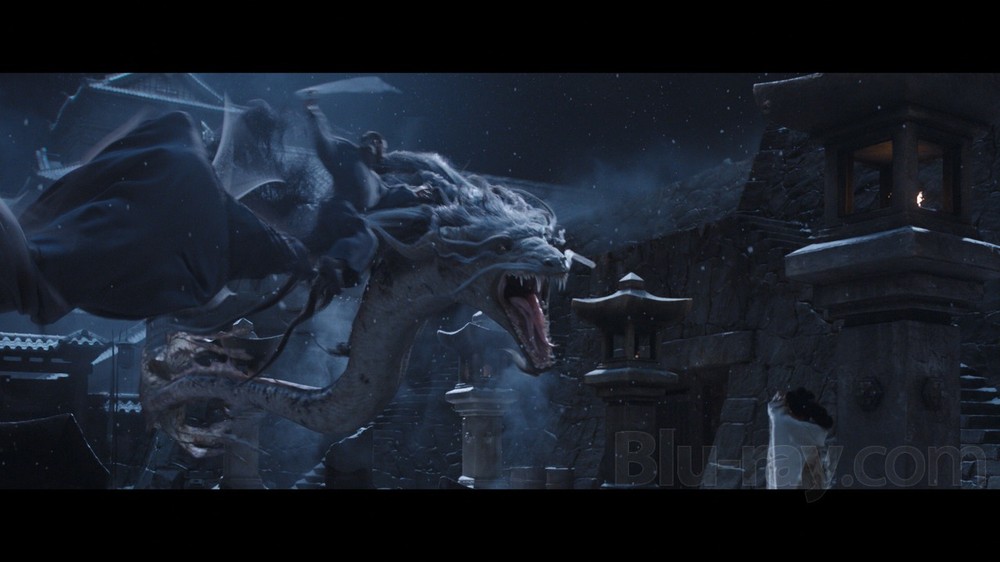 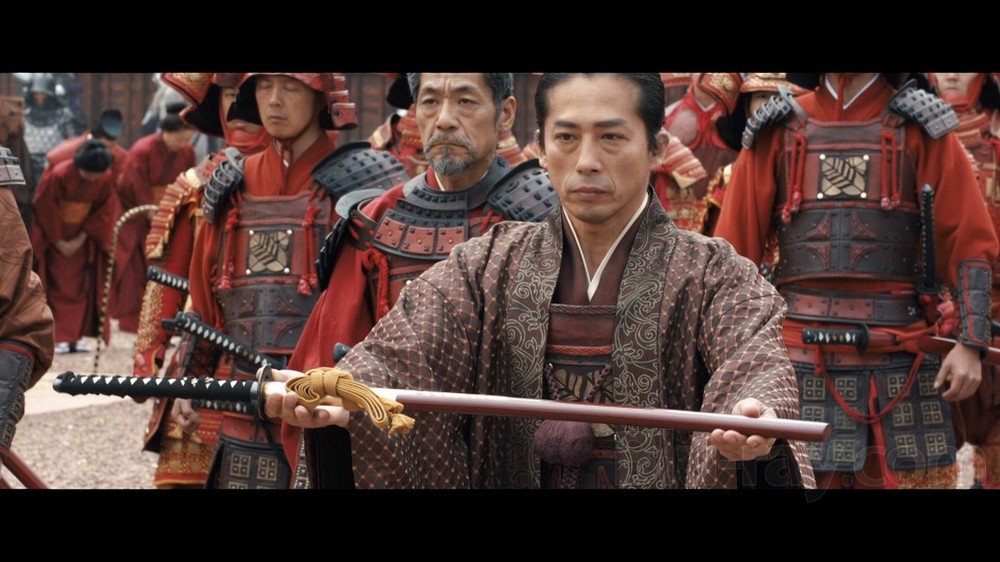