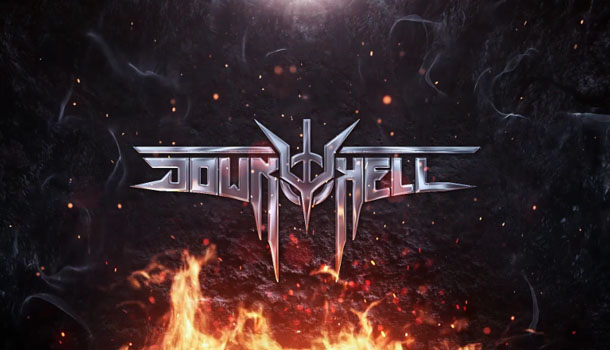 Polish developer Red Dev Studio is proud to present the first episode of Down To Hell, which releases today and marks the game’s premiere in Steam Early Access. Putting an unique, 2D spin on the gameplay of Devil May Cry and similar classics, Down To Hell test the skills of players in fight with demonic entities in an immensely atmospheric slasher powered by music from popular metal bands Decapitated and KORONAL.

In Down To Hell players will take up the role of a lone, mysterious swordsman, bound by his debt to an equally enigmatic girl who saved his life once. Now, with the girl captured by demonic forces, this warrior needs to carve his way to hell itself in attempt to save her.

Down To Hell is best described as a 2D answer to combo and style based gameplay of dynamic slasher games such as Devil May Cry, with deep fighting system, rising levels of challenge and battles with larger-than-life bosses which test player’s skills to maximum. This approach is spiced up with selected elements of beat’em up, Soulslike and Metroidvania genres, to provide a diverse gameplay experience. But the game wouldn’t be as much fun and eye-candy without grim, but evocative art style inspired by covers of metal albums, the darkest of dark fantasy and classic references such as legendary manga Berserk. The dark atmosphere is punctuated by a truly metal soundtrack. Decapitated and KORONAL are onboard to illustrate adrenaline-fueled boss encounters with their music – with more renown metal bands joining the score soon.

The Early Access period will bring in 5 large episodes for the starting price of the EA version, released periodically in 2-3 months intervals. The first episode, with up to four hours of challenging fun including 4 epic boss battles, is available on Steam now. Next episodes will bring new atmospheric environments, new music, new enemies to overcome, as well as new intricacies to combat system and more magic to use, making the gameplay even deeper.

The Early Access version of Down To Hell is available on Steam at 9,99 USD/EUR. The game is available in Mac version from Day One. Red Dev Studio has more surprises planned for the next episodes of the game, so follow their official page to be up to date.