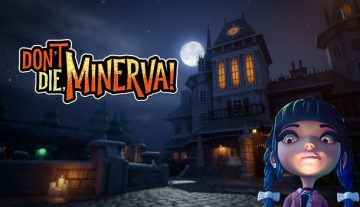 Watch out! Don’t Die, Minerva!, the spooky rogue-like with a bullet hell twist from Xaviant, is getting a second update on Friday, January 10th.

This new update sets the Don’t Die, Minerva! team on towards their goal of taking the overall leveling experience found in games like Diablo III, and compressing it into a run that lasts just a little over an hour. Xaviant is set to launch the update simultaneously on both Steam Early Access and Xbox Game Preview.

“We want to capture all of the excitement of unlocking new abilities and constructing new builds with legendary gear into a bite-sized experience.” says Don’t Die Minerva! Designer and Xaviant Director of Operations Josh Van Veld in the latest Xaviant blog. “Minerva isn’t a huge game, but it does have a lot of variety to offer and we found that it could be slow to get there. So we’ve sped up the pace and increased the amount of loot you’ll find, including guaranteed Legendaries on nearly every floor of the dungeon.”

Check out the latest blog from Xaviant with more details about what’s to come here.

Patch notes for the new update will appear on the Xaviant blog alongside Friday’s update, but a few of the more exciting details have been revealed:

You can check out our initial impressions of the game in this video and we will be streaming more gameplay when this, and future updates, arrive.

I've been an avid gamer since I stumbled upon ZORK running in my local Radio Shack in 1980. Ten years later I was working for Sierra Online. Since then I've owned nearly every game system and most of the games to go with them. Not sure if 40 years of gaming qualifies me to write reviews, but I do it anyway.
You might also like
Gaming NewsLive Gameplay Videos