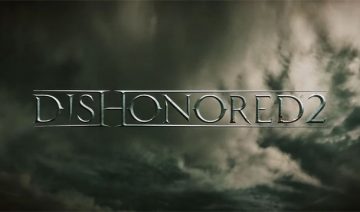 Bethesda Softworks today announced Dishonored 2 is now available for the Xbox One, PlayStation® 4 computer entertainment system and PC. Dishonored 2 is the award-winning first-person action game developed at Arkane Studios, and the follow-up to the 2012 ‘Game of the Year’, Dishonored.

“We’re thrilled to announce that Dishonored 2 is now available worldwide. The project was a labor of love, and it makes us incredibly happy to craft this kind of experience for our players,” said Arkane Studios’ co-creative director, Harvey Smith. “Whether you’re #TeamEmily or #TeamCorvo, thank you for your time and your passion. We hope you love the game as much as we do.”

Reprise your role as a supernatural assassin in Dishonored 2, the next chapter in the award-winning Dishonored series which won more than 100 ‘Game of the Year’ Awards. When Delilah, a mad witch armed with powerful black magic, seizes the throne the fate of your Empire is left hanging in the balance, how far will you go to hunt down your enemies –  and take back what’s yours? As either Empress Emily Kaldwin or Corvo Attano, marked of the Outsider and gifted powerful new supernatural abilities, travel beyond the legendary streets of Dunwall to Karnaca – a once-dazzling coastal city that holds the key to restoring Emily to power and forever altering the fate of the Empire.

Dishonored 2 has already earned praise from critics since its release across the globe with IGN raving that the game is “a magnificent stealth experience” while PC Gamer notes that the sequel is “shaping up to be bigger and better in almost every way”.

Dishonored 2 is rated M for Mature by the ESRB and is priced at $59.99. For more information on Dishonored 2 visit: dishonored.bethesda.net.